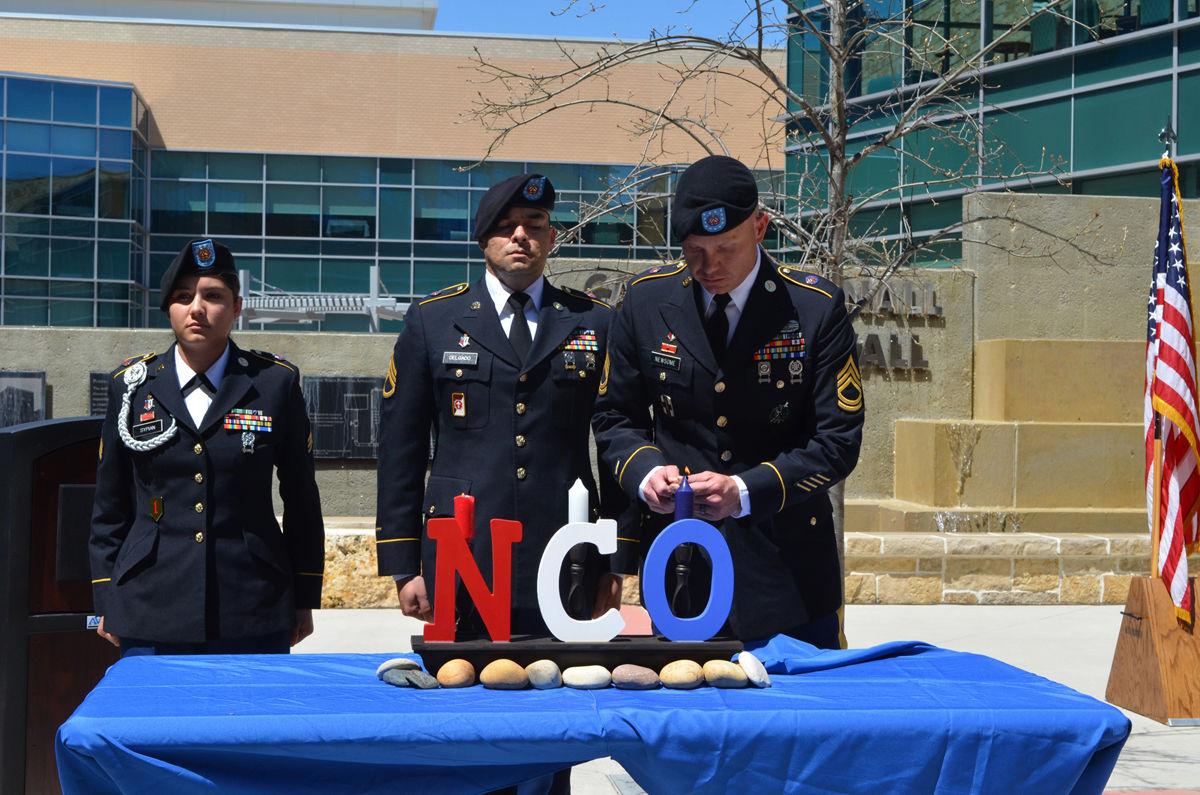 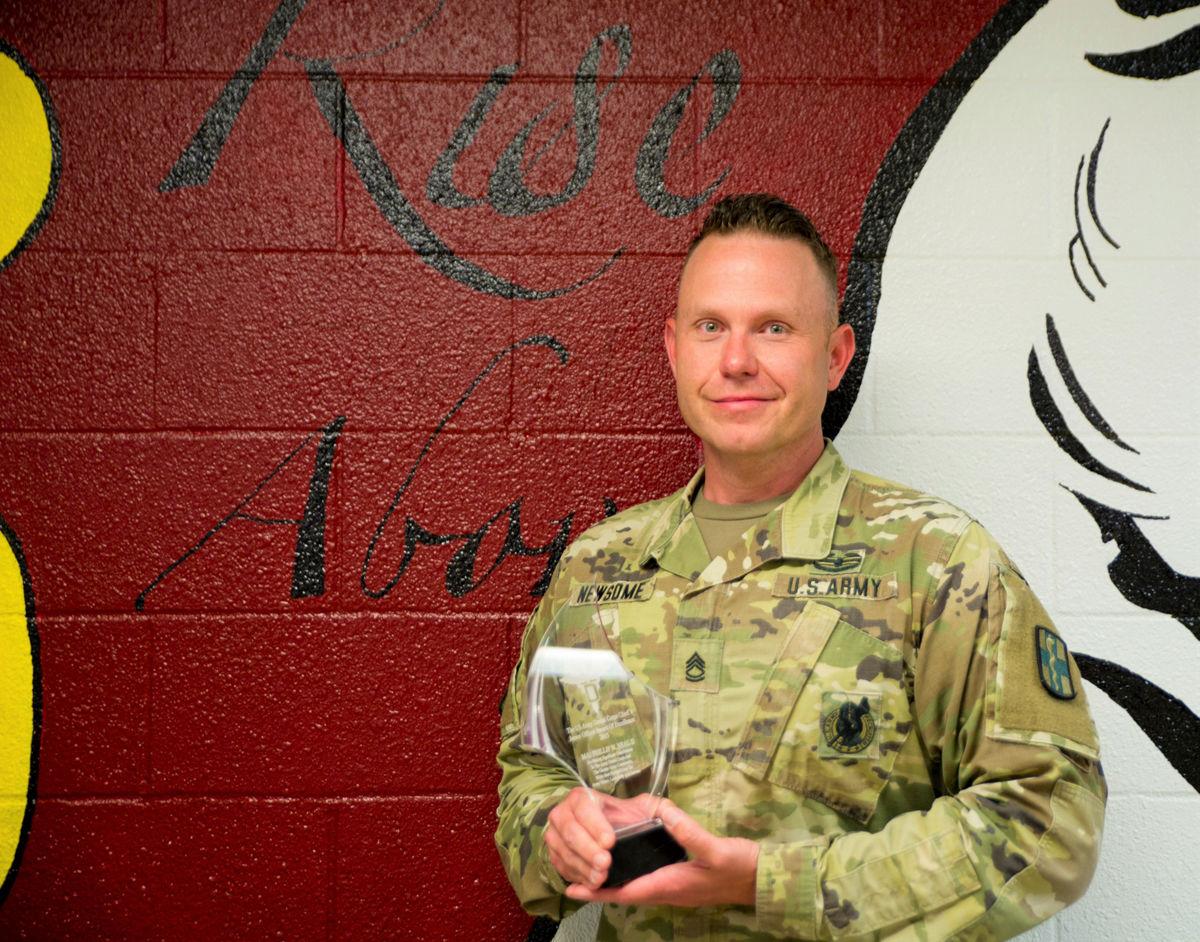 Sgt. 1st Class Shannon Newsome  proudly holds up his Noncommissioned Officer Award of Excellence for fiscal year 2020, given to him by the U.S. Army Dental Corps.

Sgt. 1st Class Shannon Newsome  proudly holds up his Noncommissioned Officer Award of Excellence for fiscal year 2020, given to him by the U.S. Army Dental Corps.

“The individuals selected have been identified by the board for their profound impact on the Dental Corps and the greater military health system,” Bagby said. “Their direct and distinct contributions have been invaluable to the success of the Army dental care mission and definitely deserving of special recognition.”

Newsome joined the Army as an oral surgery tech in July 2003 and joined the Corps of Noncommissioned Officers in October 2006 when he earned the rank of corporal.

Newsome’s drive and motivation helped him achieve the rank, and he still keeps those same values to continue molding a prestigious career.

“You have to learn your craft – Soldier skills, technical skills and communication skills,” Newsome said. “I often see Soldiers trying to learn advanced skill sets without knowing the basics. If you start building an advanced structure on a non-complete foundation, your building will surely fall. Take the time to invest in the foundation, once that’s complete, you can build anything upon it.”

Newsome distinguished himself not only as an oral surgery tech, but as a leader with many notable accomplishments. In addition to clinical operations, Newsome was critical in many strategic levels of operations.

“The Army wants and needs adaptive and knowledgeable leaders that can operate in multiple environments and organizations,” Newsome said.

As a recruiter, Newsome was awarded as the top Army Medical Department recruiter three years in a row by the U.S. Army Medical Recruiting Brigade.

On the operations side, Newsome collaborated with a division level headquarters to establish a cycle to validate Army Reserve dental companies to ensure five DCAS would always be ready to deploy at a moment’s notice.

“He enabled the execution of over 10 exercises in less than seven months,” Neal explained.

Newsome also oversaw the deployment of DCAS personnel to European Command for the Kosovo Force mission and to New York City, New York, as part of the COVID-19 response.

Being awarded the Dental Corps Chief’s Award of Excellence is a prestigious honor. Individuals who are recognized are true examples of the professionalism of the Dental Corps.

“Sgt. 1st Class Newsome’s impact has been dramatic,” Neal said. “His doctrinal knowledge, drive for excellence and ruthless enforcement of standards are keys to his success, he continuously exceeds all expectations. I have never seen an NCO more deserving of this recognition.”