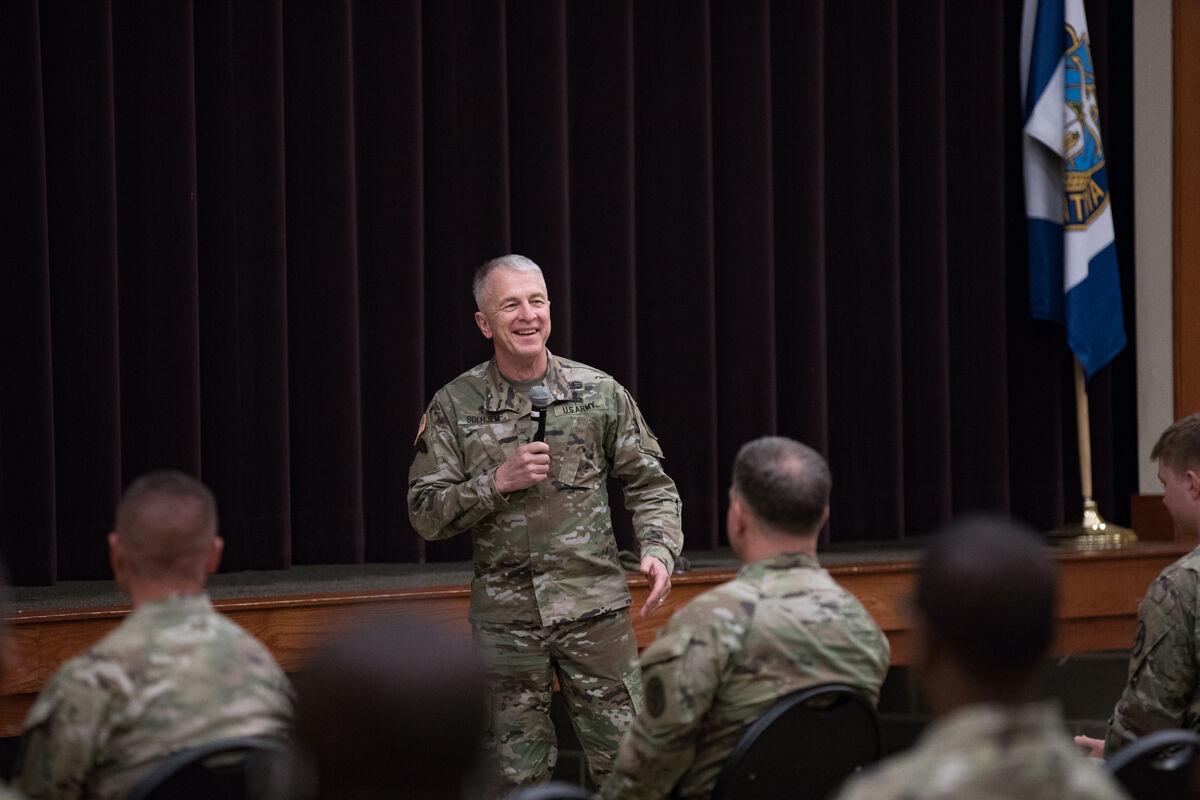 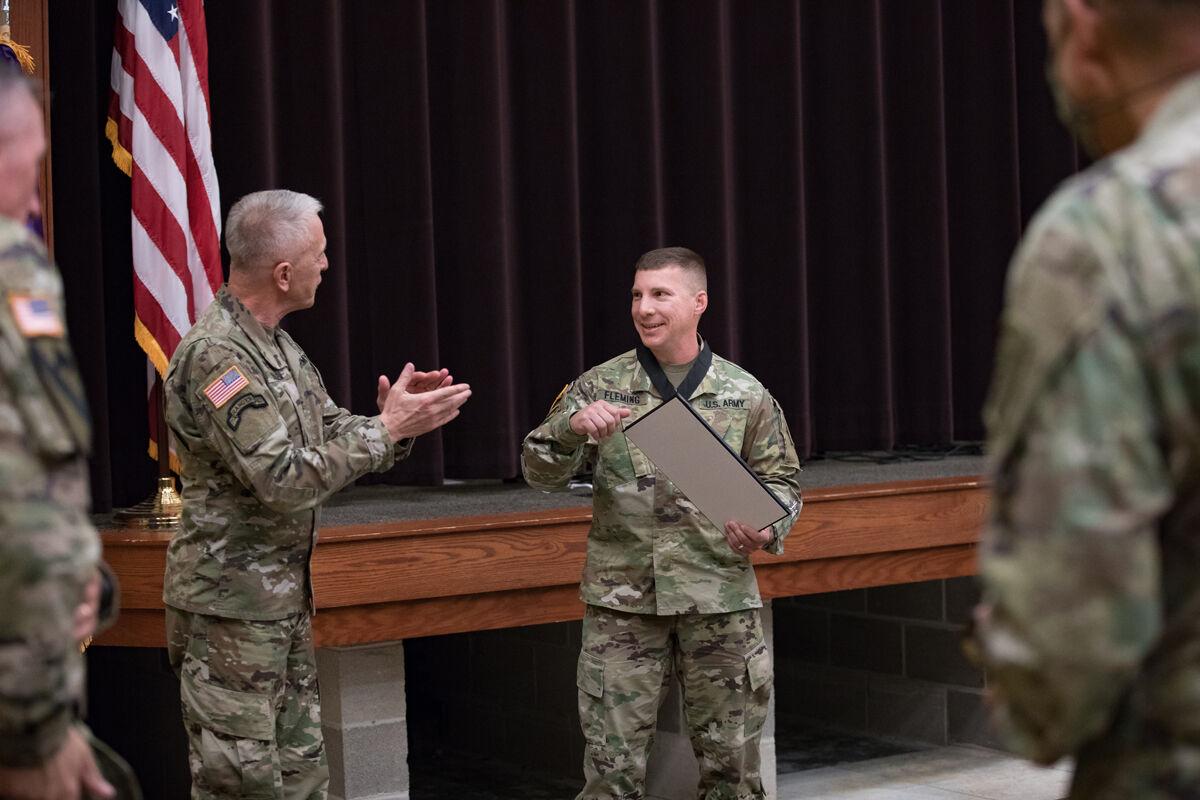 Several Soldiers were recognized for their above and beyond contributions to the Army including Master Sgt. Paul Flemming, 1st Army Div. West,  who received the Honorable Order of the Saint Martin De Porres.

Several Soldiers were recognized for their above and beyond contributions to the Army including Master Sgt. Paul Flemming, 1st Army Div. West,  who received the Honorable Order of the Saint Martin De Porres.

“I think it’s important to affirm the work that is invisible. Mostly what the ministry teams do, it’s confidential, privileged communication,” Sohljem said. “I know they’re working hard. I know that when everybody else went virtual, they were still doing in-person. They were still maintaining connections with Soldiers. It’s often unrecognized.”

He admitted that he felt that the ministry teams needed the encouragement.

“I don’t think it’s necessarily tied to the things that are going on currently at Fort Hood. It’s bigger than that,” Sohljem said. “I think as unfortunate … as the recent news has been, the things that have happened, there are so many things that are positive that they do each and every day that never see the light of day. I just think they need to be affirmed, and that’s what a leader does, right?”

He offered them advice and reflected on his career, stating how trust is a vital element, not only in their line of work, but to the Army as a whole.

“We’re at an inflection point in our history. We’re at an inflection point similar to the end of the Vietnam War. We broke trust with the American people, we broke trust within our own ranks, and we paid a price for that. I joined that Army, and I survived, but I did not thrive,” Sohljem said. “I have two priorities: people and communities. If we take care of people, if we put people first, then at the end of the day, we’re going to win. If we don’t put people first, we’re going to break trust with each other and we’re going to break trust with the American people.”

He talked about how crucial it is to be a virtuous person and to love others if you are a part of the Chaplain Corps.

“We have a different standard, the Chaplain Corps. Why? Because the mission is so important to people. We put them first and when you don’t put each other first, shame on you. All of us, your chief included, sometimes need a spiritual spanking and to be reminded of what we’re here to do,” Sohljem said. “Leaders need us to step up … They need us to help build and restore trust that has been broken. If you wear a religious symbol on your uniform and you’re not a loving person, then you’re in the wrong profession. If you have a U.S. Army emblem on your uniform, and you don’t love your fellow Soldier, then you’re in the wrong profession.”

Several Soldiers were recognized with coins for their outstanding contributions, including Master Sgt. Paul Flemming, 1st Army Division West, who received the Honorable Order of the Saint Martin De Porres.

He was caught off guard when his name was announced to receive the award, and he was humbled to receive it. He believed that the timing of Sohljem’s visit could not have been better.

“It was fantastic. The timing of him coming out was supernatural. The words of encouragement were very uplifting,” Flemming said. “There’s a lot of pressure on people here at Fort Hood and all the Chaplains and MT’s as well. His timing was very prophetic.”

“I want to commend you for standing when the storm came at you here. So thank you. That’s really what I want to say,” Sohljem said. “Thank you for what you’ve been doing, thank you for what you’re going to continue to do both now, the present, and into the future. If you ever feel like you’re alone, you’re not alone.”