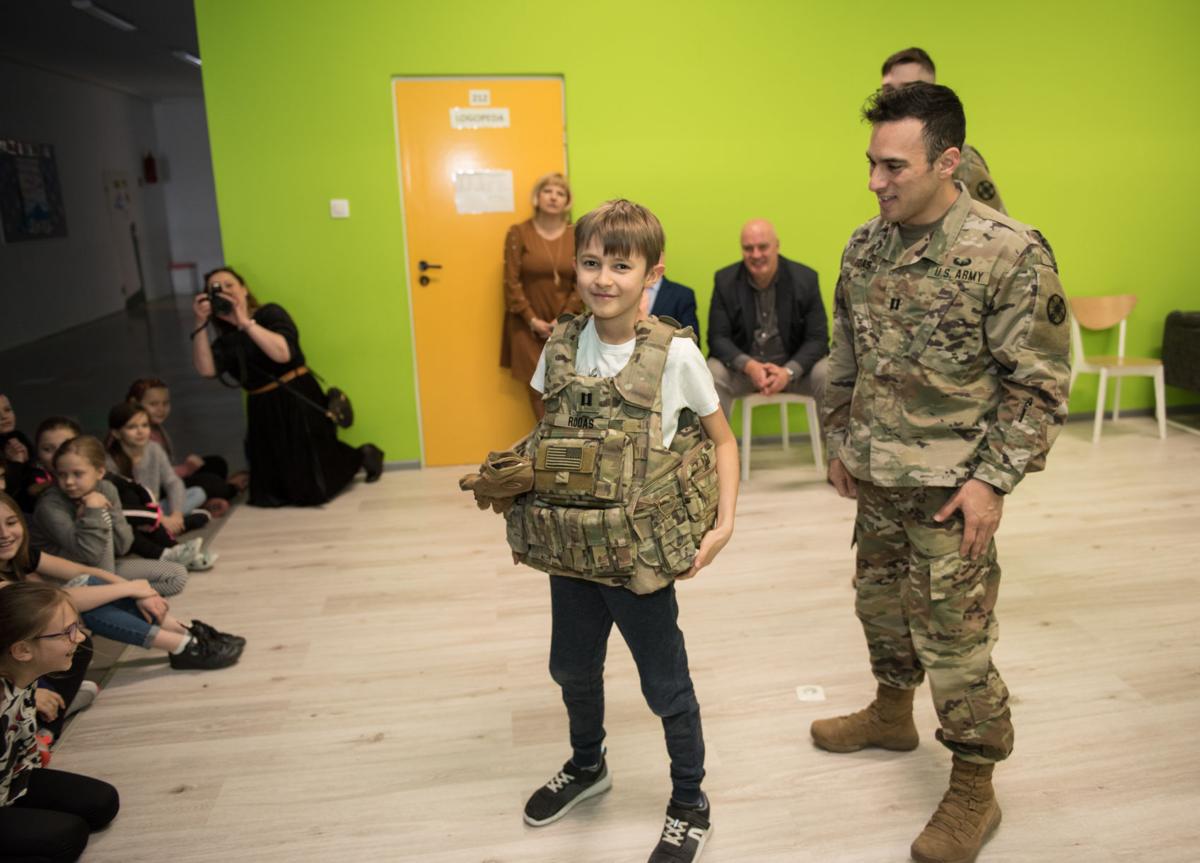 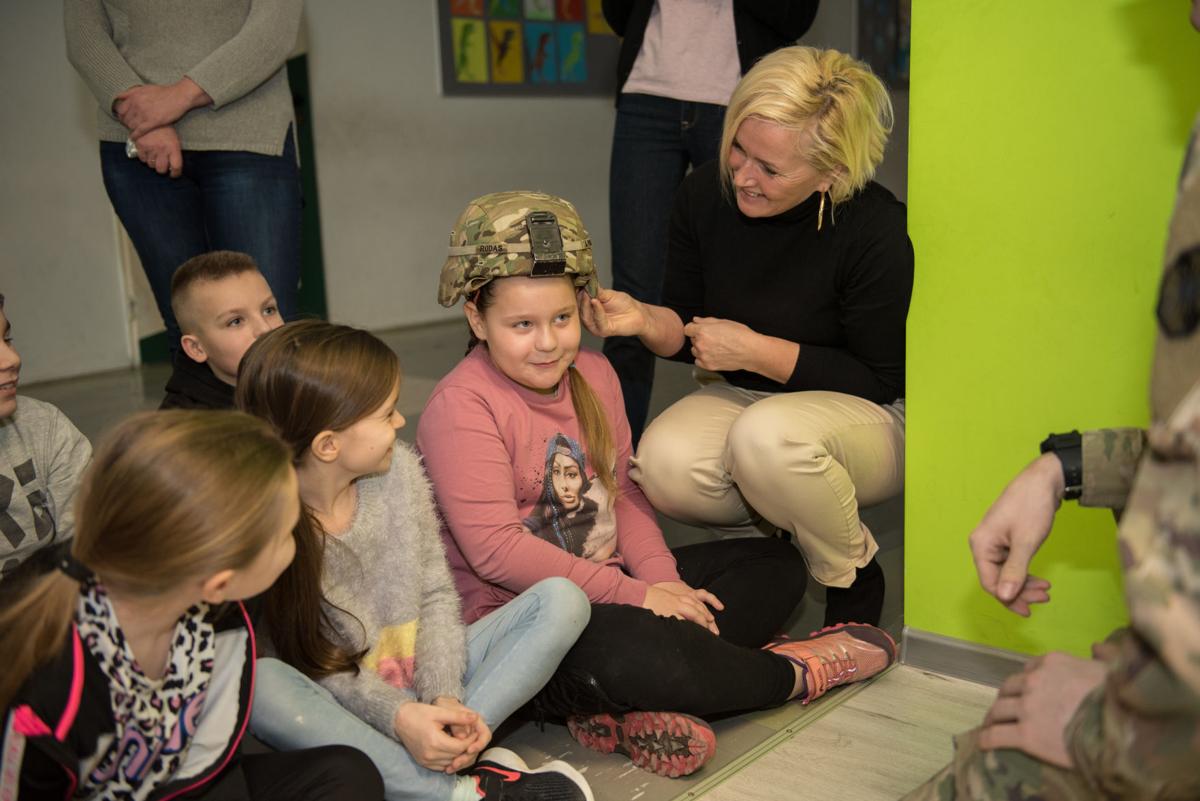 PRUSZCZ GDAŃSKI, Poland — U.S. Army Soldiers deploy globally in support of the nation and the communities of their NATO allies and partners. As Soldiers go into areas with little to no experience interacting with them, being an ambassador for the United States is a crucial part of any mission.

Outreach events help local communities and host nations gain an increased understanding of the Army, its mission an increased familiarity with the Soldiers who serve as the face of the Army.

“It was a good idea to organize this visit,” Piotr Kaliński, head of Pruszcz Gdański Social Affairs, said. “It was a perfect way of building good relations between the U.S. Army, Polish people and between our nations in general.”

On day one, Soldiers spoke with approximately 90 high school students about their jobs, gave insight on who they are in and out of uniform, had a push-ups competition and answered questions from those in attendance.

Janina Wilkos-Gad, Cooperation and Promotion Department, City Hall of Pruszcz Gdański, was the lead on the tour for the city, and enjoyed the reactions from the students.

“The students you met were interested in your story,” Wilkos-Gad said. “They saw in the Soldiers the same people as themselves. The number of questions asked indicates that our students are curious about you and thanks to this meeting they know a little more.”

Poland is known for its vast history and the Soldiers were able to experience some of it with a tour of the Factory. The Factory is an open-air, historical museum featuring a replicated traditional village with all the experiences of the Roman era.

“I loved learning about the history of the trading route to the Baltic Sea,” Hantz said. “Seeing how much culture this area has is pretty amazing.”

During day two, the Soldiers interacted with over 50 secondary school students at their school, and received a tour of the facilities by the deputy major of Social Affairs, Mayor Jerzy Kulka, who hosted the Soldiers on both days.

During the interactions with the younger students, they also took a liking to the Soldiers they had only seen on TV or read about.

“You made a real interest in the audience as they had no opportunity to meet U.S. Soldiers before,” Kaliński said. “You have presented yourselves as a normal people with a similar interests, problems and sense of humor which made an impression like you could be their friends or a member of family, not just strangers from a far country.”

Since the Soldiers challenged the students to a push-ups competition the first day, Kulka had a surprise for them in the school’s weight room; a friendly competition to see who could get the most reps on the weight bench in four minutes.

The mayor came out on top, but for Capt. Abe Rodas, HHC, 13th ESC, it all added to an amazing experience.

“It was a fun activity to help build a more personal relationship with a political figure from Poland,” Rodas said. “The challenge was awesome and it made it easier to talk to him afterwards.”

The Soldiers finished the experience with a tour of Poviat and Municipal Public Library, the Parish Church of the Exaltation of the Holy Cross and lunch with the mayor.

It’s events like these they help local communities, regardless of their location, get a better understanding of who Soldiers, and this experience was no different.

familiarize them with the history of our city.”