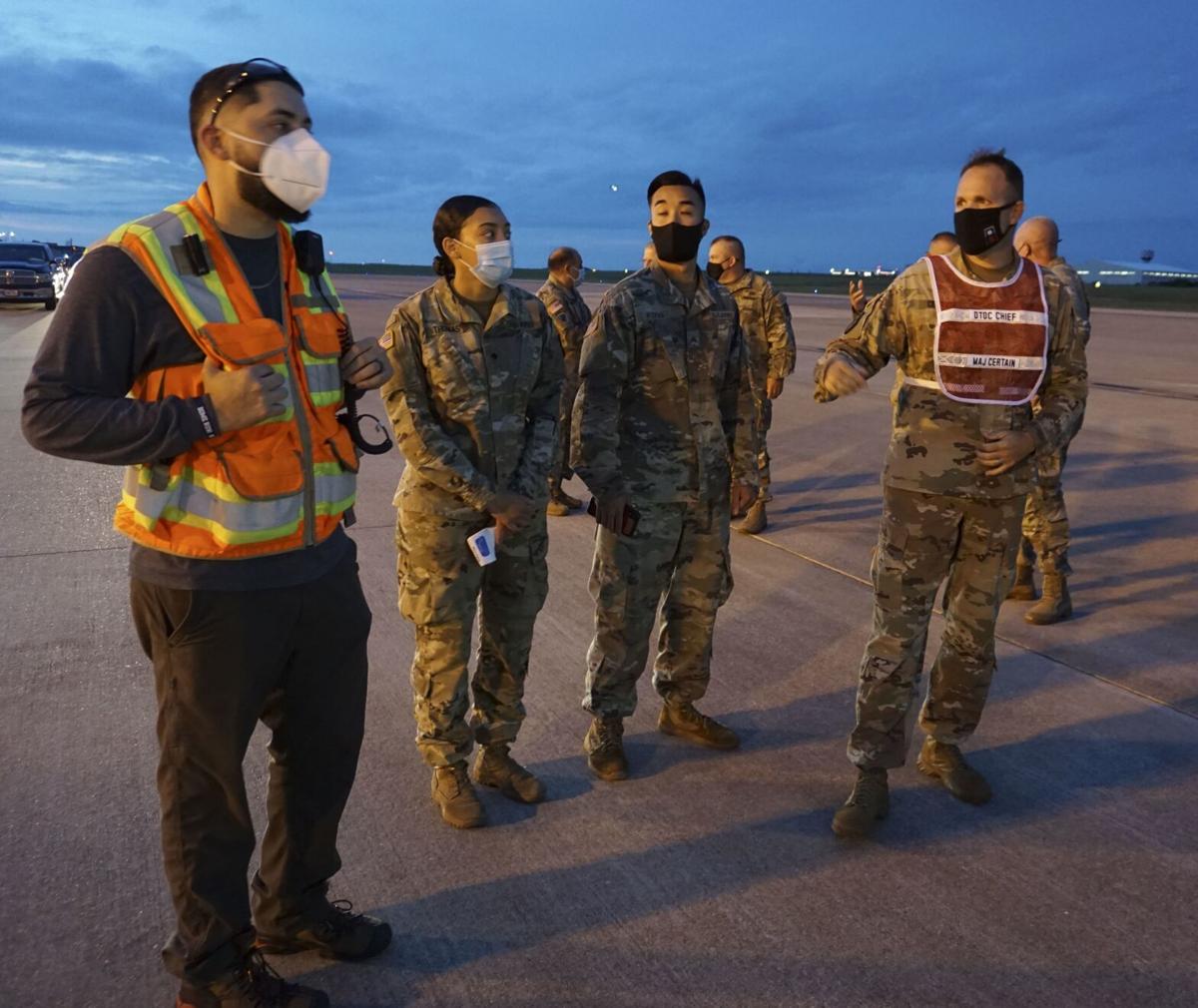 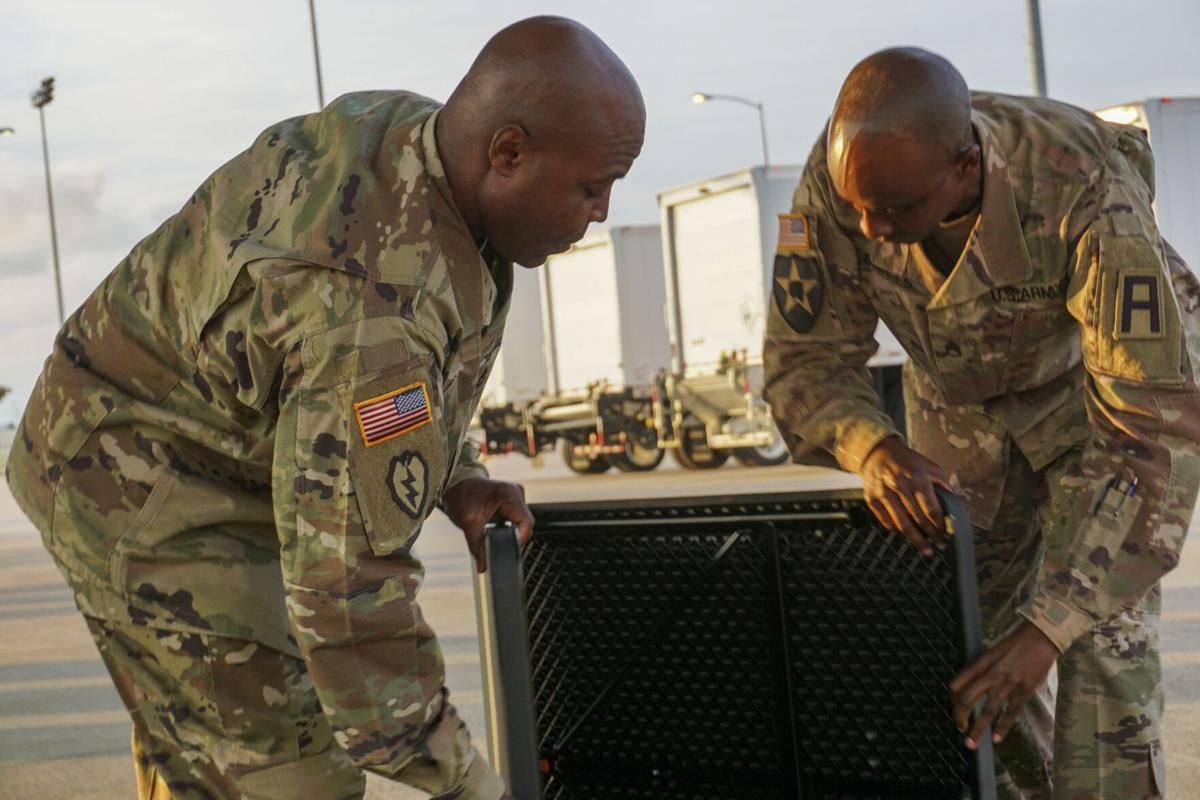 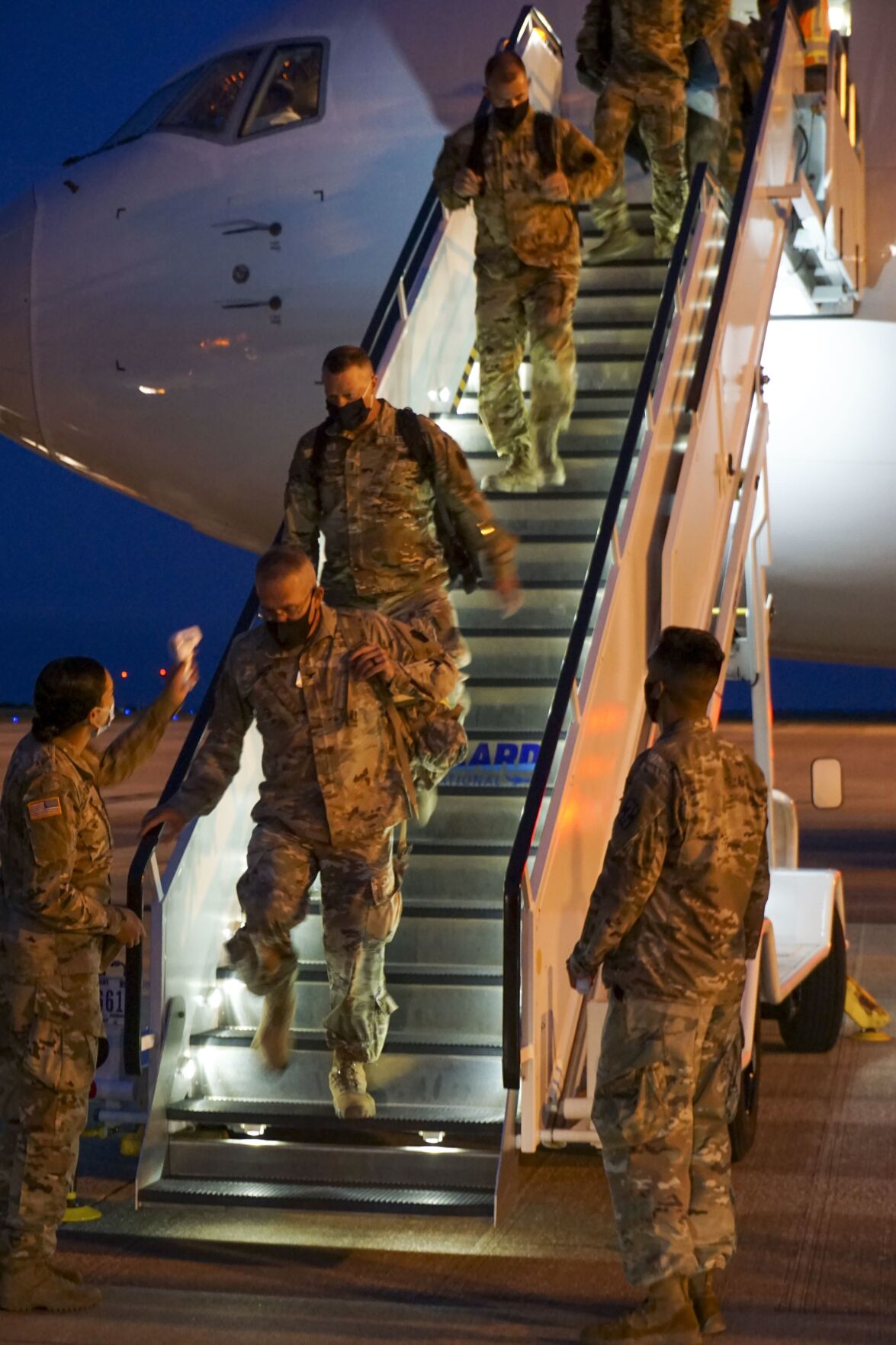 The 3rd Training Support Battalion, 312th Regiment’s primary mission was to support demobilizing National Guard and Reserve units and Soldiers. The 3-312th TSBN is no stranger to the First Army organization. The unit is a subordinate Army Reserve unit under the 174th Infantry Brigade, First Army – Division East. However, over the last year, the 3-312th TSBN has been busy running the DTOC operation in support of the 120th Inf. Bde., a subordinate training brigade of First Army – Division West. While mobilized here, this talented crew used available resources and mission tools to get creative and continue improving the demobilization process at North Fort Hood.

“The most important part of this mission has been welcoming Soldiers home and helping them transition back to their families,” Lt. Col. Benjamin Kenion, battalion commander, 3-312th, said.

“I would say it’s been busy and rewarding,” Maj. John Certain, who filled the role as the DTOC demobilizations chief, said.

Five months into the mobilization, the DTOC team received the largest unit processed up until that point, The 28th Expeditionary Combat Aviation Bde., a National Guard command out of Pennsylvania.

“We’re at the airport to receive one of the larger units the team has received and processed since taking over operations back in December,” Certain explained during the team’s receiving mission of the ECAB back in May.

The 28th ECAB had close to 1,200 Soldiers on their redeployment from Kuwait, according to logistics information provided by the DTOC team.

To receive a unit this large, or any unit to be exact, requires a detailed level of planning the DTOC team carries out to provide quality professional services for returning Soldiers.

About four months from a unit redeploying, conference calls are planned to begin mapping out specific stages tailored to each unit during redeployment and discuss management of the overall process during demobilization, Certain noted.

Within the effort needed to provide quality services in this process, there are moments that make the effort worth it.

“I like working the return flight missions and seeing the Soldiers de-plane,” Staff Sgt. Marchial Barnes, who was a validations team lead with the DTOC, said.

“There is a joy in seeing Soldiers starting the process of going home,” he said. “You get a bit of a rush working in the organized chaos of it all, but seeing our planning come together for returning service members is a good feeling.”

Barnes summarized some changes the team worked on collectively to continue building improvements to the mission.

“Our team has worked to continue development of the arrival process since taking over the mission,” he said. “We put focus into improving the preparation and planning time which in turn allowed us to build and leverage resources with partners in our logistics and planning network.”

In the lane of collaborative tools, Barnes spoke on the team’s inclusion of a collaboration portal to allow improved efficiency of submitting mission and personnel movement data to the appropriate higher offices. Taking this approach also helped with capturing improved snapshots in time of movement data.

“The number of people on our team allowed us to improve and streamline the mission, given we also had to include COVID-19 operations,” Staff Sgt. Mark Parks, operations lead of the Individual Operations Team of the DTOC, said.

The IOT is a section of the DTOC with a 24-hr mission responsible for receiving and processing groups of five or fewer Soldiers through their demobilization process. They are responsible for their transportation, housing, COVID-19 testing, and other processes for these individual demobilizing Soldiers, explained Maj. Kenny Goris, the IOT officer.

The team wrote and included updates to policies and guidance specific to the operation, Parks also shared.

“We worked hard to improve the DEMOB process and make it a faster and smoother transition throughout and making the units more prepared upon their arrival to expedite their time here,” Sgt. 1st Class Joshua Failor, the operations team lead for the DTOC, said. “Ultimately, our goal was working to get the redeploying National Guard and Reserve Soldiers home to their families as quickly as possible.”

As the 3-312th has completed their one-year assignment, the 2nd TSBN, 338th Regt., will officially assumed responsibility for the upcoming mission cycle late November. The 2-338th will continue the mission of providing creative talent as Army Reserve Soldiers to support the 120th Inf. Bde. mobilization efforts for National Guard and Reserve components.