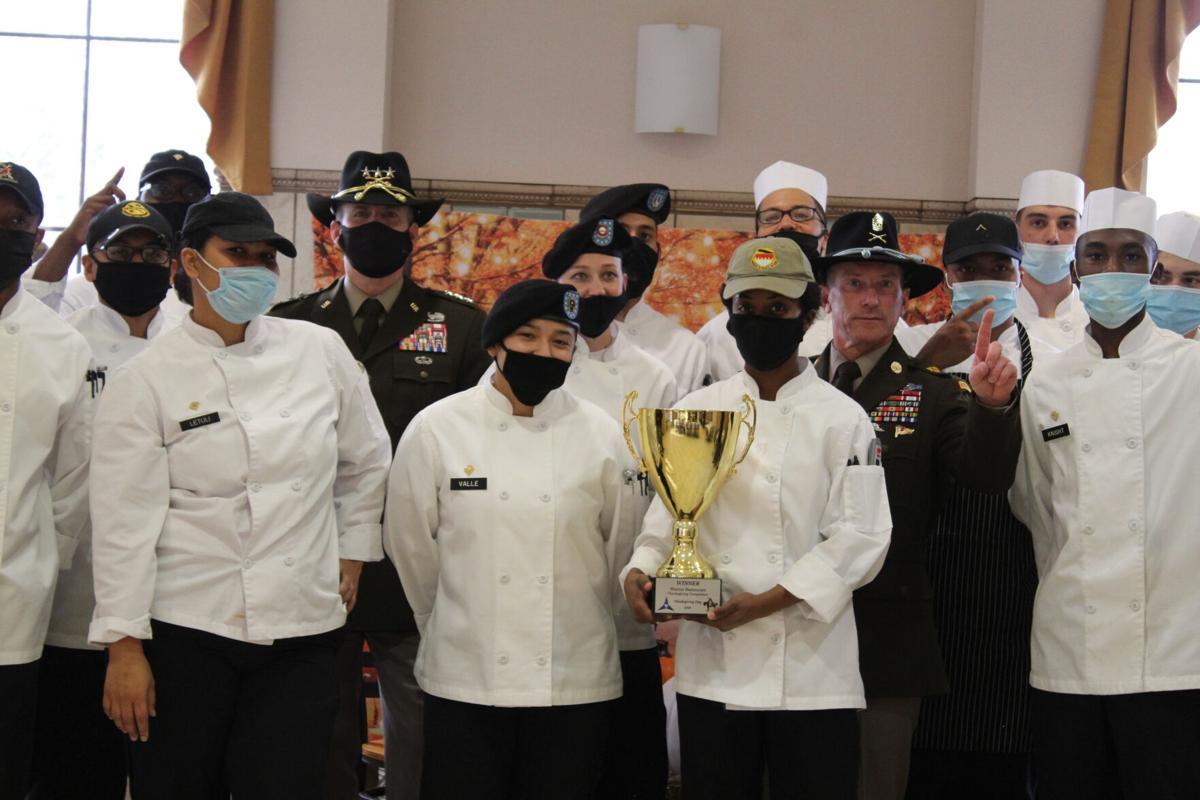 Lt. Gen. Pat White and Command Sgt. Maj. Cliff Burgoyne, III Corps and Fort Hood command team, pose for a photo with the culinarians of the Ironhorse Warrior Restaurant, which was named first place in the annual Thanksgiving competition. B

An ice sculpture is on display at the Ironhorse Warrior Restaurant. 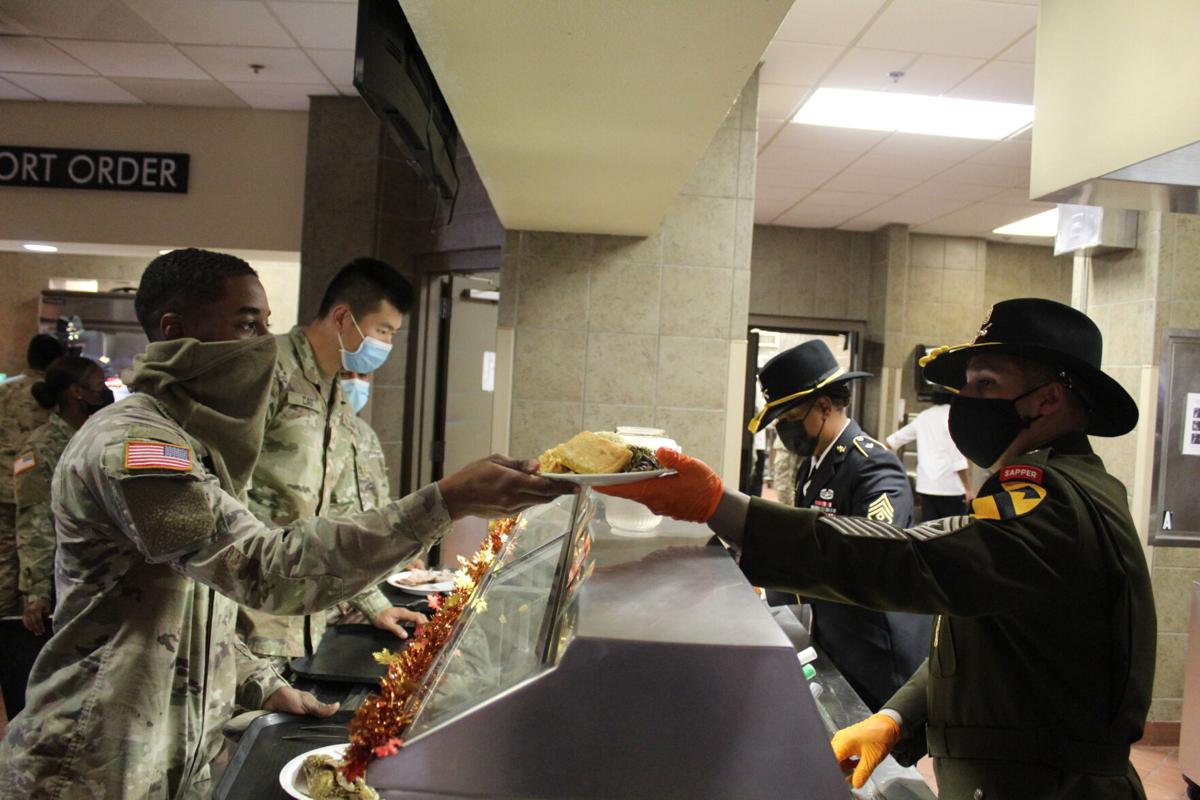 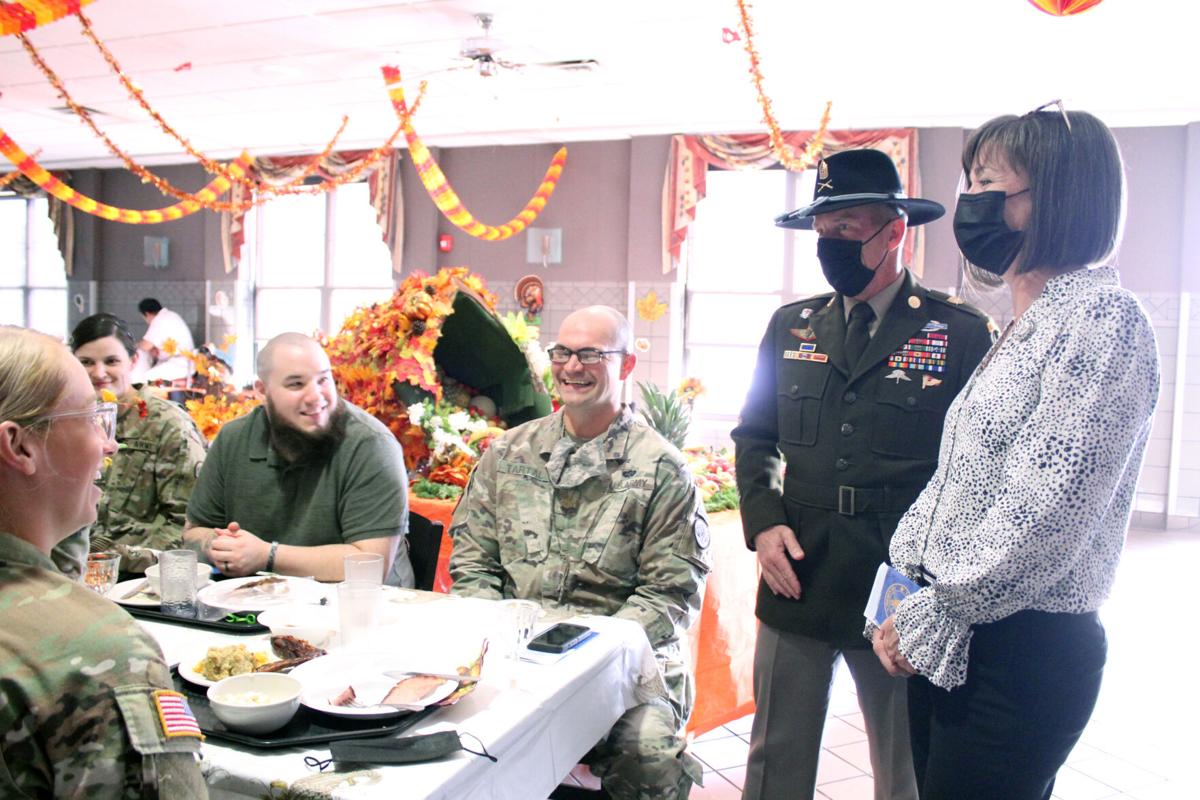 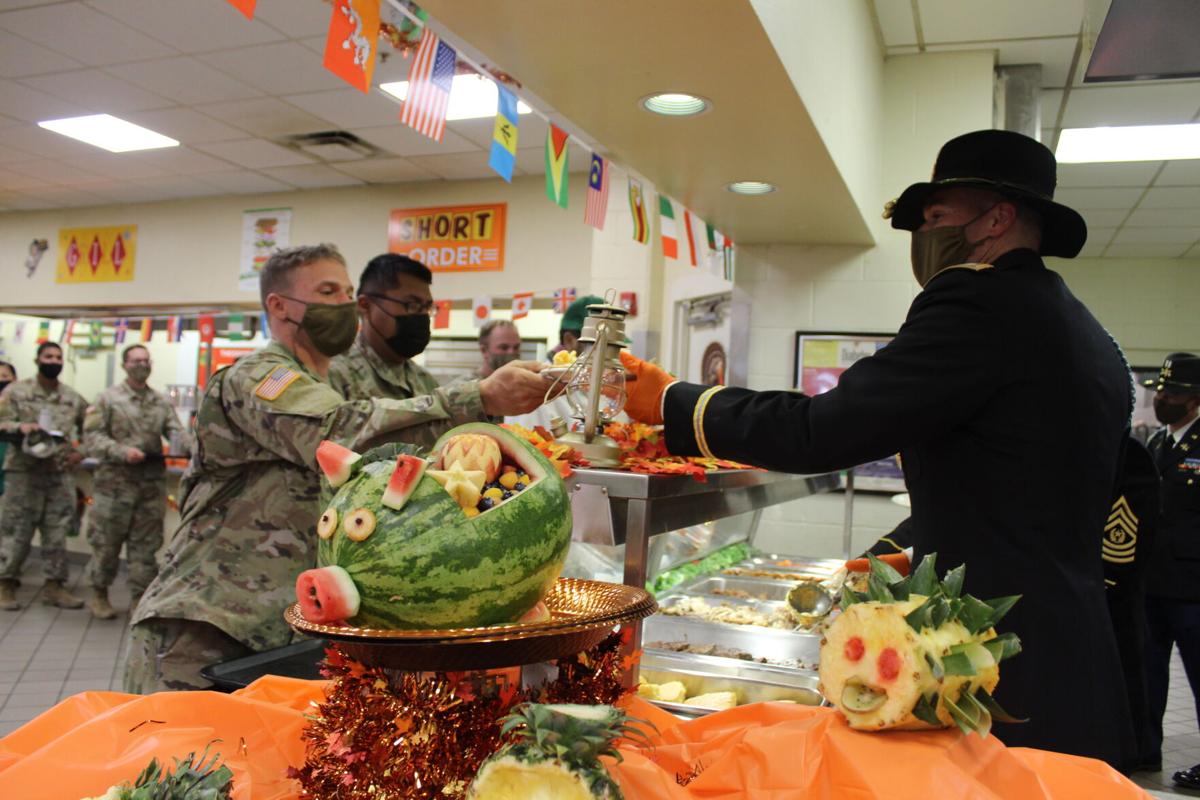 Lt. Gen. Pat White and Command Sgt. Maj. Cliff Burgoyne, III Corps and Fort Hood command team, pose for a photo with the culinarians of the Ironhorse Warrior Restaurant, which was named first place in the annual Thanksgiving competition. B

An ice sculpture is on display at the Ironhorse Warrior Restaurant.

Taste and creativity came together as one during Fort Hood’s annual Thanksgiving Competition among its warrior restaurants Nov. 23.

Fort Hood senior leaders and spouses sampled food and admired art, all made by the culinarians from each of the military-operated warrior restaurants. The artistic displays were made out of food, showcasing the culinarians creativity.

“First of all, it’s a great time of year. It’s a good opportunity for us to slow down and appreciate what we’ve got,” Lt. Gen. Pat White, III Corps and Fort Hood commanding general, said. “Our dining facilities, now warrior restaurants, have always done a fantastic job. There are men and women who have been working on this for weeks to present this to the Soldiers. They’ve done a spectacular job, and I personally and professionally appreciate it.”

A panel of six judges voted based on five categories – food taste, theme and décor, centerpiece, handmade ice carvings and cake and/or bread displays. At the end, the points were totaled and the warrior restaurants with the highest scores were named the first and second place winners.

“Some had their sides much better, some had their meats tenderized much better,” Sgt. Maj. Sylvia Thomas, III Corps Food & Services sergeant major, said about the food. “If you had to make a hodge-podge perfect meal, it would be a combination of all of them.”

“I liked it. It was a lot better than other bases I’ve been at, who haven’t embraced the Thanksgiving season as much,” he added. “Being here was much different and I liked it.”

Thomas said the culinarians plan their themes months in advance, but it is the final week that brings their ideas to fruition. After all the hard work, preparation and execution, she said seeing the end result is very satisfying for the culinary experts.

“This time of the year for them is really exciting. It gives them the opportunity to be creative outside the box from the norm, traditional menus that are dictated to them,” Thomas said about the competi-tion. “It also gives us the ability to see their skill set that they don’t get to show off every single day.”

Those who displayed incredible skills were presented with a coin from the III Corps and Fort Hood command team, who shook hands with the Soldiers who made the day possible. The best displays were also given best-of ribbons throughout the event.

After all the scores were tallied, Ironhorse Warrior Restaurant was named the winner of the 2021 competition, and was presented a trophy by White and Command Sgt. Maj. Cliff Burgoyne, III Corps and Fort Hood command sergeant major. Theodore Roosevelt Warrior Restaurant placed second.

“It was tough and it was close. Really, the prize is the people smiling when they walk out this door,” White told the culinarians at the Ironhorse Warrior Restaurant. “I want you to know you did a good job and you made people happy. You guys are the warrior restaurant for the year.”