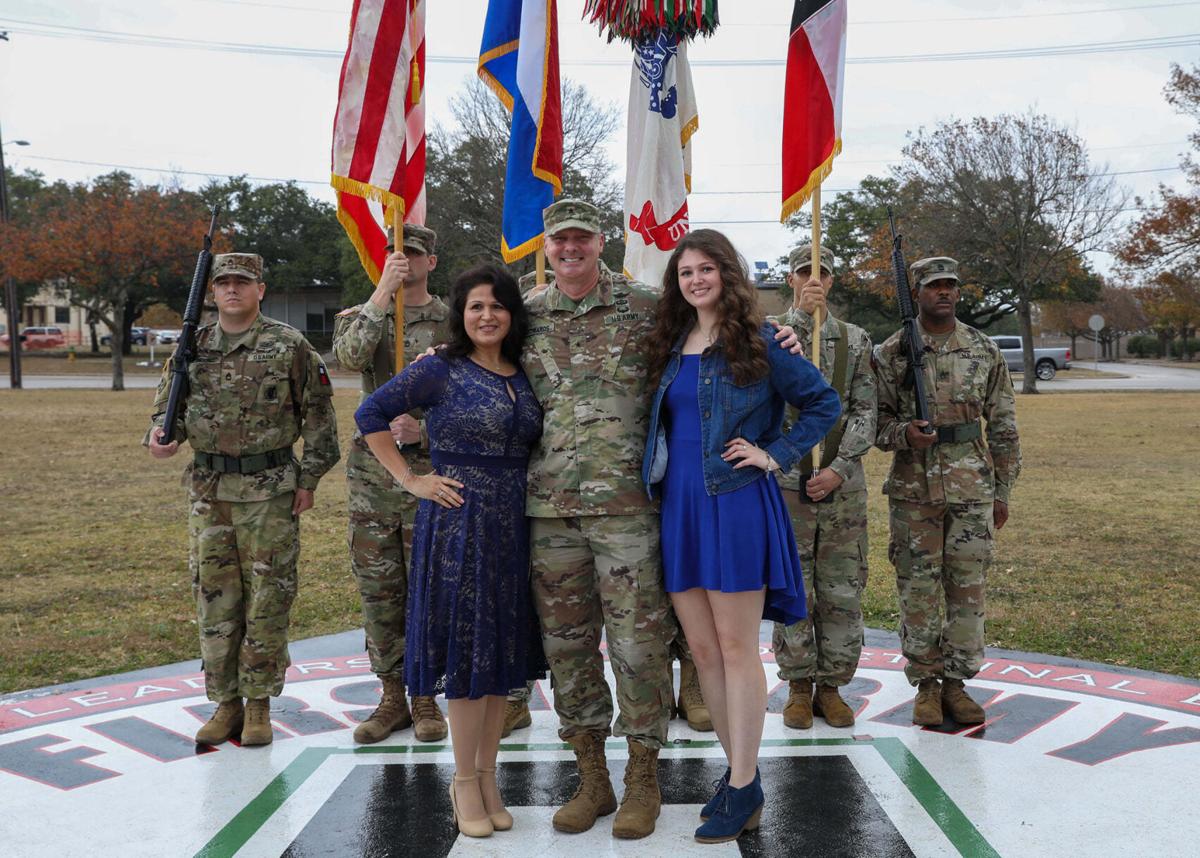 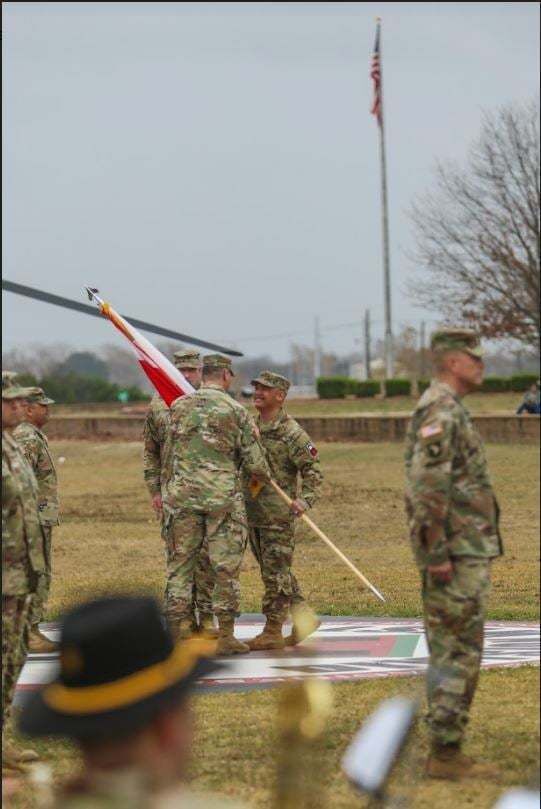 Leaders and Soldiers from across Fort Hood and First Army gathered at Cameron Field to say farewell to Maj. Gen. Richard Johnson and welcome Brig. Gen. Joseph Edwards II during a change of command ceremony Dec. 16.

Lt. Gen. Antonio A. Aguto, First Army commanding general and reviewing officer for the ceremony, spoke at the event about First Army’s responsibility for Soldier deployments.

“We are responsible for the readiness and deployments of 52% of all of the Army,” Aguto said. “We are who we train. It’s not a PR campaign, but it is in fact a true statement to who we are – a total force composed of active, Guard and Reserve Soldiers. From the most senior leaders at Rock Island, to the battalion level observer, coach and trainers, we prepare Soldiers for the rigors of war.”

First Army manages the reality of constant change in assigned Soldiers from top to bottom of its formation, while never slowing or stopping its operations. The command leadership is made up of all components of the Army with personnel constantly rotating responsibilities year long.

“This command is strategic to this nation’s defense. We mobilized an infantry battalion from the Minnesota National Guard that was integral to the defense of the airfield during the withdrawal from Afghanistan,” Aguto said. “As we stand here today, we are preparing another combat aviation brigade team to go to the Middle East, and soon, a brigade combat team to join them.”

Aguto proceeded with his words on the ceremony’s relevance, and complemented Johnson’s leadership.

“This change of command is historic. We are switching from the first Army National Guard commanding general at Division West to the first Army Reserve commanding general back-to-back,” Aguto said. “Maj. Gen. Johnson, in the past year alone, you maintained full operational readiness and oversaw the deployment of over 71,000 troops to missions around the world – a 21% increase from the year prior and have done so during a global pandemic.”

“Rich, you came to us from being the deputy director of the Army National Guard, and with that, a deep, deep knowledge of the working relationships with First Army,” he added. ”You were instantly a force multiplier as soon as you arrived, and there is no one more assured of the success of this nation’s citizen-Soldiers than a citizen-Soldier yourself.”

Aguto turned to Brig. Gen. Edwards to recognize his readiness to take command of Division West.

“Joe, this young cavalry scout is going to lean heavily on you and your experience, and I couldn’t be more thrilled to have you and your family with us as we count on your expertise,” Aguto concluded. “Since 9/11, First Army has deployed over 1.3 million troops world-wide. I am proud of all of you in our formation and those who support us every day. First indeed. Earn the A.”

Sharing good laughs with the audience, Maj. Gen. Johnson thanked and offered his deepest respects to his family and friends who supported his career and endeavors.

“I don’t want this to sound like a retirement party, but in some ways, it feels like one to me. I know I’m on the back nine – that’s a golf reference,” Johnson humored. “I’m not sure what the Army wants from me going forward. I don’t know what’s going to happen on the other side. But, what I can say is this; I’ll answer like I always have. I’ll show up. I’ll do what they ask me to do, and you can be sure that I’ll do the work, and I’ll have some opinions about how to get it done.”

Johnson continued with his appreciation to all who supported him throughout his time of command, to include best wishes and confidence in Edwards.

“At the end of it all, you say ‘thank you’ to the people who carried you,” Johnson said. ”And, you give the incoming commander the best that you can…to give them a head-start and let them hit the ground running.”

Edwards offered all his appreciation to his family for their support in conducting the transition. He thanked First Army, and outgoing Division West leadership, for their trust, faith and confidence in taking command of the division.

“You (Johnson) have built an outstanding organization. You have left a positive legacy – one that will endure the sands of time,” said Edwards. “You have much to be proud of, sir. My promise to you, I will do my very best to continue to build on your success, and move the division to the next level in the pursuit of excellence, as you so eloquently stated.”