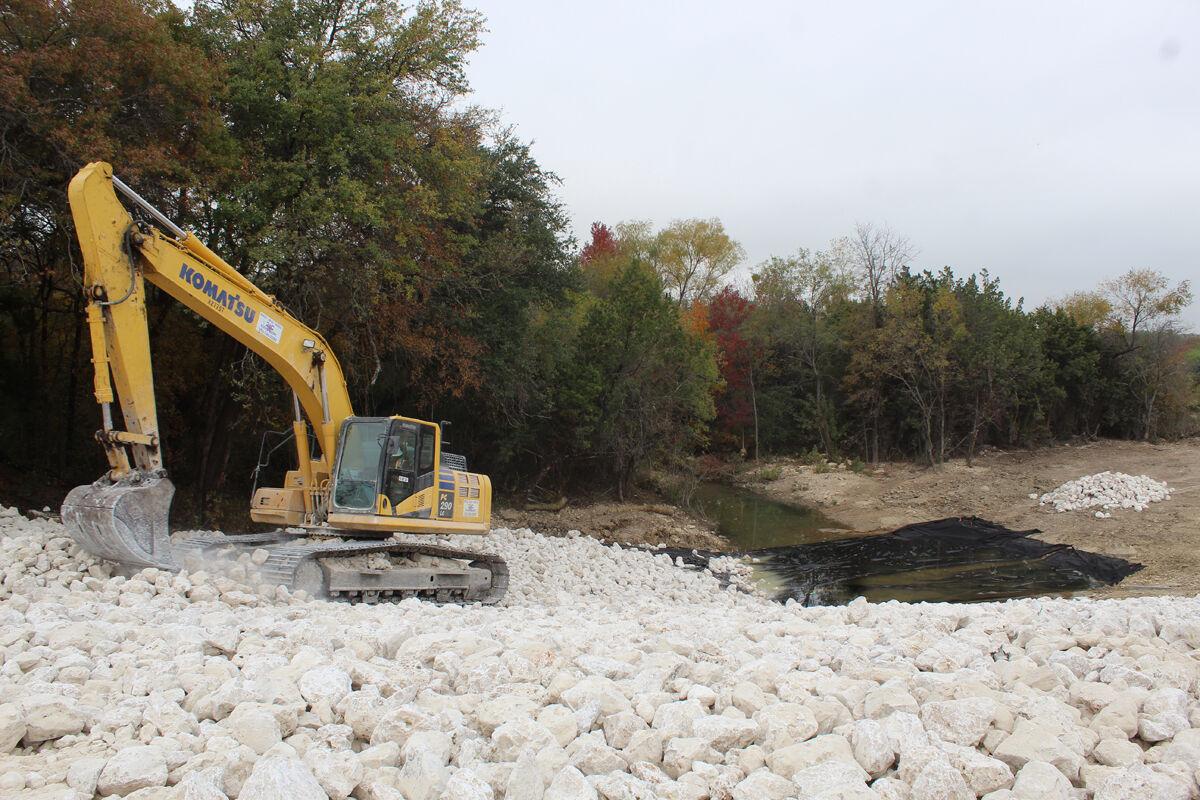 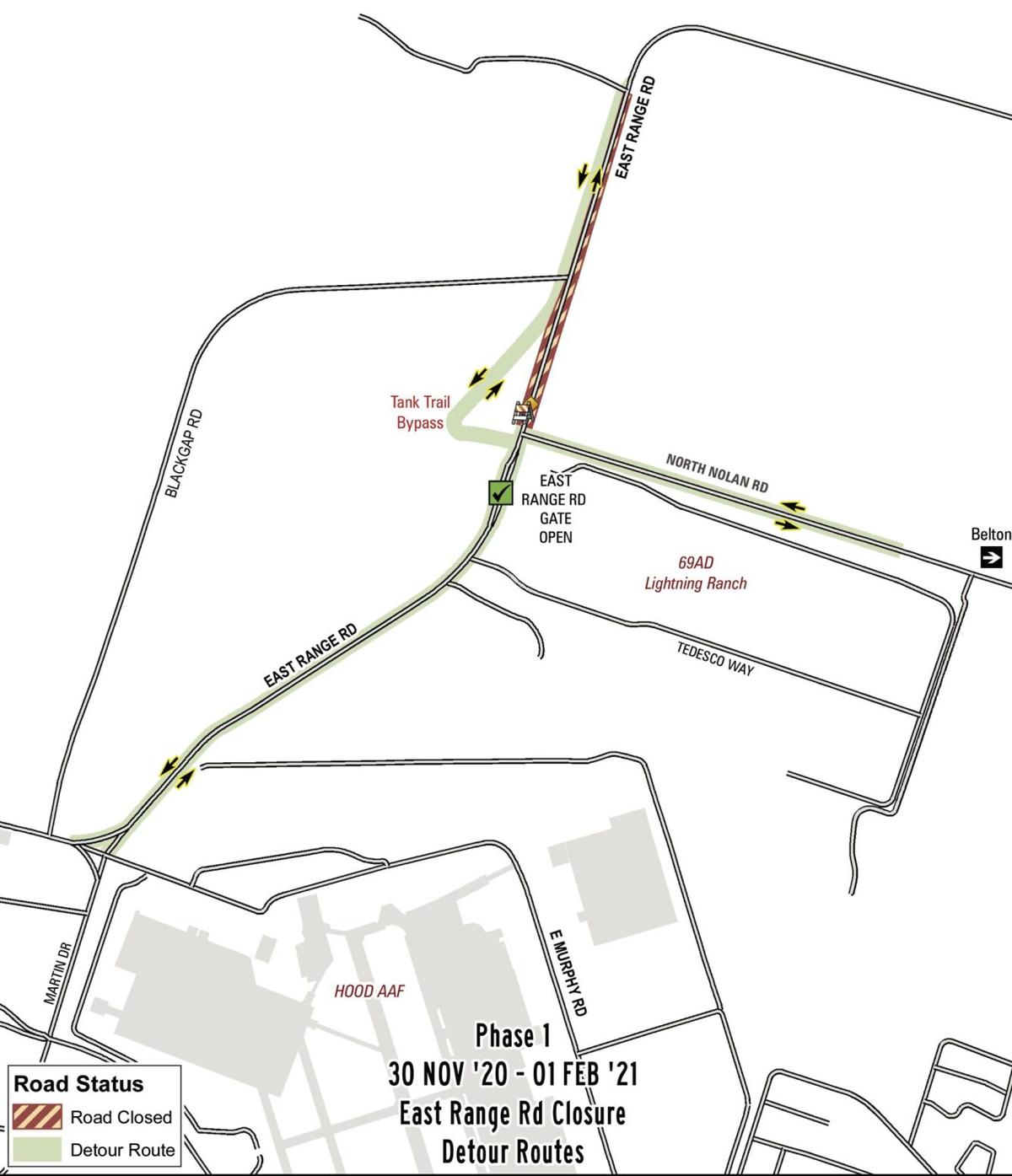 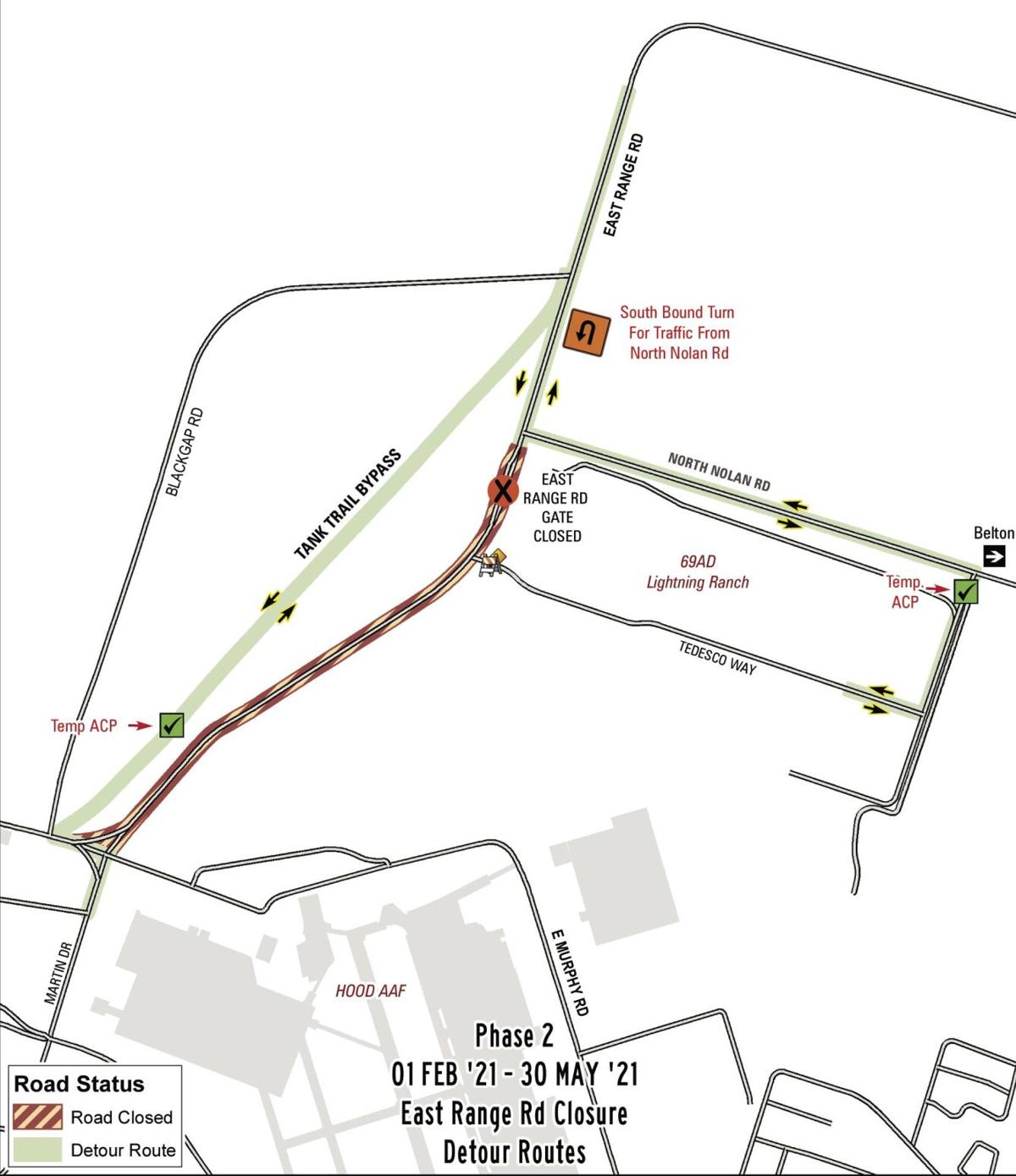 Philip Bryce, DPW’s paving program manager, said his job is to manage the budget Fort Hood receives from Installation Management Command.  With a $6 million budget for this year, he has the tough job of determining if funds should go toward repairing one stretch of road versus another stretch of road.

“Based on a review of our roadway conditions, I create projects where our funding can best be applied,” he explained.

Using a statistical analysis program called Paver, which incorporates triannual inspections to determine the pavement condition index of each road on Fort Hood, DPW is able to best decide which roads should be funded over other roads. The decisions are made in conjunction with the program, which analyzes where things are deteriorating, how they are deteriorating, and the importance of one road versus another road.

With construction now complete on Clarke Road from Tank Destroyer Boulevard to I-14 (Phase 1) and from I-14 to Mohawk Road (Phase 2), crews will soon start working on the final phase from Tank Destroyer Blvd. to Turkey Run Rd.  This work is part of a $7.7 million project that began in 2019. As part of the project, bike lanes and street lights were added to Clarke Road.

Bryce explained that Phase 3 of Clarke Rd. is a full reconstruct that will slightly widen the shoulders to improve safety.

Several of DPW’s larger projects revolve around Clear Creek Rd. The road is currently closed between Turkey Run Rd. to West Range Rd. for repairs due to excessive rainfall, which caused the road to washout and presented a flooding danger for drivers along the busy road. Crews have installed larger culverts, which will allow water to drain underneath the road.

“There’s a lot of water flow in this area, but the culverts that went under the road were pretty small,” Brent Cabaniss, chief of DPW’s engineering division, explained. “Not only are we fixing the road surface, but we’re putting in larger culverts so more water can pass through and not overtop the road.”

After that strip of road is completed, the intersection at Clear Creek and Turkey Run will be closed so they can install traffic signals and repair the tank crossings in that area.

Beginning in the spring, Clear Creek Rd. will also receive two additional traffic signals at the intersections of Old Ironsides and Hell on Wheels. Cabaniss said there is a high concentration of pedestrian and vehicular traffic at those intersection in the mornings before physical training.

“There’s a big congestion here that’s created a safety concern, so we’re going to construct a traffic intersection with push buttons for the pedestrians,” he added.

Another large project on the horizon is East Range Rd., which will be repaved in two phases, from Nov. 30 to May 21. Phase 1 will close a one-mile stretch north of Nolan Rd. Traffic heading northbound between Nov. 30 to Feb. 1 will have a small detour along the tank trail road on the west side of East Range Rd.

Phase 2 is expected to begin Feb. 1 and will repair the stretch of road between Murphy Rd. and Nolan Rd. During that time, main post may be accessed by turning north on East Range Rd., then taking an immediate left onto the tank trail that connects to Murphy Rd. Cabaniss said there will be a temporary access point for Soldiers within the 69th Air Defense Artillery Brigade to access to their unit. Work on Phase 2 is expected to be completed by summer 2021.

There are four independent projects that will focus on localized repair of multiple roads. Bryce said the projects have not been awarded yet, but he expects work to begin in the summer. The project will include general maintenance of the road, such as potholes, crack repair and any other acute problems.

“It truly is a never ending battle for us because you may not have the money you need when you need it,” Bryce said. “That allows roadways to deteriorate more than you’d want them to and then it’s a little more expensive when you finally get funding in place to fix a roadway.”

While some road construction is over and done in the blink of an eye, there are some projects that may seem never ending. Cabaniss said how long a project takes depends on the extent of the project.

“You demo the asphalt, you demo the base, put base back in, put asphalt back in, stripe it, you’re done – but it’s not that simple,” he said.

Cabaniss explained that the demolition phase alone can take a long time, depending on the stretch of road and how much asphalt is involved. He said different crews have different jobs, so they have to sometimes wait for one crew to be finished before another crew can begin. For example, a concrete crew has to complete the curb and gutters before another crew can come in and complete the base work.

Once a six-inch layer is added and compacted, it has to be tested to see if it meets compaction standards. If it does, they proceed to the next step, which is placing asphalt. If not, Cabaniss explained, they have to start over until it is done correctly.

“It’s just an iterative process and that’s for the whole length of the roadway,” he added. “Another problem we typically run into is we have to do these in phases, because we have to keep traffic flowing. We can’t just shut down the road from A to B and do it all at once. We have to shut down this section, then open it up and do the next section.”

Bryce said during road construction, it feels like “you’re taking two steps forward, one step back sometimes,” but they eventually reach the end of the road.

Editor’s Note: This is the second of a three-part series the Fort Hood Sentinel is writing about the ongoing construction projects on the installation.