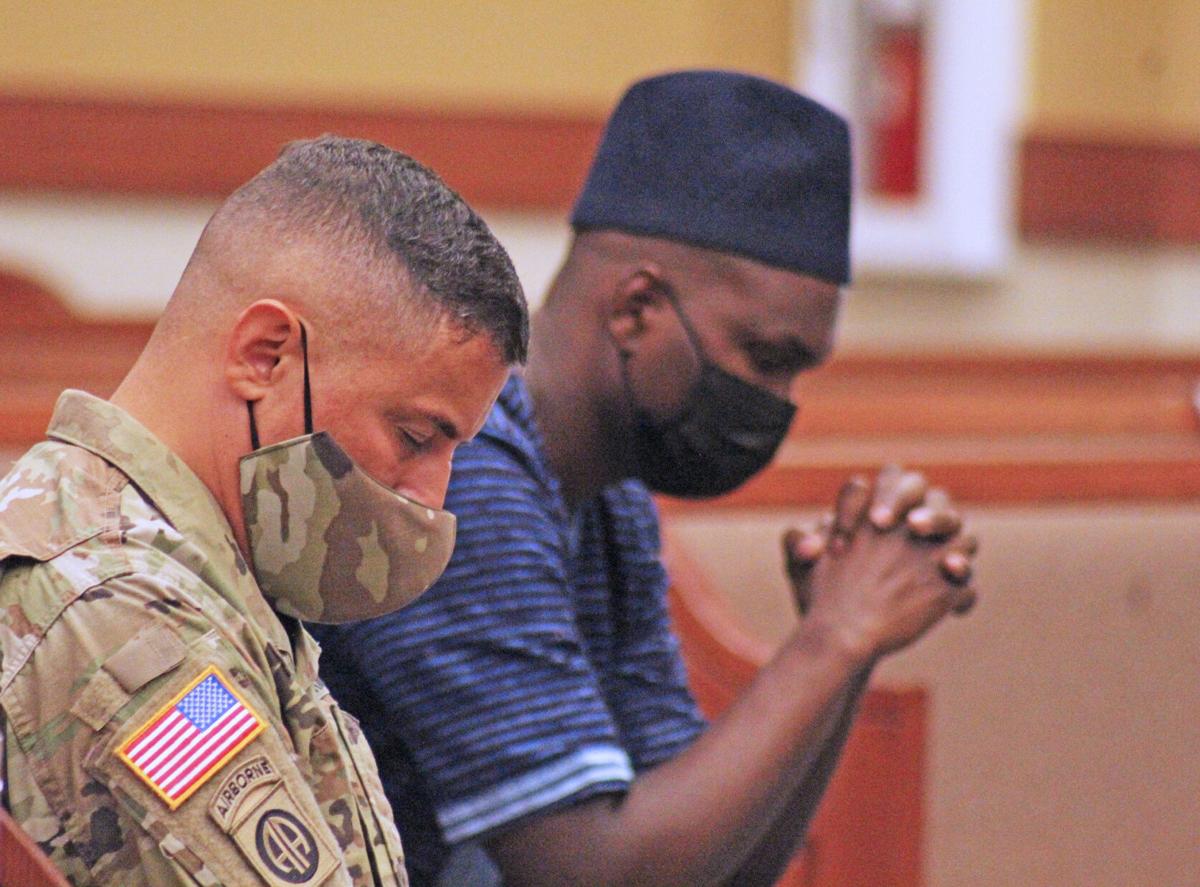 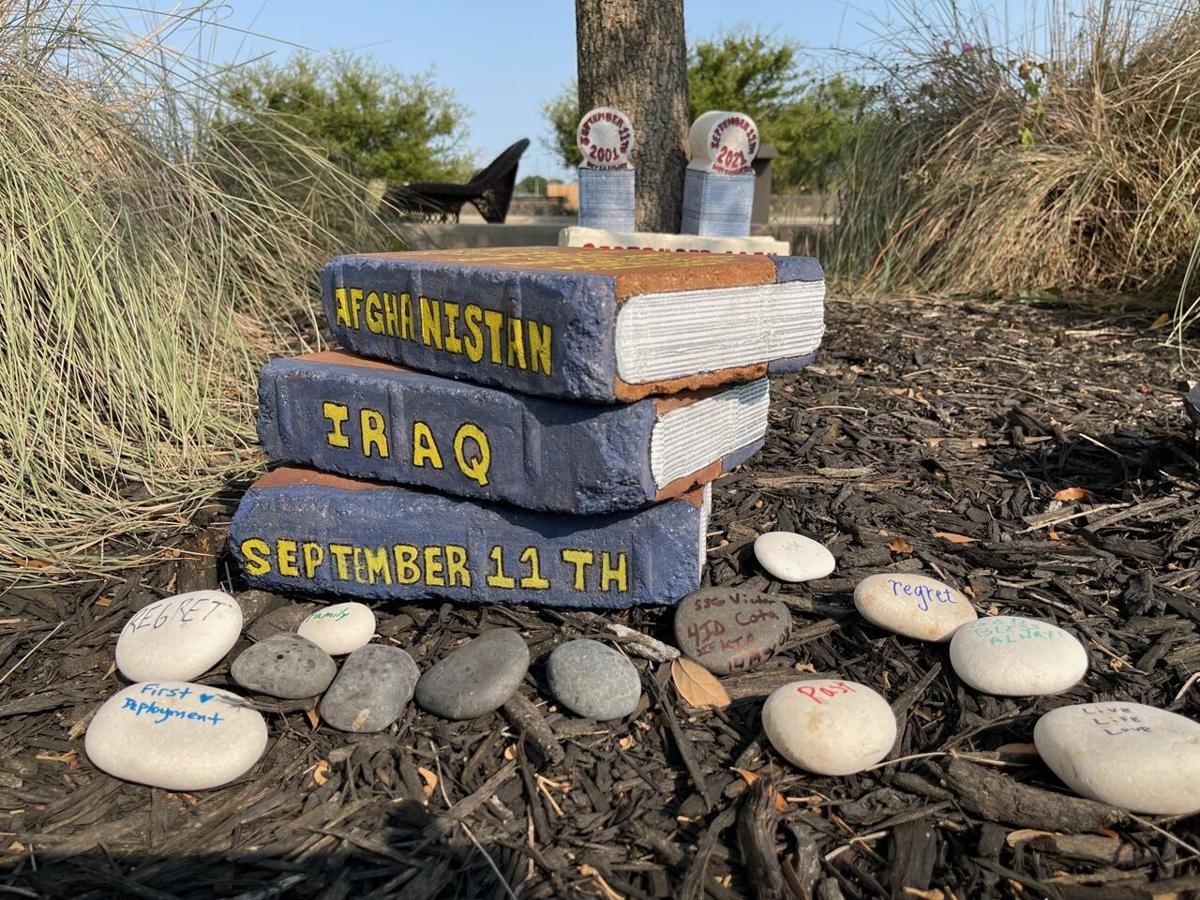 Stones with words and names honoring 9/11 adorn the Prayer Garden outside the Spirit of Fort Hood Chapel Friday following an Interfaith Remembrance Ceremony in honor of the 20th anniversary of Sept. 11, 2001.

Stones with words and names honoring 9/11 adorn the Prayer Garden outside the Spirit of Fort Hood Chapel Friday following an Interfaith Remembrance Ceremony in honor of the 20th anniversary of Sept. 11, 2001.

In the spirit of unity, the Fort Hood Garrison Chaplain’s Office hosted a Sept. 11, 2001, Interfaith Remembrance Ceremony in the Spirit of Fort Hood Chapel Sanctuary Friday.

“As the garrison chaplain, I have oversight for all the religious support activity that occurs in our chapels,” Chaplain (Col.) Darren Chester said. “There are a few times throughout the year that seem appropriate to bring all those services together to kind of celebrate community, build unity, and just have our folks get to know each other a little bit more. 9/11 is one of them.”

He added, “It’s a great opportunity to build community because all of these religions were affected by this — the people in the towers, the Pentagon, in those planes represented just about every major religion in America. It affected all of us.”

Friday’s event, with approximately 80 in attendance, was more about spirituality than religion.

“Spirituality is the capability every person has to commune with God, or a higher power, however people define it,” Chester said. “It’s inherent in every single person. Religion is simply an organized way for people to do that, so they can come together and do it together.”

Foster remembers being a young lieutenant deployed to Bosnia-Herzegovina coming back from a mission to Camp McGovern from a humanitarian mission when he heard the news of the attacks, and saw the images for the first time. He said it was hope, not hate, that drove America forward 20 years ago, and continues to drive the American spirit today.

“What must be done is we must live up to the hope that is this country and our society,” Foster said. “What terrorists tried to do on 9/11 is tear that dream, that aspiration apart, to make us hate each other as much as they hate what we stand for as a country.”

Many Americans recall exactly where they were, what they were doing, and who they were with on Sept. 11, 2001.

“That (9/11) is still something I think that’s almost foundational to what we do as Soldiers and why we do it. It’s easy for us to think that it’s the same for almost everybody in the Army now because that’s been our experience, but (for) the younger Solders that are coming in now, that’s not the reason,” Chester added. “I think it’s that much more important to do things that pass on that memory, to maintain the collective consciousness in our Army of that event and how we want to do all we can to keep that from ever happening again.”

In addition to prayers and scripture readings, the service included the singing of “America the Beautiful” by the assembled congregation, and a solo performance of “Make Me An Instrument” by Chester’s wife, Robyn, accompanied by pianist Kristina Howard.

Before giving the benediction at the conclusion of the service, Fort Hood Deputy Garrison Chaplain and Community Pastor Chaplain (Lt. Col.) Stephen Dicks invited participants to take a stone as they departed, write on it, and leave it behind in a solemn, symbolic ritual.

“Let these stones serve as a physical symbol of the weight on your hearts,” he said. “What I would ask you to do as a ritual of healing is to take a rock, and write on it the word, name, date or feeling that is in your heart. Once you have written these I would ask that you take and lay your stone in the Prayer Garden we have created just outside of the annex building. Our hope is that this Prayer Garden will be a place people can come and lay their own stones down, and see a stone and pray for whomever may have left it.”

Chester said he plans to host more interfaith services in the future.

“I’d say Thanksgiving is another one,” he said, “and we may try and do something this spring surrounding the National Day of Prayer.”

While Fort Hood, and America as a whole, paused to reflect on the impact the 9/11 terrorist attacks had on the nation, it came on the heels of the last American troops pulling out of Afghanistan. Chester said he hopes Friday’s service helps to heal old wounds on that front, too.

“Over the past few weeks, the chaplains I’ve talked to on post have had a lot of conversations with our Afghan vets. They’ve been reaching out to have that listening ear and try to process the things that are going on,” he said. “Certainly, my hope is that this service has a healing effort on anybody who attends it or whoever sees it on our Facebook page.”

Commemorating the 20th anniversary of the deadliest terror attack on American soil, III Corps and Fort Hood took time to honor the lives of th…