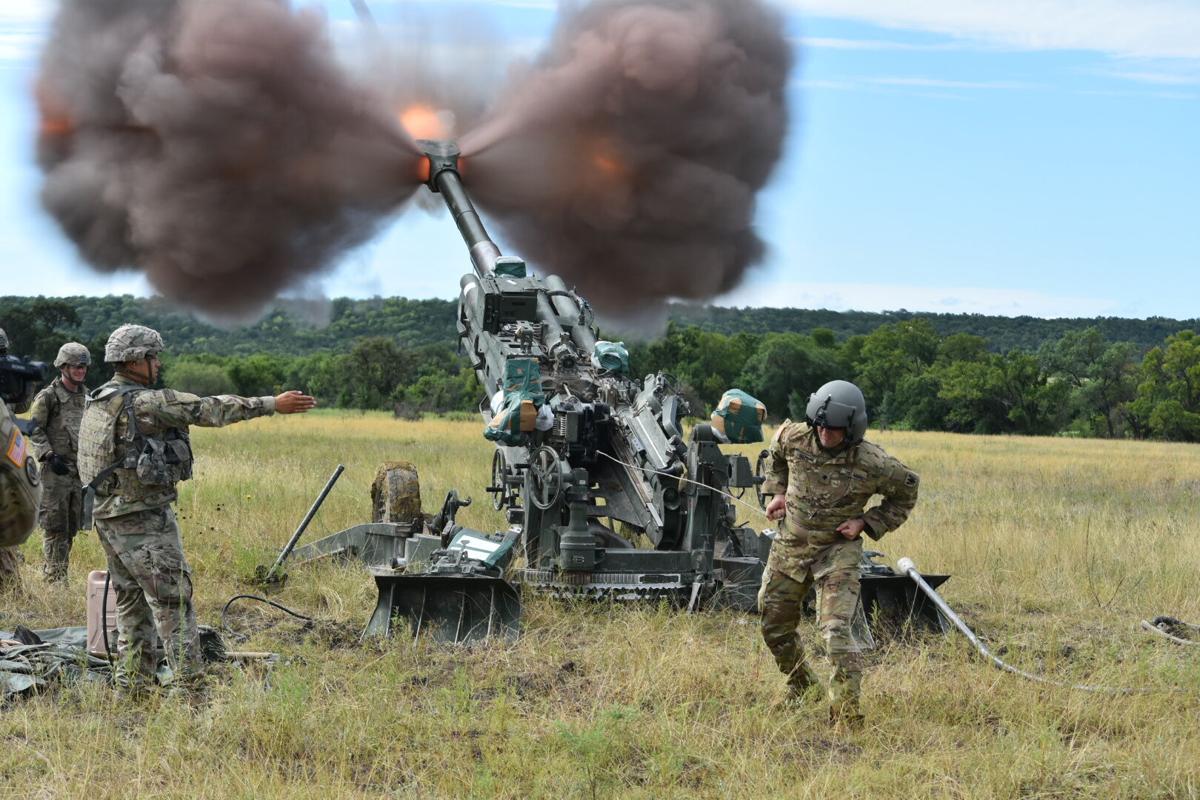 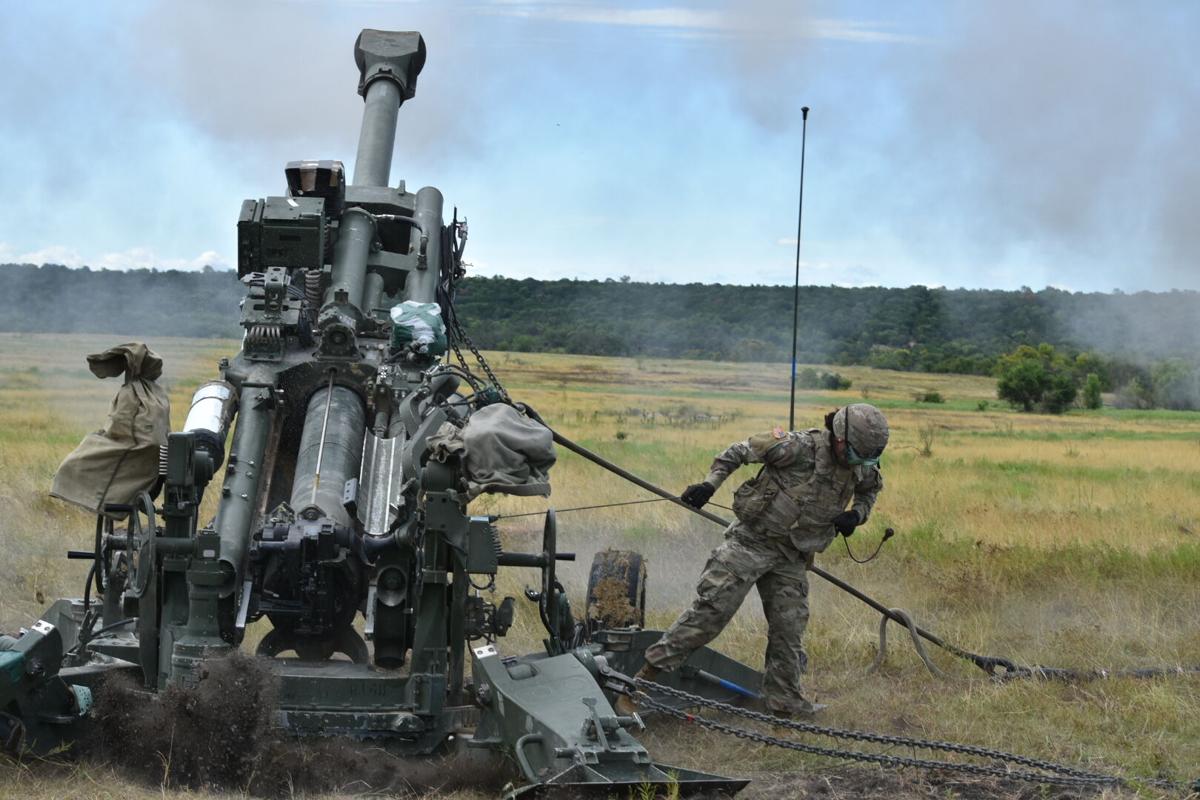 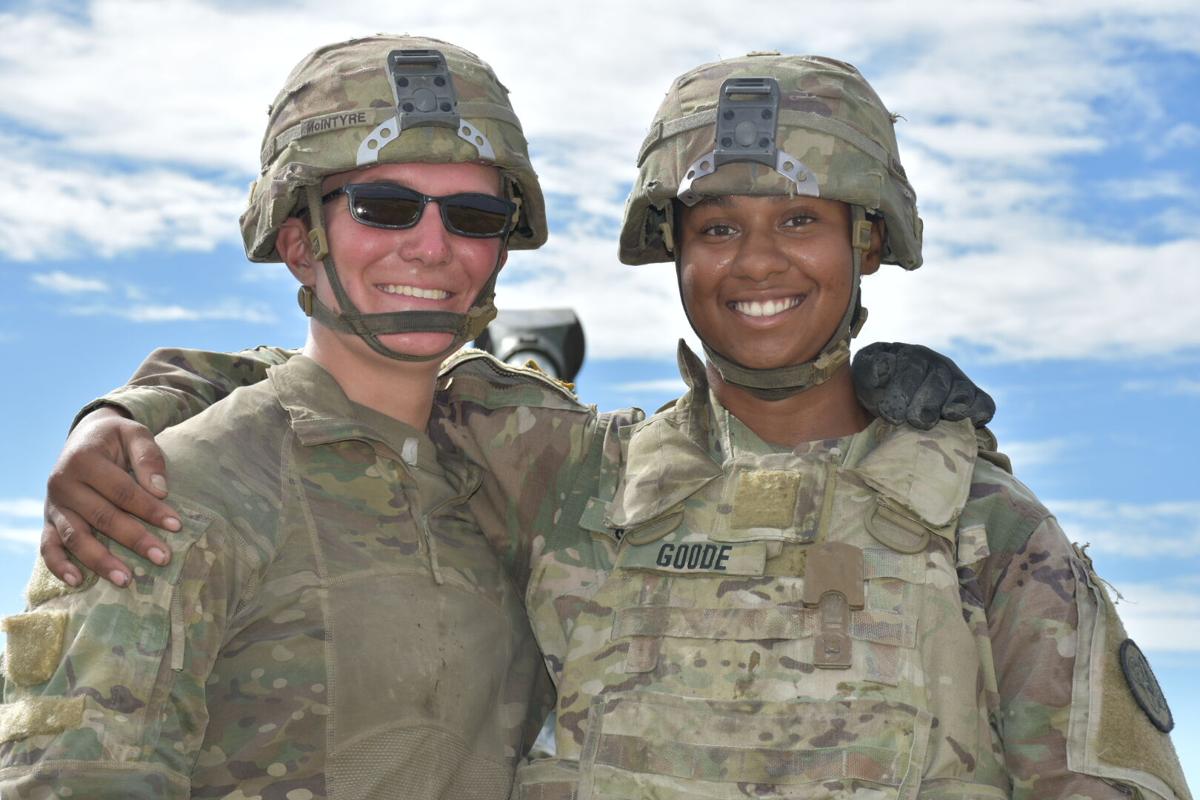 Cannon crewmembers have a vital role in any combat situation. They are responsible for firing howitzer cannons in support of the Stryker Regiment during combat. Two female gunners from the Brave Rifles were able to refine their skills during a recent field exercise at Fort Hood.

McIntyre, from Pittsburgh, Pennsylvania, is a 13B Cannon crewmember with the battery and has served with Steel Squadron for a little over a year. She enjoys watching the guns fire and seeing the teamwork together.

“It’s a little scary because you feel the power of the full force,” McIntyre said. “It’s scary because if you don’t pull the lanyard all the way, it doesn’t fire and you think you messed up.”

Steel Squadron executed the platoon training exercise July 18-31 after several months of preparation. The squadron has been training for the past three months to rebuild the unit’s air assault capabilities and knowledge. Training included a leader professional development series on AASLT planning, execution of AASLT operations, and artillery specific AASLT considerations. Additionally, gun crews focused efforts on Artillery Table III rigging procedures to gain proficiency and certification in preparing the M777A2 Howitzer for air movement. After establishing a baseline of knowledge, Steel was able to plan and execute a live Artillery Gun Raid with two M777A2 Howitzers with the support of Company B, 7-158 Aviation Regt., 11th Expeditionary Combat Aviation Brigade.

Crewmembers have a challenging job. The troopers load and fire howitzers, and set the fuse and charge on a variety of munitions, including high explosive artillery rounds, laser-guided projectiles, mines and rocket-assisted projectiles.

Goode is also a cannon crewmember and first-time gunner with the battery, serving with the unit for a year. Her favorite part of the training exercise was learning how to load and unload the CH-47 Chinook and take flight.

“I learned how to take guard and rig it up and rig fast enough to shoot in time,” Goode said. “It’s awesome being part of the team and hard work. If you do it right, when you get done, it feels good.