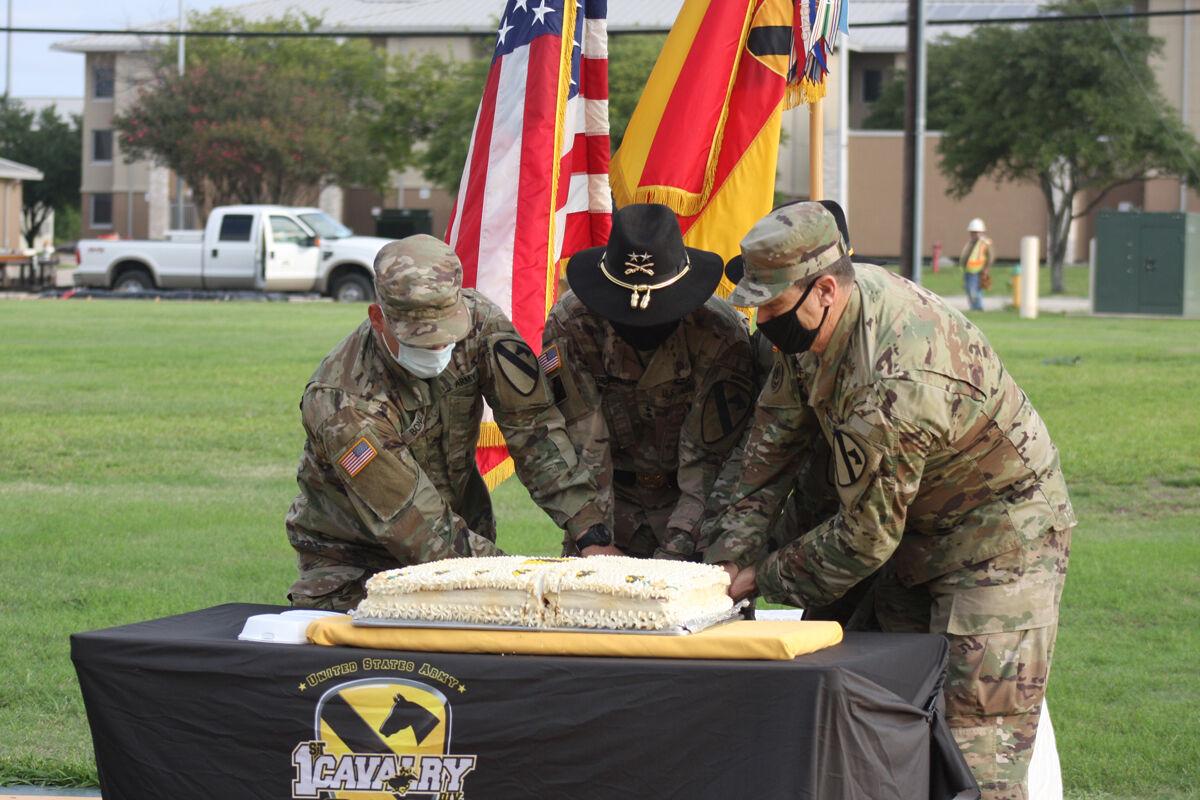 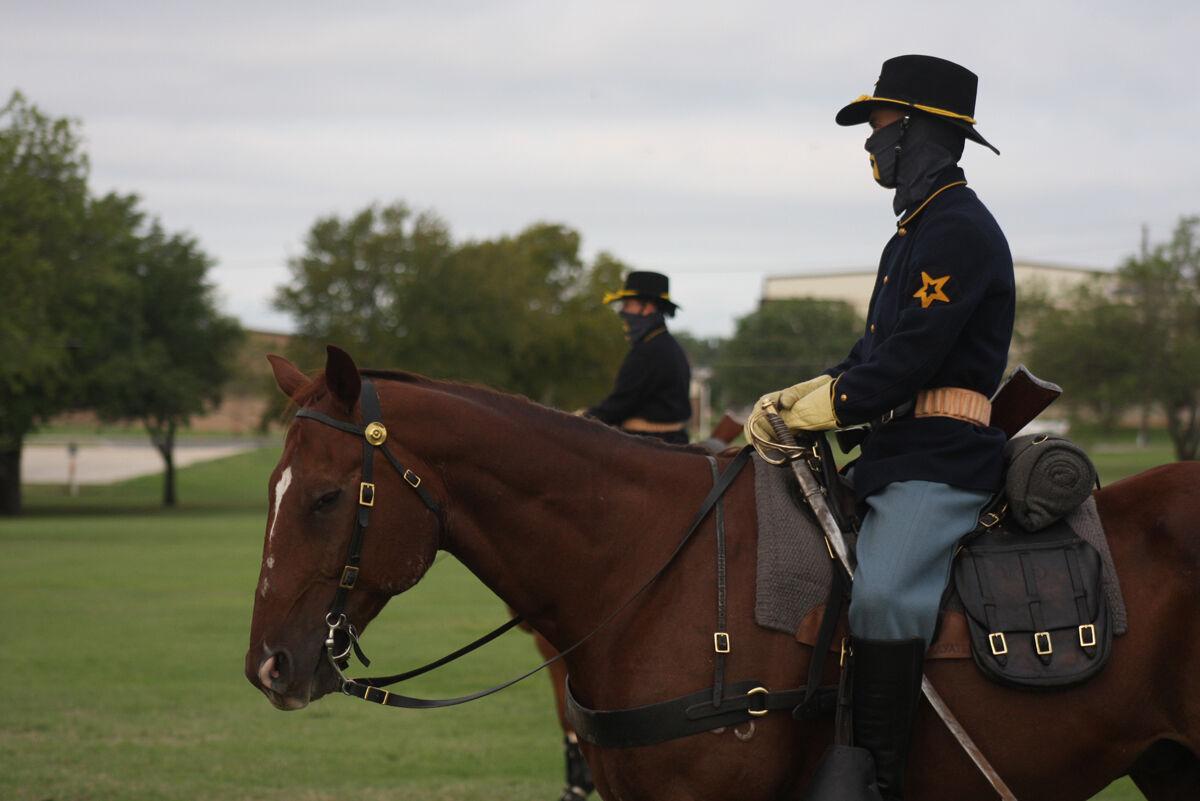 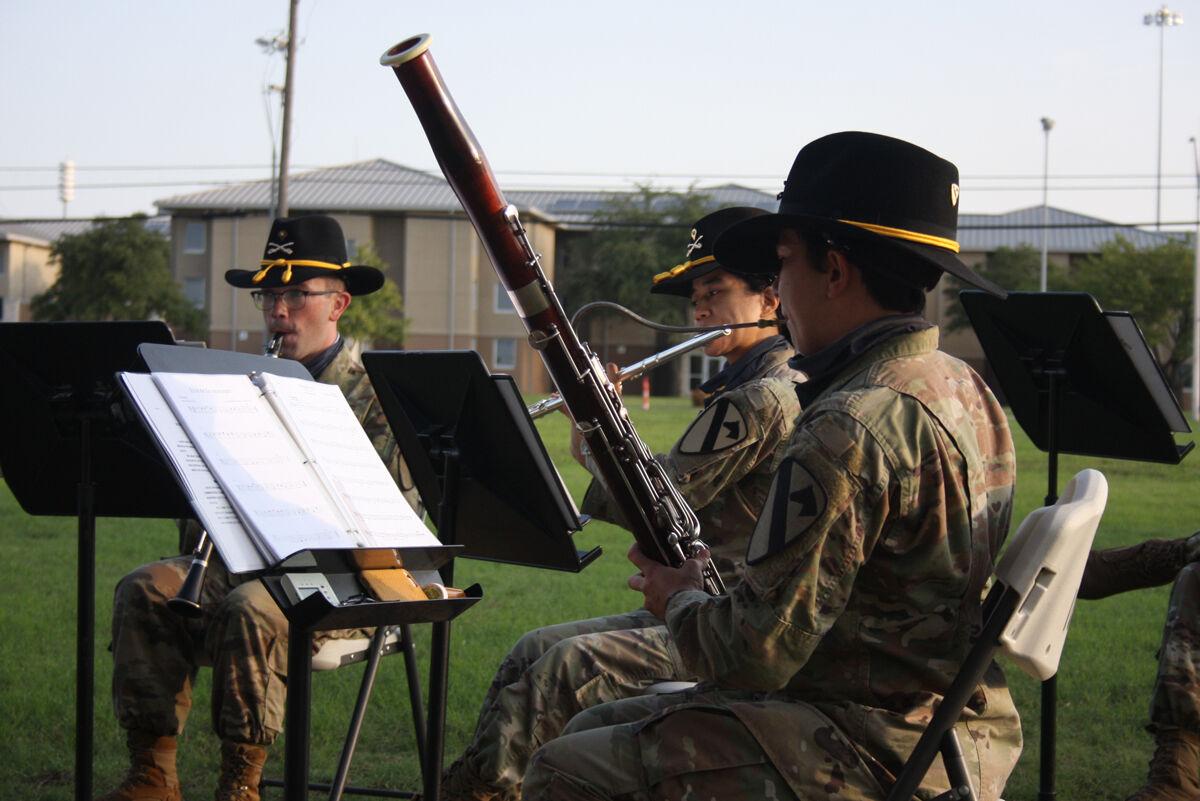 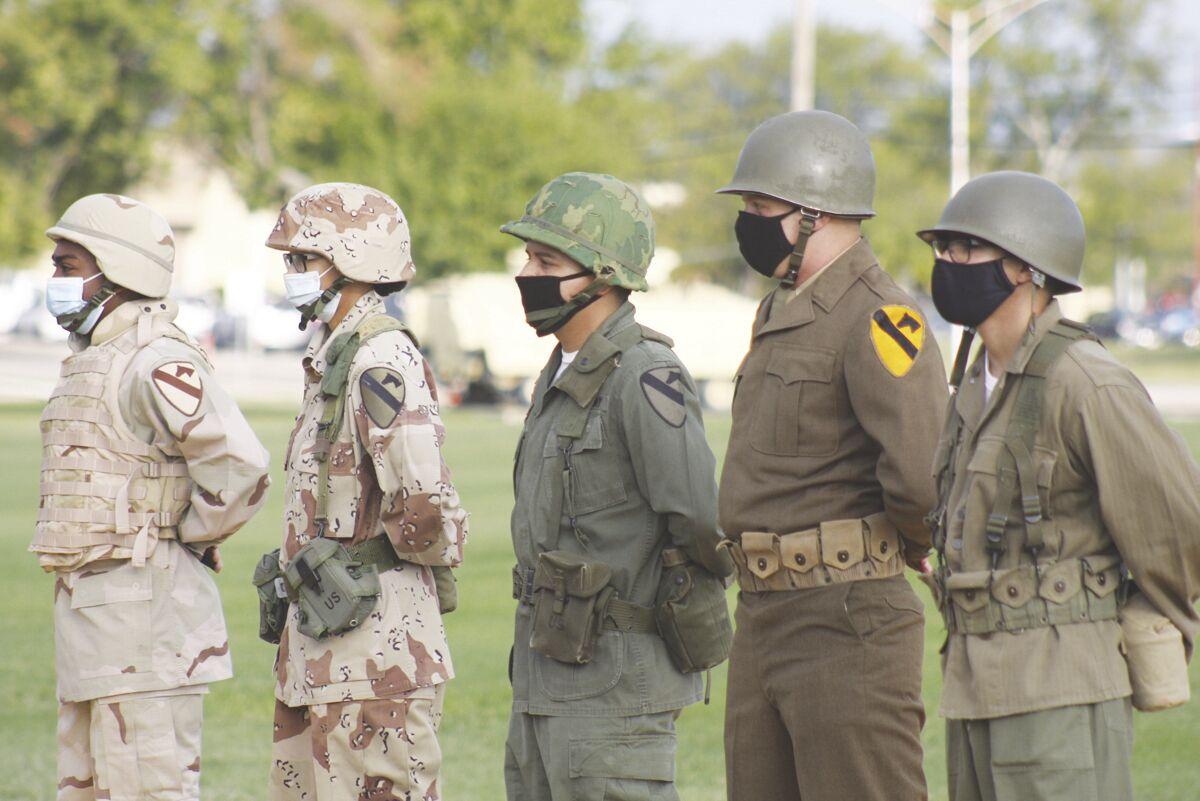 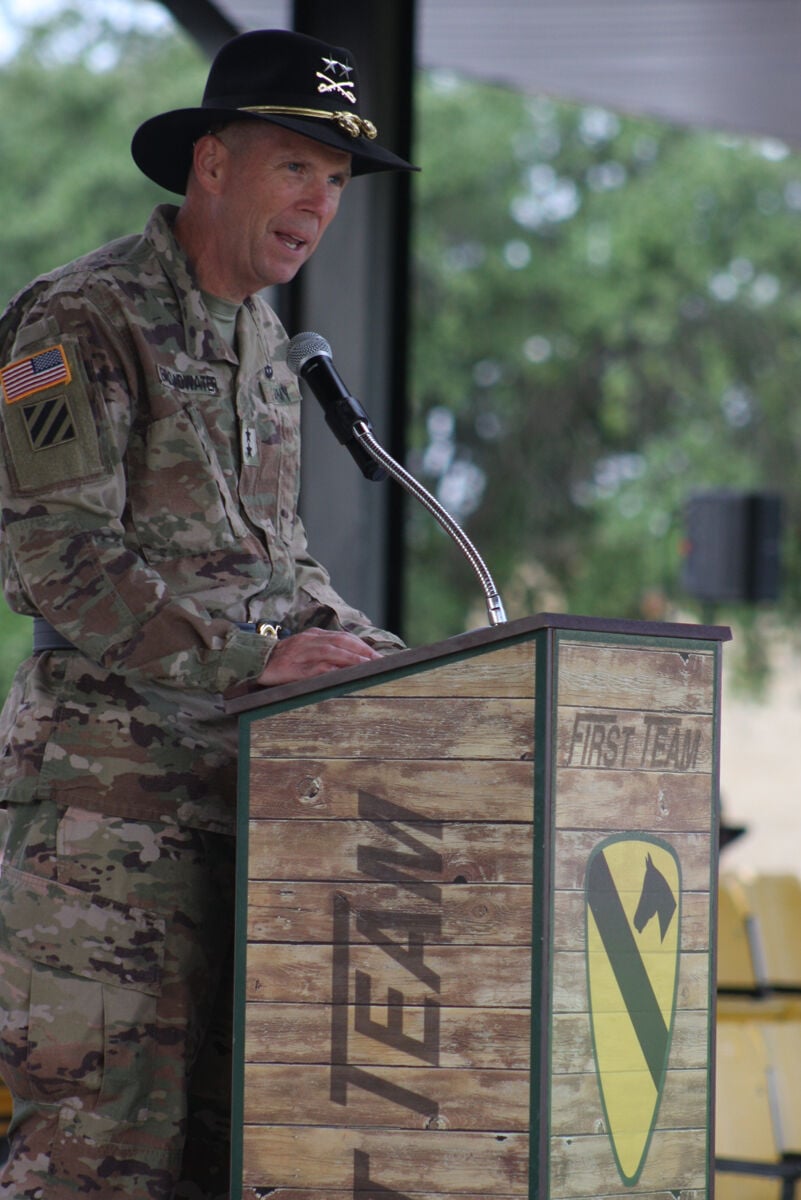 While a bit smaller that than the normal 1st Cavalry Division ceremony, leaders and Soldiers gathered to celebrate the First Team’s 99th birthday Monday on Cooper Field.

The crowd might have been small due to the ongoing pandemic, but the patch is still a big patch for the men and women who do big things.

The division streamed the ceremony online for the greater First Team family and veterans. The national and division colors were presented, the 1st Cav. Div. Band performed for the ceremony, and the cake was cut, with the primary audience this year being an online audience.

“When you think about all the Soldiers and all the sacrifices that the Soldiers and families have made for our nation in this great division, it is an extremely humbling experience, and it’s a pleasure to come to work every day,” Broadwater said.

During the ceremony, period uniforms ranging from World War II to Operation Desert Storm were showcased, along with a bit of the division’s history to go with each. Currently, the division continues to stay ready and relevant in several missions, including deterrence missions in Korea and Europe, as well as other missions in the Middle East. Now, they are conducting these missions with some of the newest weapon systems in the Army, according to Broadwater.

“We are the first division to get the new version of the M1A2 SEP V3 (Abrams main battle) tank, as well as the new artillery piece, and so as we modernize, and we get ready to prepare for whatever our nation calls us to, it’s something that we’re really, really looking forward to,” Broadwater said.

As the division begins its year-long trek to its 100th birthday, the emphasis has shifted a bit, Broadwater added.

“We’re really excited about this Operation Pegasus Strength that you’ve heard about,” he said. “We’ve been setting conditions for this for a while to make sure that we’re building the most cohesive teams that we can inside the division. Starting next week, we will actually start the second phase of that as we move forward to eradicate those corrosives that I talked about in the Army before. So, we’re very excited about that moving forward as well.”

He added, “And then ... just making sure that we are truly getting to know one another the best way that we possibly can to make sure we remember why we joined the army, why we’re trying to make a positive difference, and then how we can continue to move forward each and every day.”