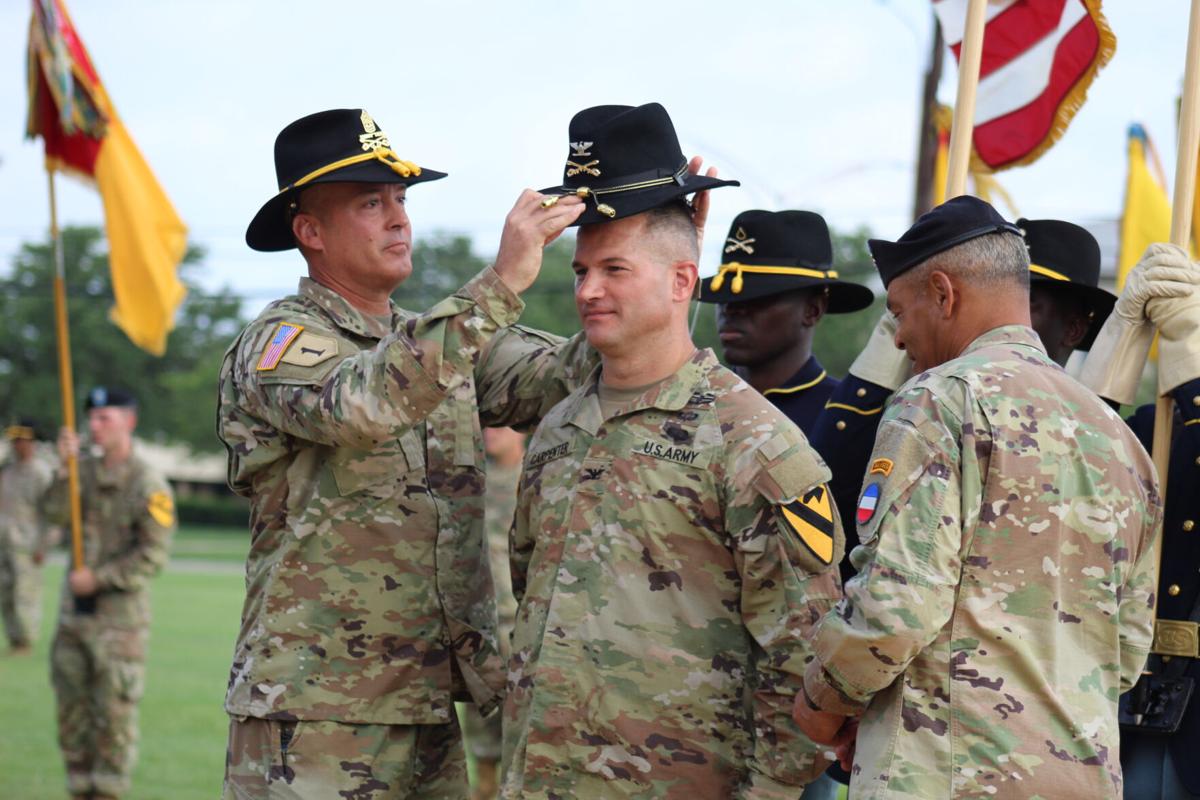 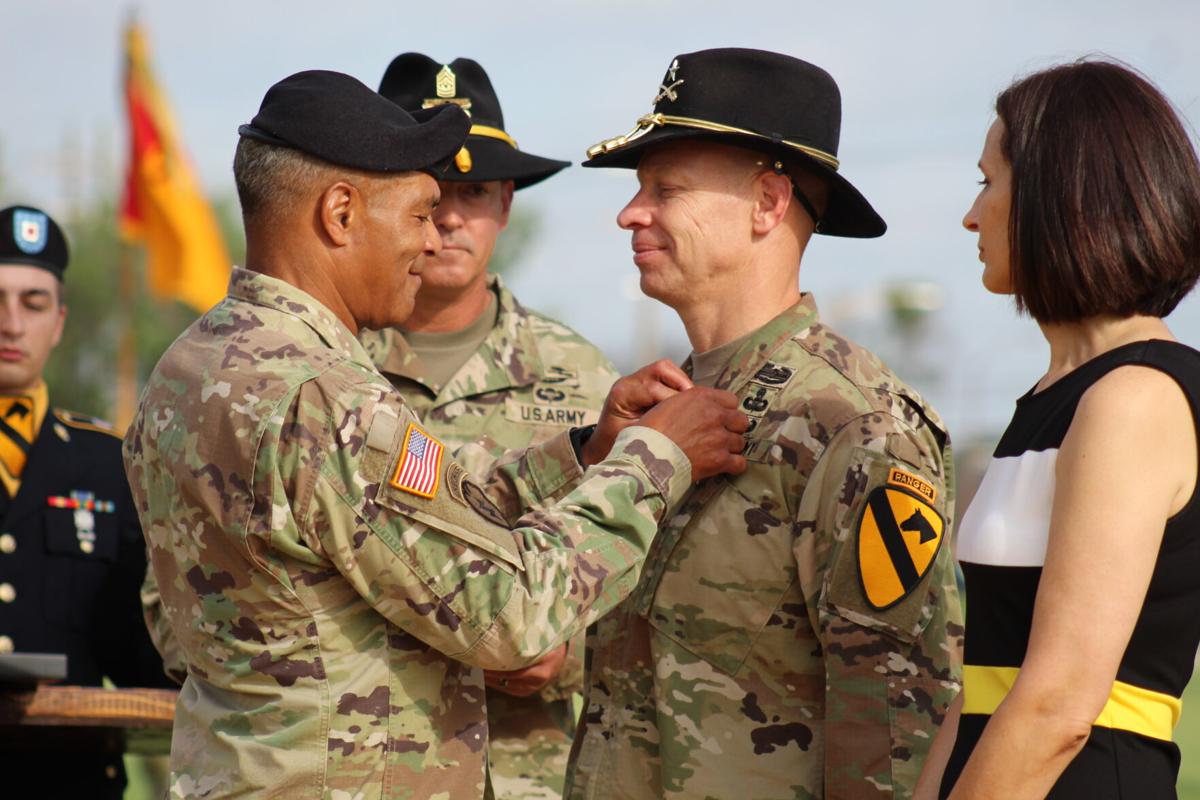 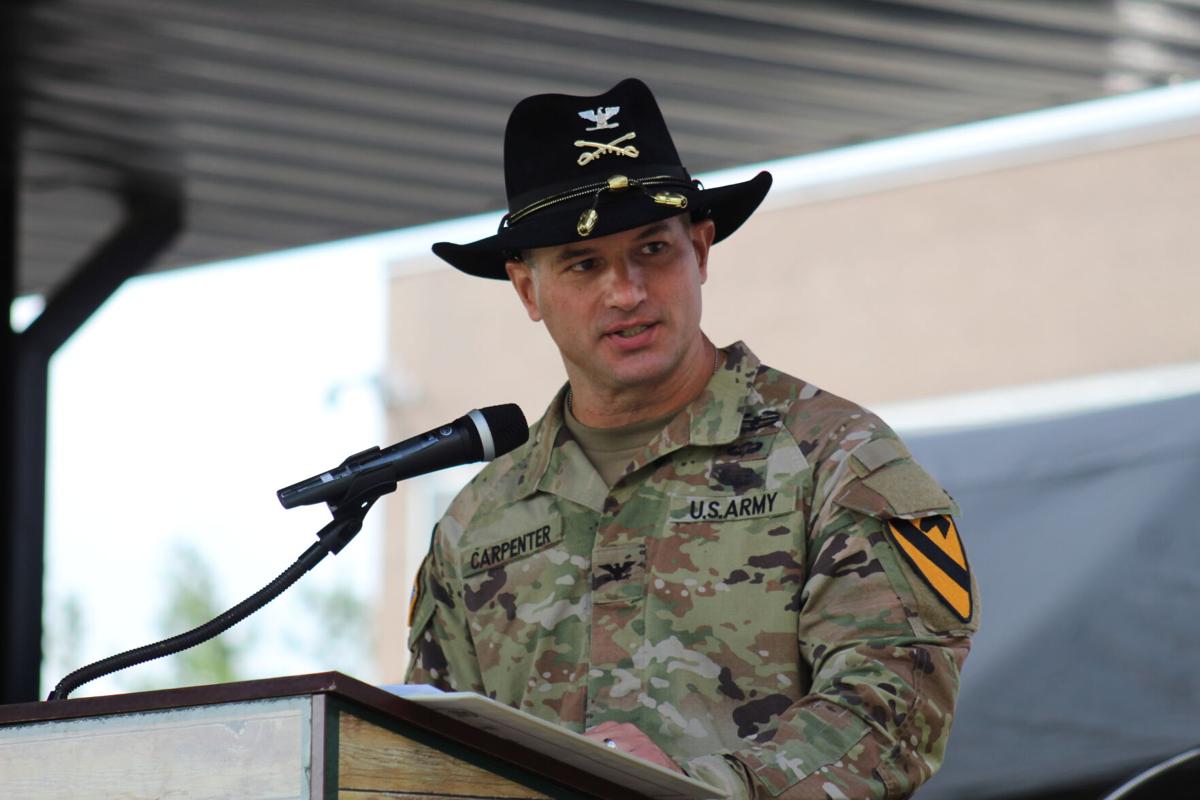 “In the 1st Cav., you say your troopers are courageous, audacious and victorious. I’m here to tell you that these words resonate far past the gates of Fort Hood,” Gen. Michael X. Garrett, commanding general of U.S. Army Forces Command, said. “In my experience, Americans, leaders and fellow service members know a Soldier from 1st Cav. is going to bring pride, professionalism and integrity to their mission.”

“Put your people first, ensure that they are ready to fight and win our nation’s wars and modernize the forces,” Garrett said to Carpenter. “I know that 1st Cav. is in good hands with you on the team.”

Garrett also presented the Legion of Merit to Sylvia for serving as the deputy commander of maneuver, while also taking on the role as the acting division commander, noting that Sylvia’s threshold of trust and responsibility has risen with each of his challenges and achievements.

“I stepped into a job that any person would love to have, but under conditions that no one ever wants. When I became the acting commander, I had 26 and a half years in the Army and I thought I had most of the answers on how to lead in the Army today,” Sylvia explained. “The last seven months, though, has humbled me and taught me so much – so much – about the troopers in our Army today, so much about the leaders we have leading these formations, and so much about the challenges on balancing readiness, modernization, and taking care of our troopers and their families.”

Garrett credited Sylvia for leading First Team through uncertainty, and thanked him for his commitment, insight and his example for others to follow.

In his closing remarks, Sylvia echoed back to the 1st Cav. Div. song “Spirit of the Cav,” which says “We are the Cav. We are the First Team.”

“It is we, not I. It is are, not was. It is the, not a. It is Cav. – courageous, audacious, victorious,” Sylvia concluded. “It is who we have been for a hundred years, it is who we will be for a hundred more. We are the Cav., we are the First Team, and from the bottom of our heart, thank you.”