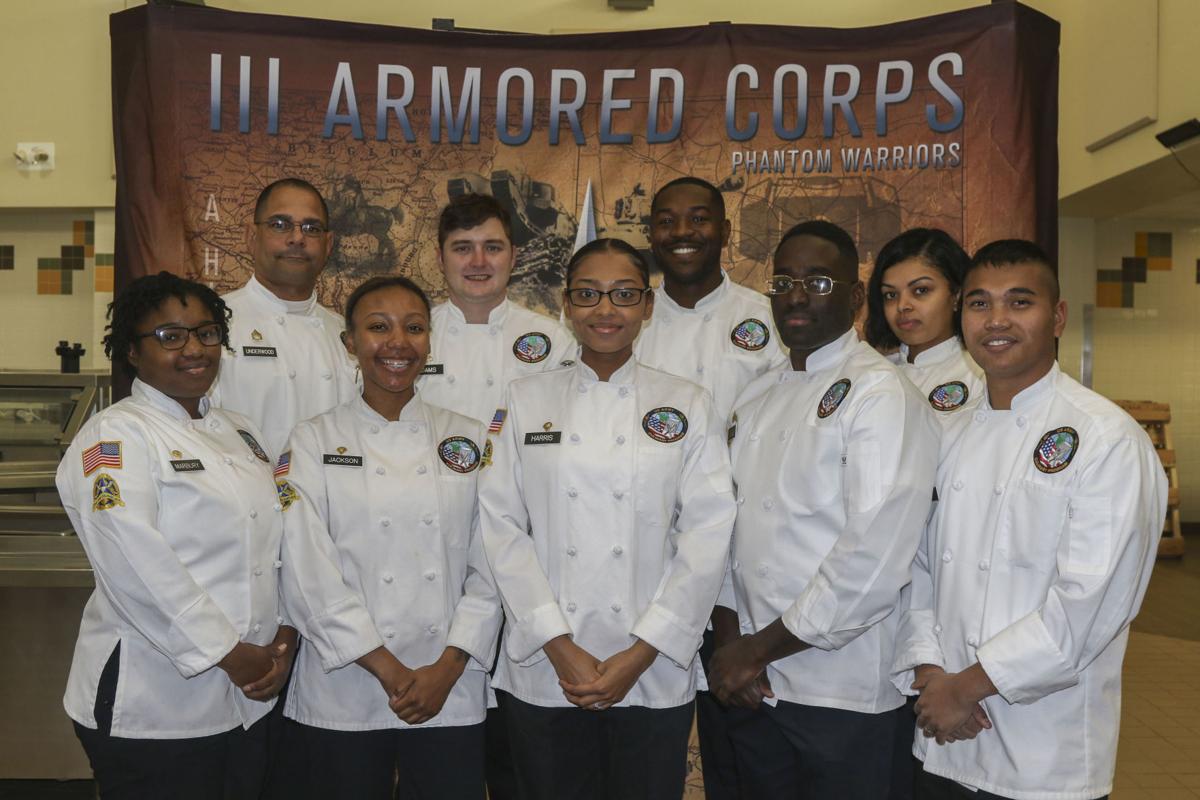 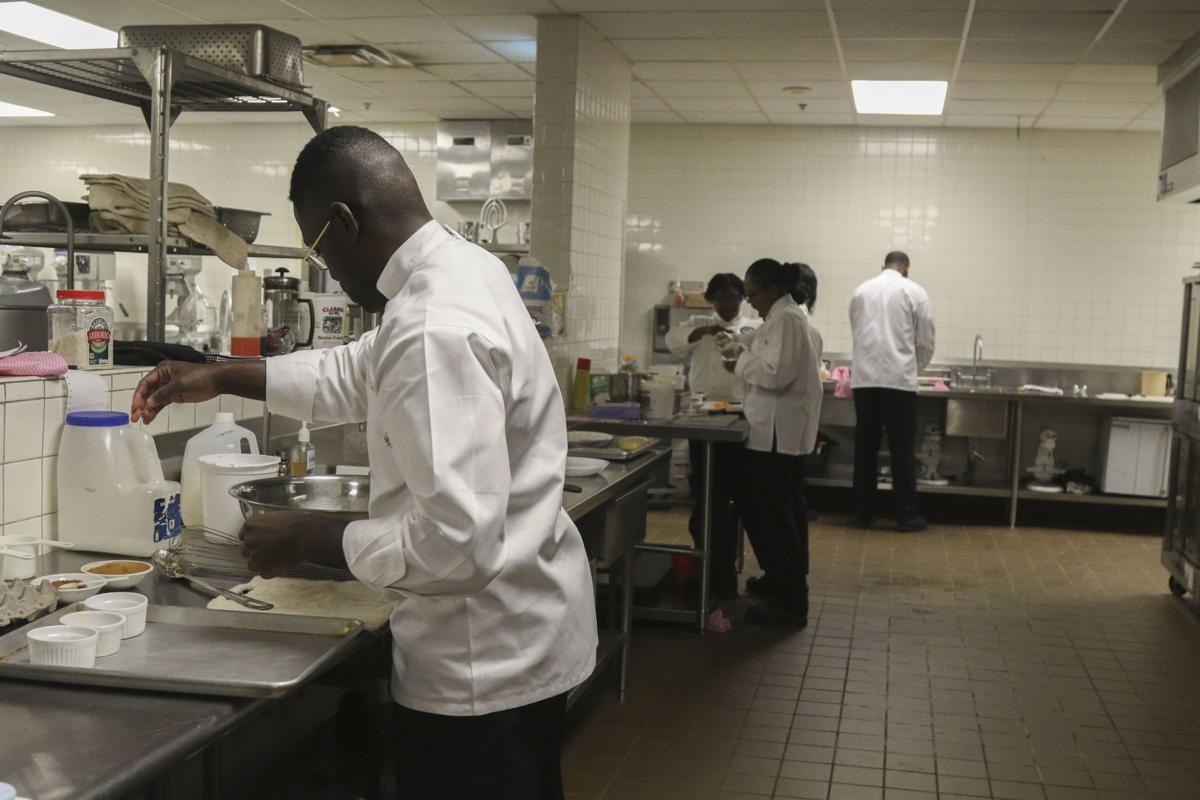 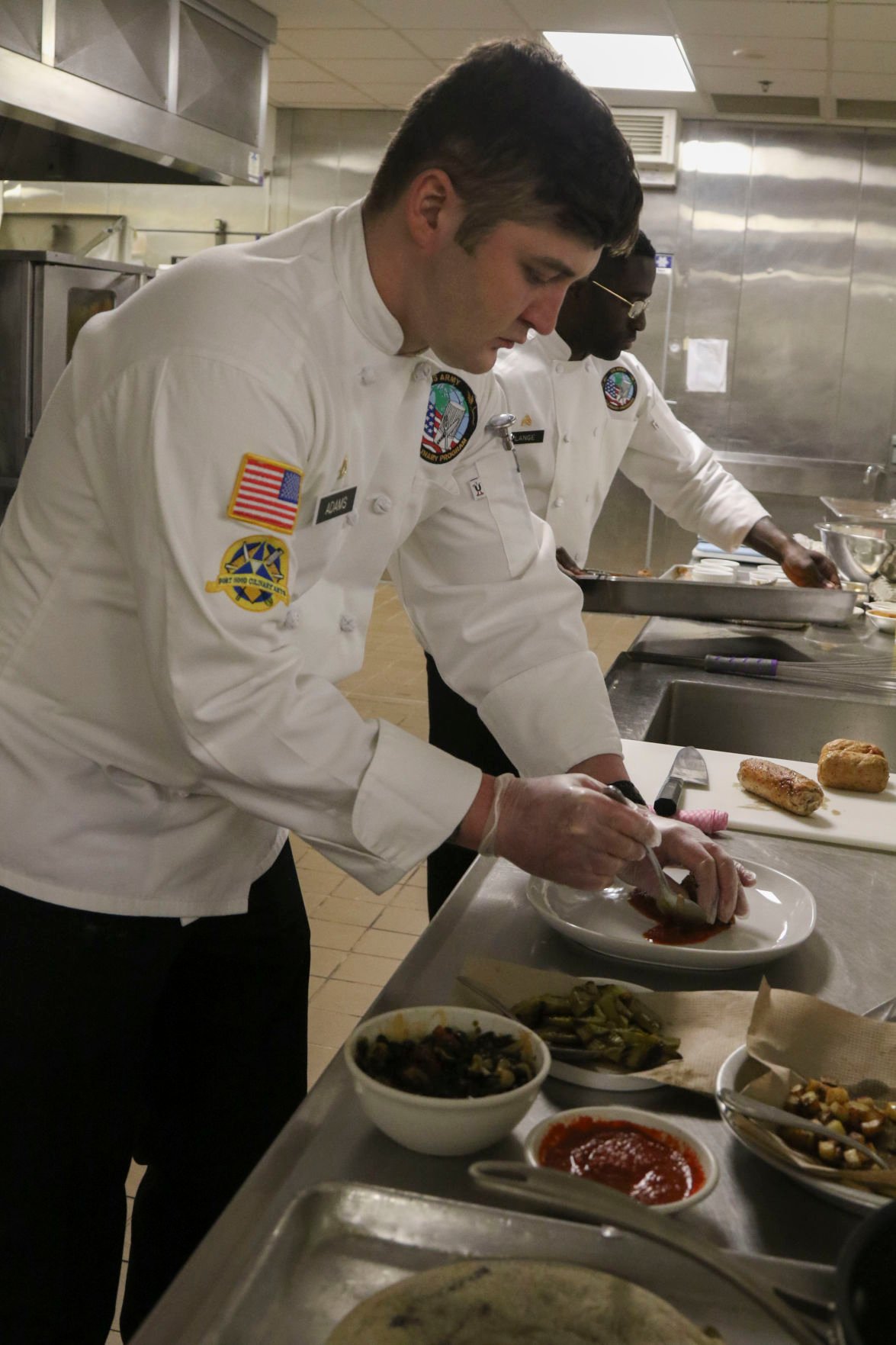 “I always try and tell Soldiers there’s a pride in being a cook,” Sgt. Sean Lange, the culinary team training noncommissioned officer, explained. “At the end of the day, food is what keeps the fighting force going – it makes everybody happy and I consider that a challenge but also a reward for us.”

This training event not only provides the opportunity for Soldiers to raise culinary excellence and professionalism, but also incentives and recognition in the form of certificates, medals, trophies and credentialing through the American Culinary Federation.

In order to be selected as part of the culinary team, there’s a list of requirements that need to be met.

Adams, who competed last year for student chef of the year, earned bronze and now uses his experience to train other Soldiers.

Soldier skills, such as physical fitness, weapons qualification, commander’s recommendation and a written biography, all play a role in your acceptance into the program.

However, when trying-out for the culinary team, it tests each Soldier’s creativity as a chef.

“You do a mystery basket, four-course meal in three hours and a panel of judges will judge your plates,” explained Adams.

A typical training day for the Soldiers on the culinary team includes ingredient preparation, student skills, classical knife cuts, chicken and fish fabrications and composing what you get from those skills and coming up with individual dishes.

“We train Monday through Friday and we time everything we do,” Adams said. “We have to train how we would fight, essentially.”

Lange said when Soldiers join the culinary team, it allows them to have fun.

“Here you’re actually able to hone your craft and do different things with your food that you can’t do at the D-FAC,” he added.