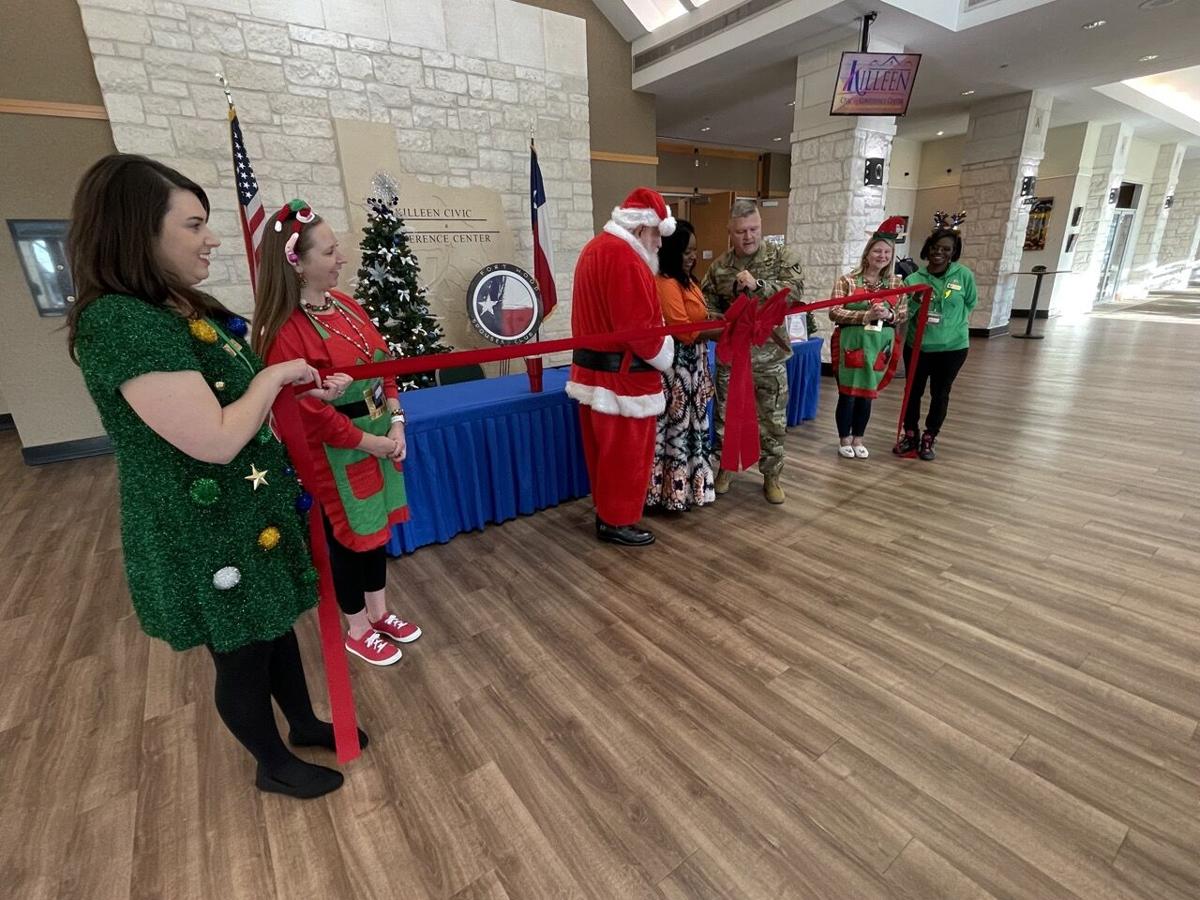 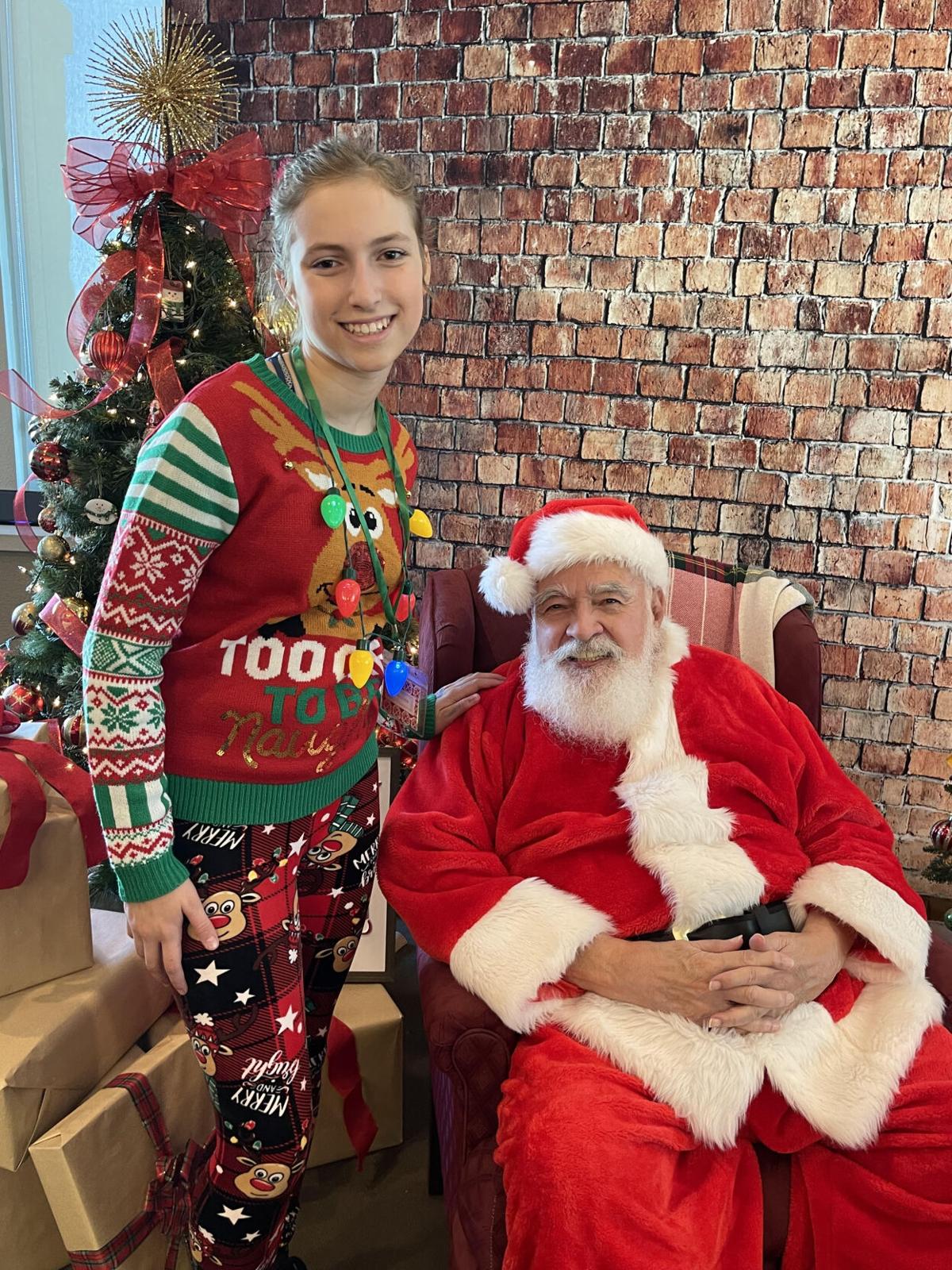 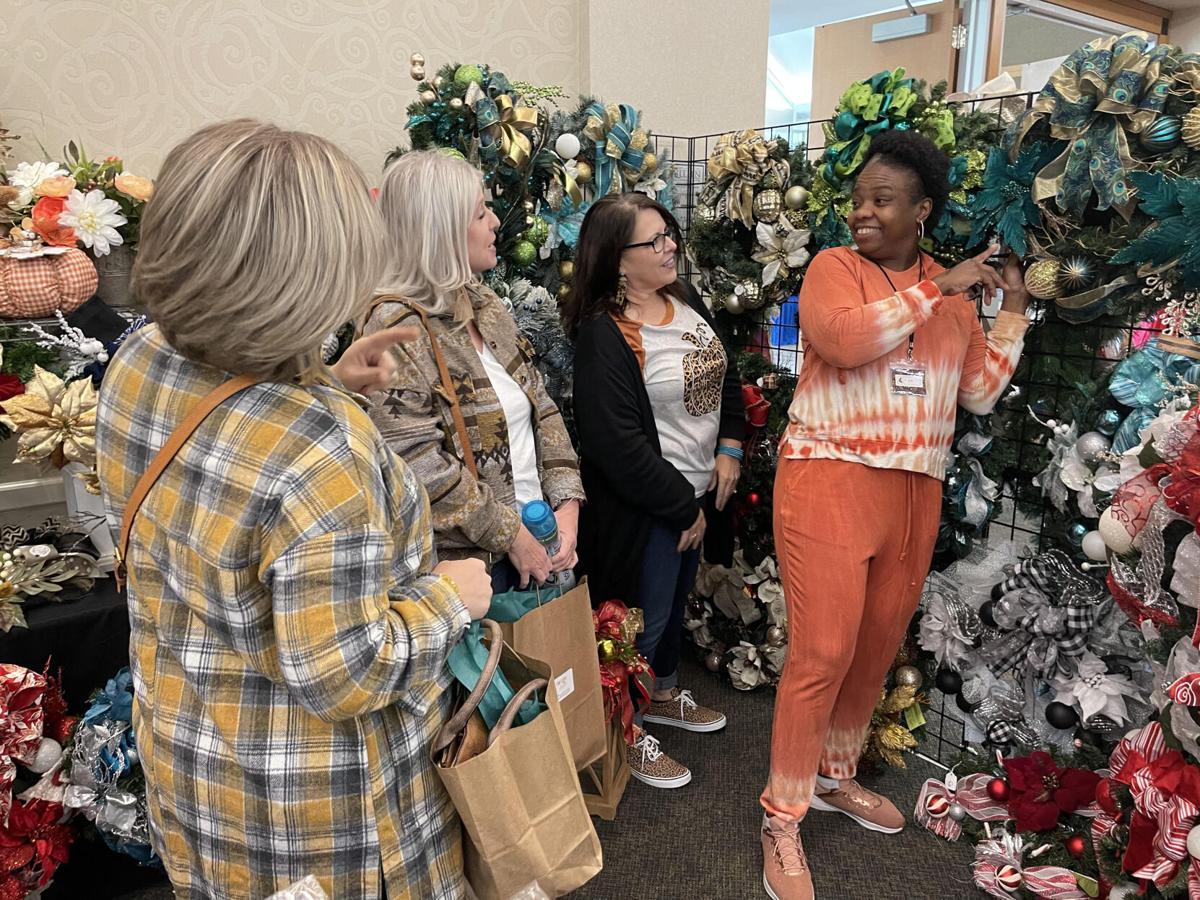 The annual fundraiser is the club’s largest effort.

“It is the bulk of where our money comes from,” Casey Black FHSC vice-president and co-chair for the bazaar this year, said, “that we give back through community outreach.”

Just moments before the doors opened to shoppers Saturday morning, U.S. Army Garrison – Fort Hood Commander Col. Chad R. Foster joined with FHSC leaders, Santa Claus and Sheena Carter, the community marketing manager for DOCS Dental, to cut a huge red ribbon and open the event. Black, who has been at Fort Hood less than two years, said it has been an honor to keep this four-decade-long tradition going.

The garrison commander, likewise, lauded the club’s tradition of community outreach and support.

“We have a lot of traditions in the Army and those things go back a long ways – traditions of service, traditions of coming together to give back to something bigger than ourselves is always unique and special,” Foster said. “This is a manifestation of that. It’s one of the things that makes the Fort Hood community … the Central Texas community something different, something special. It really does.”

Black said the annual event wouldn’t be possible without its brigade of volunteers pitching in.

“Our board, we make up about 20 people, and we have probably 20-25 more volunteers that signed up to help us today,” she said. “I mean, it’s a huge undertaking. We’re so grateful for our volunteers. This thing doesn’t happen without volunteers at all.”

Black said that this year the bazaar further benefitted from a sponsor.

“We have a wonderful sponsor, DOCS Dental,” she said. “They reached out to us the week before last and said, ‘We want to support you. We want to sponsor you. We want to help. How can we do that?’ We’re super excited about that.”

Outside the center, several food trucks lined the venue. It was another new attraction added for this year’s event. While a few large stores were among the vendors, most were small businesses like YK Designs from Copperas Cove. Owner Tanyika Woodberry is the spouse of an Army retiree and employed as a family life counselor on the installation. She operates her holiday wreath business in her spare time. This year is her 12th consecutive year at the Holiday Bazaar.

“This is the only event I do,” she said. “I love crafting and I love the military, so I like to support and come back every year.”

With nearly all proceeds from the event heading to area non-profit organizations and charities, Black said she had high hopes for this year’s holiday fundraiser.

“I don’t want to compare it to last year because that was during the huge height of COVID,” she said. “My hope this year is that we can make around $15,000, if not more. That would be my hope.”