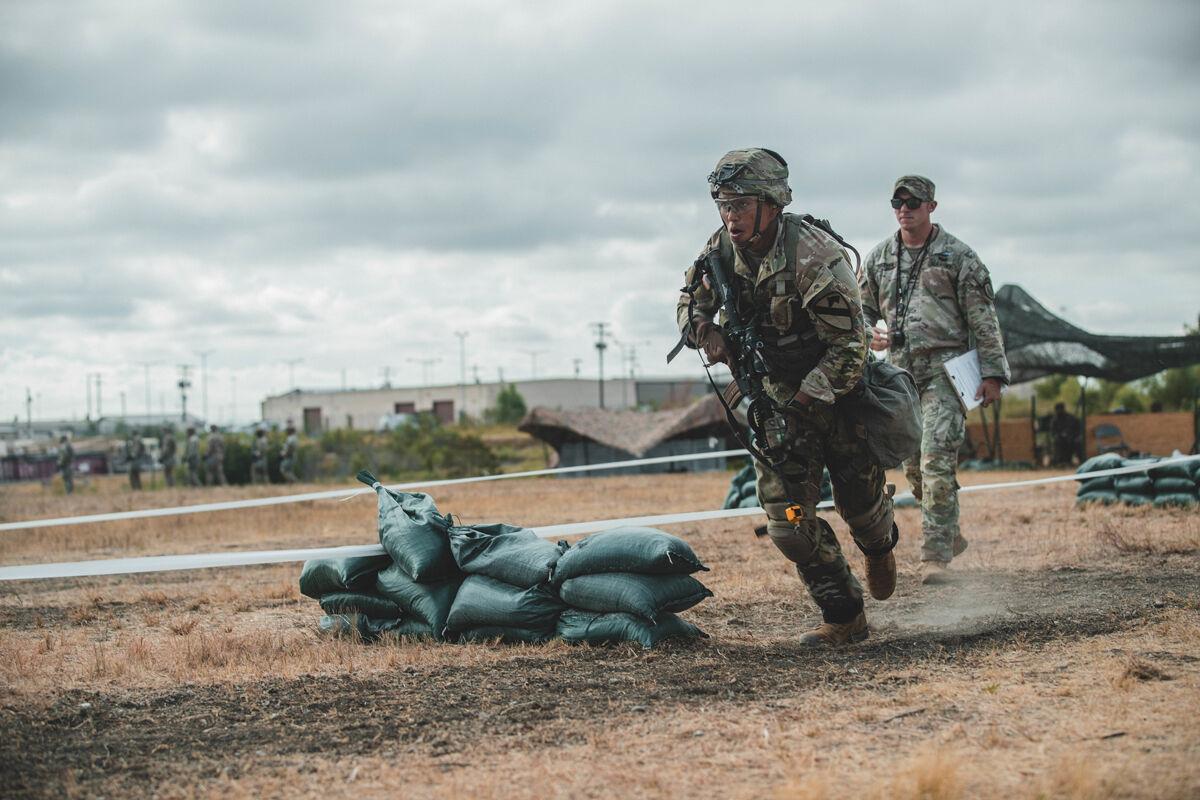 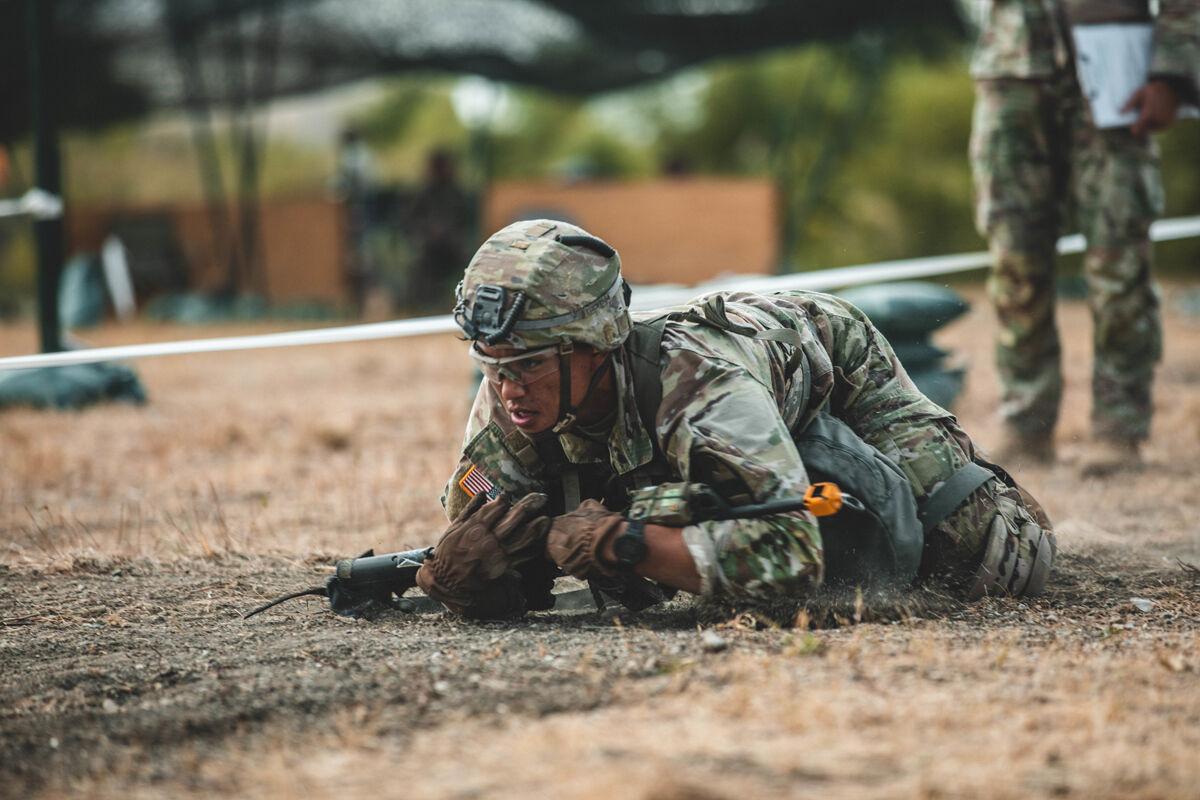 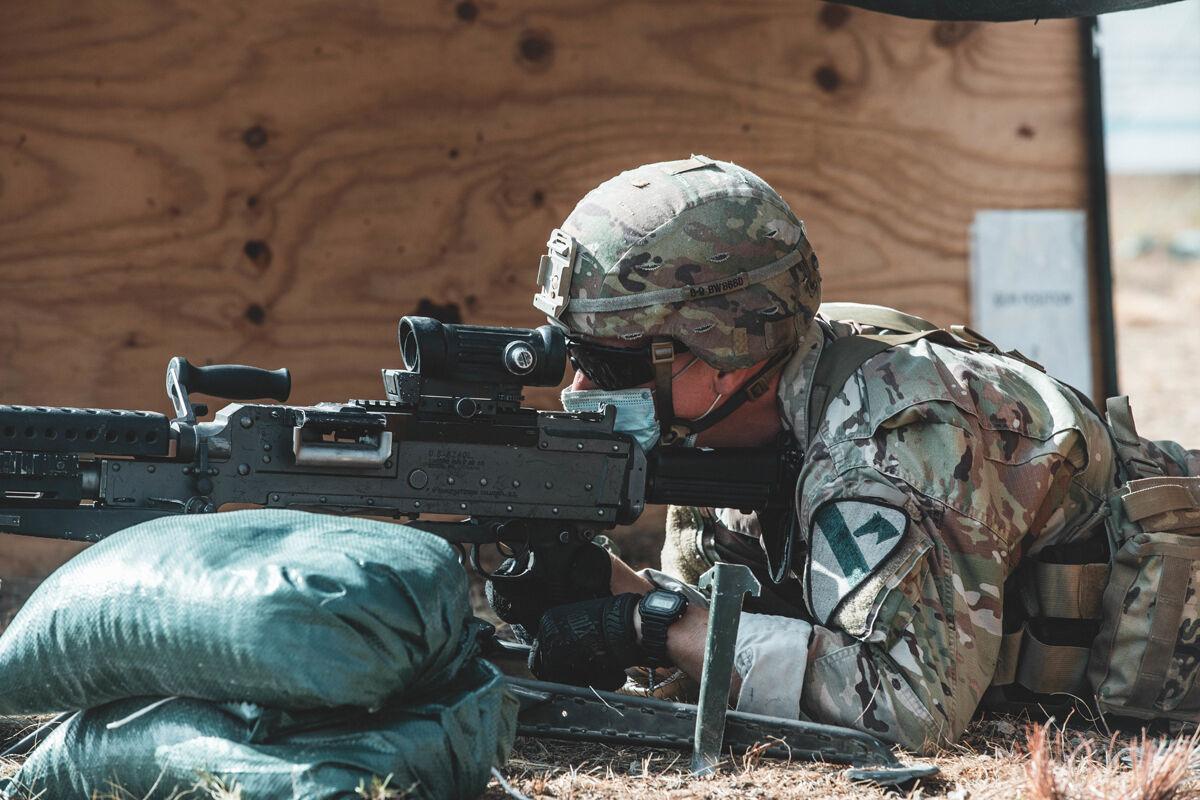 A trooper with 3rd ABCT, 1st Cav. Div., sights a target during the patrolling portion of the coveted EIB and ESB qualification at Fort Hood Aug. 26.

A trooper with 3rd ABCT, 1st Cav. Div., sights a target during the patrolling portion of the coveted EIB and ESB qualification at Fort Hood Aug. 26.

The EIB and ESB qualification is not for the weak hearted. The difficult testing left 599 troopers in the dust with only 18 earning the title of “Expert” out of the total of 617. 3rd Armored Brigade Combat Team, 1st Cavalry Division, hosted the three-week long event that occurs once every two years.

“What we are demonstrating right now is experts, excellence and so-forth,” Command Sgt. Major Arthur Burgoyne, III Corps command sergeant major, said. “That’s what the Army is about; awarding excellence.”

The EIB qualification dates to 1944 when 100 noncommissioned officers from 100th Infantry Division underwent a similar three days of testing. It was originally created as a symbol of tradition for the United States Infantrymen. Now, the EIB has a sibling known as the ESB. This badge was recently created in 2019 with the design to improve lethality and recognize those who chose to drive their unit’s operational readiness forward. This year is the first time that Fort Hood has hosted ESB qualifications and it is only the third time for the U.S. Army.

“I put in the work, took it one day at a time, I did all of the tasks, and I managed to complete it,” 1st Lt. Gentleman Baker, a Greywolf trooper and EIB awardee, said.

Over the course of the qualification, the awardees completed a variety of testing to include land navigation, patrolling, combat medical care, weapons knowledge and a 12-mile long ruck march. The qualification, after completion, proves that these troopers are experts when it comes to infantry and Soldier skills.

“At the end of the day, you get to say ‘I have demonstrated a level of proficiency and mastery of these tasks’ and it gives you that baseline knowledge, respect and the ability to work with others,” Baker said.

These troopers will not quit for anything and now they are experts in their fields. Their leadership now knows that they can perform competently on an individual level and train others to do the same.

“That’s our job as leaders … is to train our Soldiers,” Burgoyne said.

Burgoyne also stated he wants those who qualified to take the skills they have back to their units to train and lead others so they can earn the same “Expert” title.

Those who did not qualify this time around will have another shot in two years to earn the coveted badge. They will have 24 months to train and prove themselves as experts in the field.