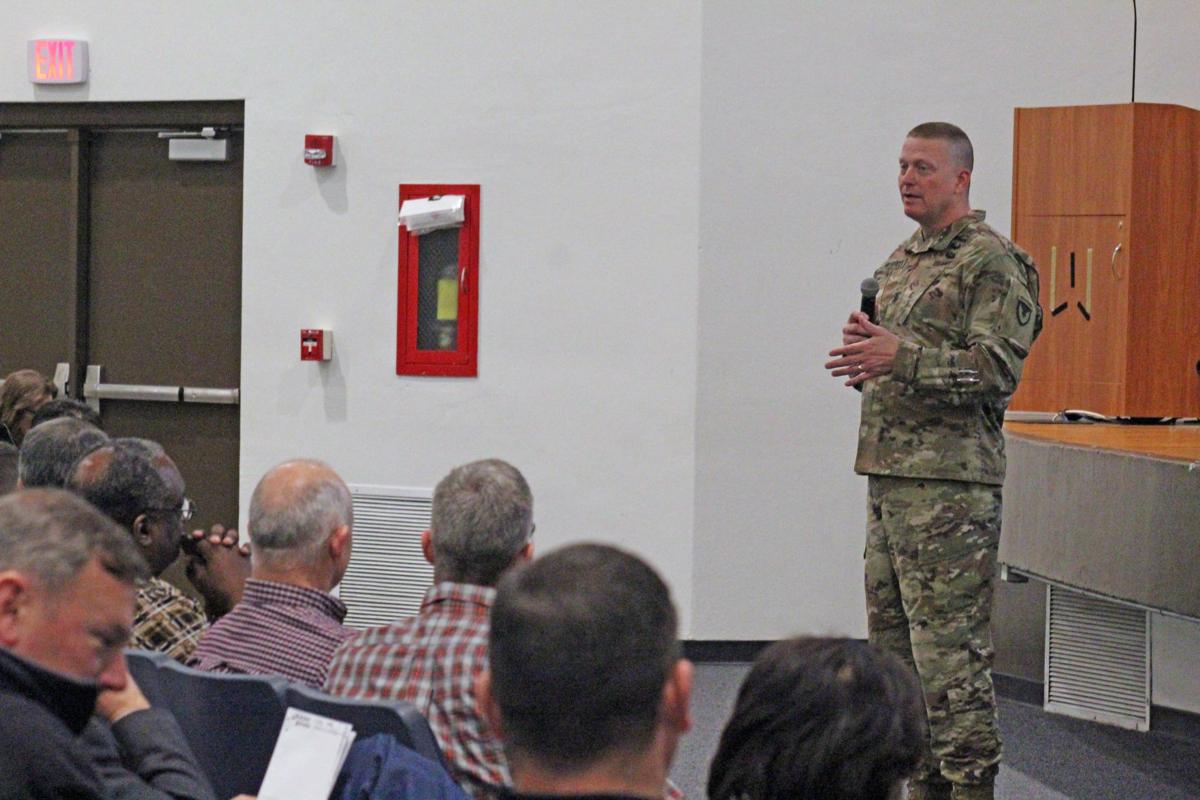 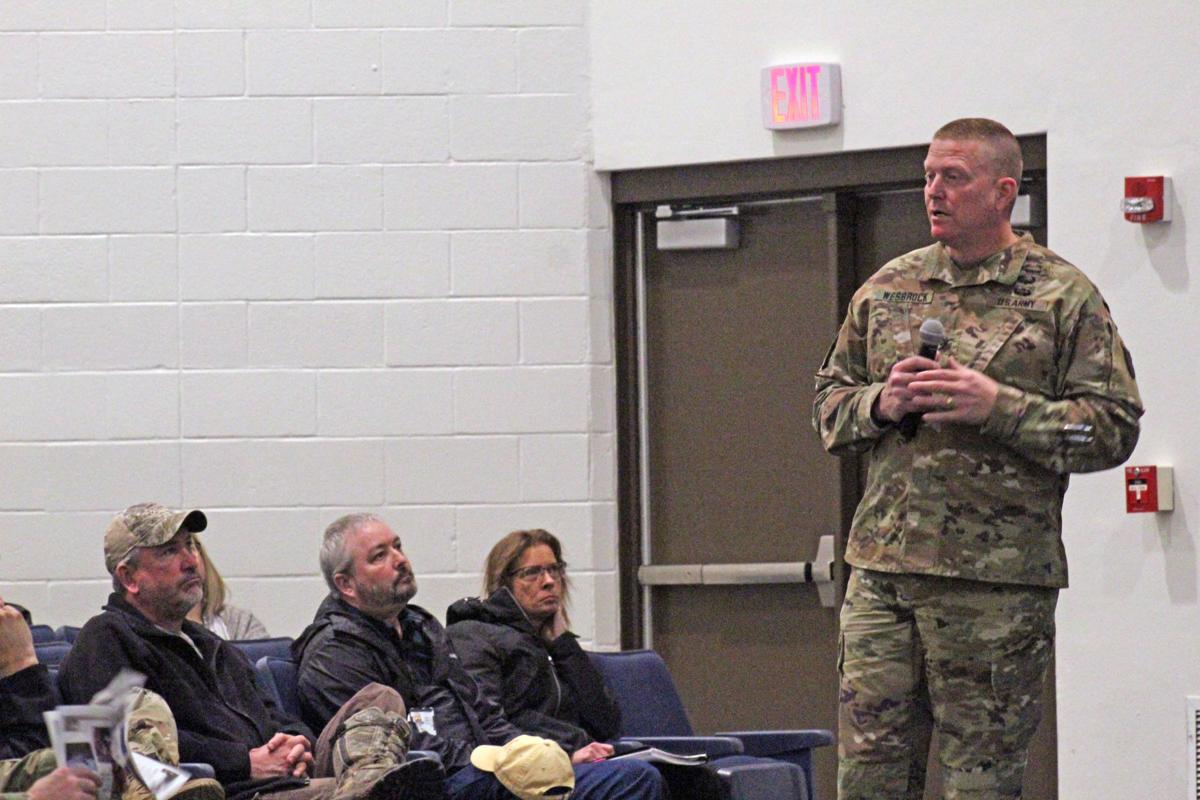 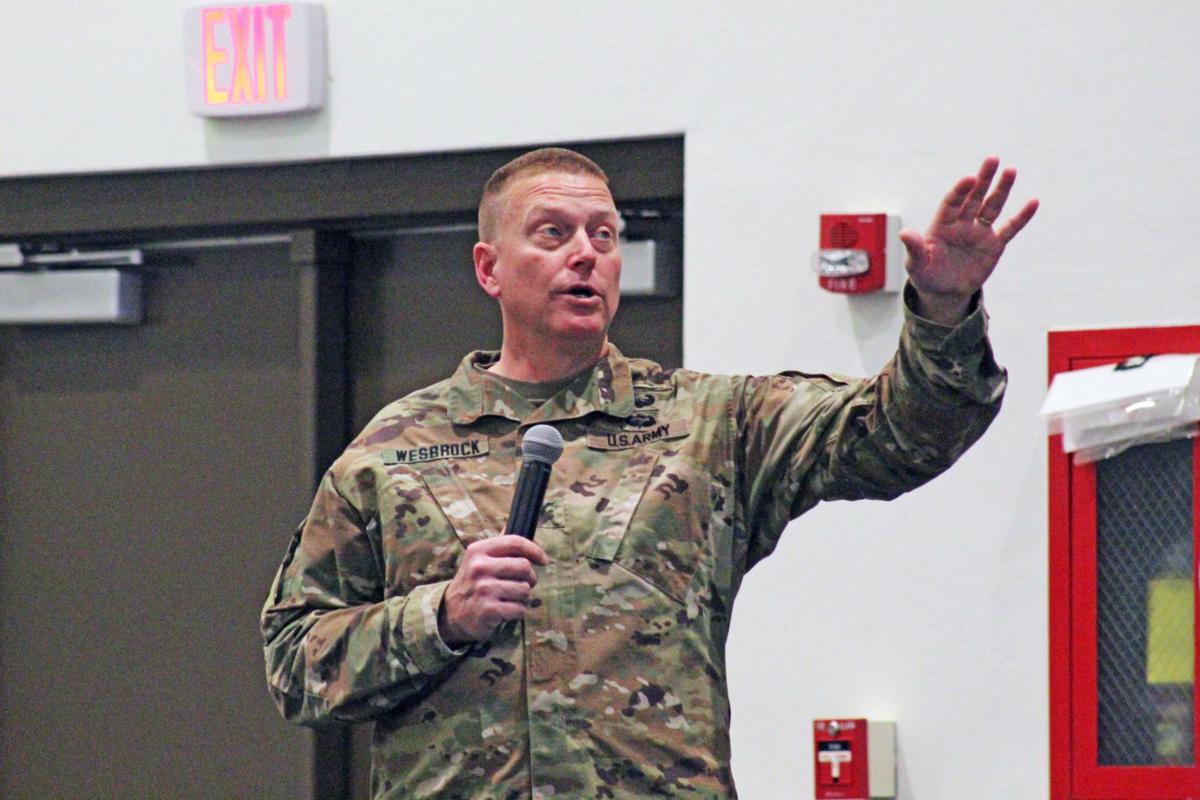 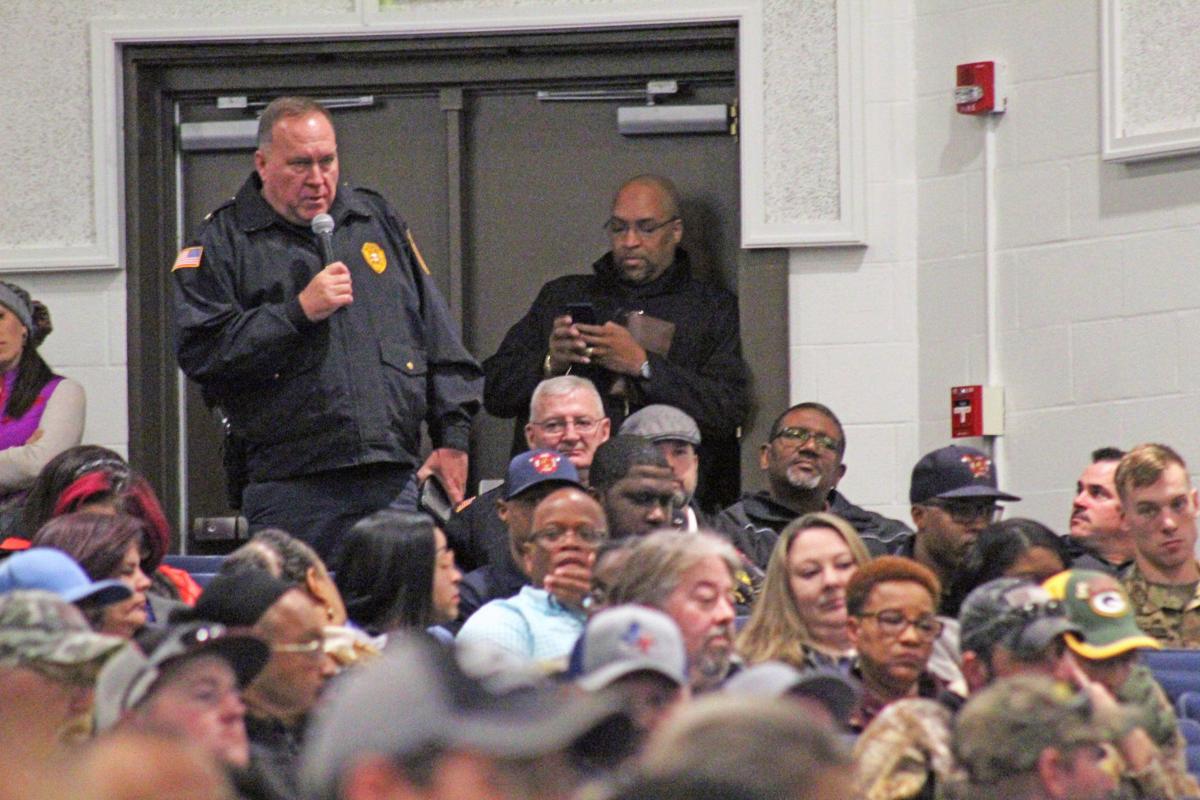 Bob Adams, with Fort Hood’s Directorate of Emergency Services, responds to a question posed by someone in the audience of the U.S. Army Garrison – Fort Hood town hall Jan. 22 at Howze Auditorium. 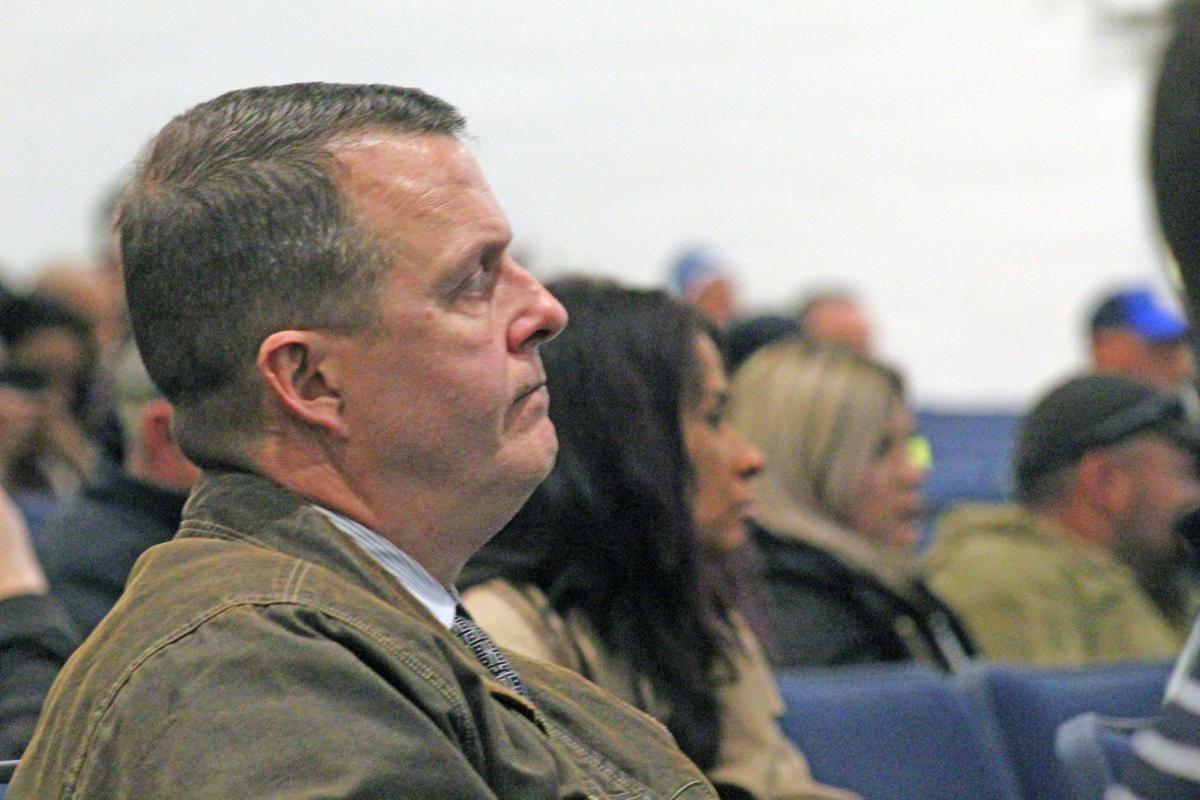 Bob Adams, with Fort Hood’s Directorate of Emergency Services, responds to a question posed by someone in the audience of the U.S. Army Garrison – Fort Hood town hall Jan. 22 at Howze Auditorium.

Col. Jason Wesbrock, commander of U.S. Army Garrison – Fort Hood, said as of 2020, there are more than 39,000 troops stationed at Fort Hood, along with more than 49,000 family members. Including Soldiers, family members on and off post, government civilian employees, service and contractor employees, retirees and survivors, the installation serves more than 481,000 people.

“You all in this room play a large role in making sure the services are available to support all those people,” he said.

The impact of the garrison’s mission was of interest to some.

“I thought it was some useful information, particularly the amount of population we serve,” Tyler Broadway, Fort Hood media relations, said. “That stood out to me.”

One of the biggest discussion points was the Department of Defense Performance Management and Appraisal Program, the program the DoD uses to evaluate its federal civilian workforce. Currently, the DPMAP uses a rating scale of 1-5, though employees can only been rated a Level 1 – Unacceptable, Level 3 – Acceptable or Level 5 – Outstanding.

With the current evaluation, performance improvement may not show based on the DPMAP. Wesbrock encouraged the employees to know their contributions and be a part of their evaluation process.

“If it’s not where you think it is, have that discussion with your supervisor,” he advised.

Wesbrock also announced the federal civilian workforce will be receiving a 2.85% pay raise, authorized by the Fiscal Year 2020 National Defense Authorization Act. Military personnel were authorized a 3.1% pay increase in the same budget.

He also announced the approved funding for nine additional barracks renovations on the installation, as well as Fort Hood’s 100th new barracks, which will house Soldiers from the 69th Air Defense Artillery Brigade. Construction costs for the new barracks, which will sit at the end of Tedesco Way, will be paid with $32 million in Military Construction funding for FY2020.

The garrison commander said there are a lot of great things currently going on at the Great Place. According to the Texas State Comptroller’s office, Fort Hood has a $24.56 billion annual economic impact and the most employees on a single site in the entire state of Texas.

“The Texas State Comptroller said there are two organizations in Central Texas that keep Central Texas youthful and economically developed,” Wesbrock said. “The first one is Fort Hood and the second one is Texas A&M.”

The garrison commander hosts a town hall for the civilian workforce annually to keep the lines of communication open.