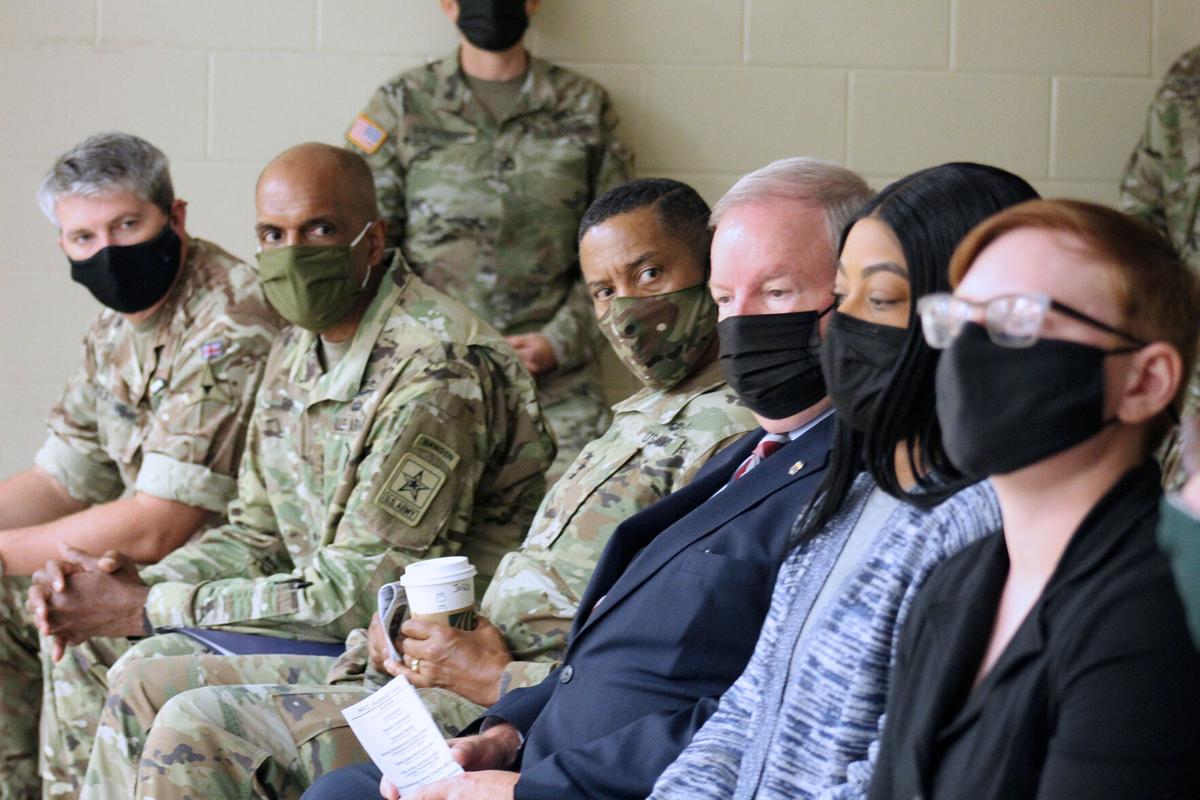 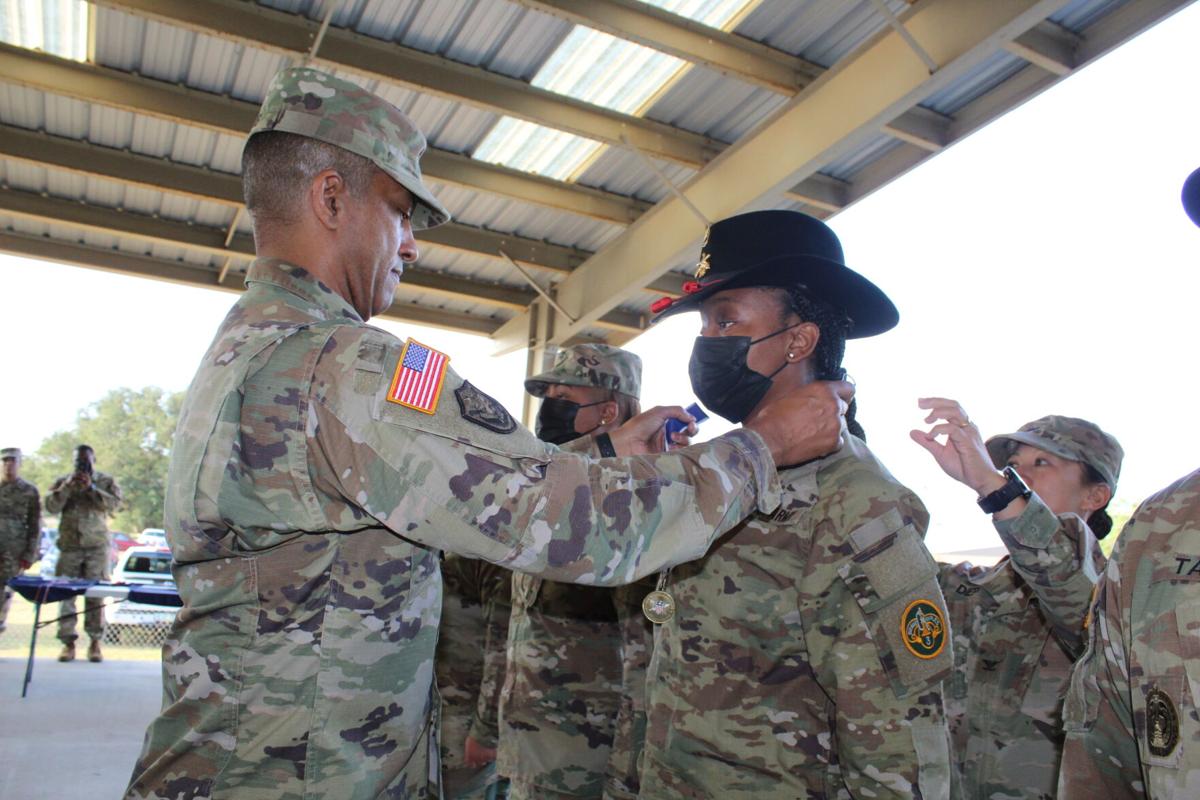 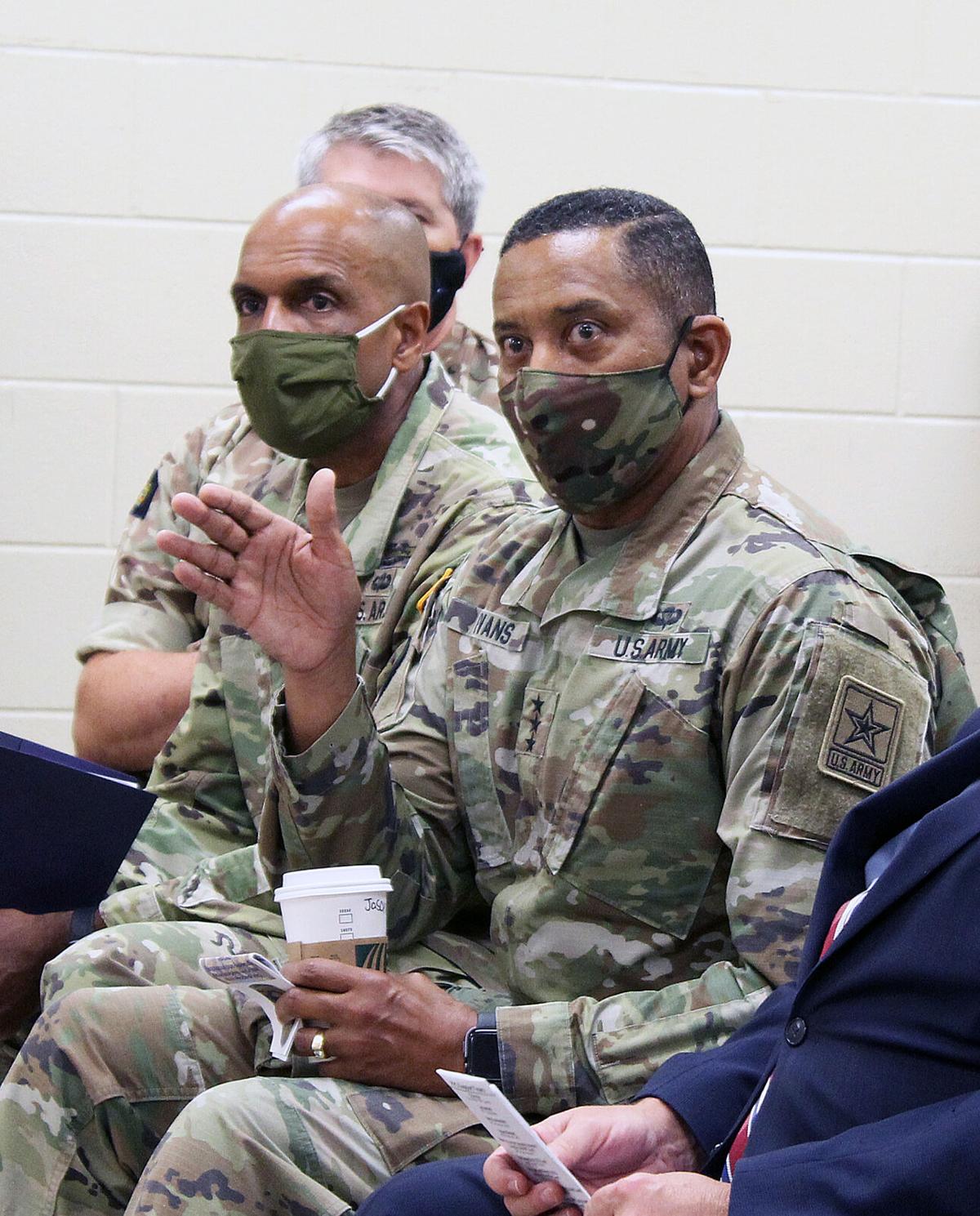 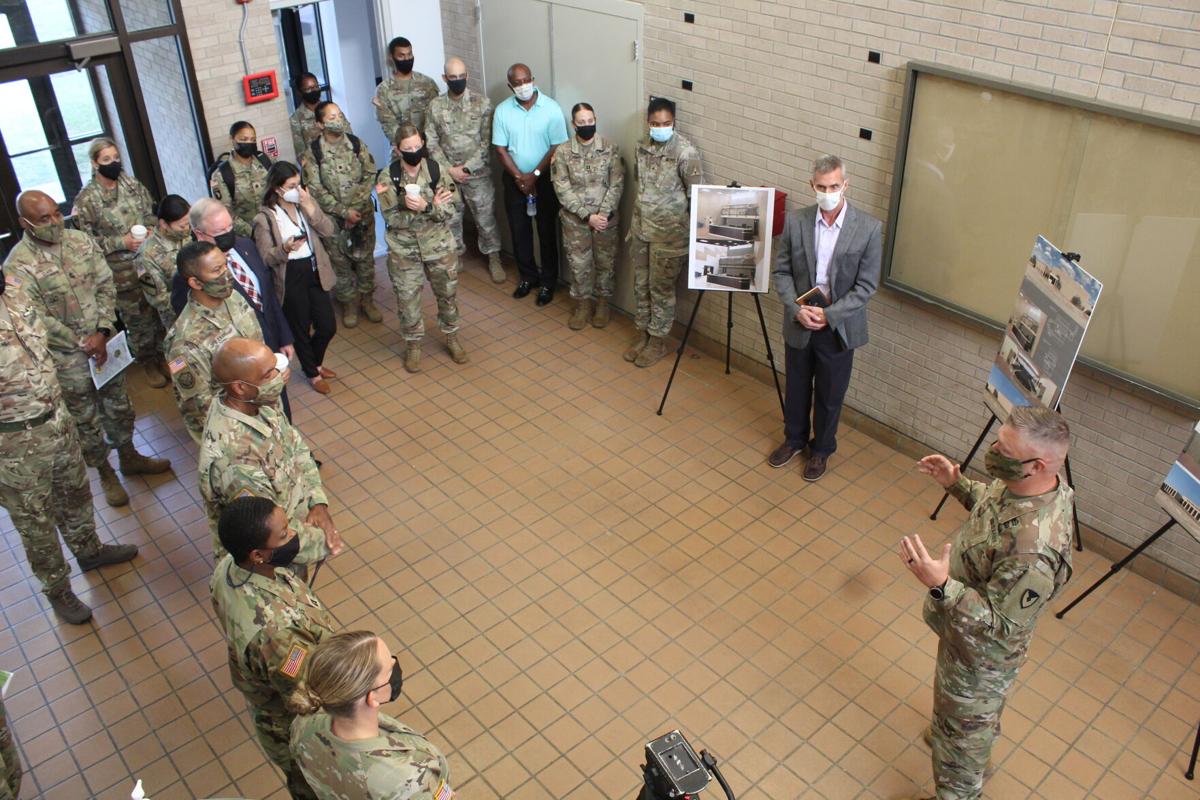 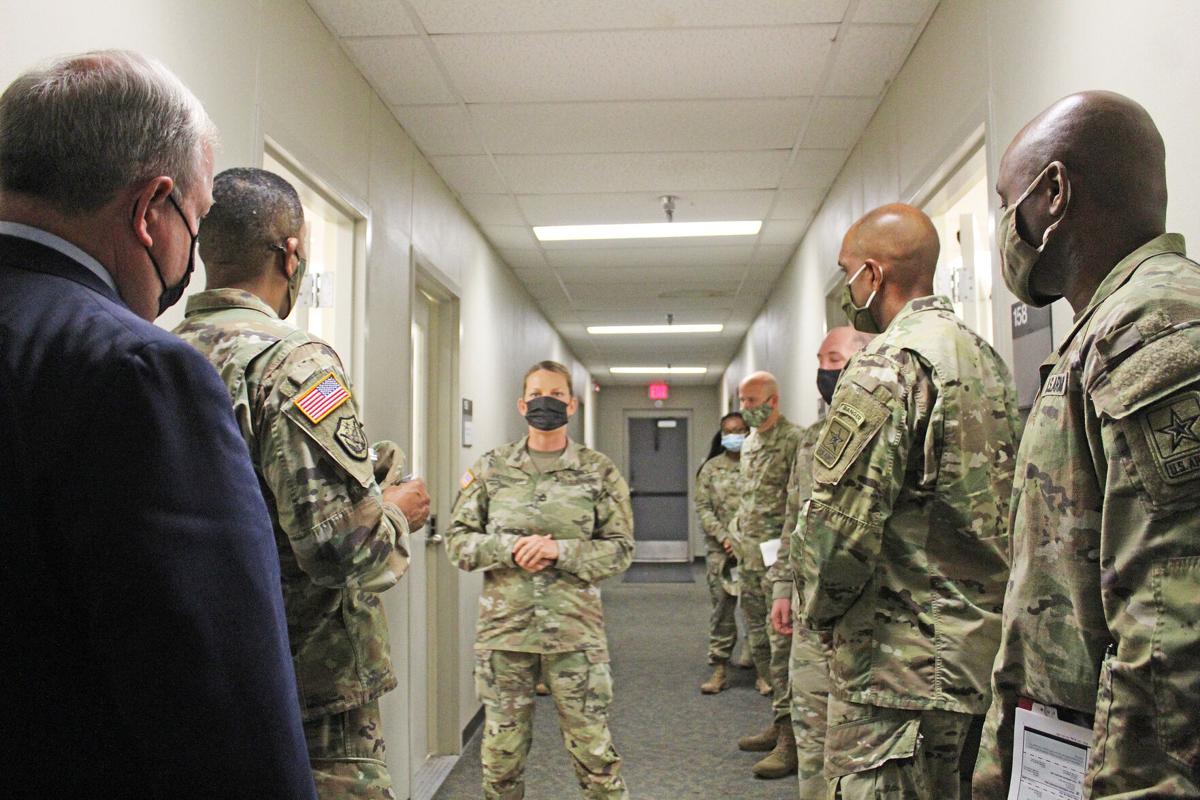 Lt. Gen. Jason Evans, deputy chief of staff, Army G-9 (Installations), kicked off the visit by socializing with troops, acting as the guest speaker and presenting awards during the Lone Star Chapter of the Adjutant General’s Corps’ regiment breakfast, Oct. 6, at the Sportsman’s Center pavilion.

“I’m just a simple Soldier, just like you,” Evans told the more than 200 AG Soldiers in attendance for the breakfast. “The number one priority is taking care of people, day in and day out.”

As the Army G-9, Evans oversees quality of life initiatives and has been responsible for the Secretary of the Army’s Quality of Life Task Force, which was officially chartered in March 2020. Evans said the first thing they did was receive feedback from Soldiers and families about their most important issues.

“We used the feedback to determine what needed to be done as far as quality of life,” he said during the breakfast.

On Oct. 7, Evans and Lt. Gen. Gary Brito, deputy chief of staff, G-1 of the U.S. Army, were given a tour of Fort Hood’s new People First Center, a combined training facility for unit leaders, which focuses on Sexual Harassment/Assault Response and Prevention, suicide prevention, domestic violence prevention, and substance abuse prevention, among other important topics. The leaders going through the training take the lessons they learned back to the unit level to train their own troops.

After listening to leaders in the different training aspects of the People First Center, the generals were then given a live-action demonstration focusing on several concerns within the Army.

Spc. Ke Mitchell, 3rd Cavalry Regiment, acted out a scene in which she has been told to remain in a barracks room following a domestic assault with her boyfriend. Showing two black eyes, she feels frustrated and calls her female noncommissioned officer for assistance. The NCO (played by Sgt. Kirslyn Thomas) arrives in the barracks room and comforts Davis, but then coerces her to drink alcohol, before sexually assaulting her Soldier. The scene cuts to the next morning and a higher ranking NCO (played by Spc. Chazmin Williams, 48th Chemical Brigade) enters the room. The Soldier informs Williams’ character that she was sexually assaulted.

Soldiers going through the first week of training at the People First Center provided valuable feedback of the simulation, as well as things they noticed during the scene, before part two of the scene began.

In part two, the barracks room scene resumes, with the NCO telling Mitchell that they need to go see the commander. Feeling helpless, Mitchell says she has nothing left to live for, which alerts Williams to a bigger issue. The NCO makes the young Soldier realize that there are things in her life worth living, such as her young child. Naming several resources they can go to, Williams talks Mitchell into speaking with a chaplain about her suicidal thoughts.

The Army G-1 said he was very pleased about what he saw at the People First Center, which focused on betterment with a goal of prevention. He explained that as they execute the pilot program for the People First Center, they will determine what things are not working well. While some things may eventually need to be excluded from the program, he said some changes could just be a matter of adjusting the training around a bit.

“What was great in the training today is they understood the value of the individual Soldier, regardless of their gender or nationality,” Brito said. “That doesn’t matter – we all have the U.S. Army on. That’s the level of cohesion you need on a team.”

“Watching this training today was very inspiring,” Brito added. “I’ve been in the Army for 34 years now and have seen evolutions of change because of caring leadership and what it can really do, and this is a good example.”