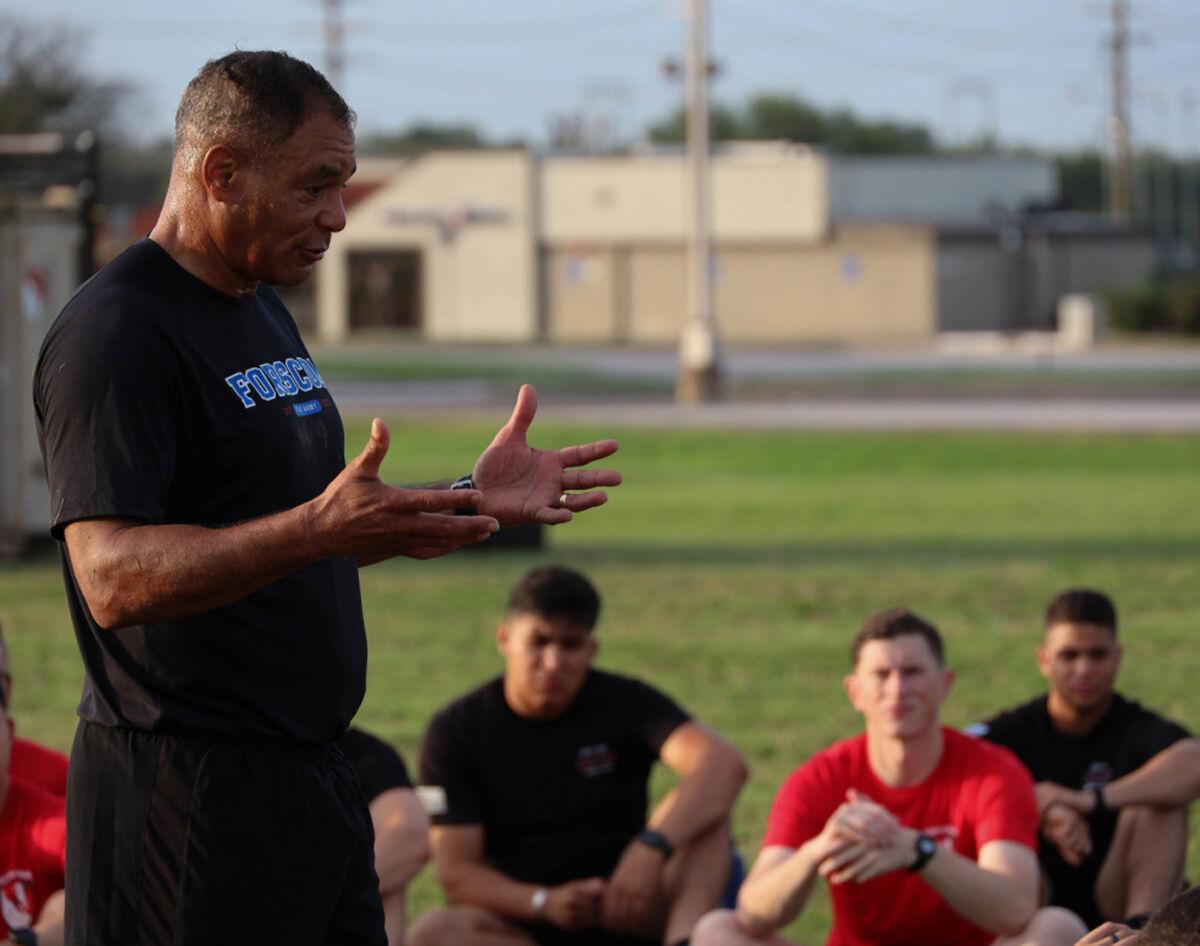 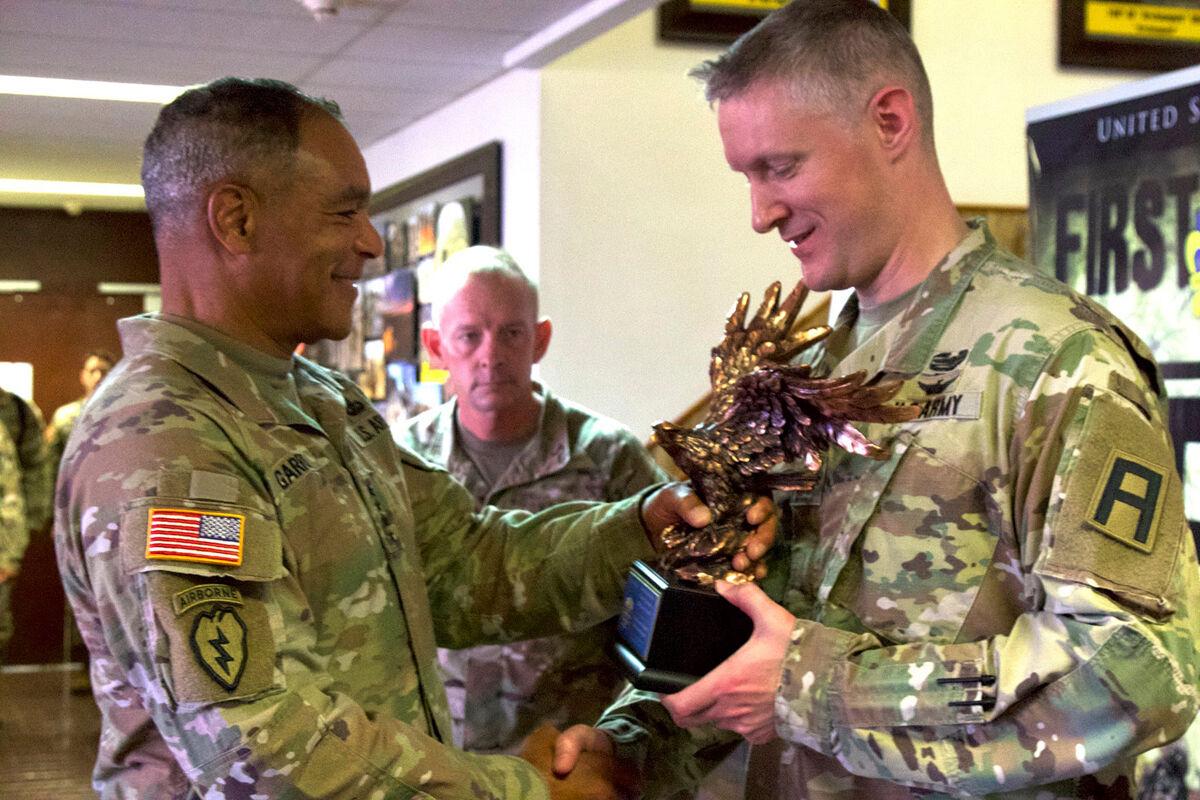 Among their many duties while at the Great Place, Garrett and Funk attended the 1st Cavalry Division’s patch and farewell ceremony for Brig. Gen. Brett Sylvia and Col. Steven Carpenter.

“The leaders who are standing on the field today represent the most lethal division in our Army’s inventory,” Garrett said during the ceremony. “I am extremely excited to see what each of you achieves next.”

While in Central Texas, Funk visited the U.S Army Waco Recruiting Company to present TRADOC coins to Staff Sgt. Steven Delafuente and Staff Sgt. Quanesha Barnett, for outstanding work as Army recruiters. Funk established the recognition as a way to reward extraordinary contributions of individuals who take pride in being a recruiter, someone who brings Soldiers into the ranks of active duty, National Guard, and Reserve components.

Following a closed-door listening session with female Soldiers in combat arms from several Fort Hood brigades and battalions, Funk was briefed by Brig. Gen. David Gardner, commander of U.S. Army Operational Test Command, about how the relationship between OTC and TRADOC can help conduct independent operational testing to inform acquisition and fielding decisions for Army and select multi-service warfighting systems.

During his visit, Garrett also met with leaders from the Sexual Harassment/Assault and Response Program Academy for an update on changes and progress to SHARP at Fort Hood.

The 166th Aviation Bde. is the primary unit charged with training Army National Guard and Army Reserve aviation personnel, training 48% of all Army aviation assets. In 2020, 3rd Bn. trained more than 1,400 aviation Soldiers, while also flying more than 3,000 flight hours, on more than 80 aircraft, without incident.

“With more than 750,000 active Army, U.S. Army Reserve and Army National Guard Soldiers under his command,” Lindsay said, “the fact that Gen. Garrett would focus his attention on the accomplishments of our close-knit battalion was deeply rewarding.”