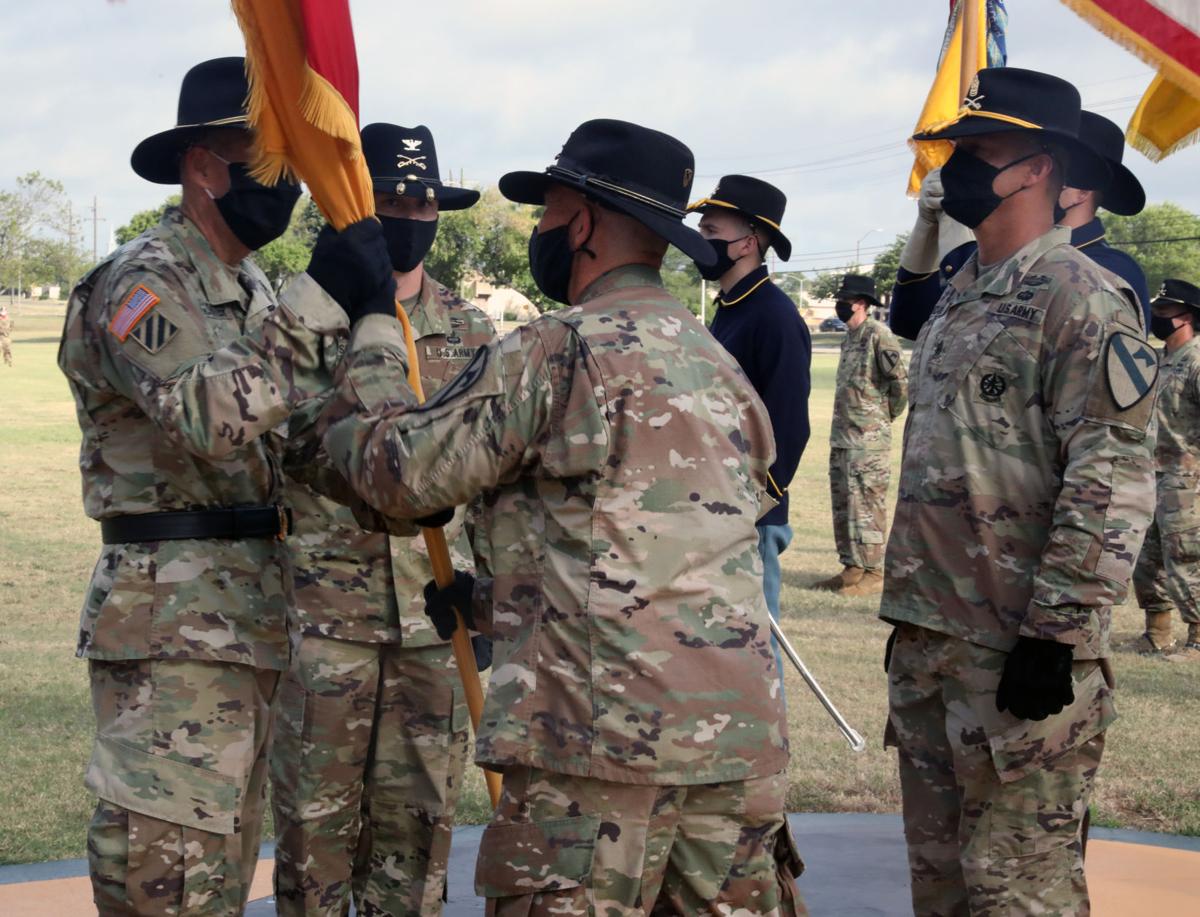 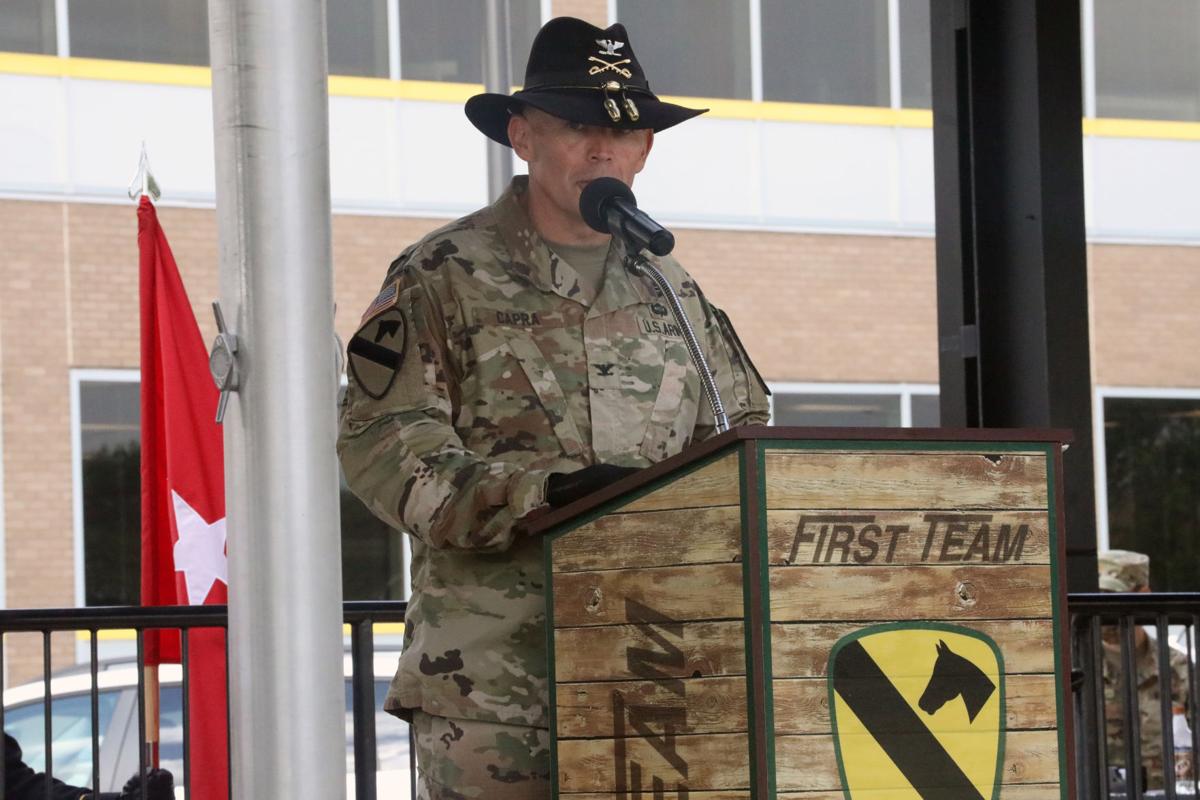 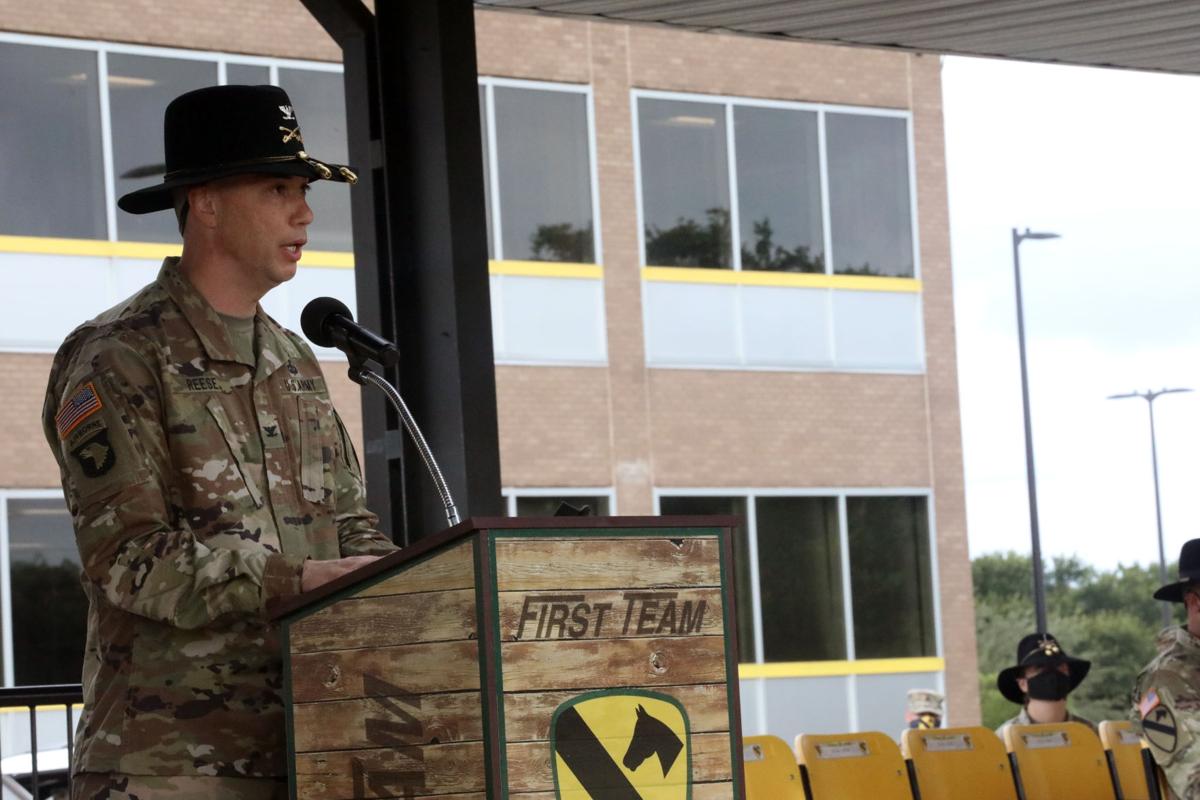 The 3rd Brigade Combat Team “Greywolf,” 1st Cavalry Division, bid farewell to their commander and welcomed a new one during a change of command ceremony on Cooper Field June 19.

“The Greywolf Brigade, now known in social circles as the most lethal brigade on planet earth. They performed magnificently over the past two years under the leadership of Col. Kevin Capra,” Broadwater said. “They live and breathe their mantra ‘We Are Greywolf’ and bring the enthusiasm and personal and professional ownership at every echelon in everything they do.”

Capra, a New Jersey native commanded the Greywolf Brigade for the past 24 months. He was responsible for the brigade’s successful rotation to the National Training Center in January 2019 and then the Republic of Korea in June of that same year. The brigade arrived to Korea at a 99% readiness rate for their combat vehicles.

“It has been an absolute honor and privilege to be a part of the team and serve alongside so many great warriors,” Capra said in his remarks. “Two years ago, we had a vision that we wanted to be a lethal, ready, resilient brigade combat team, prepared to deploy on short notice anywhere in the world; to fight and win in large-scale ground combat operations; and to empower and develop world-class leaders at every echelon. As I look out on that field today, I’m confident we did a pretty good job.”

Capra’s next job doesn’t take him far as he assumes the role of the 1st Cav. Div. chief of staff.

Broadwater went on to welcome the incoming commander. “One of the great things about our Army is that when an exceptional leader departs, we always have the opportunity to welcome another.”

Reese comes to Greywolf from Washington, D.C., where he served as deputy chief legislative liaison for the Army. Prior to this, he was the military assistant to the Commander Resolute Support and United States Forces-Afghanistan. He previously commanded 1st Battalion, 508th Parachute Infantry Regiment in the 3rd BCT, 82nd Airborne Division, and two companies with 6th Squadron, 8th Cavalry in the 4th BCT, 3rd Inf. Div.

Reese thanked Capra for his efforts over the past two years and the smooth transition. “Troopers of Greywolf ... I am proud to be with you and thank you for your continued service.”