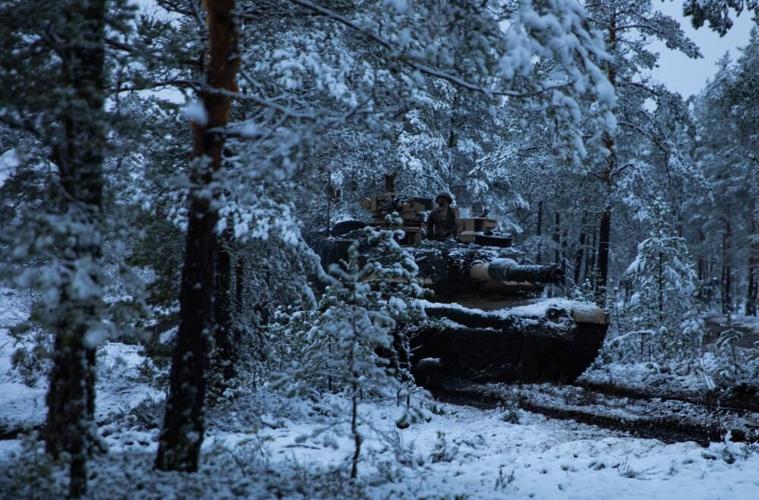 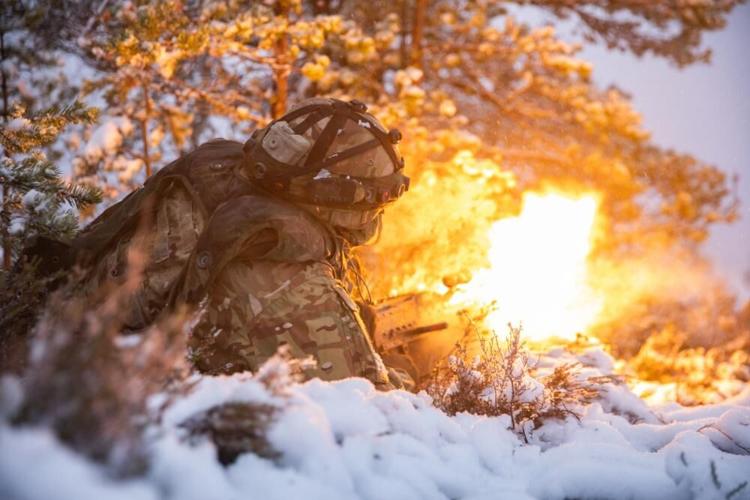 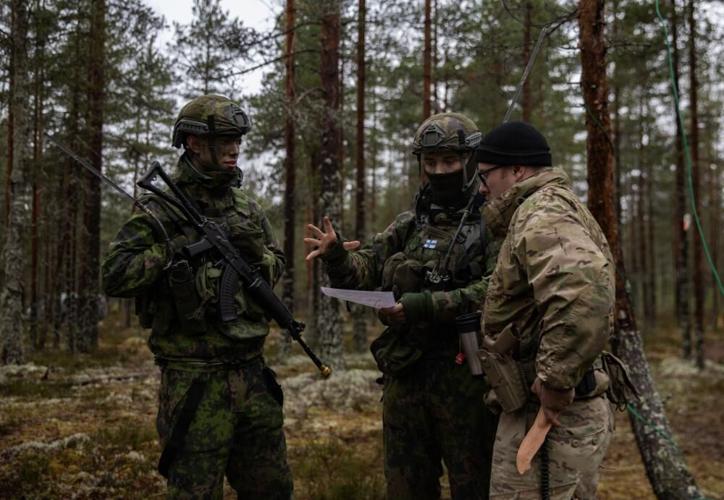 This exercise was held as part of an ongoing effort by United States and Finnish military counterparts to train alongside one another and improve operational tactics, techniques and procedures (TTPs) between the two forces. Over the course of two weeks, combined forces performed numerous training scenarios that focused on international support procedures geared towards developing more cohesive joint fire operations.

“This has been a huge learning opportunity for Fins,” said Col. Rainer Kuosmanen, commander of the Finnish Armored Brigade. “I suppose it has been for the [United States Army] as well.”

During a ceremony held at the end of the first week, Kuosmanen, alongside other officers of Finland’s Armored Brigade, presented traditional Finnish knives to select U.S. Soldiers who excelled throughout the first week of the exercise.

“I am truly happy that the U.S. Army is a part of this exercise,” Kuosmanen said. “This is the main exercise to make sure our mechanized troops and our operational reserves are ready. Hopefully, during this week and next week you will see that Finland is ready to defend itself.”

“I am truly honored,” said Finnish Capt. Mikael Hanninen, leader of the Host Nation Support team, after he was awarded a Stetson. “We can and we will.”

U.S. and Finnish forces worked together through numerous field problems and conducted battle drills using the Multiple Integrated Laser Engagement System to create realistic situations that allow for each unit to learn from one another in real-time simulated combat scenarios.

In addition to multiple laps run through a simulated combat arena, forward observers with the 3rd ABCT, 1st Cav. Div., set up an observation point. While they gathered grid coordinates, Finnish tanker and mortar crews fired live ordnance at targets down range. Soldiers used this opportunity to train their Finnish counterparts to communicate more efficiently and effectively using common nomenclature used by the United States.

“The Finnish army is very professional,” Browne said. “There are a few things that they do differently, but we all understand the same language when it comes to fire support.”

Throughout the exercise, inclement weather enveloped Soldiers in new environments. Between bouts of rain and snow, the flat dense wooded terrain introduced many Soldiers of the 3rd ABCT, 1st Cav. Div., to different methods of combat. While cavalry scouts engaged simulated enemy units in a constantly changing environment, Abrams and Bradley crew members worked to navigate the muddy trails that snaked through the pine trees and surrounding ferns that were heavily mixed with large mossy granite rocks.

“U.S. Soldiers are getting an awesome opportunity to train in an environment they’ve never trained in before,” Browne said. “Specifically for our troop, I think this is the first time these Soldiers have operated in a wood and muddy environment, we’re used to a sandy type of environment, so this is a brand-new concept for them. Overall, it presents a challenge for them to test their skills.”

U.S. and Finnish Soldiers left the exercise feeling more confident in their ability to operate more effectively alongside one another.

Thomas said, “I know we have a team here we can fight alongside with.”