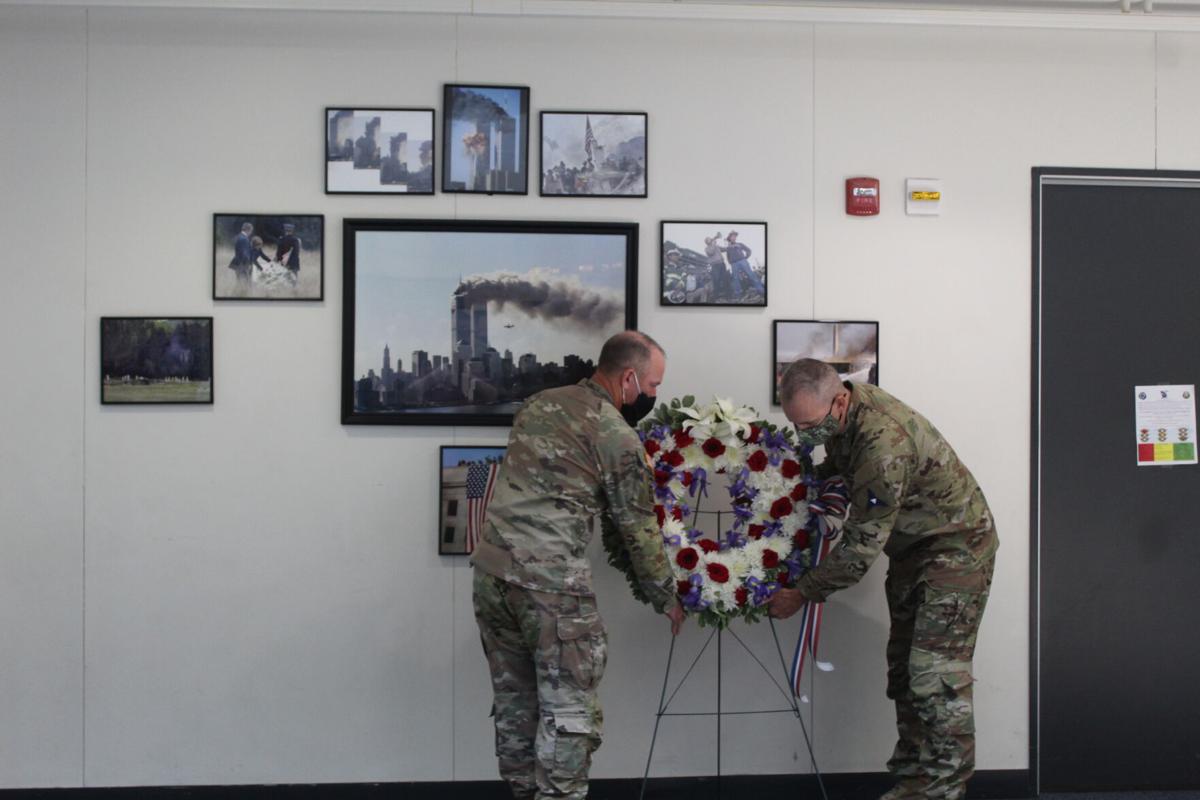 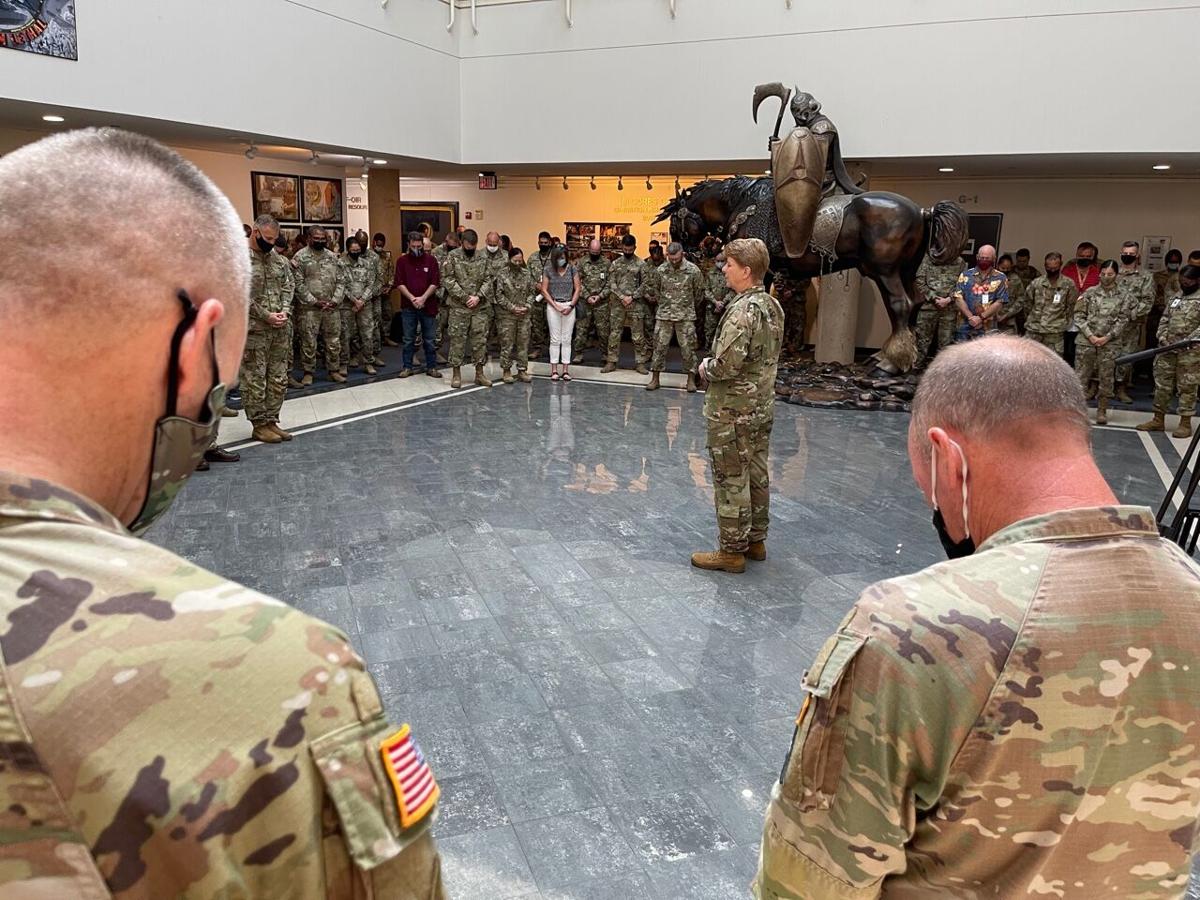 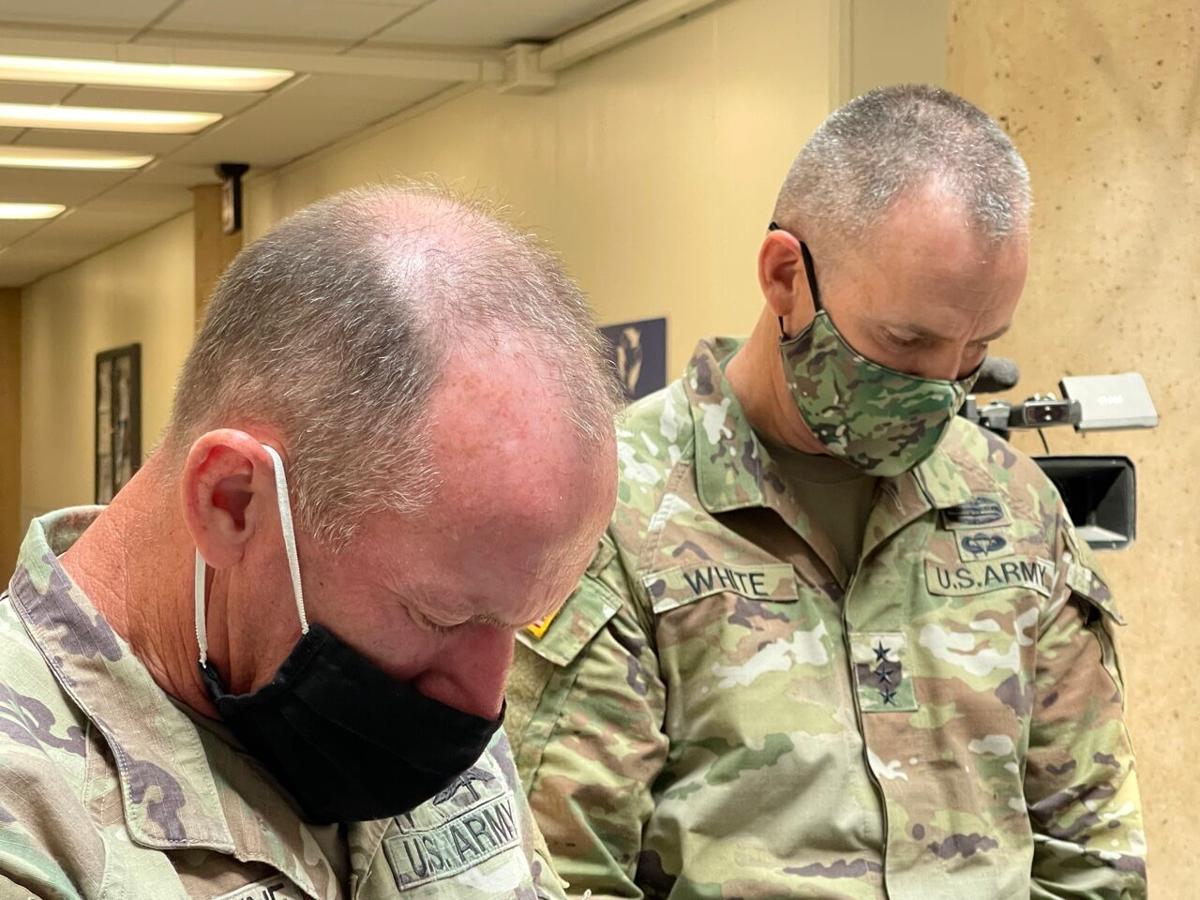 The III Corps and  Fort  Hood command team bows in prayer during a wreath laying ceremony in honor of the 20th anniversary of Sept. 11, 2001, in the III Corps Headquarters Friday. 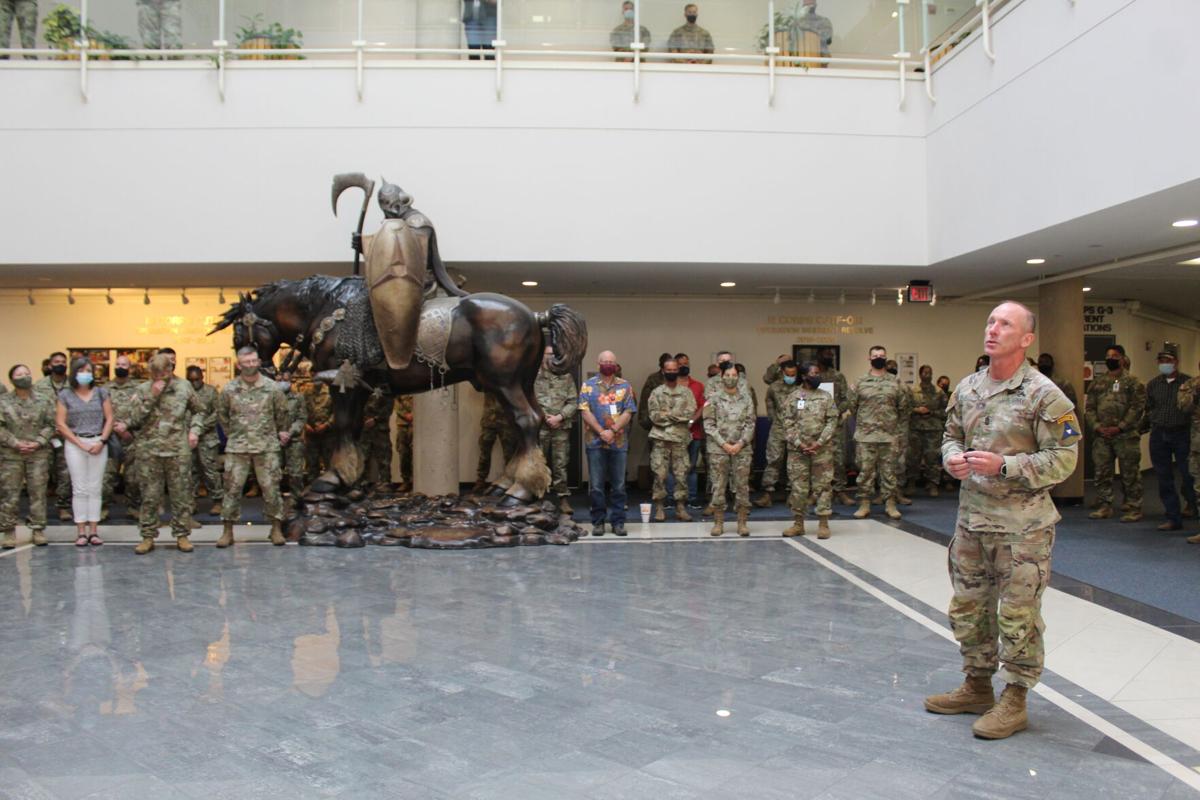 The III Corps and  Fort  Hood command team bows in prayer during a wreath laying ceremony in honor of the 20th anniversary of Sept. 11, 2001, in the III Corps Headquarters Friday.

Commemorating the 20th anniversary of the deadliest terror attack on American soil, III Corps and Fort Hood took time to honor the lives of the men and women who were lost on Sept. 11, 2001, and those lost in the war on terror since that day.

Command Sgt. Maj. Cliff Burgoyne, III Corps and Fort Hood command sergeant major, said it is the responsibility of every American to remember what they were doing on that day.

“It’s our responsibility to tell our story every single day for the rest of our lives, so that our grandkids and their children, and their grandkids will never forget what happened to us on 9/11,” Burgoyne said. “And then our response and what we did as we came together as a country.”

Echoing Burgoyne’s remarks, Lt. Gen. Pat White, III Corps and Fort Hood commanding general, further encouraged people to find those families who have been impacted by 9/11 and make sure they are OK on the 20th anniversary.

The command team then placed a red, white and blue wreath in front of the wall honoring 9/11, located inside the East Atrium of III Corps Headquarters.

Sharing his story, just as he encouraged others to share theirs, Burgoyne said he was an instructor at Ranger School at Camp Merrill, Georgia, 20 years ago. After completing a five-mile run, the group was told that something happened in New York City.

“We started watching the news and that’s when the second plane hit the building. That’s when we knew, then and there, that our lives have just changed,” Burgoyne shared. “I think I grew up that day, as an American.”

The sergeant major said the terror attack impacted him, his family and every Soldier he has served with since that day.

“I can’t think of another thing, besides Pearl Harbor, that’s changed the culture and thinking of our country, more than 9/11. It really impacted how we go about our daily lives and the way we look at the world,” he added. “I do think it’s our responsibility to tell the story and listen to other’s stories.”

“I think it’s in our culture, it’s in our DNA as Americans. If you look at tragedies, anytime you have a tragedy in a region, country or state, people come together and 9/11 really brought this country together,” Burgoyne added. ““It’s my responsibility as an American to tell the story, remember the history and never forget it.”