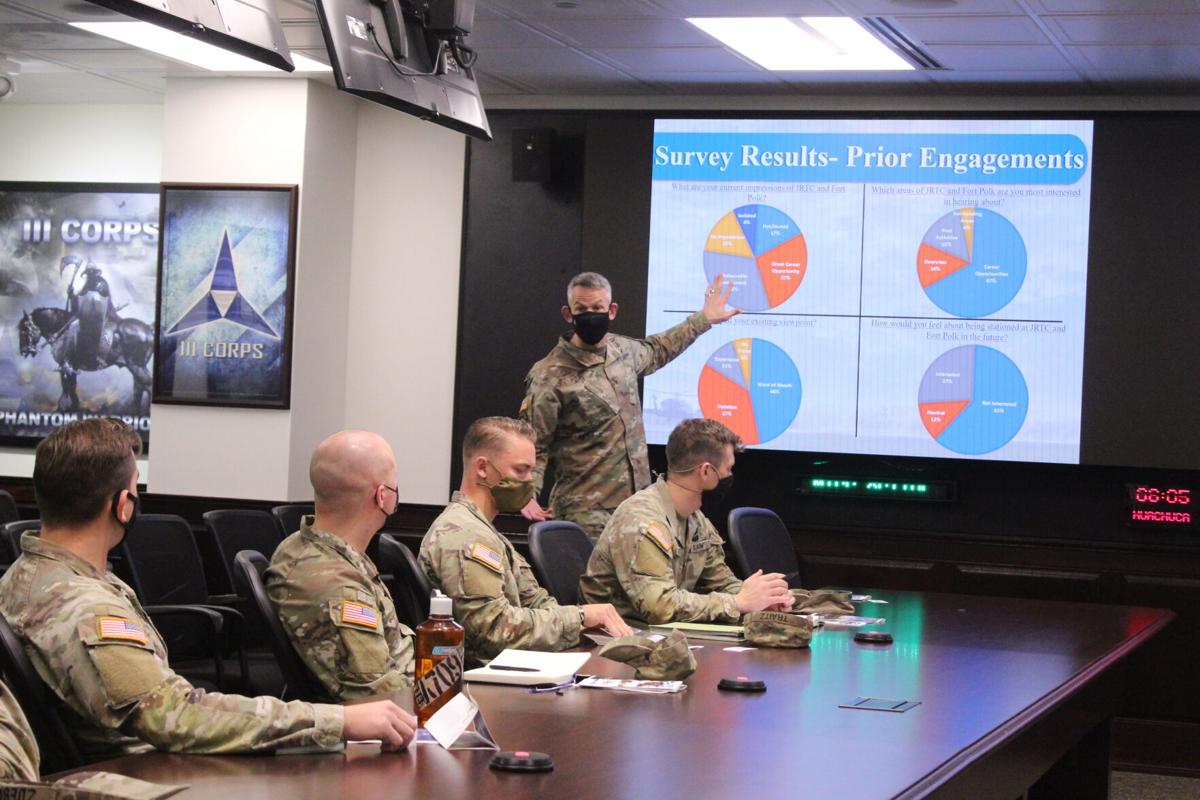 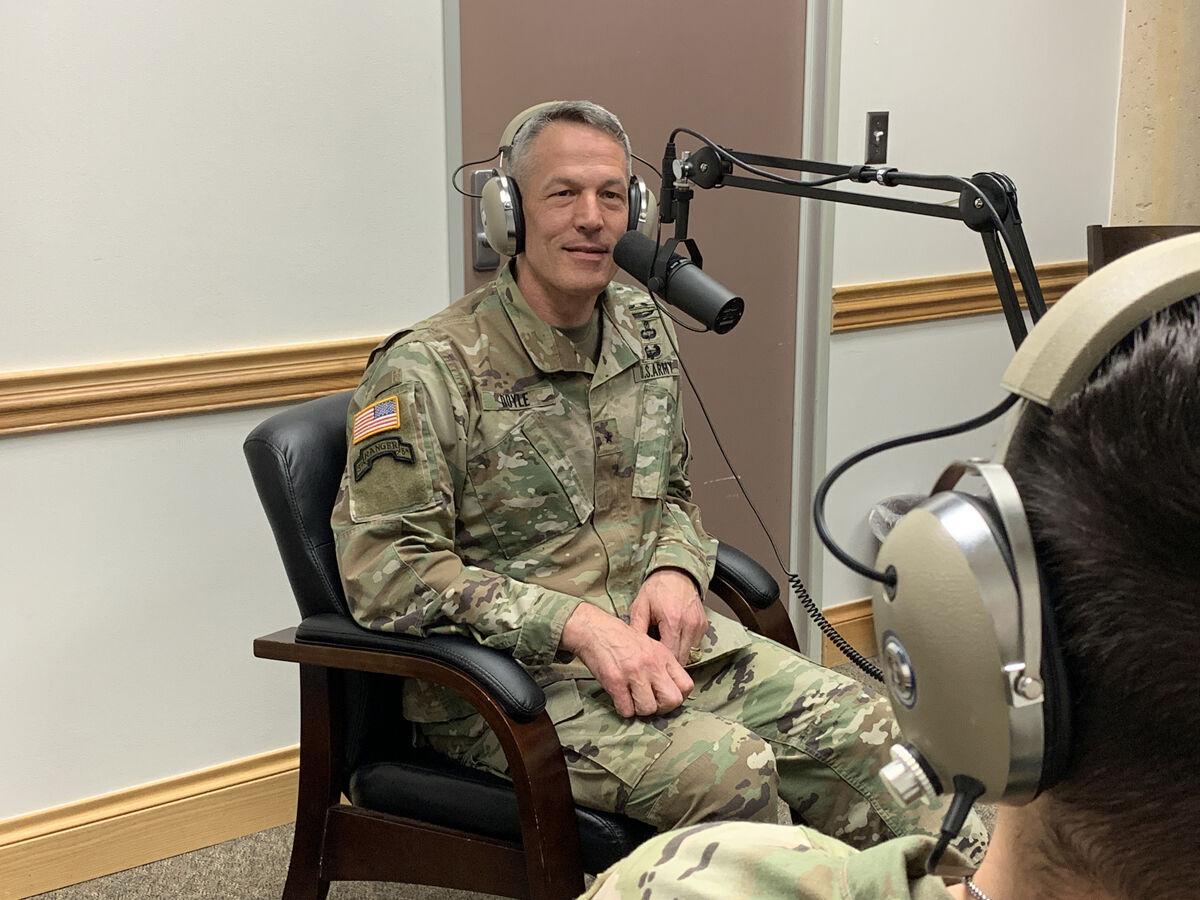 The command team of the Joint Readiness Training Center and Fort Polk, Louisiana made Fort Hood its first stop of 2022 for their Winning the Fight for Talent campaign Friday.

The pair made 12 stops to Army installations last year, and their in-service recruiting efforts continued Friday in the III Corps footprint.

“I had the opportunity to speak with the corps commander (Lt.) Gen. (Pat) White … and he was pretty emphatic that he wanted his personnel to learn about the combat training centers, and not just the National Training Center (in Fort Irwin, California), but the Joint Readiness Training Center. He was very kind to invite us to come on this trip,” Doyle said during a taping session for this week’s episode of Fort Hood’s Great Big Podcast in III Corps Headquarters. “We’re excited to kick off 2022 at the Great Place.”

Doyle’s message was simple: the mission of the combat training centers is an important one.

“Gen. (James) McConville, the Chief of Staff of the Army, tells his audiences that we have an Army to fight and win our nation’s wars. That’s why we exist, and in order to do that we have to be prepared for any type of operation in any type of environment.” Doyle explained. “At the Joint Readiness Training Center, we predominantly train infantry brigade combat teams in large-scale combat operations so that, if they are called upon to go forward and deploy, they can use combined arms tools to do just what Gen. McConville said, to fight and win.”

During his first session of the day with junior officers at III Corps Headquarters, Doyle discussed career enhancing opportunities, but more importantly, addressed the perception of Fort Polk, which, in reality, is vastly different from what most Soldiers experience in a four-week training rotation.

As one of four Quality of Life Installations in the Army — Fort Wainwright, Alaska, Fort Hood and Fort Irwin are the others — Doyle said considerable time, effort and funding are dedicated to making an assignment to JRTC and Fort Polk rewarding for the Army families there, as well as the Soldier. Quality of life initiatives include an emphasis on spouse employment, access to medical care, morale, welfare and recreation opportunities, and education.

“It was intriguing to me before I came here. I knew I wanted to do it,” Maj. Jonathan Austin, an operations officer with 1st Squadron, 3rd Cavalry Regiment said at the conclusion of the day’s first session. “The big piece for me, really, … was the educational benefits for my kids going to Fort Polk.”

“And we’re number three for placement from high school into college,” Doyle added.

Soldiers interested in more information about career enhancing opportunities with JRTC and Fort Polk can go to the installation website at https://home.army.mil/polk/, and click on “Future Leaders Needed.”