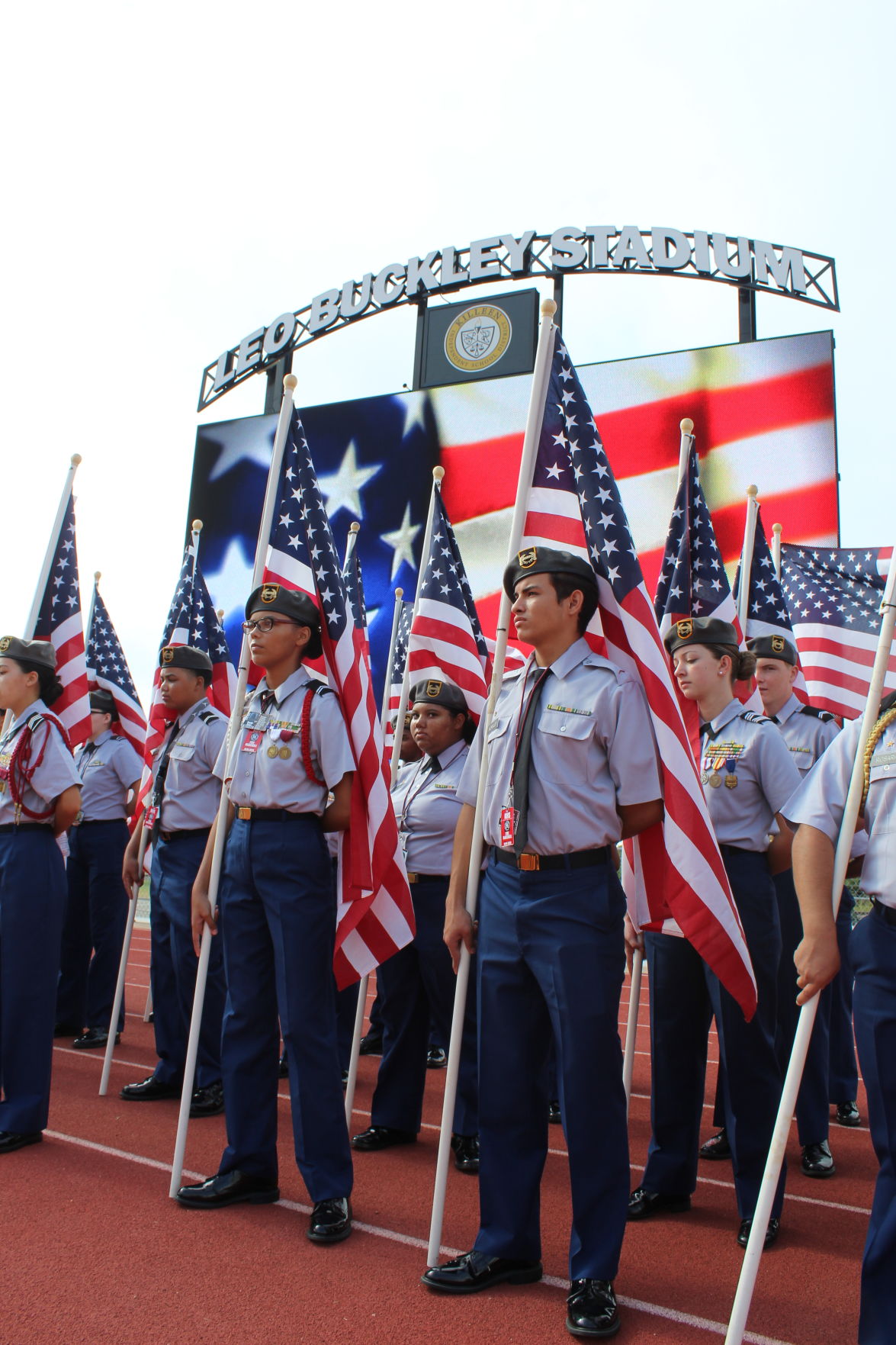 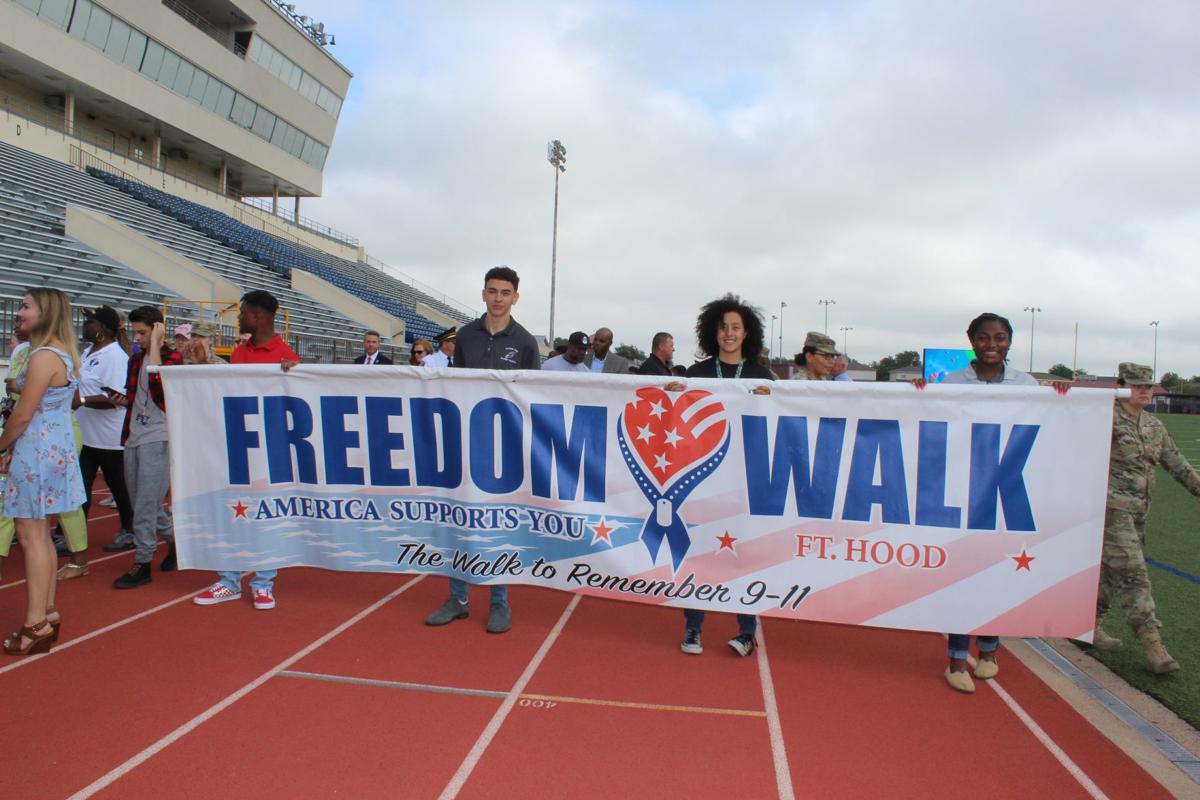 Students from Killeen High School walk around Leo Buckley stadium Wednesday, leading hundreds of people who attended the annual Freedom Walk hosted by KISD. The walk is in remembrance for those lost during 9/11.

Students from Killeen High School walk around Leo Buckley stadium Wednesday, leading hundreds of people who attended the annual Freedom Walk hosted by KISD. The walk is in remembrance for those lost during 9/11.

Hundreds of Fort Hood Soldiers, first responders, KISD employees, students and members of the community paid tribute to the injured and fallen of Sept. 11, 2001, which resulted in more than 6,000 injuries and 2,977 innocent deaths in a matter of hours – an infamous event that will never be forgotten

“Make no mistake, freedom was at stake that morning in September, 18 years ago,” guest speaker Rep. Brad Buckley, TX-District 54, told the audience.

This year’s program featured a video presentation of Killeen ISD, Fort Hood leaders and community first responders sharing what they were doing when they heard about the initial attack on the World Trade Center and how the tragedy affected the Soldiers of Fort Hood, the students within KISD and the communities surrounding the installation. In the video, principals of Fort Hood schools shared the emotions they felt trying to ease the fears of the students in their care, knowing many of the students would have to say goodbye to one or both parents, who were heading off to war.

Buckley said many people believe the students in schools today aren’t emotionally attached to 9/11 because they were either too young to remember or weren’t born yet, but he knows otherwise.

“I say that’s absolutely incorrect,” Buckley said, addressing the students. “You may not have experienced it personally, but you’ve certainly experienced its aftermath and it has certainly impacted your lives.”

Proud of how the greater Fort Hood community responded to the events of 9/11, Buckley said when the community realized things would be changing quickly, they did not falter. Instead, they showed their resilience and showed their compassion – compassion for the families of those who have lost their lives during and since 9/11 in the name of freedom.

“I am thankful to Killeen ISD, the first responders, Fort Hood and all the local communities coming together every year to make certain that we remember what occurred – that we celebrate those that protect us every day and that we thank them,” Buckley said.

Leading the walk of remembrance for those who lost their lives were Killeen’s first responders and the Killeen High School Junior Reserve Officers’ Training Corps cadets, who carried large American flags, while Soldiers, students and the members of the community followed in their footsteps.

Before concluding, Buckley encouraged those in attendance to help the next generation understand the impact 9/11 had on America.

“So that next generation is ready to carry the torch of freedom forward.”