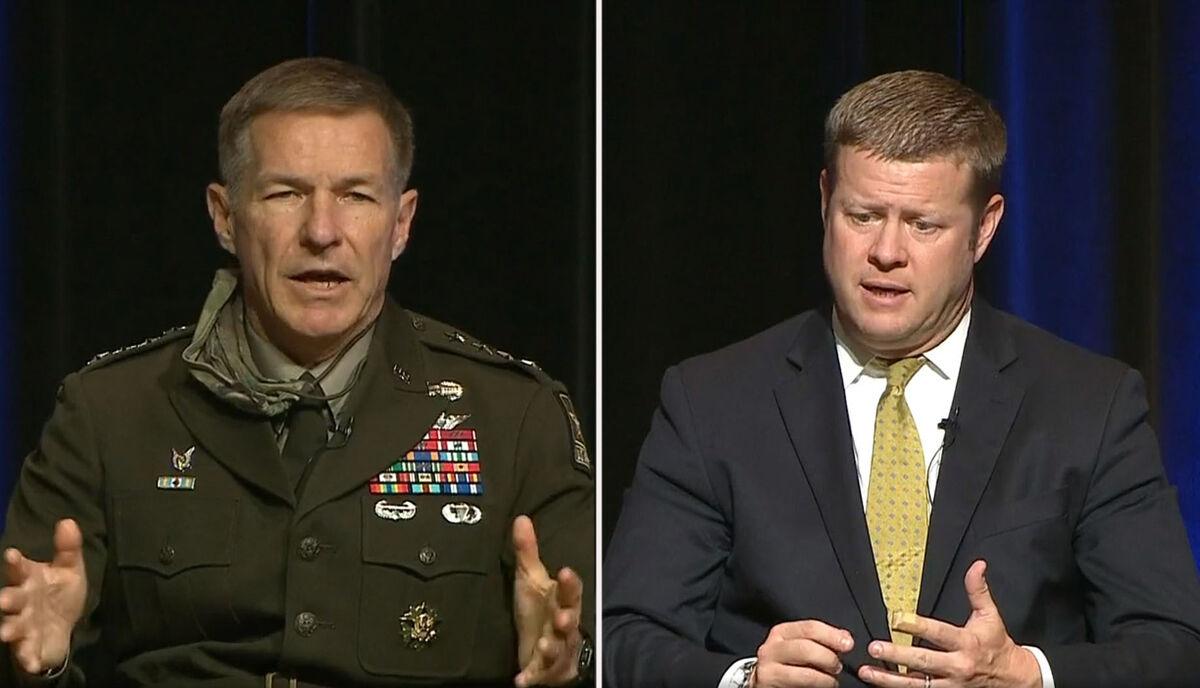 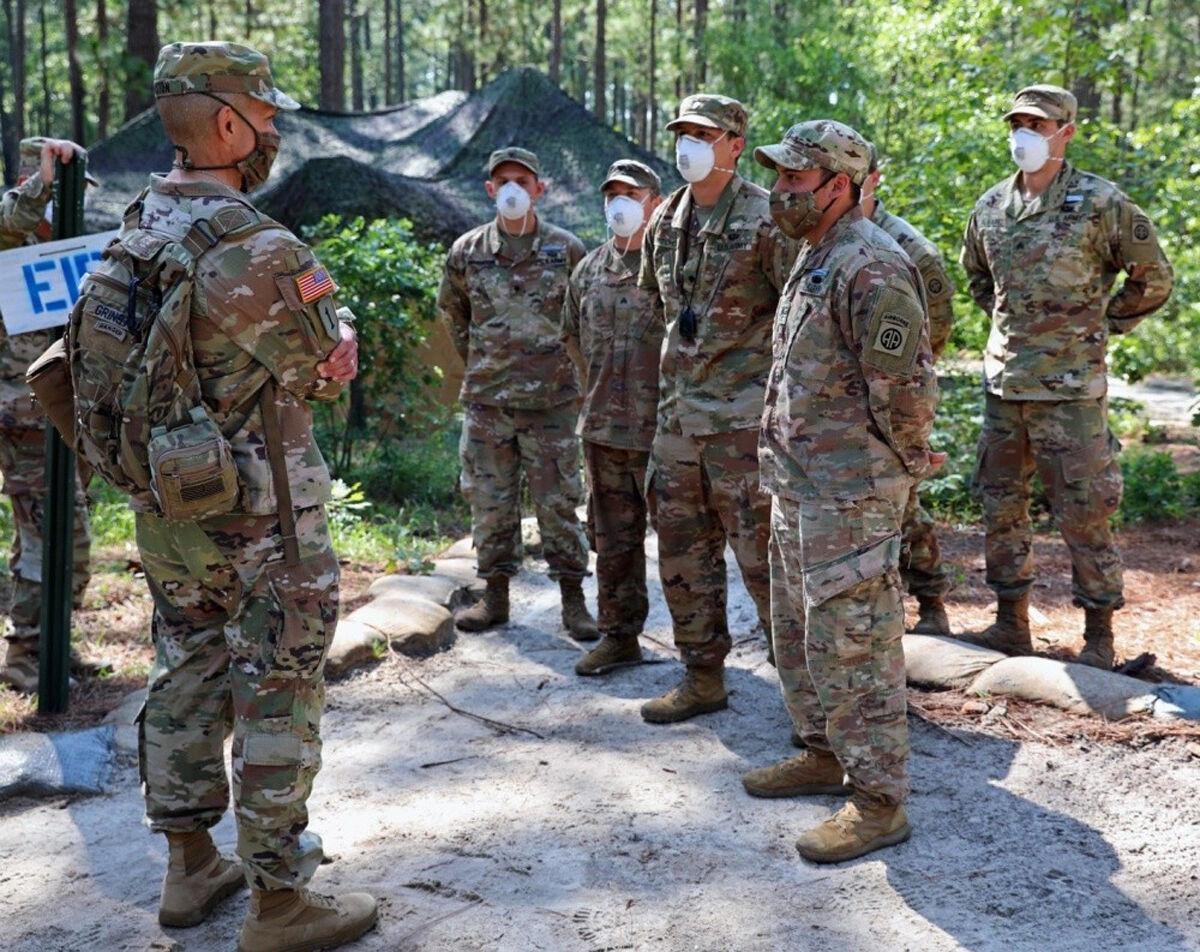 Sgt. Maj. of the Army Michael A. Grinston visits with 82nd Airborne Division Soldiers as they go through Expert Infantry and Soldier Badge training on Fort Bragg, North Carolina, June 22. 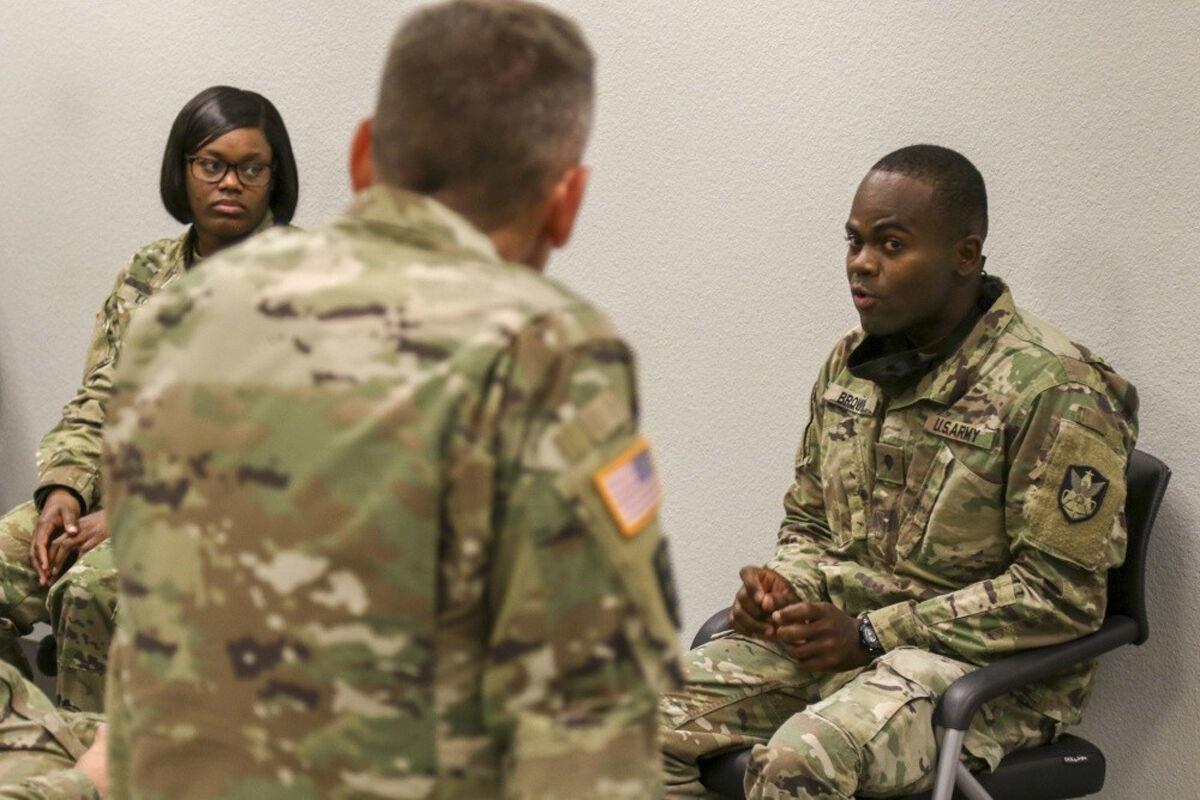 Sgt. Maj. of the Army Michael A. Grinston visits with 82nd Airborne Division Soldiers as they go through Expert Infantry and Soldier Badge training on Fort Bragg, North Carolina, June 22.

WASHINGTON — The Army plans to take extra measures to combat sexual harassment and assault within its ranks, including changes to its promotion boards and competitions, senior leaders said July 22.

“First and foremost our focus is on prevention,” Secretary of the Army Ryan D. McCarthy said during a virtual town hall.

Situational questions on sexual harassment and assault will be added to promotion boards and Best Warrior competitions that quiz Soldiers on what actions to take during incidents, explained Sgt. Maj. of the Army Michael A. Grinston.

Starting next fiscal year, a special module on building trust will also be implemented into the Army’s “This is My Squad” initiative, an effort that focuses on unit cohesion, Grinston added.

Additionally, the service will prioritize improving race relations within the force. The Army looks to increase its dialogue and discussions with Soldiers of different ethnic backgrounds.

“These are things that we have to address and take very decisive and quick action on and improve,” McCarthy said. “We can only do that by listening and learning from all of you.”

The service has had ongoing efforts to eradicate sexual harassment/assault when the recent death of a Soldier pushed the topic to the forefront again.

According to Guillen’s family lawyer, the 20-year-old told fellow Soldiers and friends that she had been sexually harassed but did not report it.

“They were very angry. They’re heartbroken,” McConville said. “They’re in a lot of pain because they sent us their daughter and, quite frankly, we didn’t take care of her.

“We have to find out what happened and we have to make sure that something like that never happens to one of our Soldiers. This is not who we are. This is not what we are about.”

McConville said the Army must have a culture shift where Soldiers take a more active role in the prevention of sexual harassment and assault, as well as quickly report incidents to their chain of command.

“What I need every leader to do is to teach our Soldiers – to teach our leaders – that they must intervene,” McConville said.

After speaking with Soldiers stationed at Fort Hood during a virtual meeting, Grinston said Army leadership is considering additional security measures, such as adding security cameras in parking lots.

And following a conversation with League of United Latin American Citizens representatives, McCarthy ordered an independent assessment of Fort Hood’s command July 10, according to news reports.

“We have to listen in order to create enduring change,” McCarthy wrote the same day on Twitter.

Last summer, Army leaders also took part in a joint national discussion on sexual harassment and assault at the U.S. Naval Academy. There, leaders from each military branch and the service academies discussed prevention, intervention and identifying key behaviors.

Following the death of George Floyd in late May, nationwide protests for social justice and reform occurred. With ethnic minorities comprising

39% of the Army, McConville said Soldiers must also intervene during incidents of racial injustice.

“Diversity is the strength of our Army,” McConville said.

Grinston recalled a recent conversation with a master sergeant where the sergeant major mentioned that he and other Army leaders don’t “see” race and instead only see Army “green.”

The master sergeant added, when he takes off his uniform that he might be treated differently as an African-American.

McCarthy encouraged Soldiers to learn about the backgrounds of their peers, especially those of a different ethnicity to them. Something simply as asking fellow Soldiers about how they grew up can be a positive step toward understanding, he said.

“Everybody in the formation has to find the right venue and they have to be willing to listen and learn from each other,” McCarthy said.

Sorry, there are no recent results for popular articles.