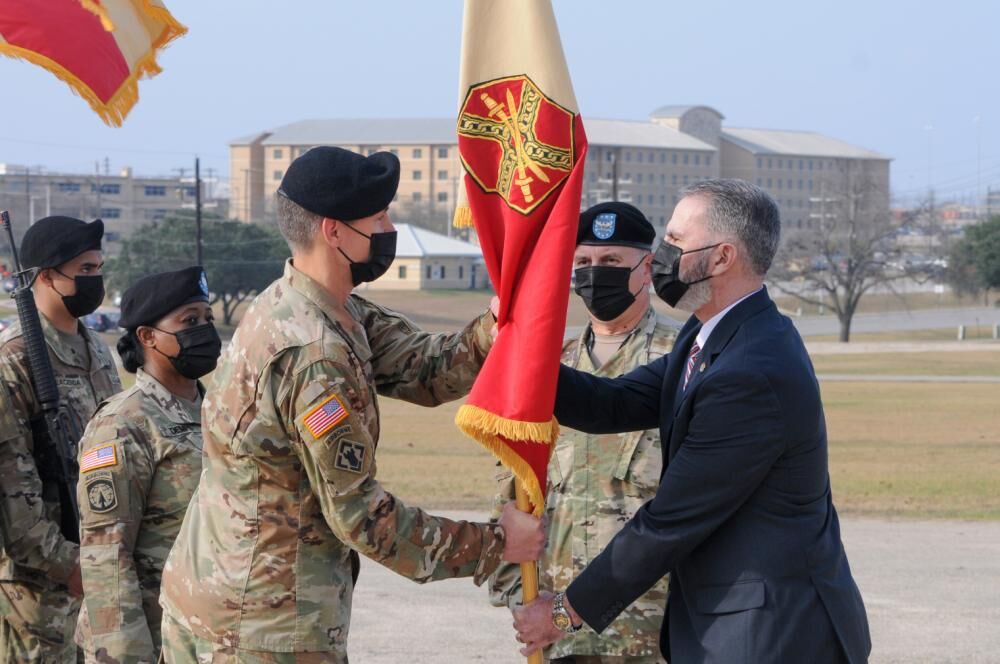 Soldiers stand at attention during the Hood Mob. Bde. transfer of authority ceremony, Dec. 28, at Sadowski Field. The 209th RSG handed over responsibility of the brigade to the 642nd RSG, from Decatur, Georgia. 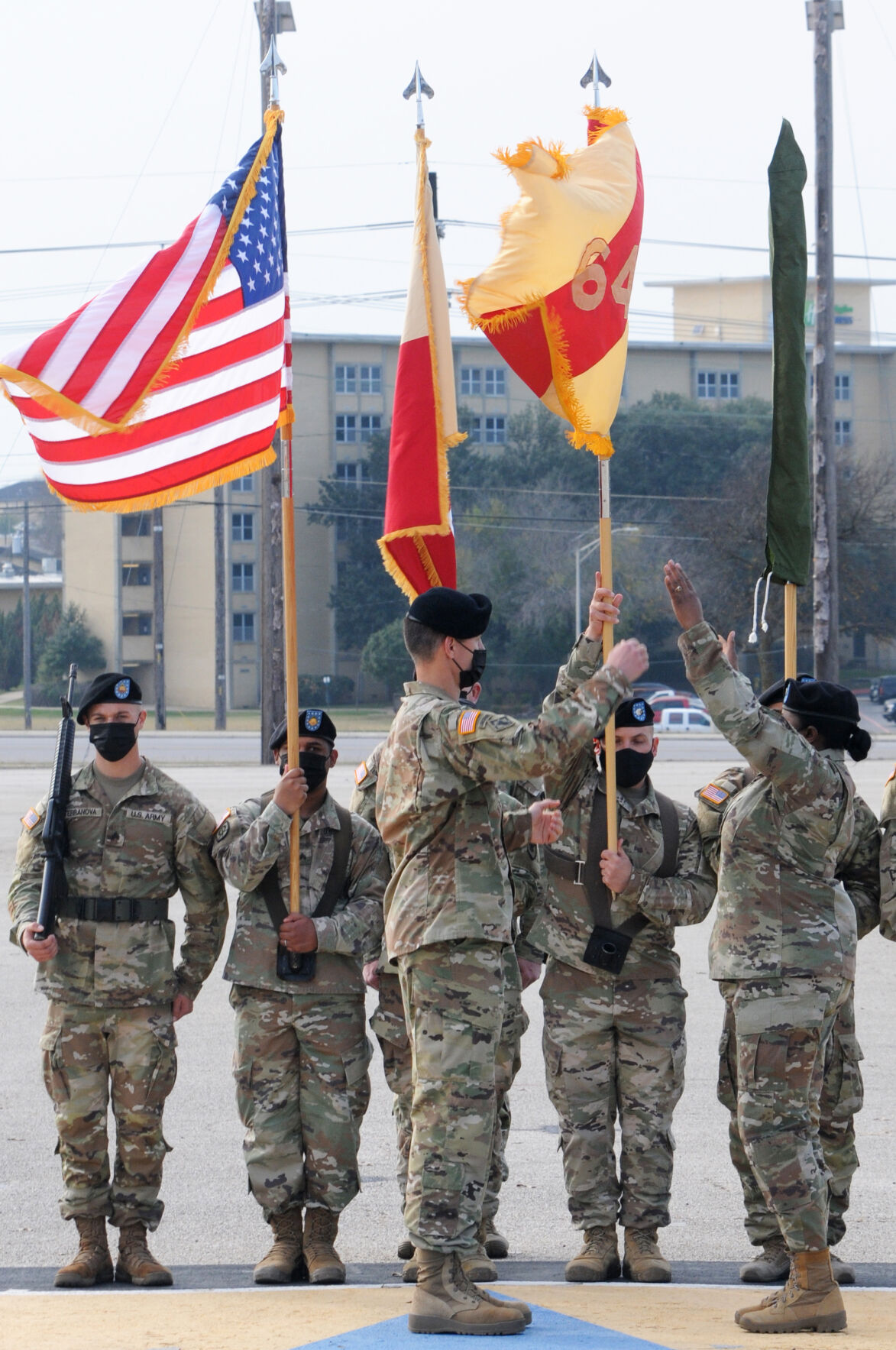 Soldiers stand at attention during the Hood Mob. Bde. transfer of authority ceremony, Dec. 28, at Sadowski Field. The 209th RSG handed over responsibility of the brigade to the 642nd RSG, from Decatur, Georgia.

The unit colors of the Hood Mobilization Brigade changed hands at a transition of authority ceremony on Sadowski Field Dec. 28.

The 209th Regional Support Group, activated from the Army Reserve from its home in Kansas City, Missouri, cased its own unit colors and then passed on the colors, and the mission, of the Hood Mobilization Brigade to the 642nd RSG from Decatur, Georgia.

As the brigade’s colors passed from the hands of Command Sgt. Maj. Mike Leising to 209th’s commander, Col. Marc Statham and then on to Keith Gogas, deputy to the commander, U.S. Army Garrison - Fort Hood, it marked the last official act of the unit’s year-long activation.

Gogas lauded the professionalism and commitment of the 209th’s command team, leaders and troops.

“Our current operating environment is filled with persistent short-notice mobilizations in support of combatant commands all across the globe, the Department of Defense’s COVID-19 response, and natural disaster missions that only seem to be getting more frequent,” Gogas said. “Not only did the 209th RSG assist Reserve and National Guard units with everything involved with mobilizing and demobilizing in support of (both stateside and overseas) operations, but they did all of this while building and developing cohesive teams and leaders by putting people first.

“Fort Hood has been and continues to be the nation’s go-to mobilization and force generation installation,” he continued, “because of efforts from units like the 209th, who receive a mission and run with it. You have done our Army and nation proud.”

While conducting mobilization and demobilization operations from North Fort Hood during a pandemic offered its challenges, Statham said no one could have imagined the impact that a deep freeze would have on operations, and the installation, when it hit in February.

He was proud of his unit’s resiliency and efficiency under those stressful times.

“Just a couple of weeks in (the mission), we were getting ready to start welcoming 1,200 Soldiers from an aviation brigade,” Statham said, “but as we were preparing for them to arrive, the state of Texas was hit with Winter Storm Uri and that immediately created two huge challenges for us.”

Statham said his unit was able to overcome issues of frozen pipes and water leaking in time for the aviation unit’s arrival, but he was most proud of being able to assist the Fort Hood community, itself, deal with the freezing cold.

“As Fort Hood, Central Texas and most of the Lone Star State was shut down, the Hood Mob(ilization) Brigade was tasked with standing up and manning a warming shelter as (the) garrison dealt with the damage from the storm, as many Soldiers and their families in the area were without heat and power for days,” he said. “Our team met this challenge quickly, and served numerous members of the Fort Hood community during that week.”

642nd RSG Commander Col. Robert J. Coker, who assumed command of the Hood Mobilization Brigade when he took the unit colors from Gogas and passed them on to Command Sgt. Maj. Denise Demps, thanked family members and employers of his citizen Soldiers during his remarks, and said his team is ready to tackle the mission ahead of them.

“With a foundation of care and proper accountability, we are postured to win,” Coker added, “both in our mission as the (Hood) Mob Brigade and in our personal lives. As we all start a new chapter this weekend with the start of 2022, let’s make 2022 be the best year ever.”