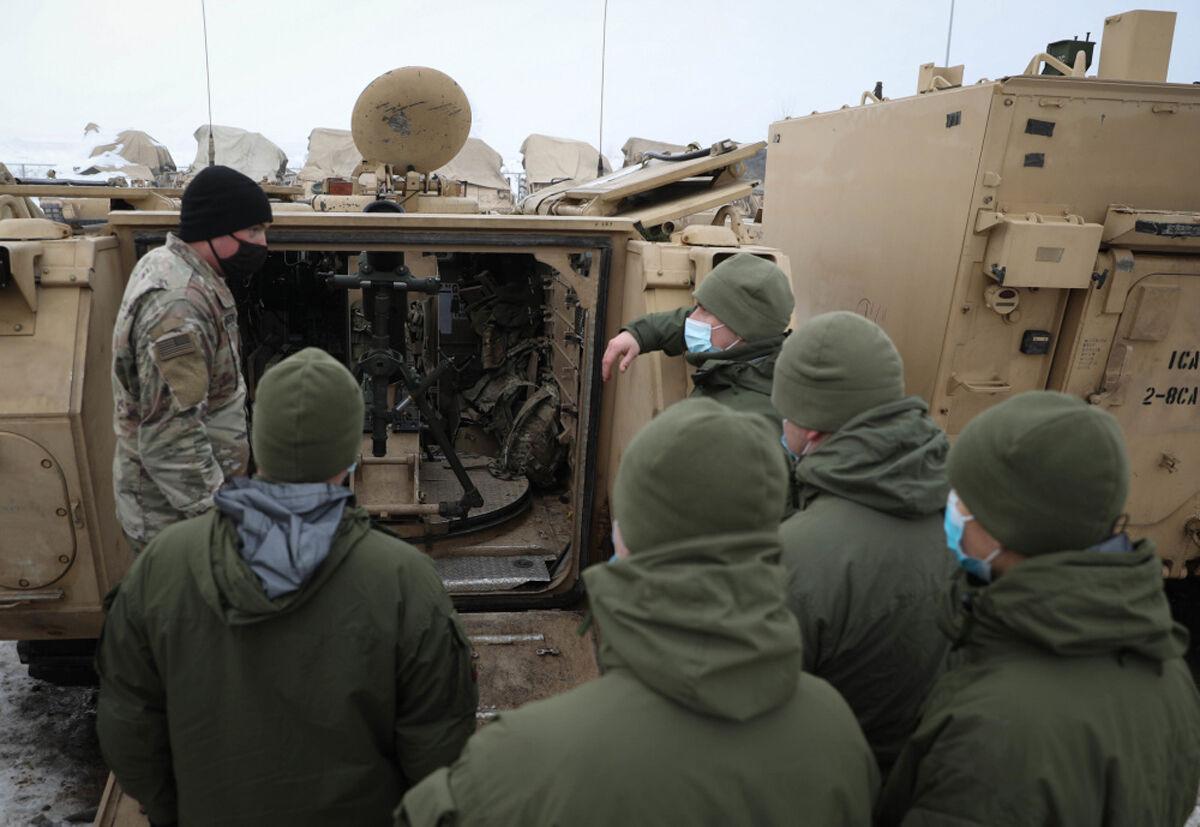 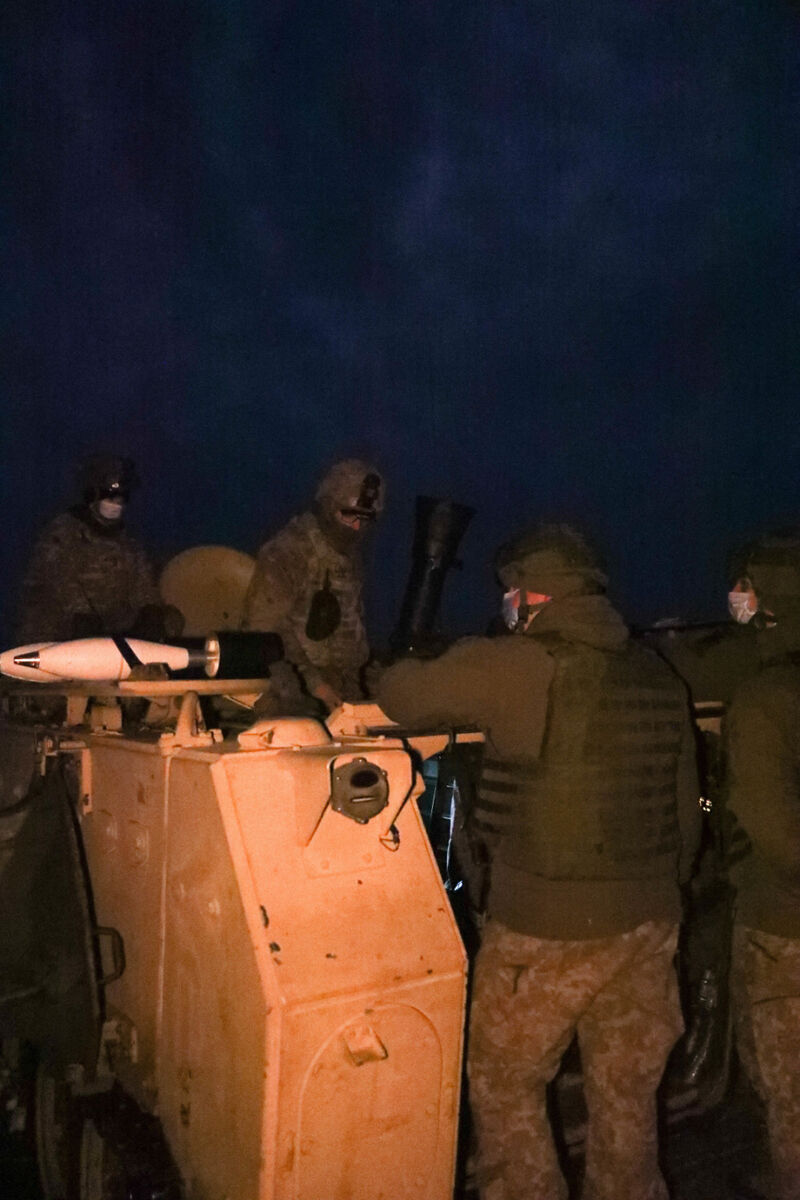 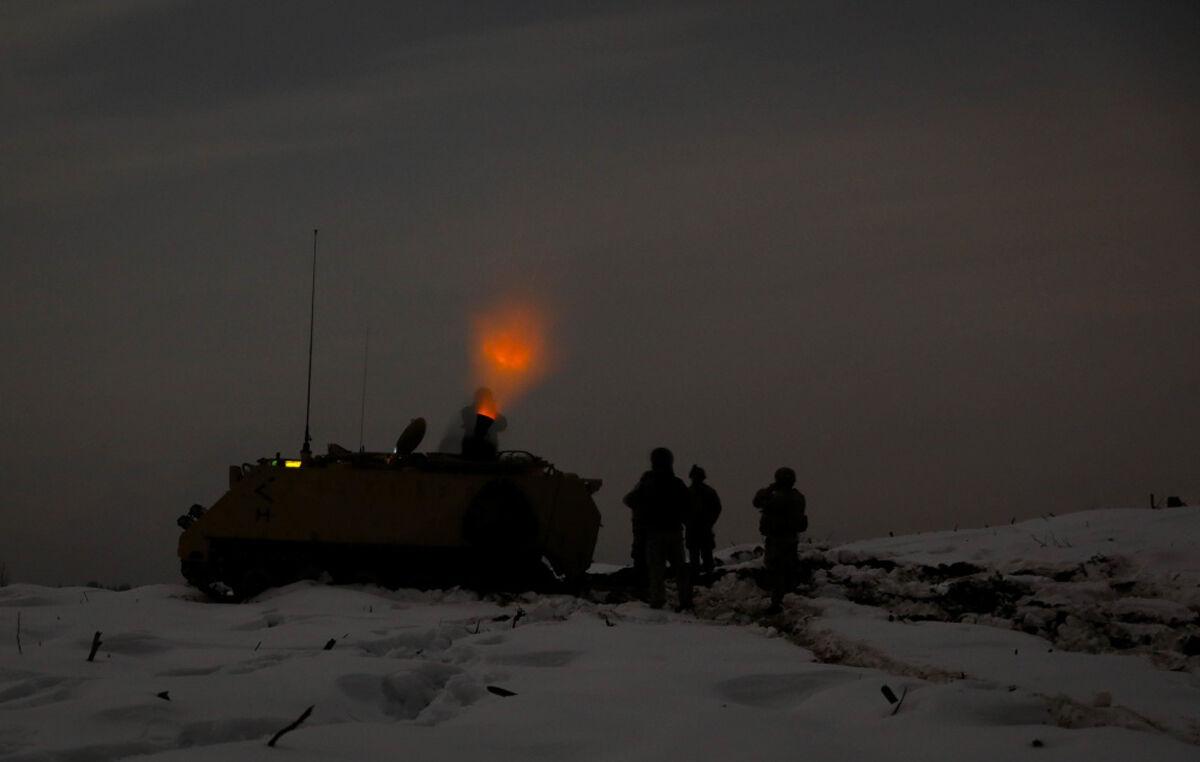 “It was great having them out here,” Capt. Spenser Swafford, battalion support officer and event co-coordinator, said. “I could tell they really enjoyed themselves, which made our mortarmen happy to train with them.”

Roughly a month ago, 2nd Bn., 8th Cav. Regt., mortar teams traveled to Kazlu Ruda, where the Lithuanian 23rd Bn. is based, to observe mortar training by their counterparts and to demonstrate the capabilities the U.S. Q-50 Lightweight Counter Mortar Radar System brings to the battlefield by tracking the origin of incoming fire.

“Once we learned 23rd Bn. wanted to come out here (to the Pabrade Training Area), we were excited,” Swafford said. “We worked with our Lithuanian liaison officer to coordinate the multi-national event.”

“It was very easy to coordinate the event because I knew the platoon commander,” Mazeikaite said. “For some of the guys, this was the first shot they were able to do. It was interesting for them. They will remember this shooting for a long time because it was the first time they shot (U.S. mortars).”

Though mortar systems used by U.S. and Lithuanian forces are basically the same, there are small differences between the systems.

“For us, there is no lanyard to pull to fire the system,” Swafford said. “We just drop the round and it fires. We also have a computerized system that calculates all the fire direction control.”

“We don’t have much (variety) of weapon systems or practice,” Mazeikaite said. “We are able to learn a lot from you.”

As combined multinational training events continue, Lithuanian allied forces are imbedded with U.S. teams to ensure they gain the skills to operate and fight as one should foreign aggressors threaten Lithuanian land.

The combined training also creates an environment for professional relationships to be made and maintained and dispels any personal fears between the forces.

“I really enjoy working with U.S. (forces),” Mazeikaite said. “I like the people and sense of humor. It makes me feel at home.”