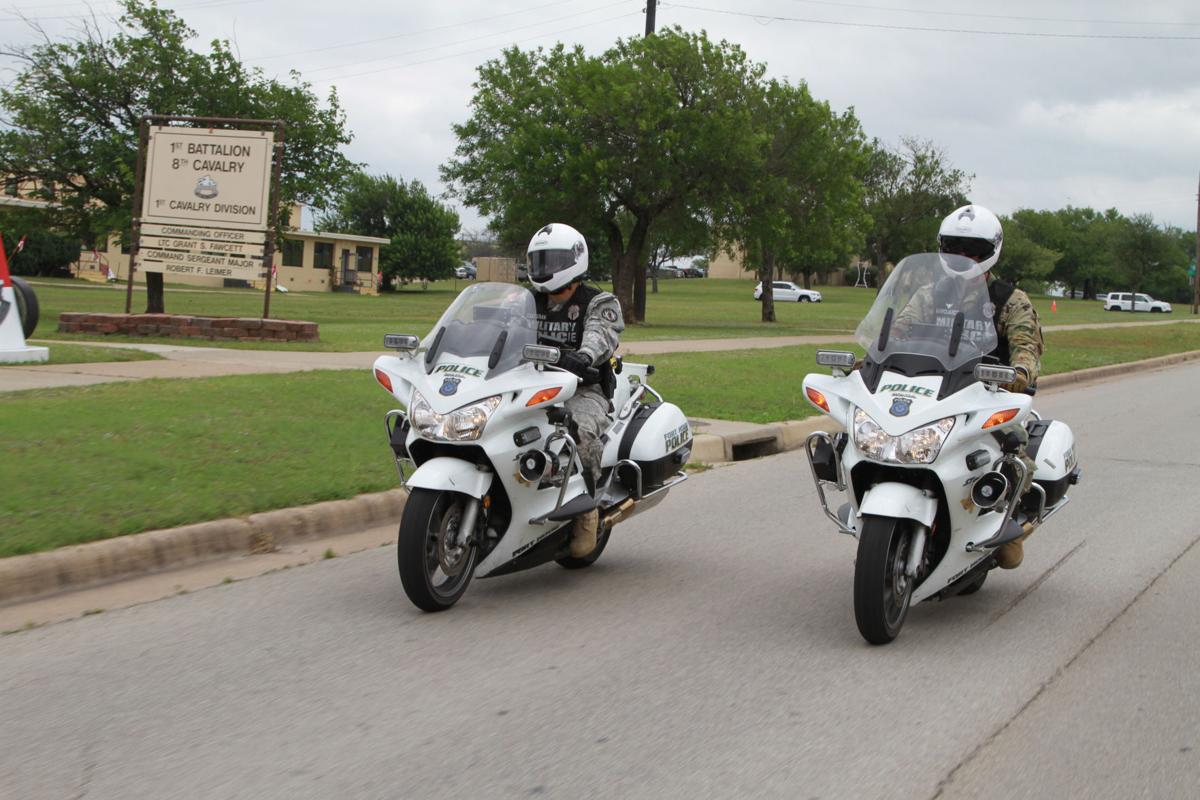 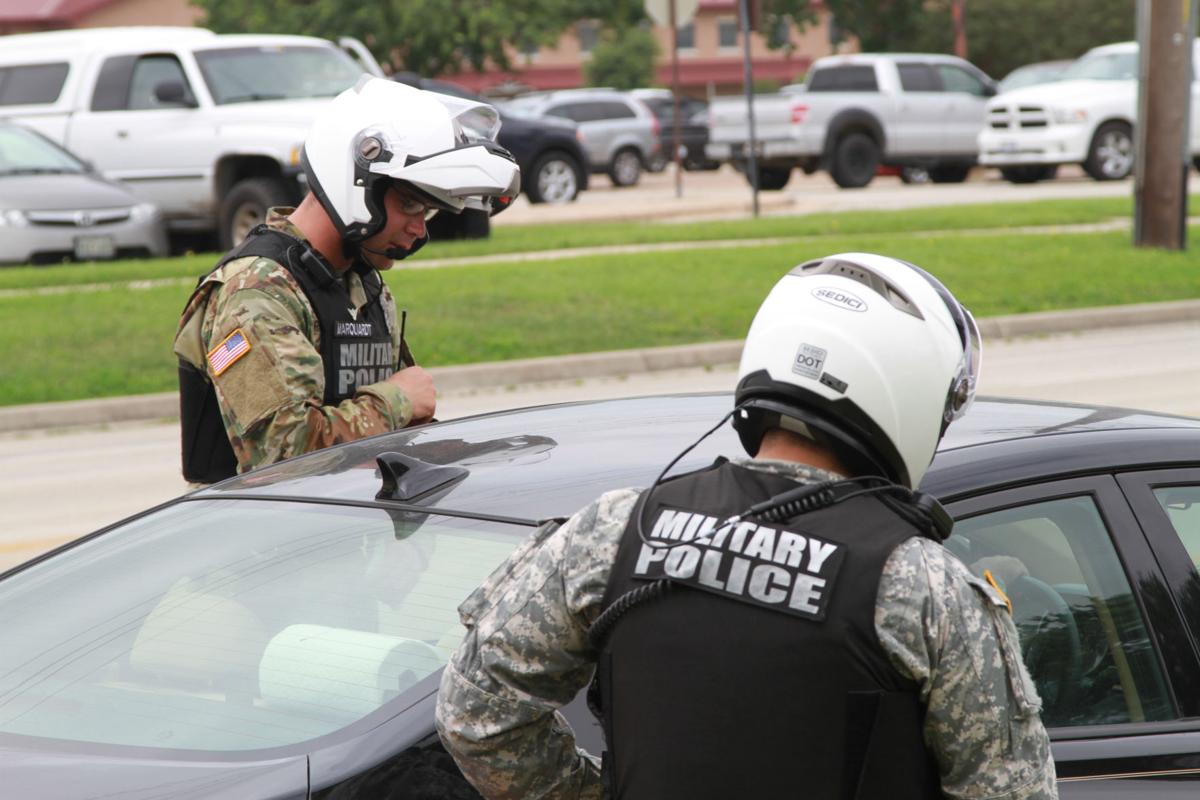 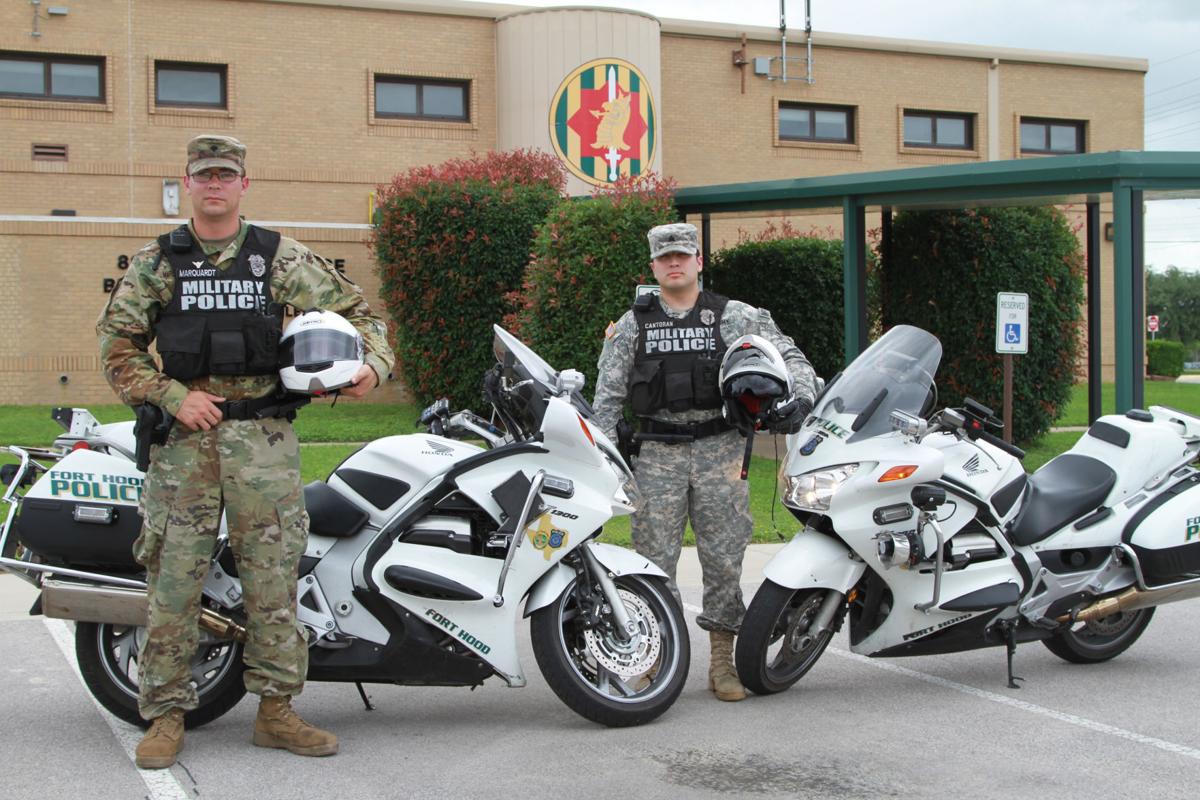 You may have already noticed them. Or maybe you haven’t.

Or maybe you didn’t realize how fast you were driving on post, and when the blue and red flashing lights caught your attention you looked in the rear view mirror and saw a motorcycle.

No need for a double take, it really is a motorcycle pulling you over.

After a long absence, Fort Hood military police are returning to using motorcycles as a vehicle for patrolling on post.

“Military police on motorcycles, that’s a tradition that goes back to our great-grandfather’s Army,” said Lt. Col. Karst Brandsma, the 720th Military Police Battalion commander and Fort Hood Provost Marshall. “If you look at the military police that descended from the Marechausse Corps, mounted light dragoons policing up the battlefield for stragglers, in my mind the mounted MP on an iron horse harkens back to that legacy.”

The commander also said the return to patrolling on motorcycles fits in nicely with the motto for the 75th birthday of the Military Police Corps. In reality, that motto, ‘From the Marechausse, to the troops of today,’ and the timing of the return of motorcycle patrols is nothing more than coincidence.

“It’s a fun analogy,” Brandsma said. “But truth be told, having a motorcycle presence provides us a certain amount of flexibility that we didn’t have before. And it provides incentives for our very best patrolmen to earn the honor and privilege of serving on motorcycle.”

That flexibility comes from the size and maneuverability of a motorcycle, as well as its ability to stand out.

“Much of it is about police presence,” Brandsma said. “If I can prevent people from speeding instead of catching them, that’s of greater benefit to commanders and the community. From an outcomes based perspective, the point of the program is to increase MP visibility in order to reduce instances of crime on the installation.”

The Soldiers using the motorcycles each said it’s not only easier to be seen, but it’s also easier to hide, although neither was willing to give up their favorite hiding spots.

“It’s great for school zone enforcement in the mornings when children are going to school and everyone is going home after physical training,” Sgt. Jesus Cantoran, a traffic accident investigator with the Department of Emergency Services, said. “It’s easy to put the bike in a noticeable location right before the school zone starts and everyone will see you and slow down.”

“A lot of people don’t pay attention to the back of a car pulled over somewhere,” said Marquardt, referring to a parked patrol car. “But when I park that bike in a visible location where it will stand out, and then I stand there wearing all my gear and I’m holding my (speed gun), people are going to notice, and they slow down.”

The size of the vehicles also makes them more maneuverable, especially in areas where accidents are more likely, or have already happened.

“You’re able to respond to a call much faster on the motorcycle,” Cantoran said.

“When traffic is stopped due to an accident on the road, we are able to split the lanes and ride between cars to get to the accident,” Marquardt said.

“They are also easier to patrol some of the ‘hot zones’ where accidents are more likely,” he said. “They are much easier to turn around and patrol busy intersections than the patrol cars.”

Brandsma said he had heard questions about what happened to the previous motorcycle patrol program, and while no one was sure when it ended, the benefits of bringing the program back were obvious.

“When we started looking at ways to get our MPs out on the road in a high visibility profile for the purposes of deterring crime this was a great way to do it,” said Brandsma. “And when we realized this was a resource we had we weren’t using, we stood the program up under the DES traffic section.”

Already having the equipment paid off in a big way for the program’s revival in a time when budgets are shrinking.

“The DES already had a small motorcycle fleet,” Brandsma said. “This program had already existed in the past, and since the resources were already there, this was a no cost benefit that reduced the strain on our other vehicles.”

When trying to decide which Soldiers were most qualified to put those motorcycles back on Fort Hood’s busy streets, Brandsma knew just where to look.

“We leveraged our battalion motorcycle mentorship program to identify those Soldiers who would be qualified to put in the program,” said Brandsma. “We asked for volunteers, and then after an interview process we made our selections and sent them to the qualification course.”

Brandsma said putting MPs on motorcycles will also help them connect with a group of Soldiers who may have felt at odds with the Army over their choice of transportation.

“Having military police on motorcycles really solidifies our regimental motto, ‘Of the troops, for the troops,’ and it’s another way by which we as military police make sure we are providing safety and security for all Soldiers, not just those on four wheels.”