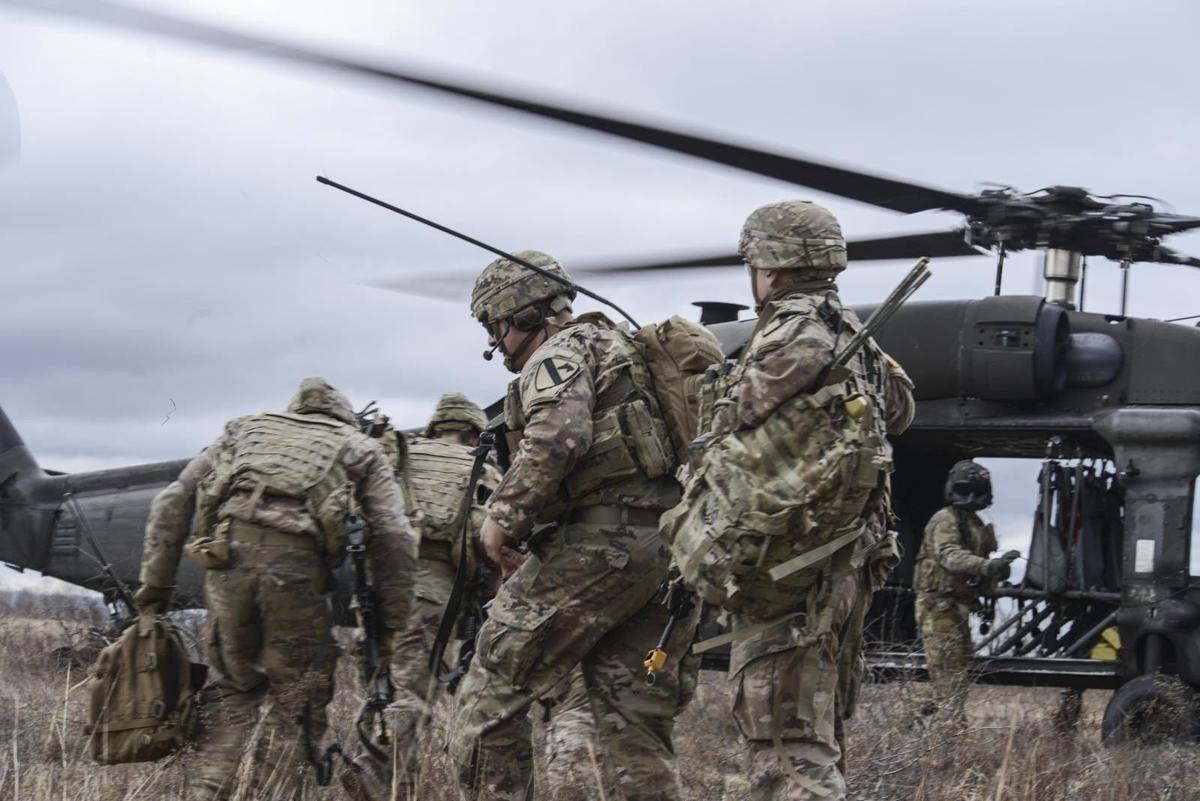 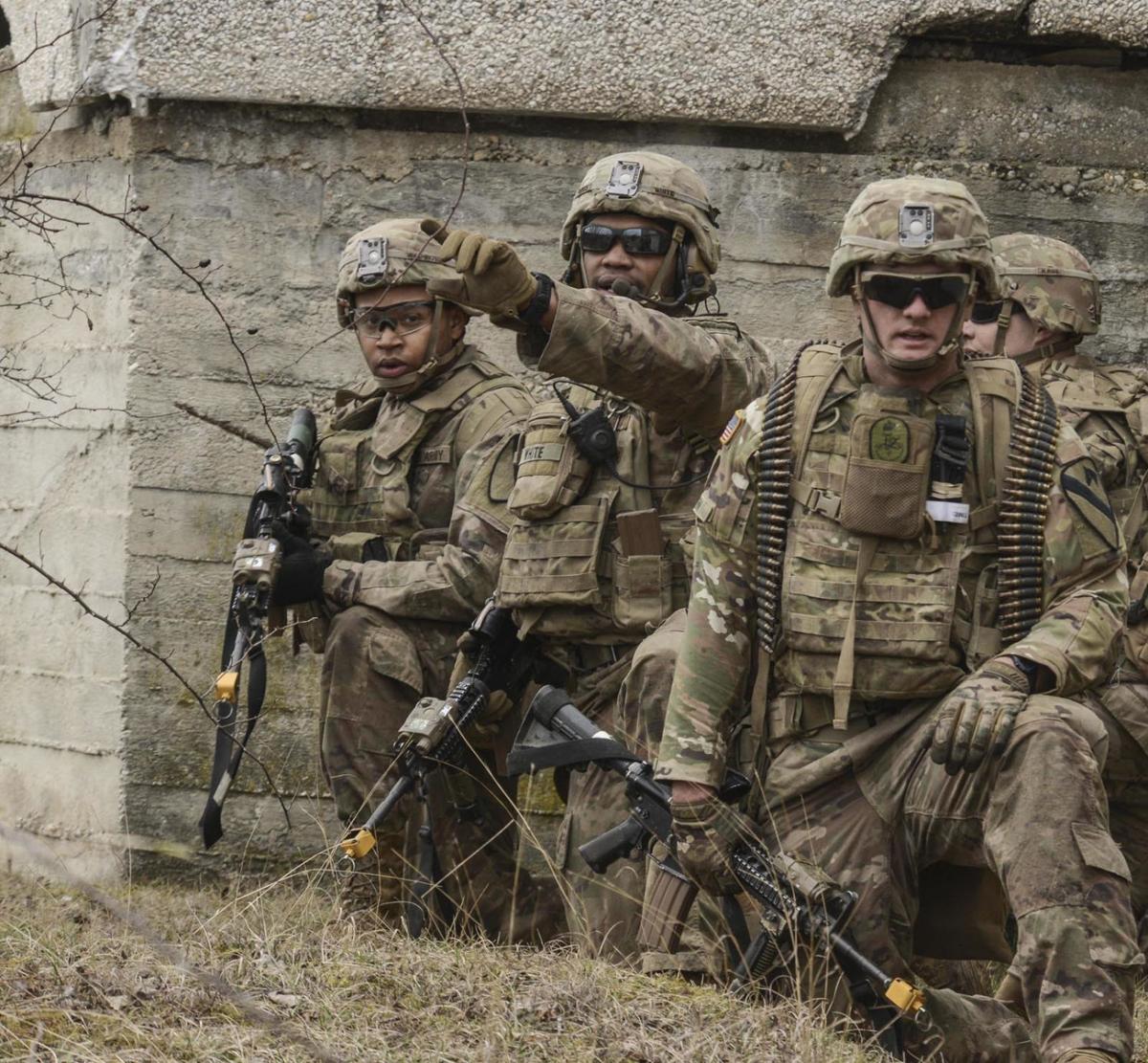 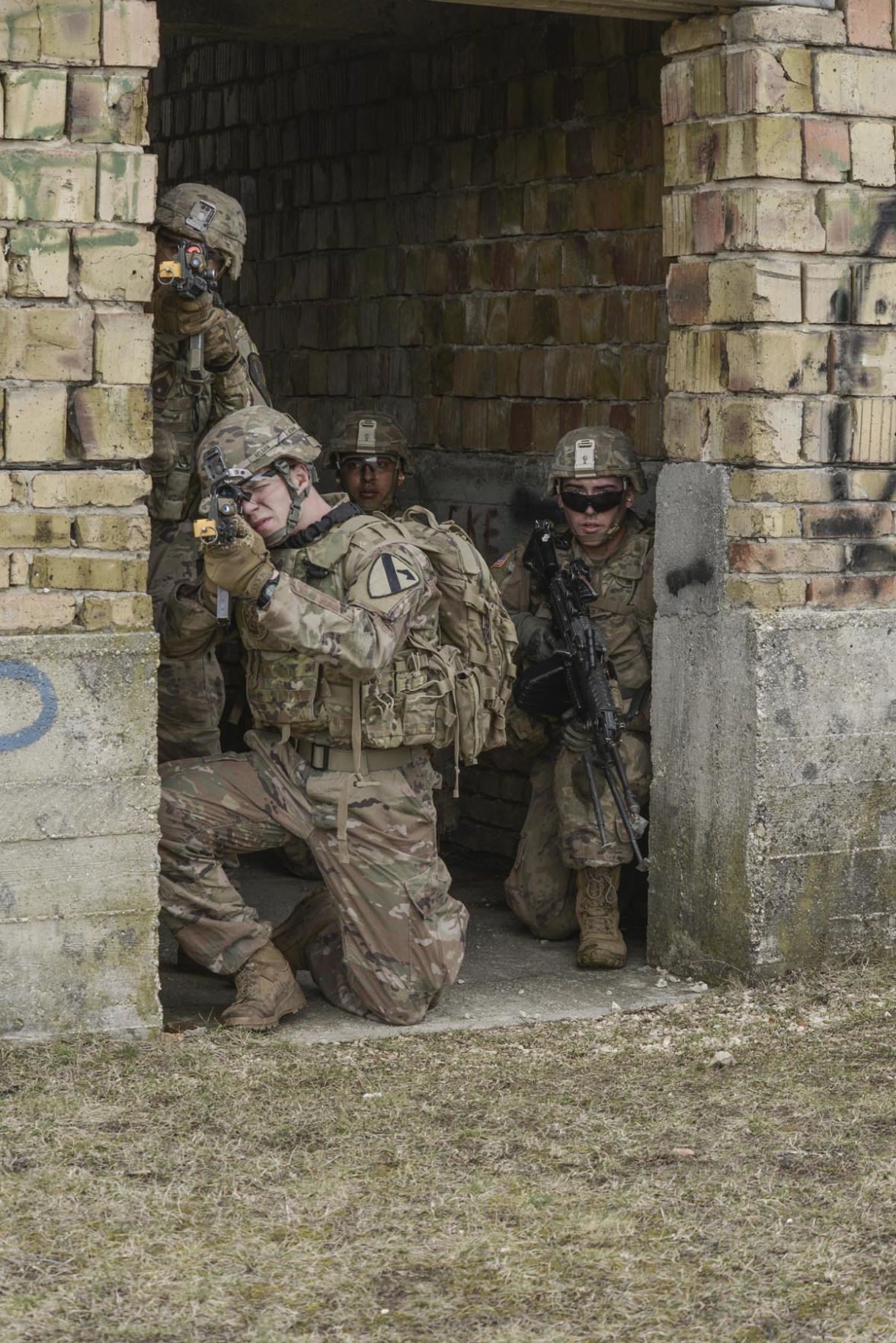 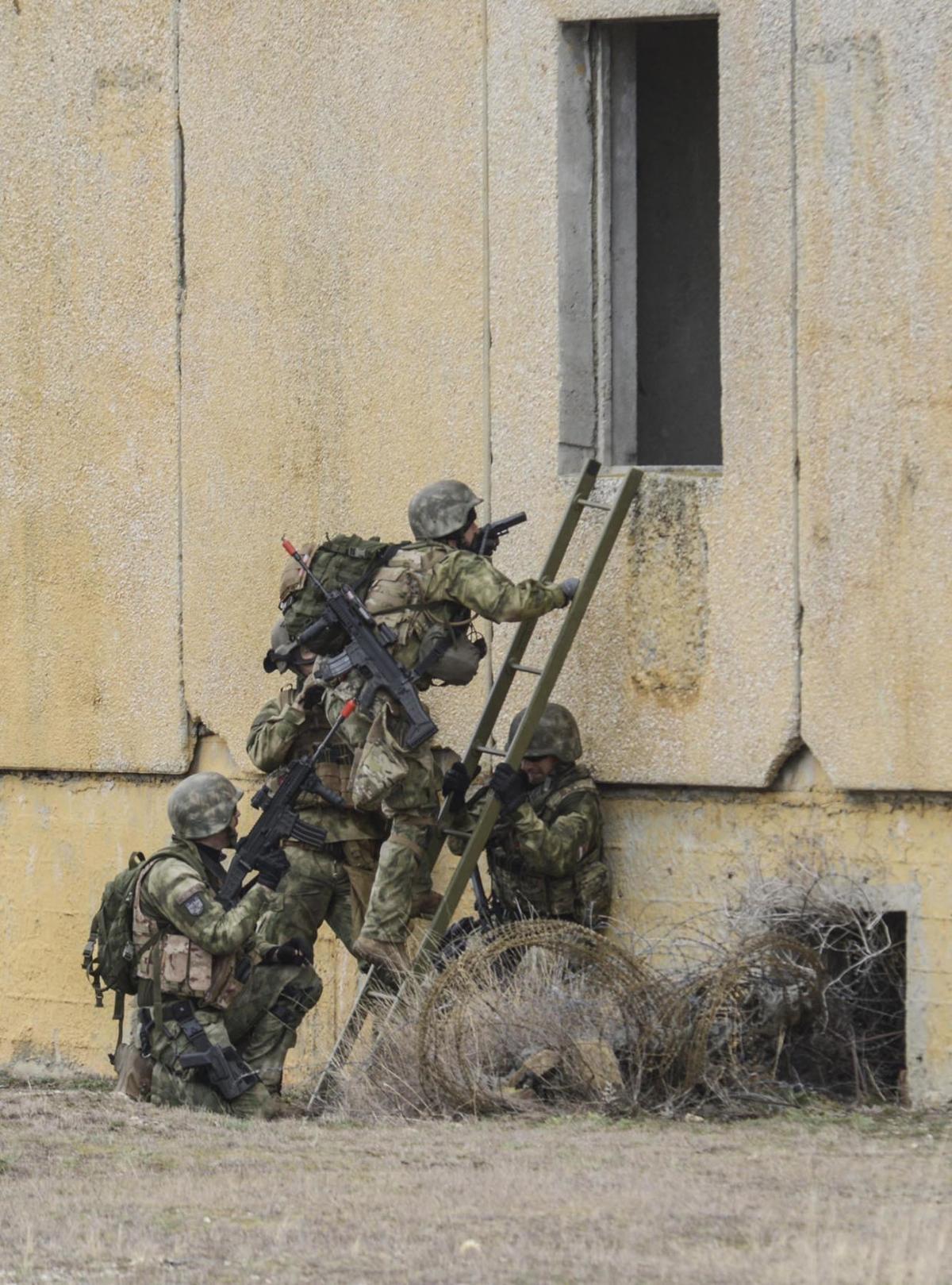 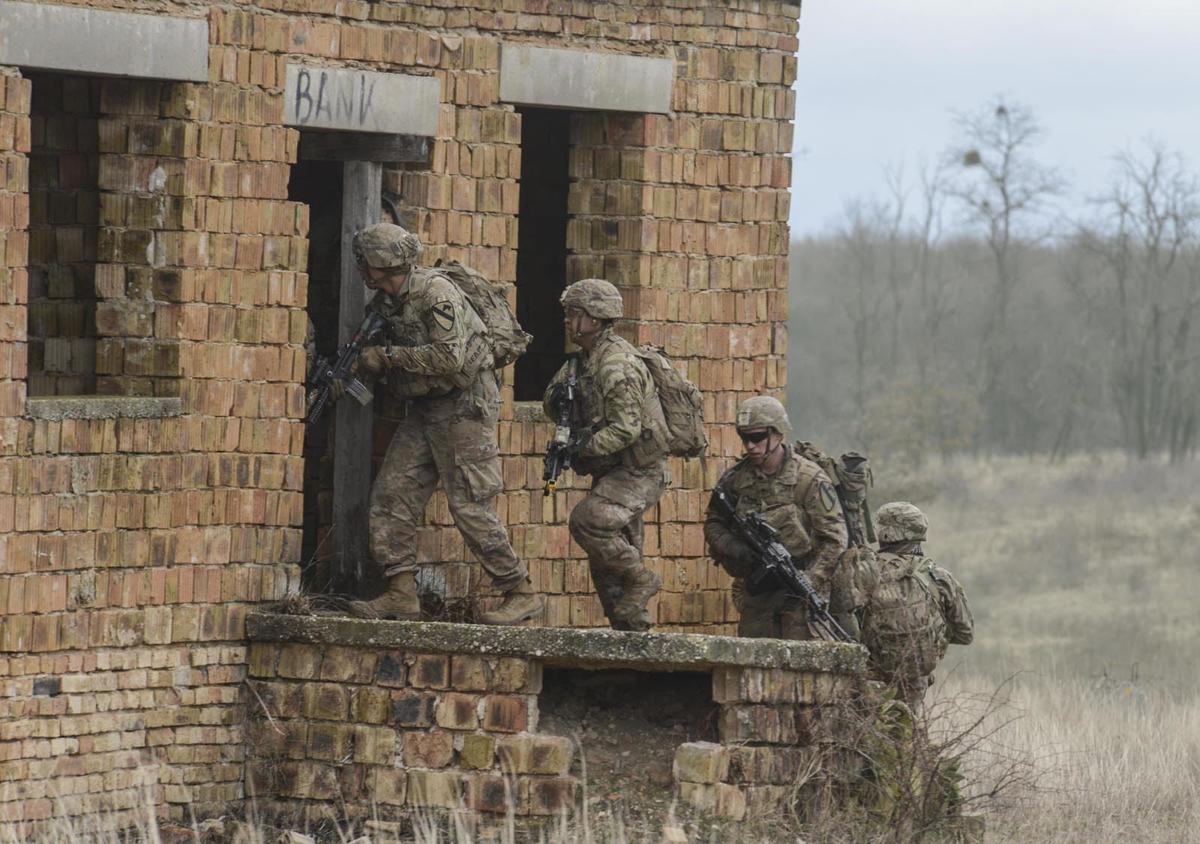 Hawk Strike 2020 is an exercise that allows units to conduct movements in a realistic, high-intensity environment to ensure a unit’s readiness for combat and their ability to fully integrate with National Alliance Treaty Organization partners and allies.

The air assault mission started with Soldiers from the Mustang Battalion and Hungarian forces loading UH-60 Black Hawk helicopters and CH-74 Chinooks at the airfield in Szolonk.

“Our objective was 170 miles away from Szolnok Airbase,” Capt. Daniel Bader, commander of Company C, 1st Bn., 8th Cav. Regt., said. “Once we landed, we did a raid, essentially on target buildings in a ruined city at one of the Hungarian training areas.”

As both forces worked together to clear the town, opposing force Soldiers created obstacles and try to prevent their efforts.

“We play the red liberation front, acting as an irregular force that set up a hasty defense in the town,” 1st Lt. Csaba Kopasz, Hungarian OPFOR commander, said, “Our plan was to slow down the attack and if possible draw back to the (OPFOR’s operating base) rat country.”

Kopasz explained that for small armies like Hungary’s Army, these exercises are important because both sides rely on each other for mission success. They also allow both sides to improve communication and interoperability.

Once the town was cleared, Soldiers set up defensive positions until helicopters were called in to pick the Soldiers up and bring them back to Szolnok Air Base.

Bader explained that rehearsals were the most important thing leading up to the exercise and gave other tips on how to guarantee mission success during Hawk Strike 2020.

“The great thing about doing air assaults like this at distance is you don’t have a dry or blank run, essentially. You get one shot at the objective,” Bader said. “So how you do your rehearsals from 170 miles away can really affect the outcome of the mission, like it did out here.”

The exercise also created a unique opportunity for the newest Soldiers to learn not only from Hungarian counterparts, but also from senior noncommissioned officers in the Mustang Battalion.

“It’s been a great learning experience, it’s allowed us to see the different ways they do things and for them to see how we do things,” Pfc. Barry Pogue, a fire support specialist and Ohio County, Kentucky, native said. “Exercises like this allow us to fill a gap that builds a bond and relationship with the other countries ... a great chance for me and just another thing I can add to the list of things to tell the folks back home about.”