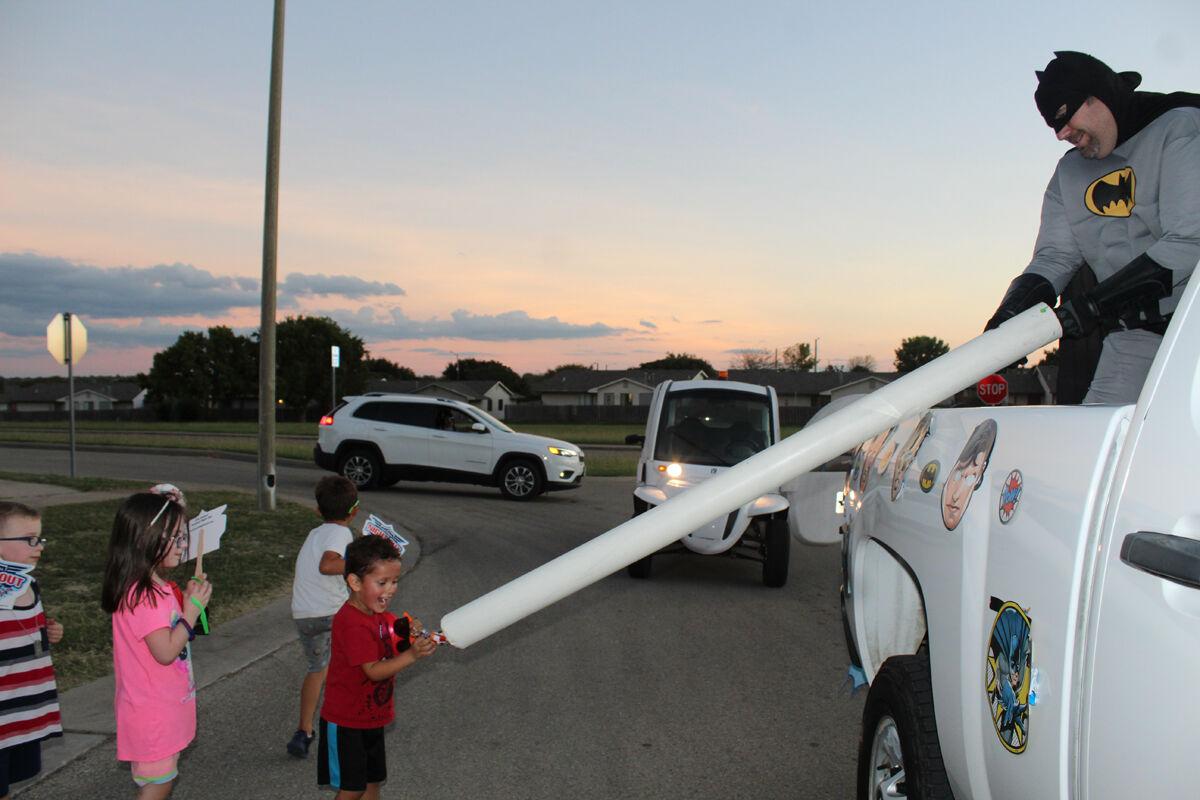 Atticus Aydlette, 3, son of Spc. Oscar Aydlette, 69th Air Defense Artillery Bde., is excited as he pulls a treat bag from the bottom of the pipe held by Batman, played by Benjamin Griffin with the USO, during National Night Out Friday. 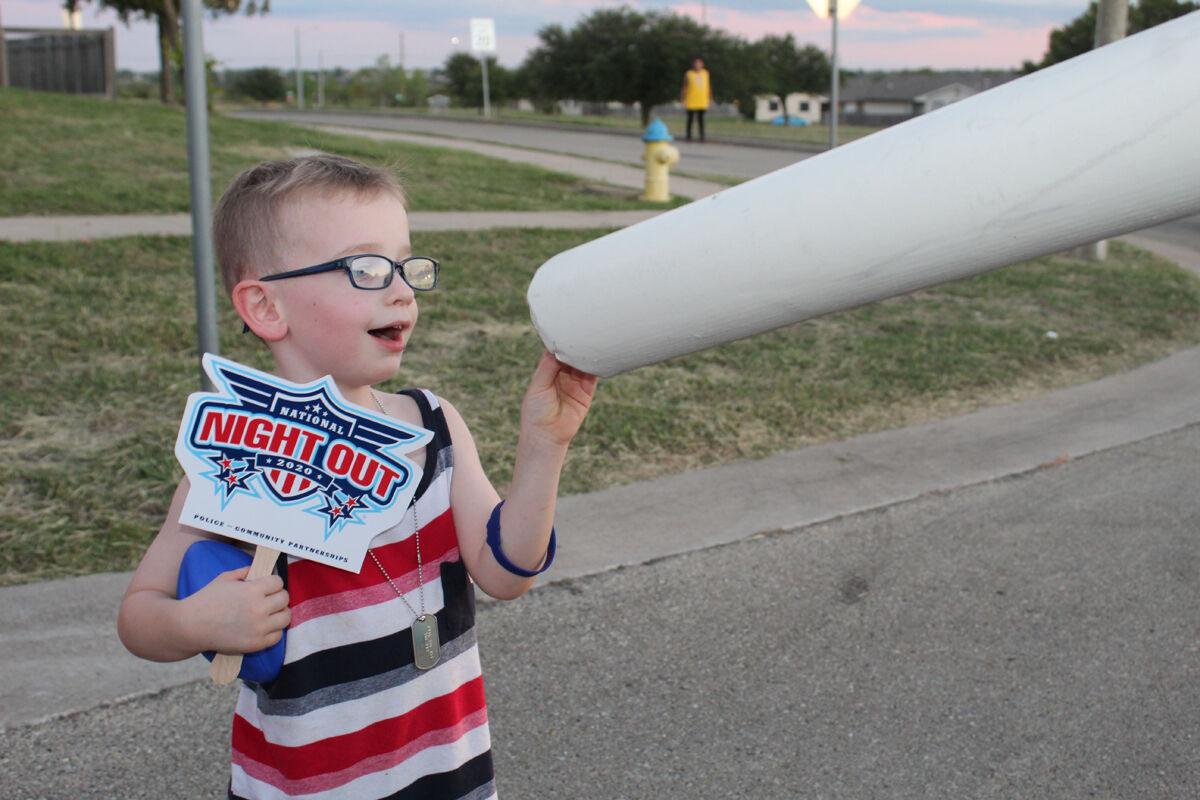 Atticus Aydlette, 3, son of Spc. Oscar Aydlette, 69th Air Defense Artillery Bde., is excited as he pulls a treat bag from the bottom of the pipe held by Batman, played by Benjamin Griffin with the USO, during National Night Out Friday.

Although the celebration looked different from years past, Fort Hood residents continued its tradition of celebrating National Night Out Friday in Fort Hood Family Housing.

“While we certainly miss being able to host our larger in-person events, it has been fun to think outside the box and provide different ways to connect with our residents,” Staci Burton, assistant marketing manager of communities from Lendlease Incorporated, the contract operator of FHFH, said. “This event is part of our overall mission to provide outstanding communities where military families can live, work and thrive.”

In partnership with the USO, the Directorate of Family and Morale, Welfare & Recreation and the Defense Commissary Agency, FHFH and the Resident Advisory Board hosted a party parade in celebration of the Directorate of Emergency Services, which includes the police and fire departments.

National Night Out is a nationwide celebration which is aimed at strengthening the relationship between neighborhoods and law enforcement. Fire trucks and police vehicles lead the parades throughout the neighborhoods, stopping to wave and distribute goodies.

When families signed up for the event, they were given party decorations, favors, hot dogs, buns, chips sodas and more to set up their porch party. They were told there would be a parade, but were surprised when the parade included not only real superheroes, like fire fighters and police officers, but also fictional superheroes like Batman, Wonder Woman, Spiderman and Mr. Incredible, who were passing out goodies through a long tube to maintain social distancing.

Laura Gardner, spouse of Sgt. Chris Gardner, 15th Military Intelligence Battalion, 504th MI Brigade, said she was shocked when she picked up the supplies FHFH handed out and it included their dinner for the night.

“They really went above and beyond,” she said.

They filled the balloons and decorated their porch for the party, hoping to make the event extra special for their children. All the children received party favors, which included sunglasses, flashlights and more.

At the end of the event, residents were encouraged to send in their best photos from their porch parties and the parade for a chance to win a Facebook Portal.

Fort Hood has participated in National Night Out for more than a decade and has won the National Night Out military base competition for 11 years in a row. Burton said it’s not just an award though, it’s their way to show how much they care about the community, the Soldier and the families at Fort Hood.

“We are incredibly proud to support our service members and families here at Fort Hood,” she added, “and look forward to continuing to find ways to bring the community together in the weeks and months to come.”