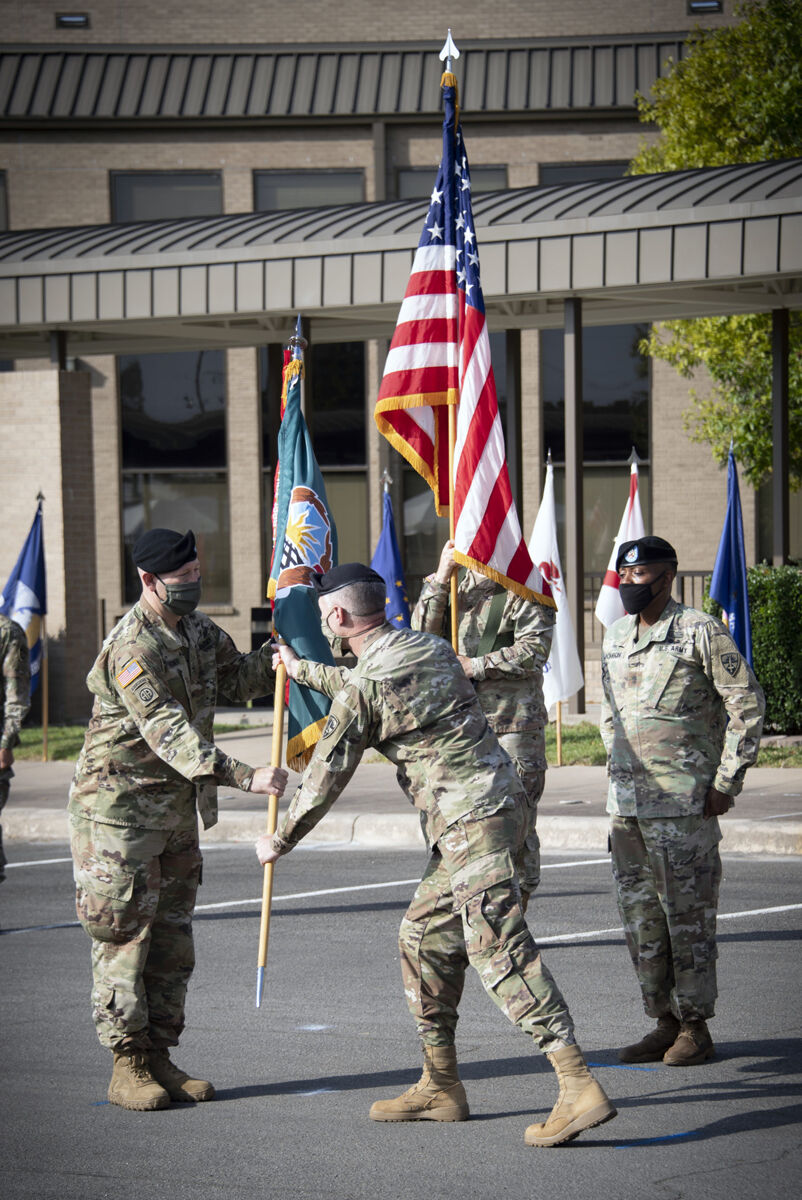 Col. David Gardner (left) receives the colors of the USAOTC from Brig. Gen. James Gallivan, commander of OTC’s higher headquarters, the ATEC, during an assumption of command ceremony at West Fort Hood Friday. 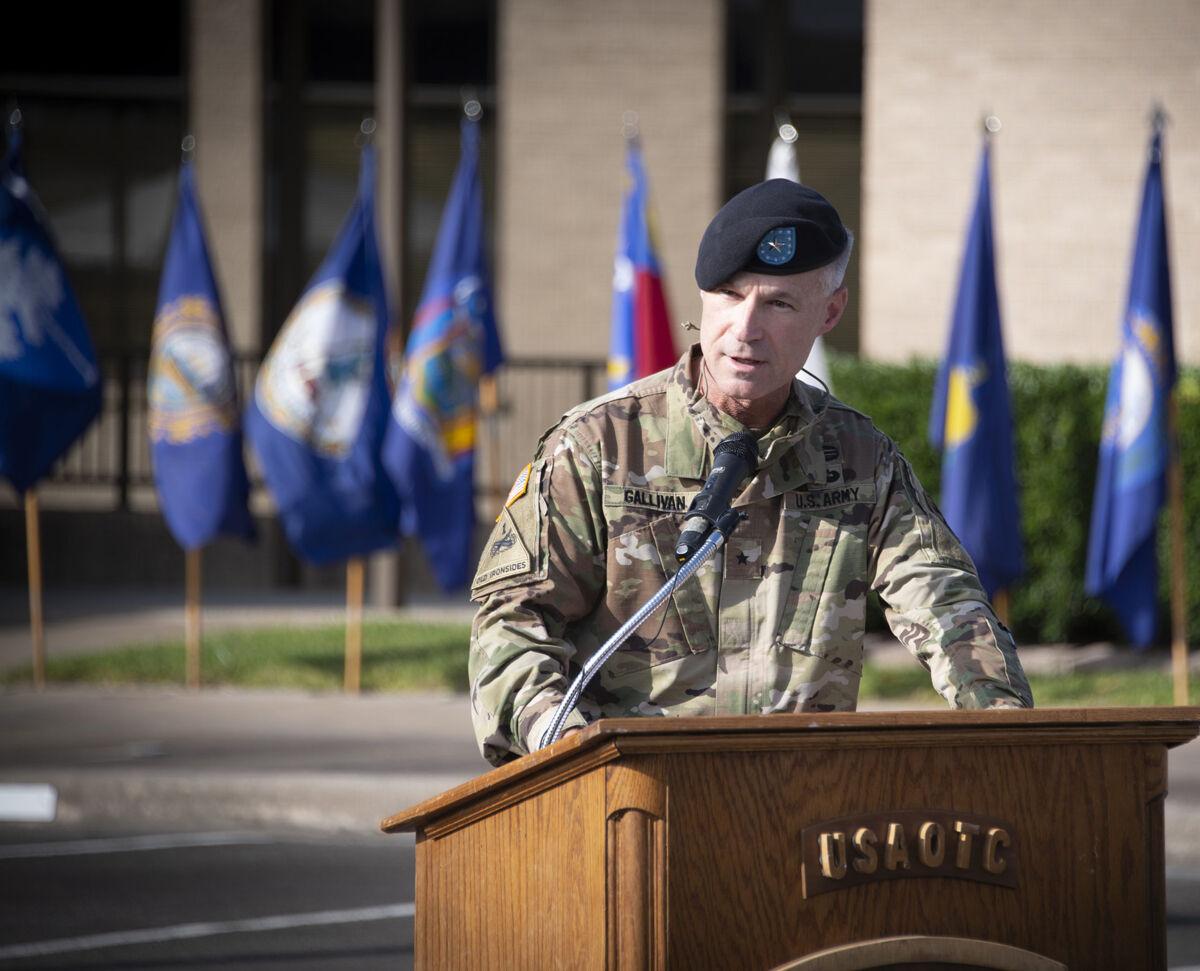 Col. David Gardner (left) receives the colors of the USAOTC from Brig. Gen. James Gallivan, commander of OTC’s higher headquarters, the ATEC, during an assumption of command ceremony at West Fort Hood Friday.

Senior leaders, friends and family social-distanced during a ceremony welcoming the 30th commander to the unit responsible for testing all new and modernized Army equipment here Friday.

Col. David Gardner arrived at the U.S. Army Operational Test Command from the Joint Readiness Training Center Operations Group at Fort Polk, Louisiana, where he ran all the Army’s Infantry Brigade Combat Teams through training rotations as close to real combat as possible for two years.

“Dave, you are following in some amazing footsteps,” Gallivan said. “This is a real testament to the Army senior leaders choosing you for this command.Importantly, for all of us and for you, Dave, and the Gardner family, time is of the essence as the Army bolsters the focus on people, readiness and modernization.”

With a Texas “Howdy,” Gallivan recognized Gardner’s extended family, including his mother and father, brothers, aunts and uncles across the country from New Jersey to Florida who were watching the ceremony live-stream.

“That speaks volumes,” Gallivan said. “The Army has entrusted this leader who values people, excellence, passion, honesty and balance with command over and over again.

“What a beautiful thing for our Army,” he continued. “Dave is a seasoned operator with service in light and mechanized formations — both training and deployed. From company through brigade level, he’s prepared formations for combat and deployed those formations in support of our national interests.”

Gallivan said Gardner is both an operator and a thinker.

“He has served as a strategist, a senior military assistant and as an instructor,” Gallivan said, describing Gardner’s talents. “He’s got not one master’s degree; not two master’s degrees, but three. Wow!”

“Dave brings the perfect blend of experience, judgment and authentic devotion to ensuring our Soldiers train, deploy and fight with confidence and competence to prevail in uncertain environments.”

“It’s about ensuring that the equipment we place into the hands of Soldiers works the way that it’s supposed to work, to provide our Solders the confidence and competitive advantage they need in future missions,” he said.

When Gardner stepped to the podium, he first promised Soldiers bearing the Nation’s and unit’s colors they would not have much longer to stand.

He thanked Gallivan for the confidence he has entrusted in him and said, “I look forward to working with you and the rest of the ATEC team.”

He thanked his wife Evee of 26 years, and his two children for sticking with him.

To former OTC Commanders, he said, “Thank you to all of the former commanders of OTC who have generously given their time over the past few weeks to share lessons and advice for my command of OTC.

“(They) loved this organization and could not speak more highly of the people of U.S. Army Operational Test Command.”

He reminded everyone of OTC’s existence to test equipment since 1969 and said, “Our motivation is simple — our final customer — the Soldier who is the end user of the equipment that we test.”