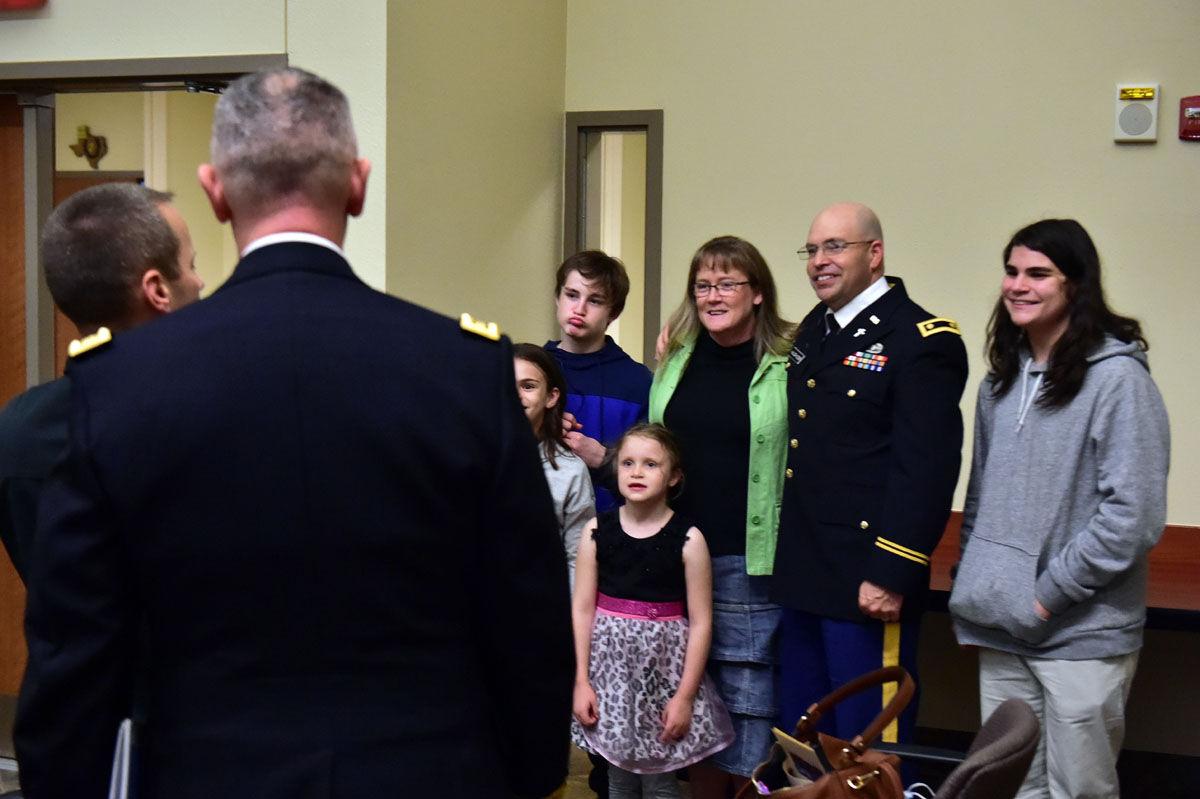 Chap. (Maj.) Curtis Hulshizer poses with his family for a photo Friday after the Family Life Chaplain Qualification Course graduation ceremony. He will be assigned to the 13th ESC beginning in January. 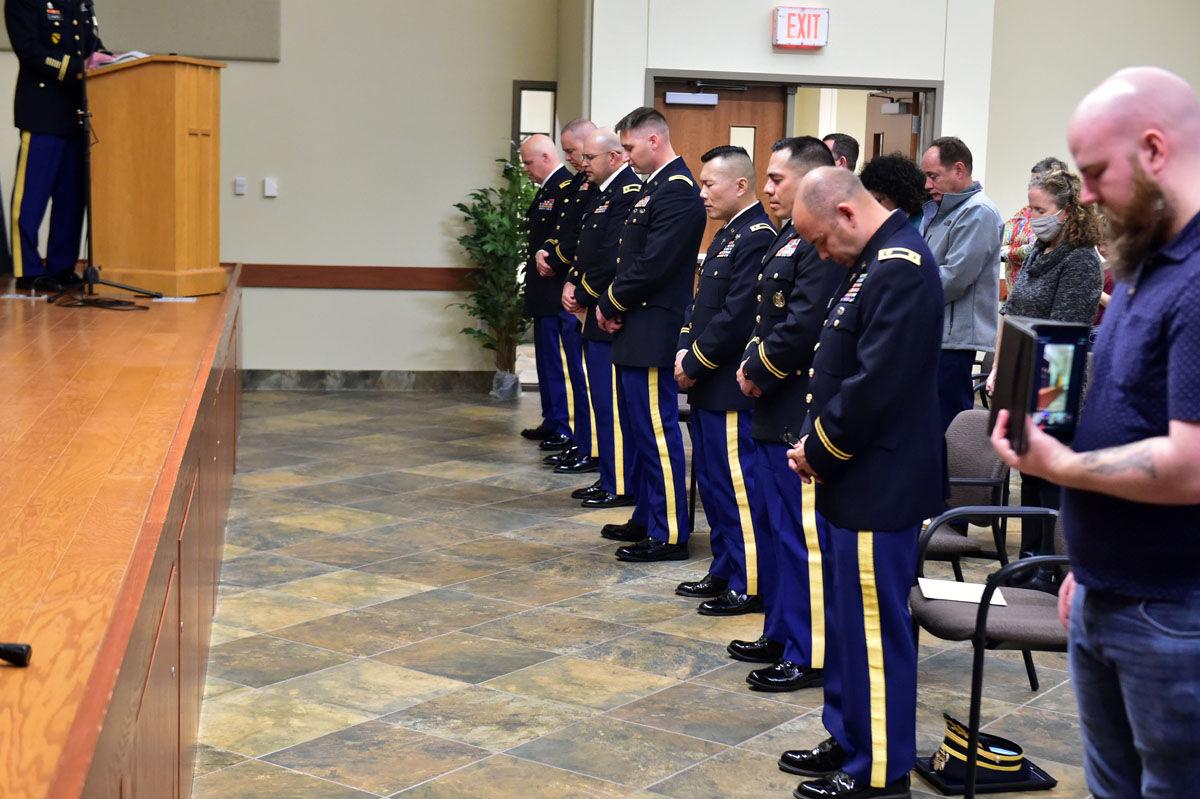 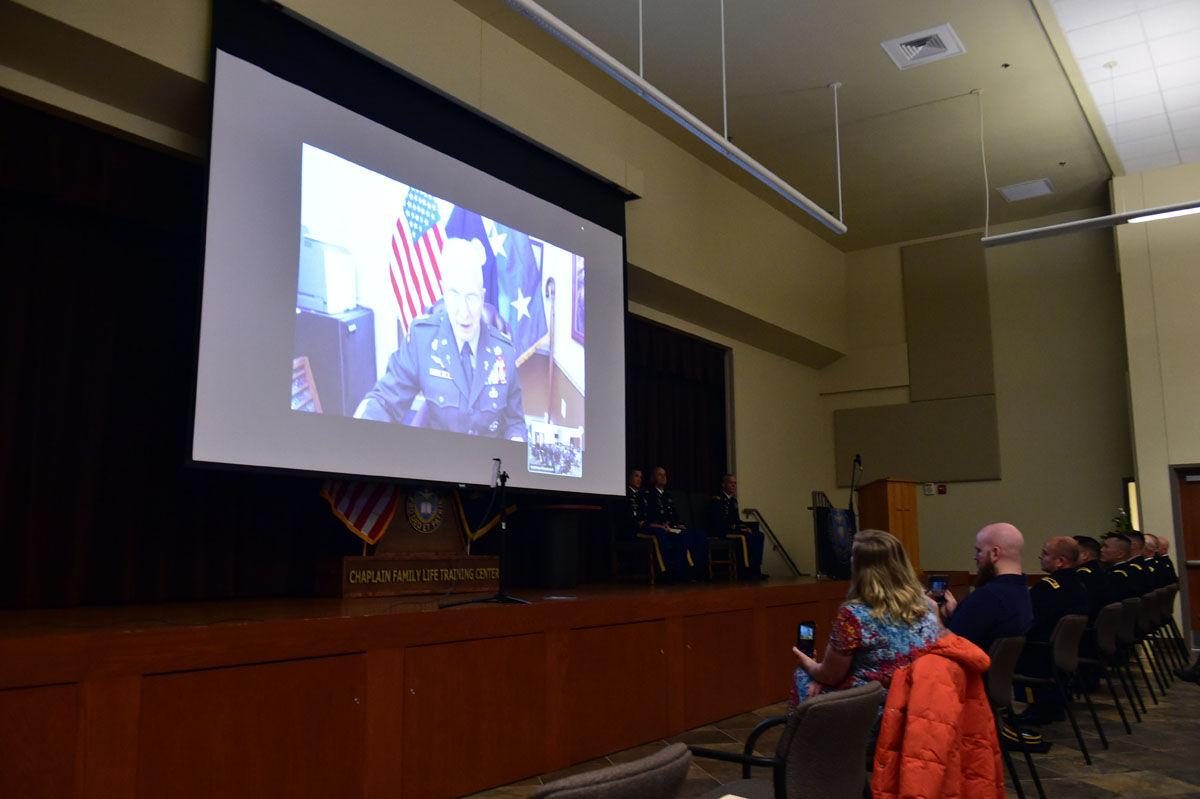 Chap. (Maj.) Curtis Hulshizer poses with his family for a photo Friday after the Family Life Chaplain Qualification Course graduation ceremony. He will be assigned to the 13th ESC beginning in January.

These chaplains with highly specialized skills as therapists and trainers of faith-informed, evidence-based pastoral counseling completed an 18-month, 60 semester hour Master of Science degree in Marriage and Family Therapy from Texas A&M – Central Texas. All will head out to their next assignments for what is called their utilization tour.

Chap. (Maj. Gen.) Thomas Solhjem, the U.S. Army Chief of Chaplains and virtual guest speaker at the ceremony, said these newly minted Family Life Chaplains will bring their skills to a force that needs them now more than ever.

“From this day forward, you are never not a Family Life Chaplain. You are a United States Army chaplain who is now imbued with the skillset called Family Life Skills, and you understand therapy and systems like no other,” Solhjem said during the ceremony. “You are going to get your utilization tour, and then you are going to continue to use these skills.  You are going to be the gift that keeps giving.”

Solhjem likened the Family Life Chaplain working within the ranks of the Army as a Ranger Regiment Soldier who has left the Ranger Regiment to go to a line unit. They both serve in the role of what right looks like. Something or someone to aspire to be like.

“You are standard bearers,” Solhjem said. “You are an exemplar now of a craft within our profession as a Family Life Chaplain, and you now uphold the standard of what counseling looks like, and you will uphold that standard wherever you go for the rest of your career.”

Chap. (Maj.) Curtis Hulshizer was one of the seven graduates, and his utilization tour will be here at Fort Hood with the 13th Expeditionary Sustainment Command. He started this journey of advanced civil schooling 18 months ago, and is excited about and confident in the skillset he will be bringing to his new unit.

“We’ve been trained well, and I think credibility comes with competence,” Hulshizer said after the ceremony. “I think in getting the counseling skills, I know I’ve actually been trained in evidence-based curriculum, and I think I am competent and confident.”

Commanders across the Army put a lot of faith in their assigned Family Life Chaplains and the credentials and skills that come with that designation.

“I think that it builds credibility with leadership and then also just one on one with Soldiers while counseling,” he said. “I think that’s what we need right now, is people who know the craft, but then they also have a heart for people, which you can’t really train for that, but the training is the entry point for credibility when people come and get the healing they need.”