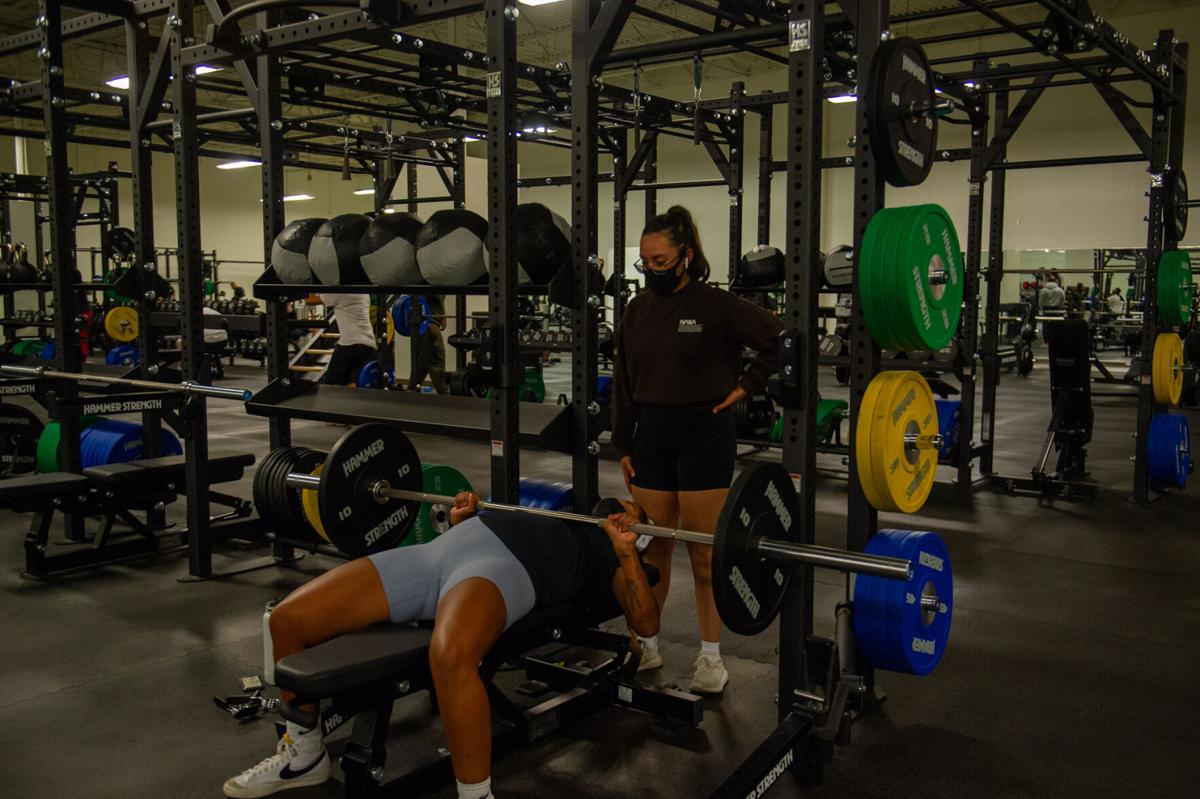 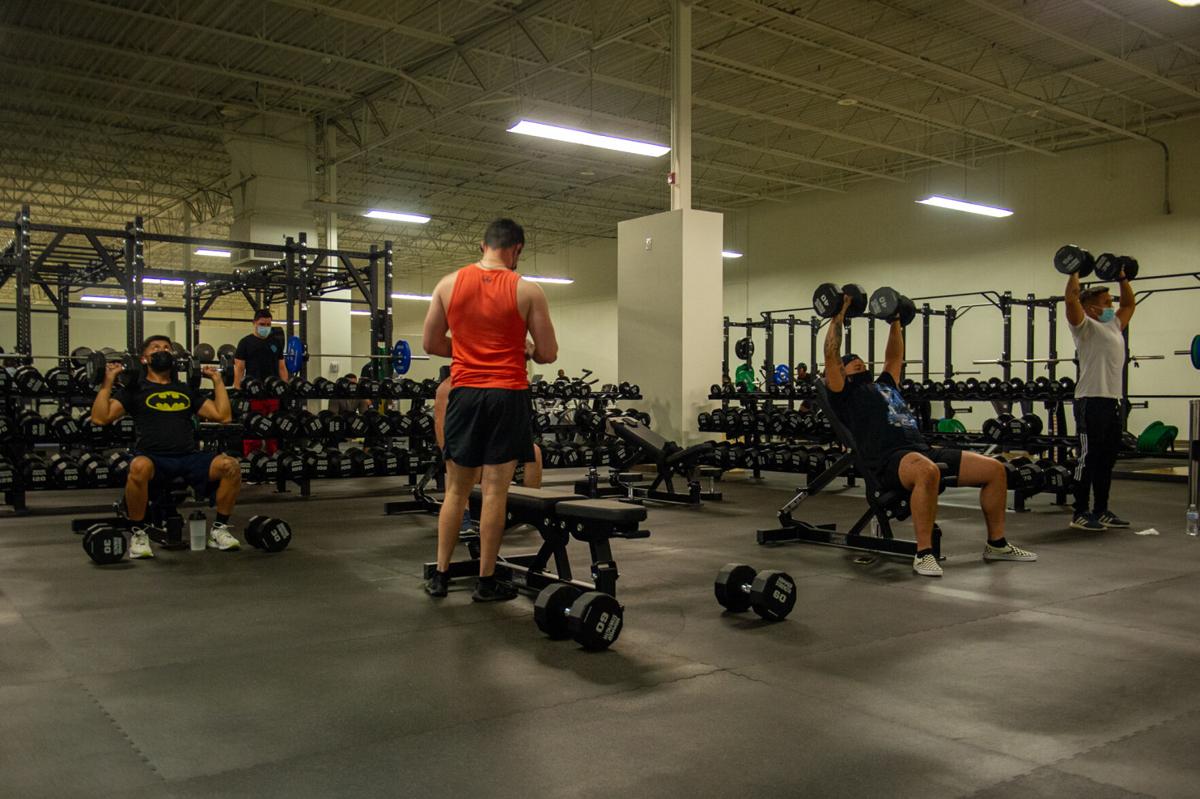 Warrior Way Fitness Center patrons use some of the facilities free weights in their workouts. The 36,000 square foot facility boasts new dumbbells, kettlebells, medicine balls and other equipment.

Warrior Way Fitness Center patrons use some of the facilities free weights in their workouts. The 36,000 square foot facility boasts new dumbbells, kettlebells, medicine balls and other equipment.

The facility boasts all new state-of-the-art equipment, with some that are unique to Warrior Way, and brand new showers which are the largest of the gyms on post.

Something that none of the other gyms on post have are two Assault Fitness Air Runners, premier running machines. The facility also has six rig lifting platforms, 12 stack multi jungle systems and concept rowers. Brand new kettlebells, dumbbells, ropes and medicine balls have also been added to the lineup.

As word of mouth has made its way around Fort Hood regarding the opening, the patronage at Warrior Way Fitness Center has begun to increase, according to gym manager Celismarie Rivera.

“Earlier in the morning for our PT hours, it was really slow but it has picked up after probably 1700 (5 p.m.),” Rivera said, regarding opening day.

The reaction from gym patrons has been very positive thus far, with many citing that the vast space and new equipment is a huge draw.

“I like how open it is and there’s a lot of space to do your own thing and it’s not like super crowded,” Spc. Kaitlyn Strassner, 11th Corps Signal Brigade, said. “It’s super nice, which is good. No one wants to come to a gym where all the equipment is super run down or there’s not a lot of weights and stuff.”

At other gyms across post, waiting your turn to get your sets in at a particular machine or station can be somewhat common, making the multiple machines available at Warrior Way Fitness Center another perk of patronizing the gym.

“There’s multiple machines of everything, so you don’t have to keep waiting for someone to get off the machine and I know you have to do that at a lot of the other gyms,” Spc. Bryana Ramirez, 11th CSB, said. “I like the cable machines, I think it helps that there’s about ten of them, it looks like, because usually there’s only  two on each side and it’s always so crowded over there.”

To kick off the new gym being officially open, gym staff put together a raffle where patrons have the opportunity to enter their name in a drawing when they come in to use the gym. Through Saturday, gym goers have the chance to put their name in to potentially win a prize, with one name being drawn as a winner per day.

“I’m doing one (drawing) per day. So whoever put their name in today, I draw the name tomorrow and I’m doing that for six days, with one winner per day,” Rivera said.

Once patrons have been able to get a feel for the new gym and all its state-of-the-art equipment, gym staff has a plan to start putting on events within the gym.

“I want to wait for my first two weeks to see how many patrons I get and kind of let everyone get a feel for the gym. And then after my two weeks, I’ll start doing events, whether it’s a cardio event or a strength event,” Rivera said.

To reach Warrior Way Fitness Center directly, call 254-618-7521. For more information on any of Fort Hood’s physical and functional fitness centers, visit www.hood.armymwr.com/programs/fitness-center or on Facebook at www.facebook.com/forthoodfmwr.