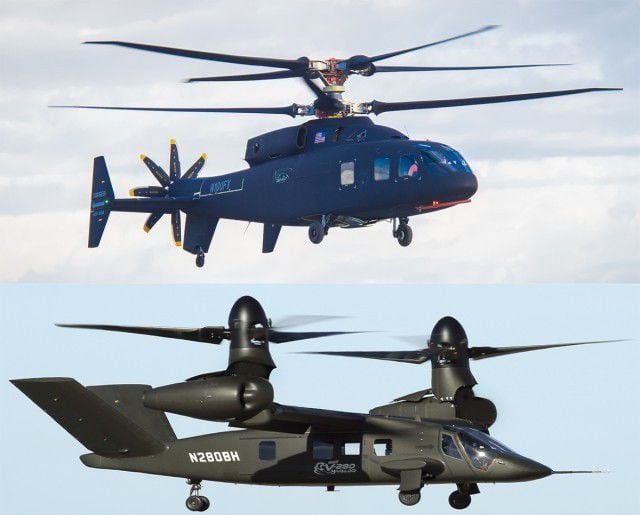 Two Joint Multi-Role technology demonstrators have shown in flight some of the technologies the Army wants for its Future Long-Range Reconnaissance Aircraft. Top is the Sikorsky-Boeing SB-1 Defiant and bottom is the Bell V-280 Valor. 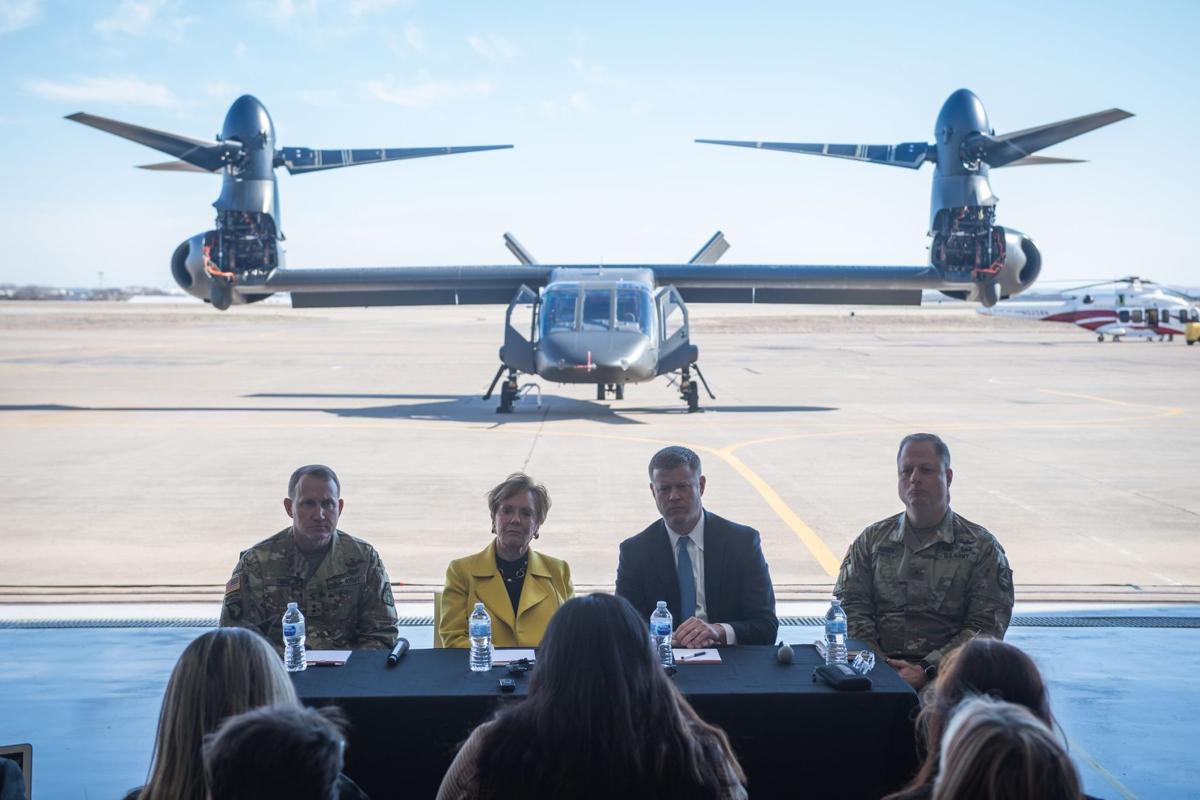 Secretary of the Army Ryan D. McCarthy visits Dallas and Fort Worth, Texas, Jan. 8, 2020, for a demonstration of a part-aircraft, part-helicopter called the Bell V-280 Valor. The aircraft is part of the Army's search to replace the UH-60 Black Hawk.

Two Joint Multi-Role technology demonstrators have shown in flight some of the technologies the Army wants for its Future Long-Range Reconnaissance Aircraft. Top is the Sikorsky-Boeing SB-1 Defiant and bottom is the Bell V-280 Valor.

Secretary of the Army Ryan D. McCarthy visits Dallas and Fort Worth, Texas, Jan. 8, 2020, for a demonstration of a part-aircraft, part-helicopter called the Bell V-280 Valor. The aircraft is part of the Army's search to replace the UH-60 Black Hawk.

ARLINGTON, Va. — The Army secretary, along with senior Army officials, joined industry leaders last week to get a closer look at cutting-edge capabilities for future vertical lifts, ahead of the fiscal year 2030 goal, to replace the UH-60 Black Hawk.

In addition to the Valor, another helo mock-up, the Sikorsky-Boeing SB-1 Defiant, is expected to flex its muscles and show further airlift capabilities next month at Sikorsky’s facility in West Palm Beach, Florida.

As far as competing companies, “they’re addressing the issues of specific characteristics that we’re looking for, whether it’s power or speed,” Secretary of the Army Ryan McCarthy said at the event.

The demo was part of the Joint Multi-Role Technology Demonstration, where Bell, along with the duo of Sikorsky and Boeing, have respectively put together aircraft to provide data.

Whichever aircraft is eventually favored, the Future Long-Range Assault Aircraft will be required to have speed and power, as mentioned by McCarthy, as well as blending airplane-like speeds with helicopter-like maneuverability.

Until then, McCarthy said, “we’re going to fly it before we buy it. We’re not going to buy a billion-dollar PowerPoint slide.”

Once selected, the aircraft will need to maintain 100% maximum continuous power, medical evacuation capabilities and per guidelines, have the ability to perform a 500-foot per minute vertical rate of climb.

Other advancements Soldiers can count on, according to officials, is the wherewithal to soar at 6,000 feet in 95-degree heat, with up to 12 passengers and for roughly 1,725 nautical miles one-way without refueling.

“The Army aviation’s vision necessitates next-generation vertical lift capabilities that can deter, fight and win as part of the joint force, in increasingly dangerous and complex environments,” Army officials said in a news release.

Overall, velocity is another precondition, as the FLAA has been tasked to clock with an objective cruise speed of 280 knots or roughly 320 mph.

“FLRAA will have increased speed, range and survivability to overmatch enemy forces in contested and ever-changing environments,” Army officials said, adding the Army’s combat aviation brigades will field this capability in fiscal 2030.

Although not an official FLRAA submission, the Valor or a similar design, is likely to be submitted by Bell.

Demoed last week, the Valor is a vertical-lift helicopter fresh off a successful autonomous test flight in December at the company’s Arlington research center.

That flight was also the two-year anniversary of its first flight. Since its initial takeoff, the Valor has logged more than 160 flight hours in the air.

In the most recent demo, the Valor flew at speeds around 200 knots or 230 mph. It also showcased various vertical takeoff and landing abilities that make it runway independent, as well as demonstrations of the power that the aircraft is capable of getting rapid ingress and egress from an objective area. Finally, it demonstrated a number of engineering-based maneuvers and digital flight controls that make the aircraft exceptionally agile.

The demonstrations were intended to show military leaders how optionally-manned capabilities are within the realm of possibilities, Paul Wilson, a chief engineer for the project, said.

The next demonstration, slated for Feb. 20 at Sikorsky Aircraft Corporation, is for the SB-1 Defiant, a compound helicopter with coaxial rotors.

In addition to developing and fielding the FLRAA, a new Future Attack Reconnaissance Aircraft, is lined up to succeed the AH-64 Apache.

“For readiness and modernization, we will be staying the course,” McCarthy said. “The U.S. Army usually plays an away game (in battle).”

“The technological margin is what we need when playing an away game in somebody else’s neighborhood,” he added.