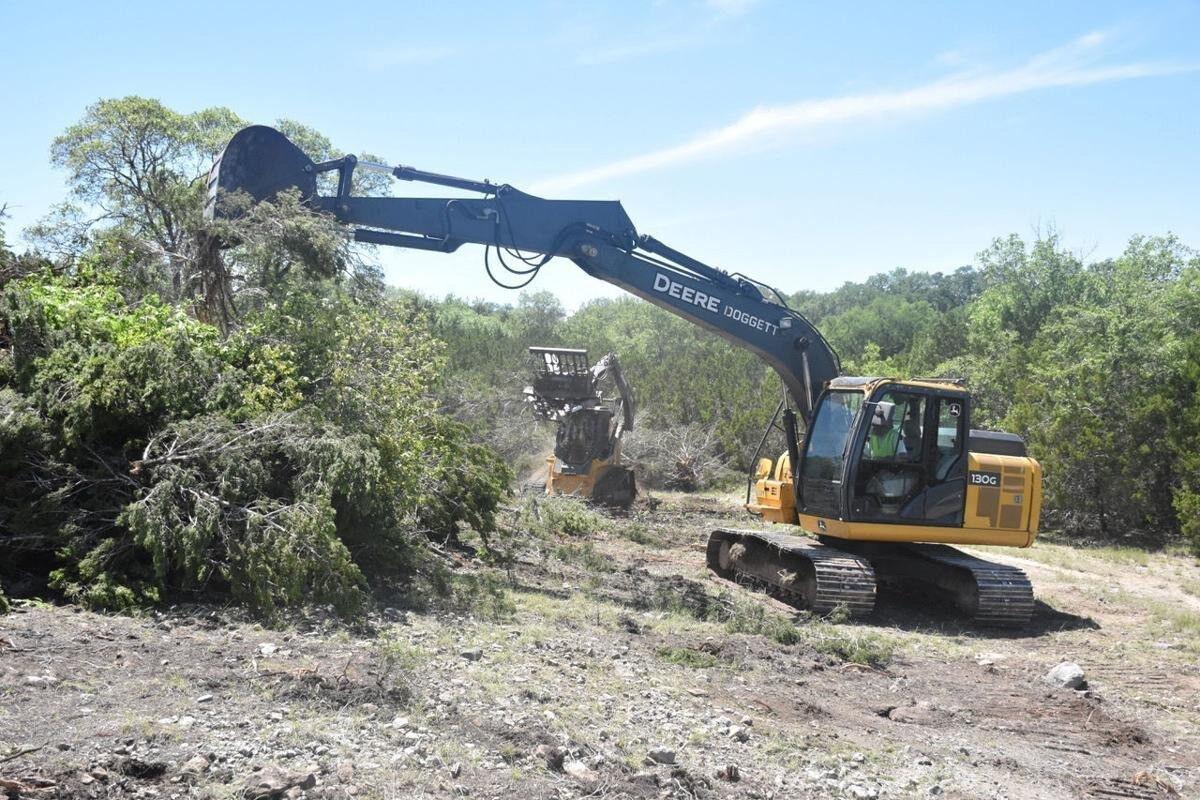 Juniper and mesquite trees are stacked in a training area at Fort Hood as part of an initiative to enhance maneuverability and visibility while also creating fire breaks in the event of wild fires. 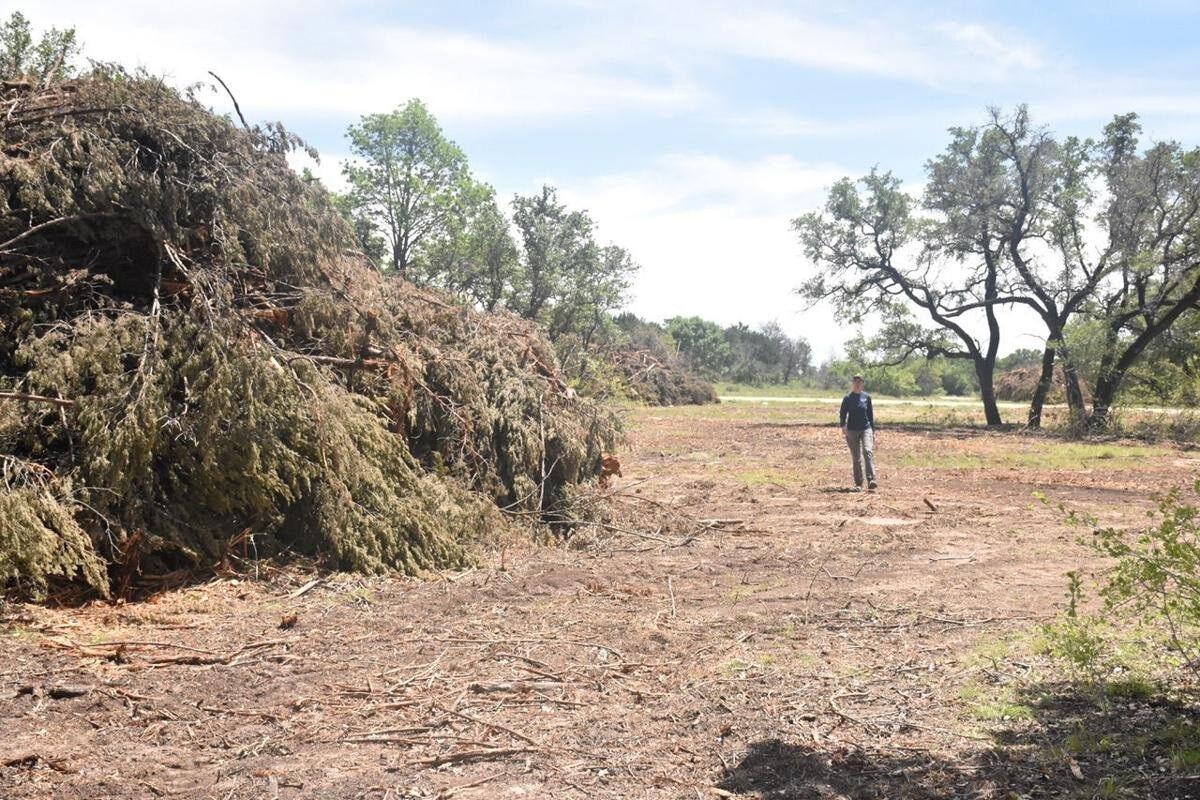 Marion Noble walks past a huge pile of vegetation removed from a maneuver range on Fort Hood’s west side in May. 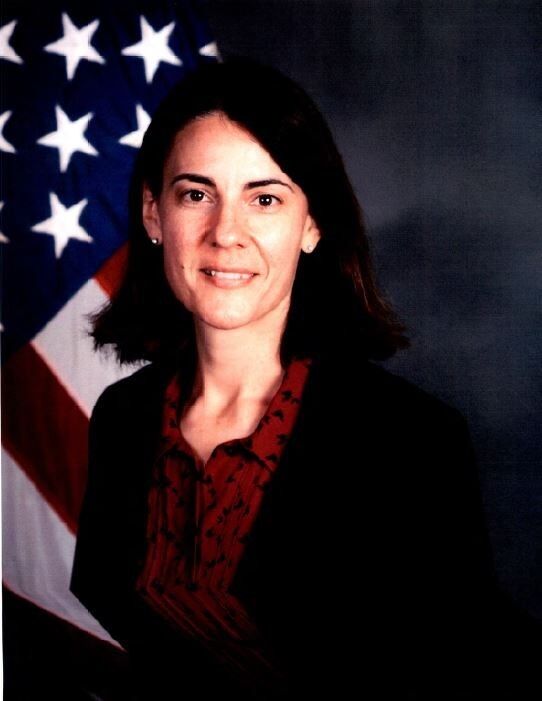 Juniper and mesquite trees are stacked in a training area at Fort Hood as part of an initiative to enhance maneuverability and visibility while also creating fire breaks in the event of wild fires.

Marion Noble walks past a huge pile of vegetation removed from a maneuver range on Fort Hood’s west side in May.

SAN ANTONIO — As a child growing up in Monaco on the banks of the Mediterranean Sea, Marion Noble developed a love for the environment that not only led to her career path, but also brought her recognition as one of the U.S. Army’s top employees.

Noble was one of 10 Army Materiel Command employees named earlier this month as a 2020 Dellamonica Award winner. She is program coordinator in Integrated Training Area Management, Directorate of Plans, Training, Mobilization and Security Range Operations at Fort Hood, part of the U.S. Army Installation Management Command.

“I just knew, growing up, that I wanted to work at taking care of the land,” Noble said. “I practically grew up outdoors. Our family spent a lot of time at the beach and in the mountains. I learned respect for the outdoors and the animals.”

After earning an associate’s degree in park management at a California community college, Noble went on to receive a bachelor’s degree in natural resources management and geographic information

When she arrived in Texas 11 years ago to work in as a geographer in natural resources at Fort Hood, she developed business partnerships across the garrison, as well as outside it, working to improve the availability of training land for Soldiers preparing for combat missions.

The Dellamonica is AMC’s highest performance award given annually in recognition of innovation, leadership and dedication to the mission. It is named in honor of Louis Dellamonica, a general engineer whose career at Hawthorne Army Depot, Nevada, spanned 65 years.

The award specifically praised Noble’s work for making significant improvements to provide an increased training area for Soldier combat training at Fort Hood while safe-guarding its natural resources through best management practices, and adherence to environmental policies and laws.

“Sustainable resource management within the Army involves maintaining and developing training lands and supporting them into the future,” Noble said.

Hood is located at the southern end of the Edwards Plateau, with a mix of ecological regions, including cross timbers, the Texas Hill Country and some riparian areas.

“The biggest challenge was the sheer size of the post – some 218,000 acres now – plus the mixed uses for training, from tracked and wheeled vehicles for heavy maneuvers to trails for light infantry,” she said.

As a result, erosion must be controlled, along with fish and wildlife. Fire management can become an issue, as well as flash flooding, she said.

In 2009, when Noble began working at Fort Hood, the installation was home to two endangered species: the golden-cheeked warbler, which has since come off the endangered list, and the black-capped vireo, which Soldiers are tracking with nest cameras and other techniques.

In her nomination, her supervisors wrote: “Ms. Noble is viewed by peers, subordinates and supervisors not only as an expert in her field but as a consummate team player and team builder. She absolutely excels at building partnerships resulting in reciprocating support, increased effectiveness and efficiency.”