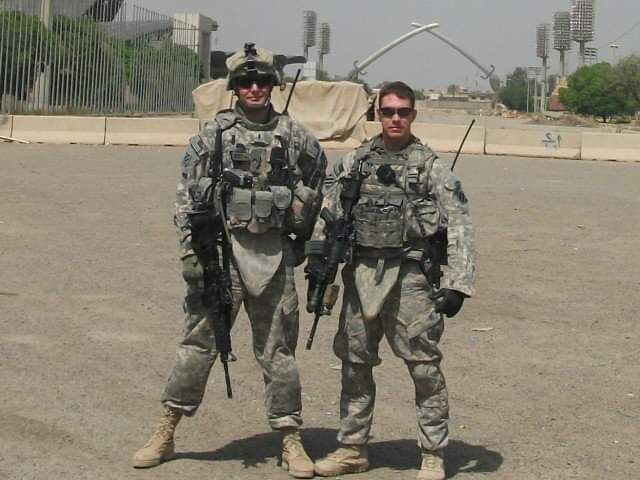 Maj. Shawn Scott poses for a photo while deployment to Iraq in support of Operation Iraqi Freedom. 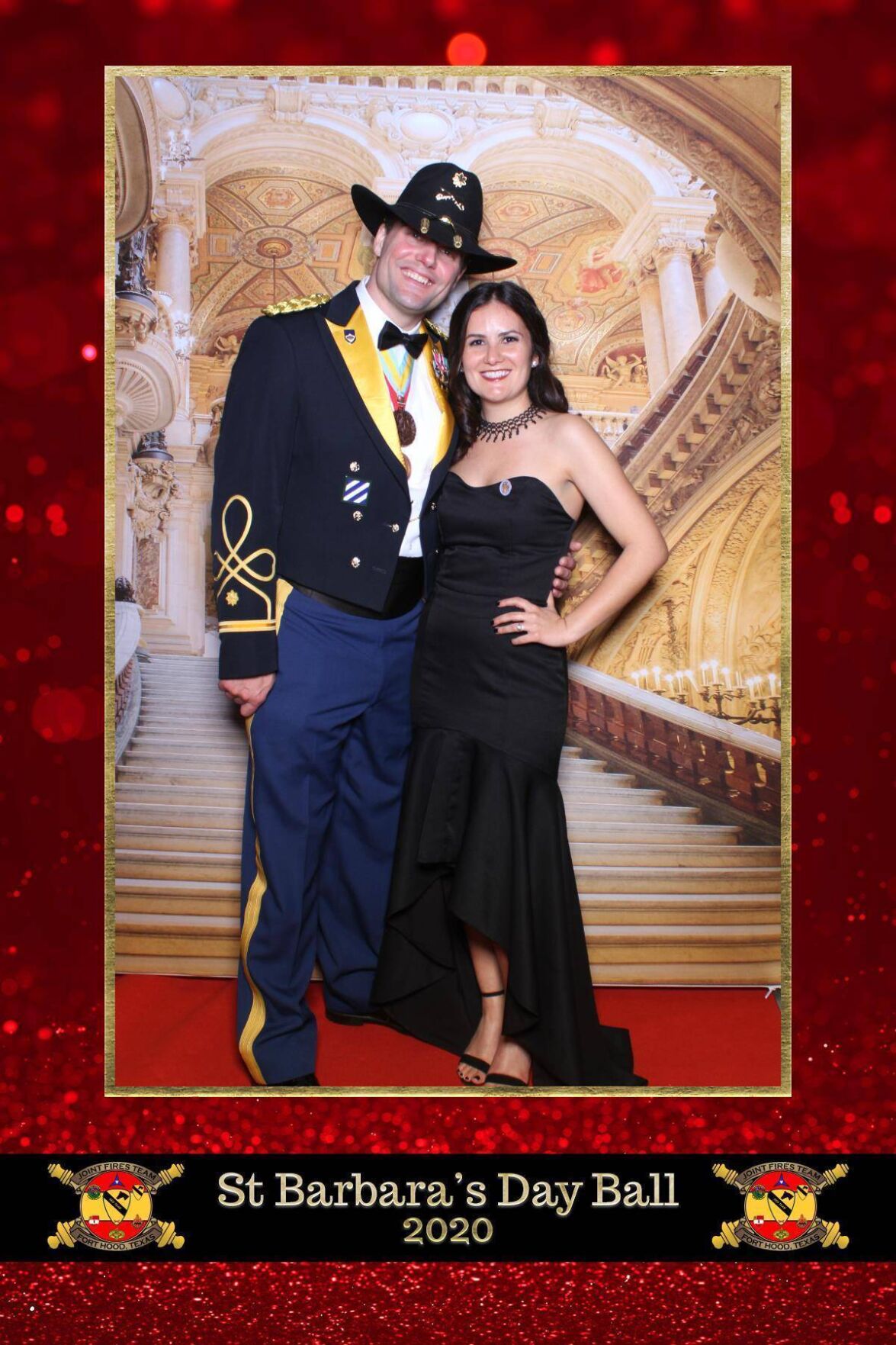 Maj. Shawn Scott and wife Natalie attend St. Barbara’s Day Ball. Both Scott and his wife have a strong desire to be of service, he through his military service and she does so as a teacher.

Maj. Shawn Scott poses for a photo while deployment to Iraq in support of Operation Iraqi Freedom.

Maj. Shawn Scott and wife Natalie attend St. Barbara’s Day Ball. Both Scott and his wife have a strong desire to be of service, he through his military service and she does so as a teacher.

Being of service can mean different things for different people. For some, volunteering on the weekends is their call to action and for others, like Maj. Shawn Scott, the executive officer for 3rd Brigade Combat Team, 1st Cavalry Division, being of service meant joining the Army.

“As a kid I always wanted to be in the military,” Scott said. “My grandfather joined the Army Air Corps and my dad was a Marine during Vietnam. My cousin was also in the Army and told me his stories of serving, which really resonated with me.”

Having a long family history of serving in the military, it came as no surprise when Scott himself decided to join the Army.

“I was a high school senior when all the (9/11) attacks happened and I knew I wanted to enlist,” Scott explained. “But my dad told me that he wanted me to go to college before I enlisted, so I did.”

Scott went to San Diego State and was also enrolled in the school’s ROTC program. He found himself enjoying the experience and quickly learned that the lifestyle suited him.

“I really enjoyed the responsibility of being a leader,” he said. “I liked being a Soldier overall, but the leadership roles were the ones that I gravitated toward.”

Making up his mind to serve was the easy part, deciding the branch he wanted to serve under was a little more challenging. The choice between becoming a combat engineer, infantryman or armor officer came down to what he saw during his last year in college.

“What set it apart for me was seeing the infantry who had all these cool weapons,” explained Scott. “Then you had the armor officer out there with his Cav. hat on, these strappy boots and his crewmen uniform. They had the videos of the tanks shooting and it was even better than what my cousin had described to me.”

Seeing the “Cav. hat” stuck with him throughout his career and later he would see the patch and knew he wanted to be a part of that unit.

“When I was in Iraq, we relieved a 1st Cav. unit in Baghdad and those 1st Cav. patches were everywhere,” Scott explained. “I remember thinking the patch was huge and the unit had this whole other level of pride in the patch specifically.”

Scott had ties to 1st Cav. through one of his mentors who served with the unit twice. He told Scott how much he loved 1st Cav. and solidified his desire to serve at Fort Hood under the 1st Cavalry Division.

“I was dead set on coming to the 1st Cav.,” Scott said. “I realized while working here that this was the go-to division for everything. If you’re going to send somebody to do something important, then it’s going to be 1st Cav.”

Being the “go-to” for missions and having the responsibility of those successful missions is something Scott has equated to his call to serve others.

“My wife is a teacher so she’s also compelled to serve,” Scott explained. “While her call to service is to the kids, mine is to my country and the freedoms we all have.”

After 14 years of serving, the Los Angeles, California native feels that this is his calling and what he will continue to do for the long term.

“The Army has afforded me many opportunities to do a lot of unique things,” Scott said. “I definitely want to continue to serve. This is what it’s about.”