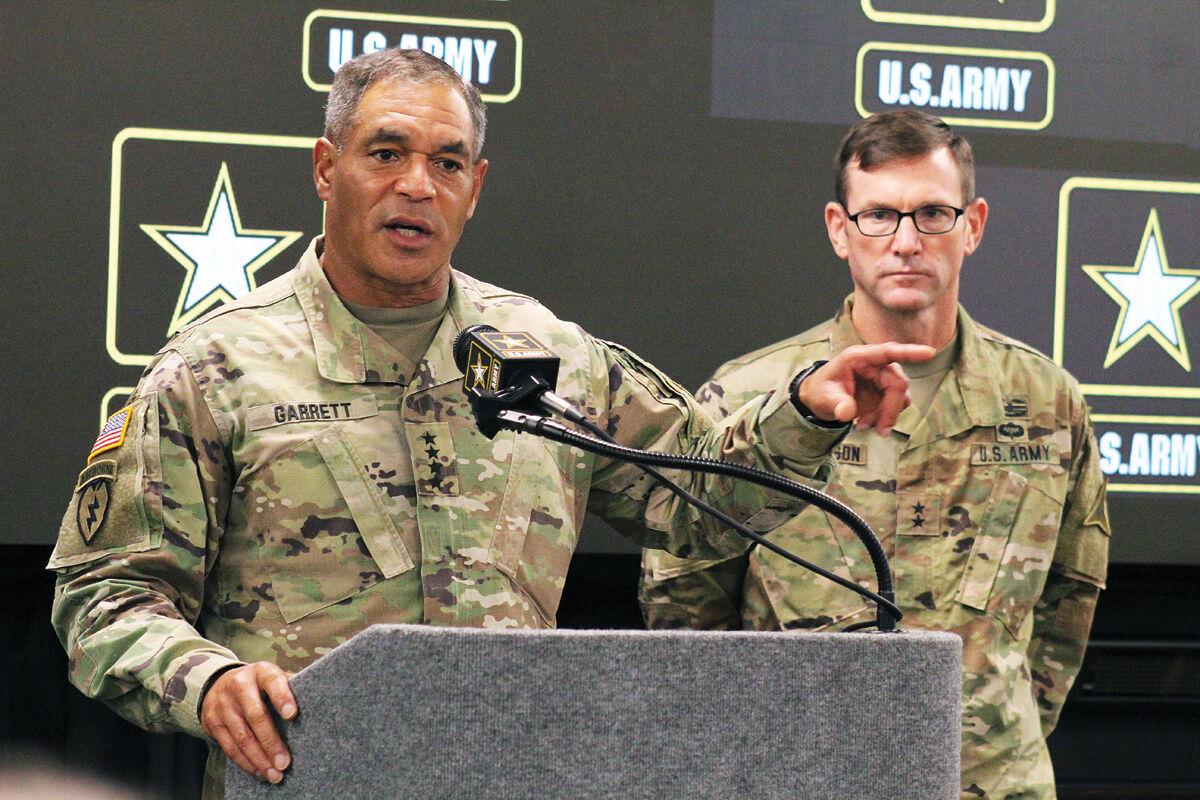 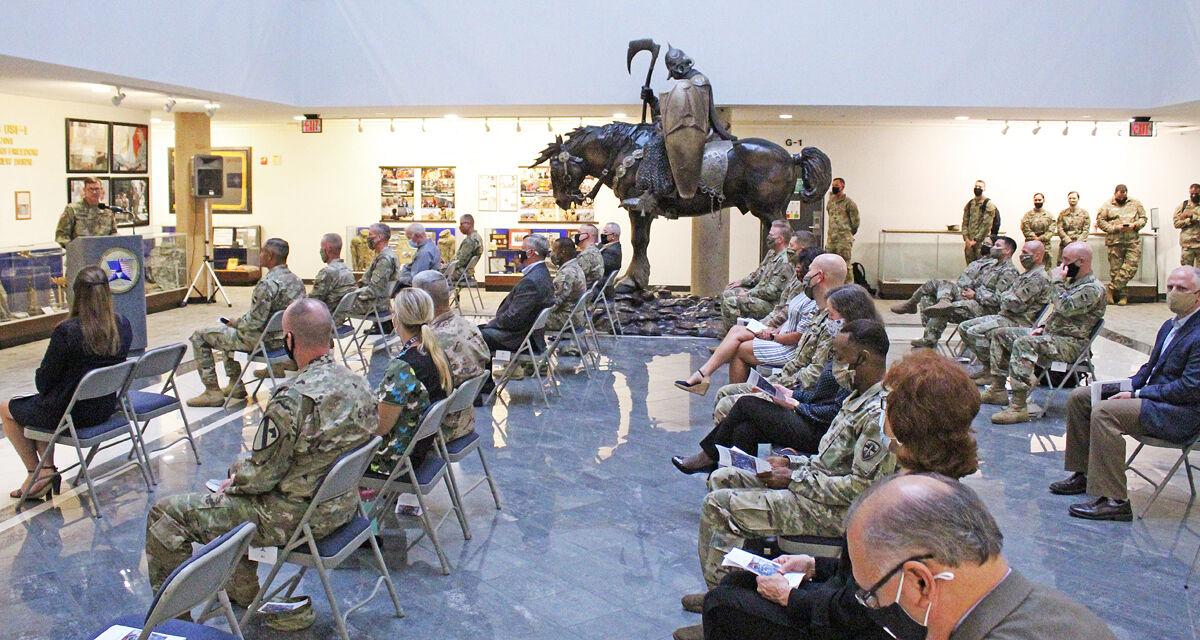 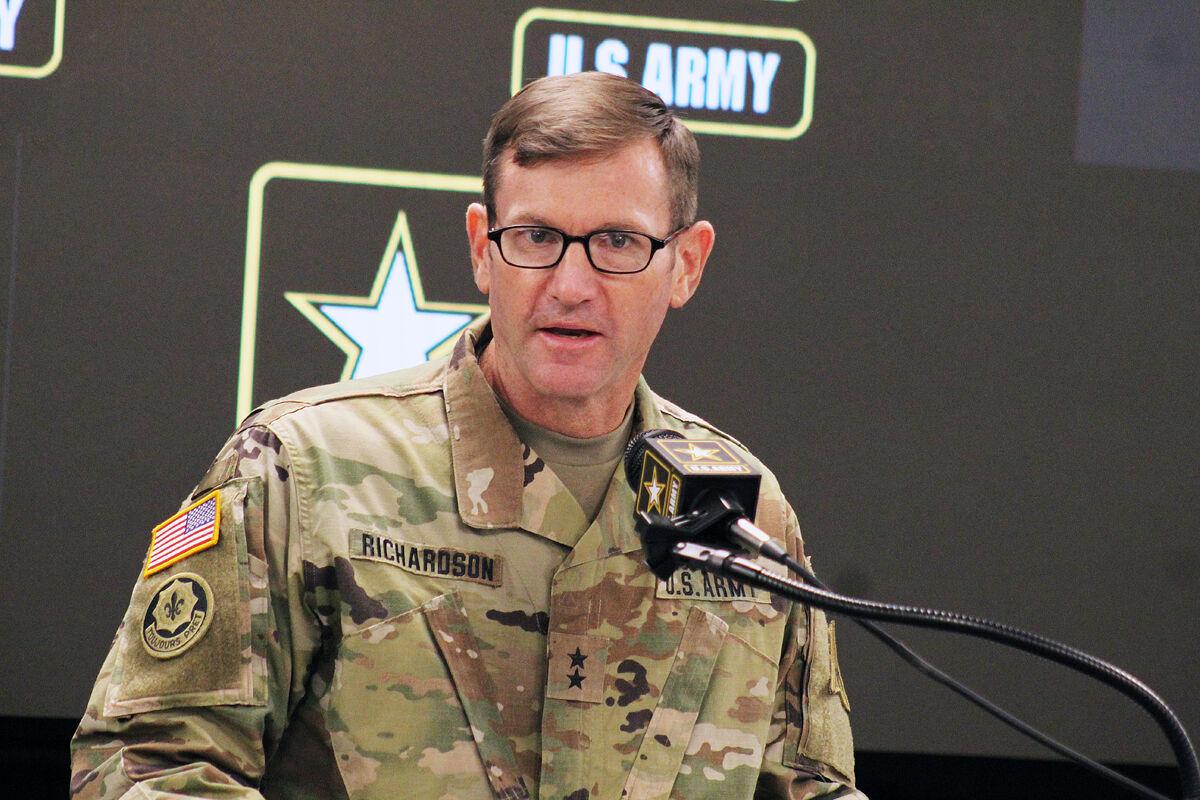 While being welcomed to the Great Place during a Phantom Honor ceremony Sept. 2 at III Corps Headquarters, Maj. Gen. John Richardson IV, deputy commanding general of III Corps and Fort Hood, announced his plan of action as he strives to start anew and improve Army readiness at Fort Hood.

Operation Phantom Action is an initiative to improve readiness by focusing on building cohesive teams. The new deputy commander said he and Command Sgt. Maj. Cliff Burgoyne, senior enlisted advisor of III Corps and Fort Hood, will be meeting with brigade commanders and command sergeants major over the next few weeks to receive their valuable input. Following their meetings, they will be going, unit to unit, to meet with all leaders at platoon-level and above.

“We’re gonna meet with all platoon-level and above leadership in all the battalions to lay out expectations of what we mean by engaged leadership and building cohesive teams,” Richardson explained. “I’m gonna role model for them what I expect them to do, and create a chain reaction here, which really will be the reset.”

Part of the rollout of Operation Phantom Action will include a five-day stand-up focused on team building at every echelon of leadership. Richardson said they will be clearing training calendars to provide the time for leaders to properly counsel, care for and learn more about their Soldiers.

Garrett said Project Inclusion includes a foundational training day once a month, where schedules are cleared for leaders to take the time to learn more about their Soldiers, learn about the issues they may be facing, both on and off duty, and then be proactive in identifying and implementing solutions.

“We’ve been so busy and we’ve been moving so fast, and there’s so much turbulence inside our organizations that our leaders don’t necessarily know their Soldiers as well as they should,” Garrett said during a press conference following the Phantom Honors ceremony.

While Fort Hood has faced a series of significant incidents this year, Garrett said these events are not unique to Fort Hood, noting that the Army is dealing with the same issues, such as murders, suicides, sexual harassment and assault, racism and extremism being felt across the force.

Garrett said they are currently looking at crime data and statistics, not just on the installations, but also in the surrounding communities, where high crime may play a role in crime on the installations. By addressing the issues head-on, Garrett hopes units look at these actions as a fresh start and not to be defined by the bad things.

Garrett also addressed the rumors about the firing of Maj. Gen. Scott Efflandt. Efflandt had been tasked to take command of the 1st Armored Division at Fort Bliss, and Richardson was already set to replace him as the deputy commander, but due to the ongoing investigations at Fort Hood, Efflandt was asked to remain at Fort Hood as the deputy commanding general for support, to help III Corps as they transition back to Fort Hood from their deployment to the Middle East.

“I have not lost, neither has the Army lost, any confidence in Maj. Gen. Scott Efflandt,” Garrett said.

Both Garrett and Richardson said part of the new road ahead will be about building trust within the ranks, but realize it will take time to achieve results.

“Really what it comes down to is trust. Teach young leaders how to ask those hard, difficult questions. Have those conversations that are uncomfortable. Those are the ones that then allow relationships to build and you start to understand the other person,” Richardson explained. “Once you understand and can empathize with somebody who may be different from you, you start to build trust. From that trust becomes cohesion. Once you develop a level of cohesion and trust with somebody, you’re going to intervene to protect them. That’s where we want to get in the future.”

Garrett said he has no doubt the Soldiers at Fort Hood will rise to the challenge and become better by trusting their fellow brothers and sisters in uniform.

“Fort Hood is the Great Place and great Soldiers serve here – they always have,” Garrett said. “When we come together and trust one another, we can accomplish anything.”