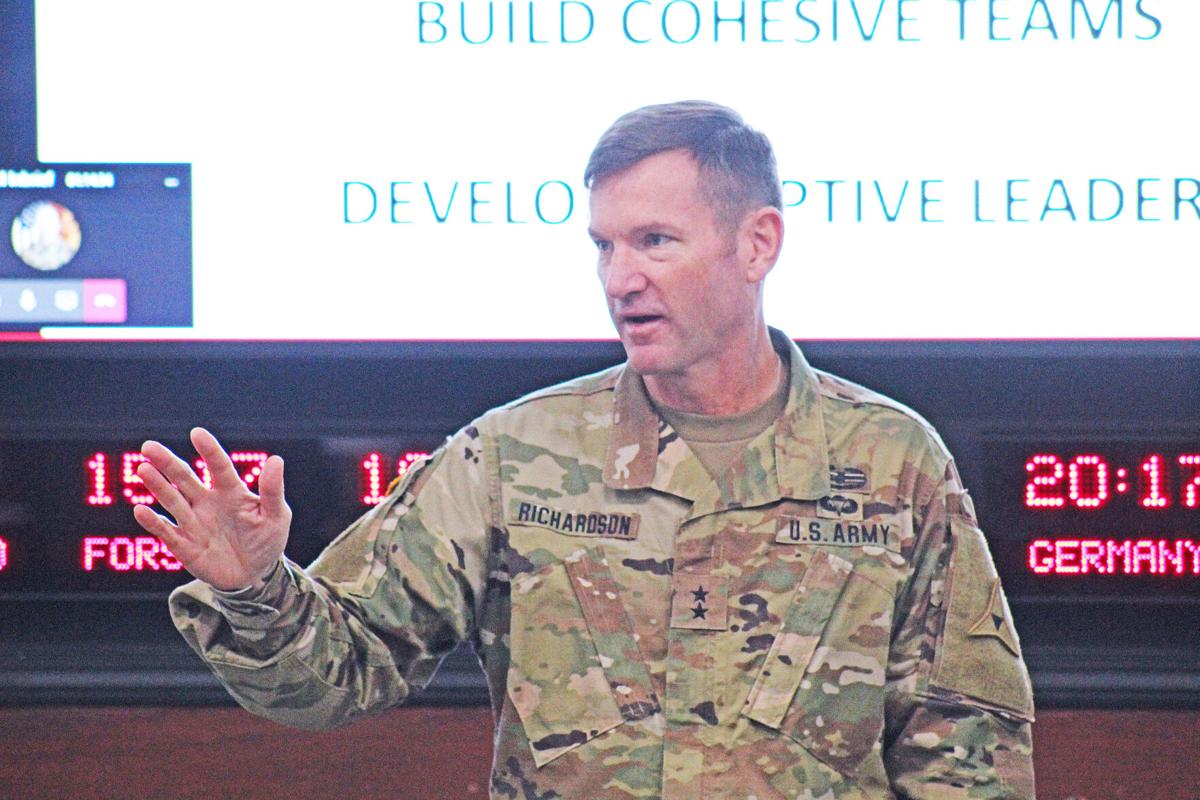 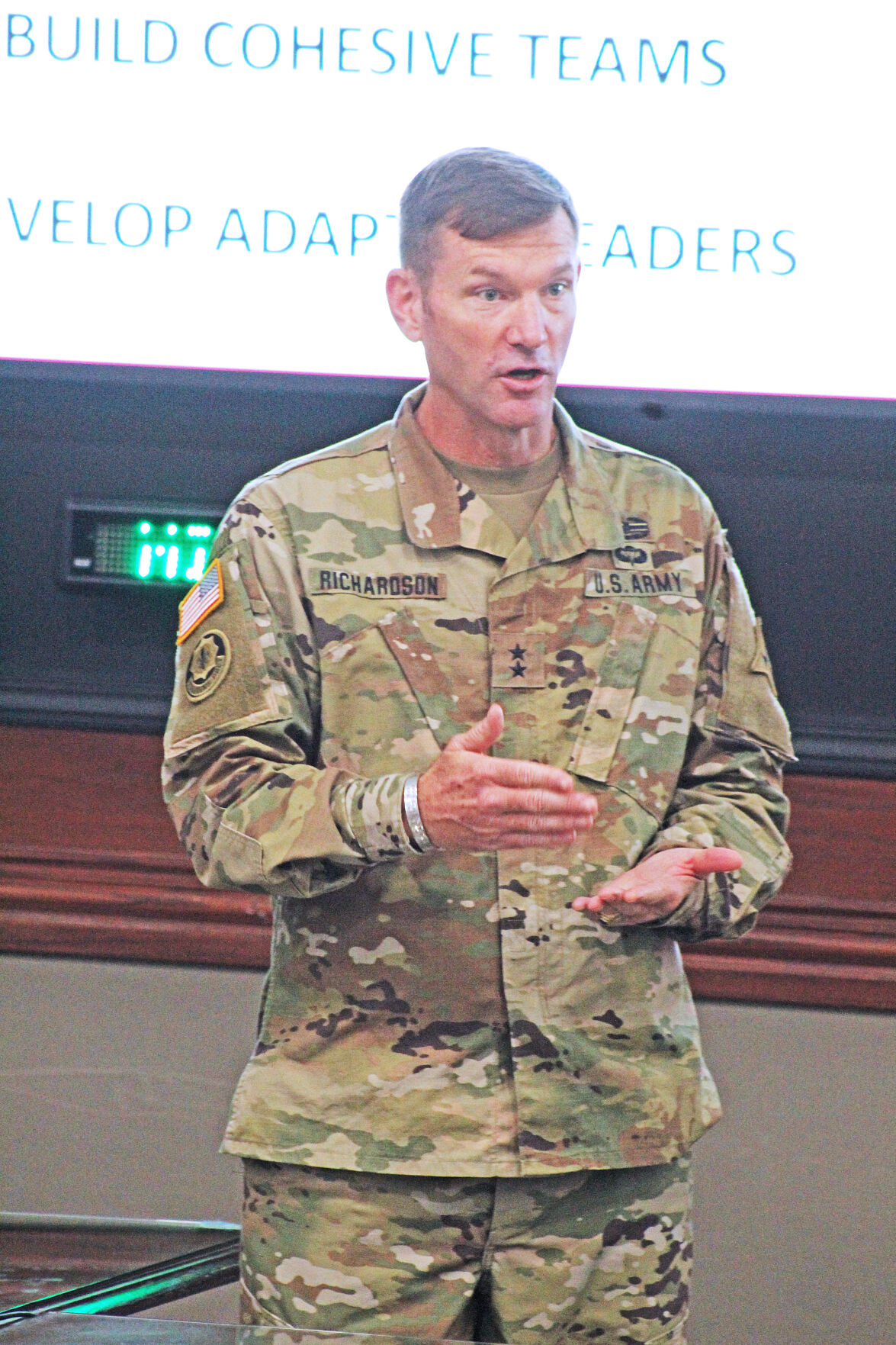 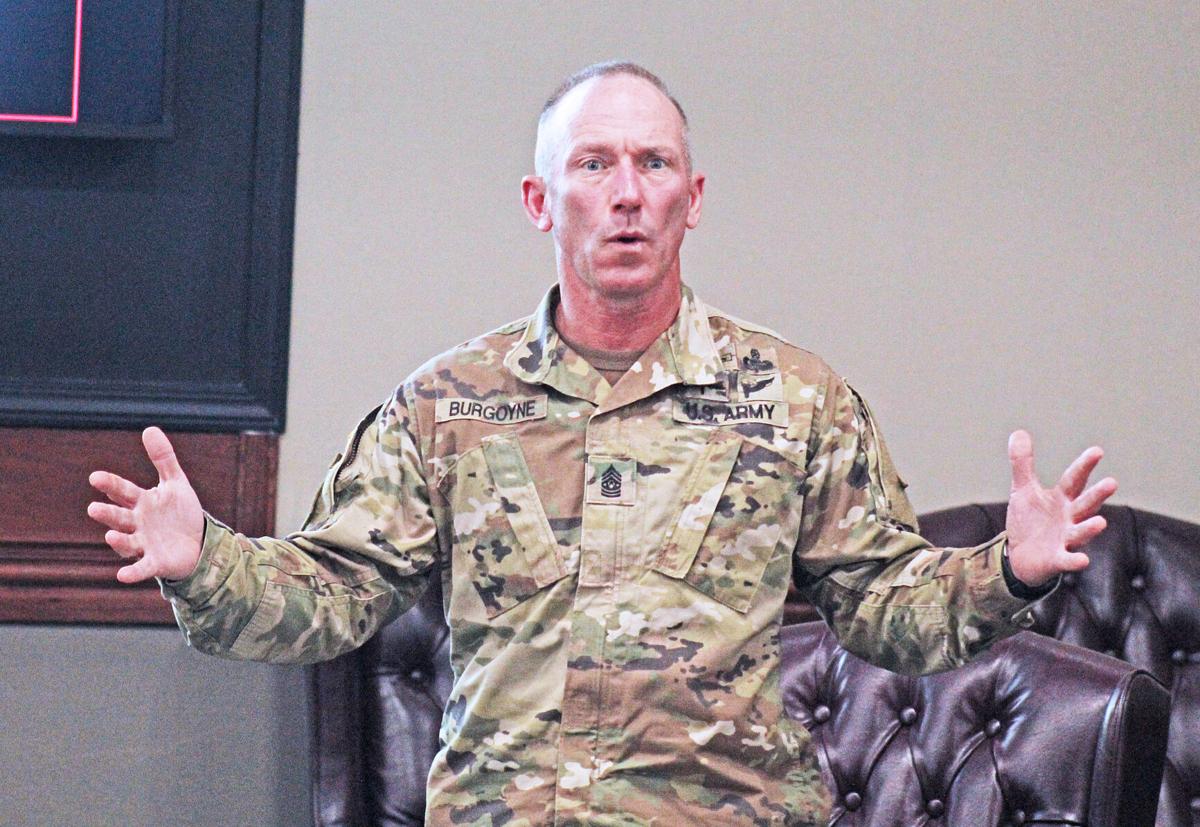 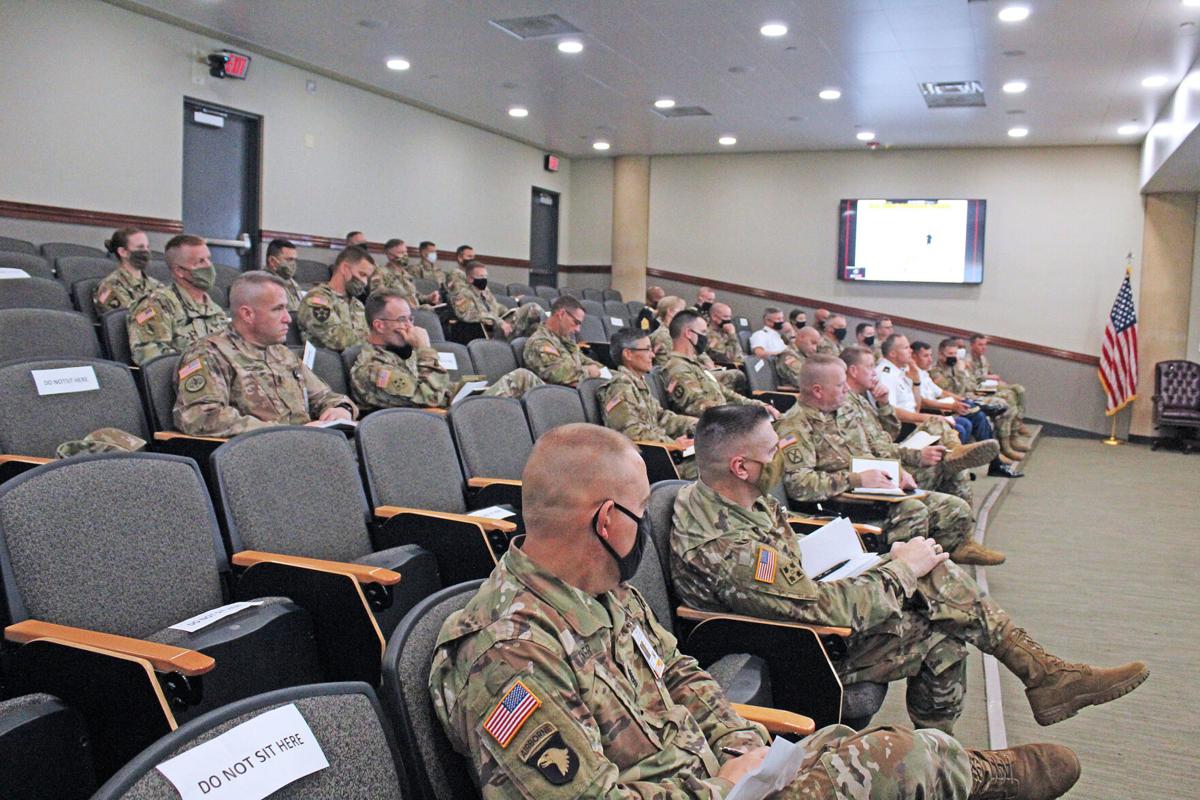 A room full of brigade-level command teams and other senior officials listen as Maj. Gen. John Richardson IV, deputy commander of III Corps and Fort Hood, discusses the way ahead for Operation Phantom Action Friday at III Corps Headquarters. Phantom Action will begin with a five-day training to remind leaders about the fundamentals of leadership.

A room full of brigade-level command teams and other senior officials listen as Maj. Gen. John Richardson IV, deputy commander of III Corps and Fort Hood, discusses the way ahead for Operation Phantom Action Friday at III Corps Headquarters. Phantom Action will begin with a five-day training to remind leaders about the fundamentals of leadership.

Maj. Gen. John Richardson IV, deputy commanding general of III Corps and Fort Hood, listened to the thoughts of brigade command teams throughout the installation Friday about the issues they see within ranks at the brigade level, before explaining his plan for Operation Phantom Action.

“We’ve got to get back to the fundamentals,” Richardson told the command teams at III Corps Headquarters. “Fundamentals on leadership: knowing your people, leaders taking action and not looking the other way, (and) accountability.”

Fort Hood will begin its plan of action in earnest on Sept. 21 with a week of senior leader training and certification, followed by a collective “stand up” for all units beginning Sept. 28. For five days, unit training schedules will be cleared to allow leaders to focus on the three most important things – knowing their Soldiers, taking action and holding people accountable. The deputy commander acknowledged addressing persistent issues in the ranks will be an ongoing process, but stressed the need to dedicate time up front to re-baseline leaders at every echelon.

Richardson said part of his plan is for leaders to take the Army back by putting leadership back into the equation. He said part of that plan will be leading by example to show the junior officers and noncommissioned officers.

In conjunction with the five-day leadership training, Command Sgt. Maj. Cliff Burgoyne Jr., senior enlisted advisor of III Corps and Fort Hood, is in the process of writing a leadership manual with input by command sergeants major and first sergeants across the installation. This ultimate leaders’ book will include the expectation of knowing one’s Soldiers and become a standard not be just for squad or platoon leaders, but for everyone.

“When you’re forced to fill this leaders’ book out, you’ll be forced to get to know your Soldiers,” Richardson explained. “You can’t do one without the other.”

Burgoyne said leaders need to learn how to care for their Soldiers. By finding out more about them, leaders can become proactive instead of reactive. Giving an example, he said leaders who know their Soldiers know if they’re having financial problems. A good leader will not only help them set up an appointment to see a financial readiness specialist, but will be there right alongside them.

Leading by example, Richardson and Burgoyne said they would be out of their offices and down at the unit level over the next few months, showing and telling leaders and Soldiers what they expect from them.

Command Sgt. Maj. Veronica Regalbuti, senior enlisted advisor of the 89th Military Police Bde., said since Richardson and Burgoyne will be out of their offices and down at the unit level, she should also be out of her office and checking on her Soldiers. She admitted she was doing a lot of soul searching during the briefing. She said one thing she always does after work is to replay her day, wondering what she could have done better.

Regalbuti said that this five-day training will be a “refreshing revitalization for the collective group.”