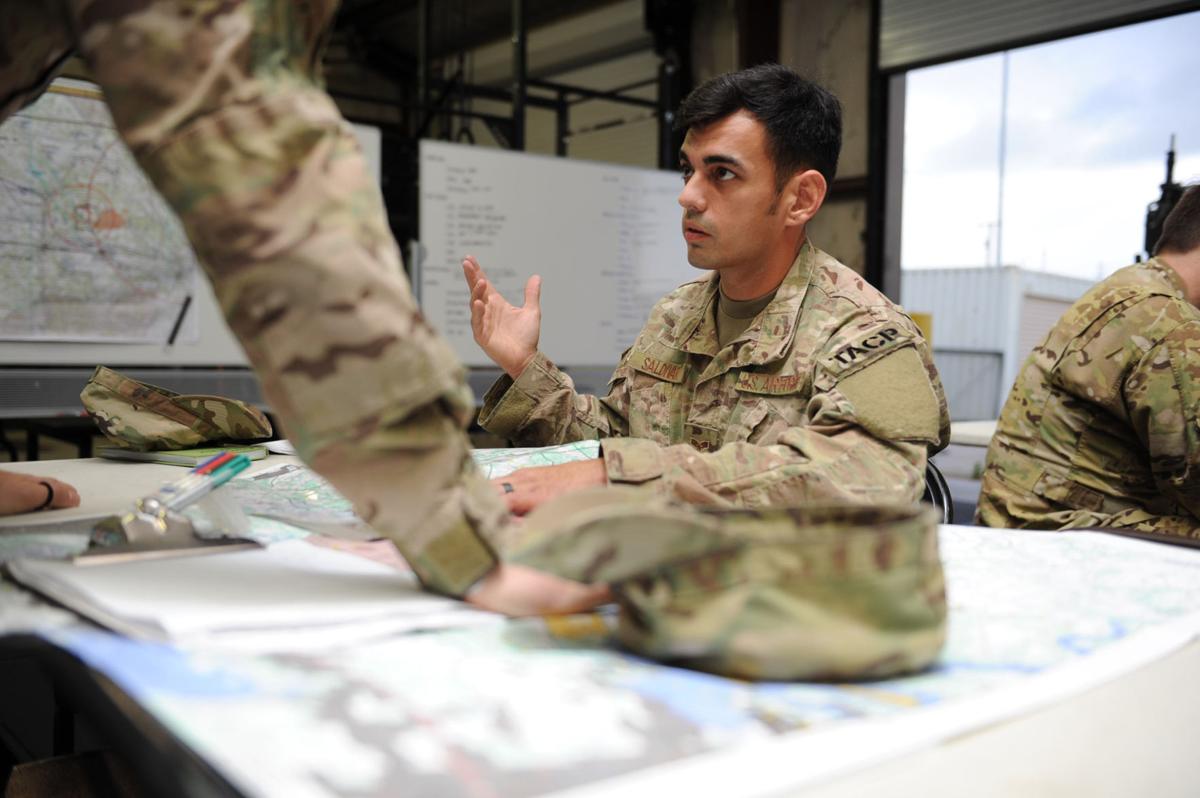 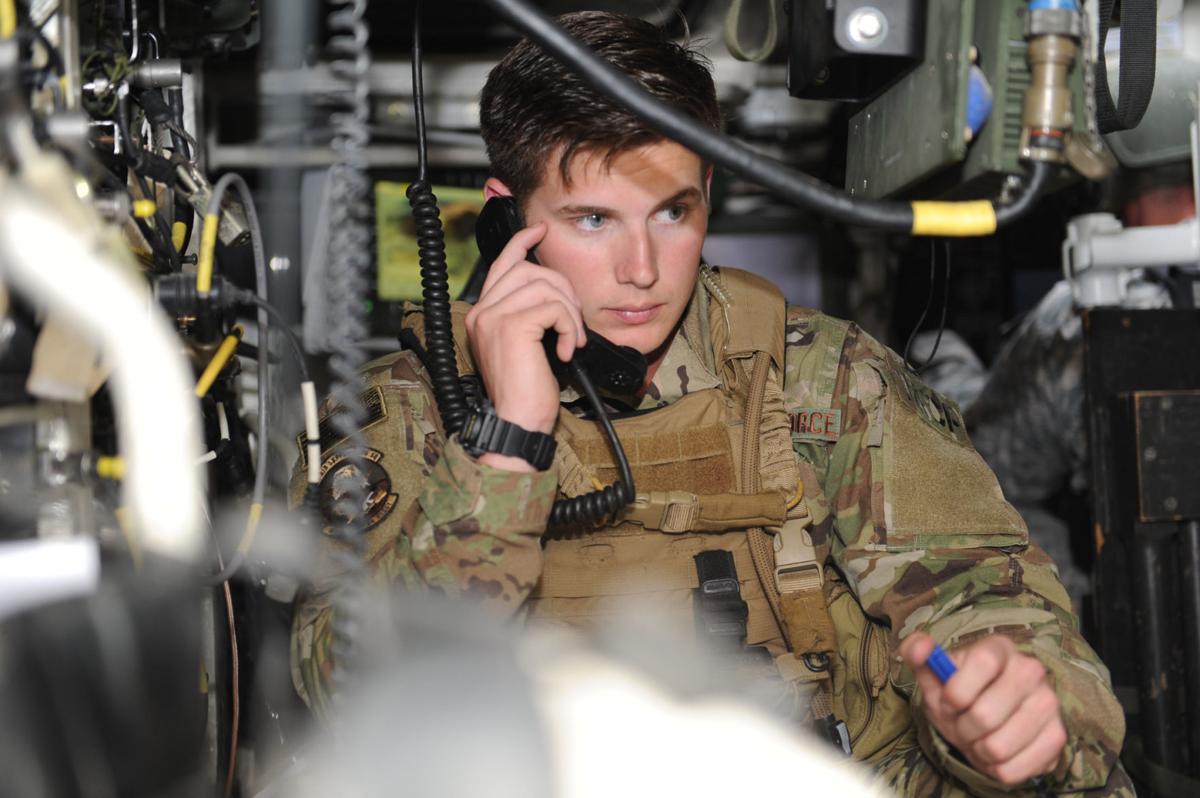 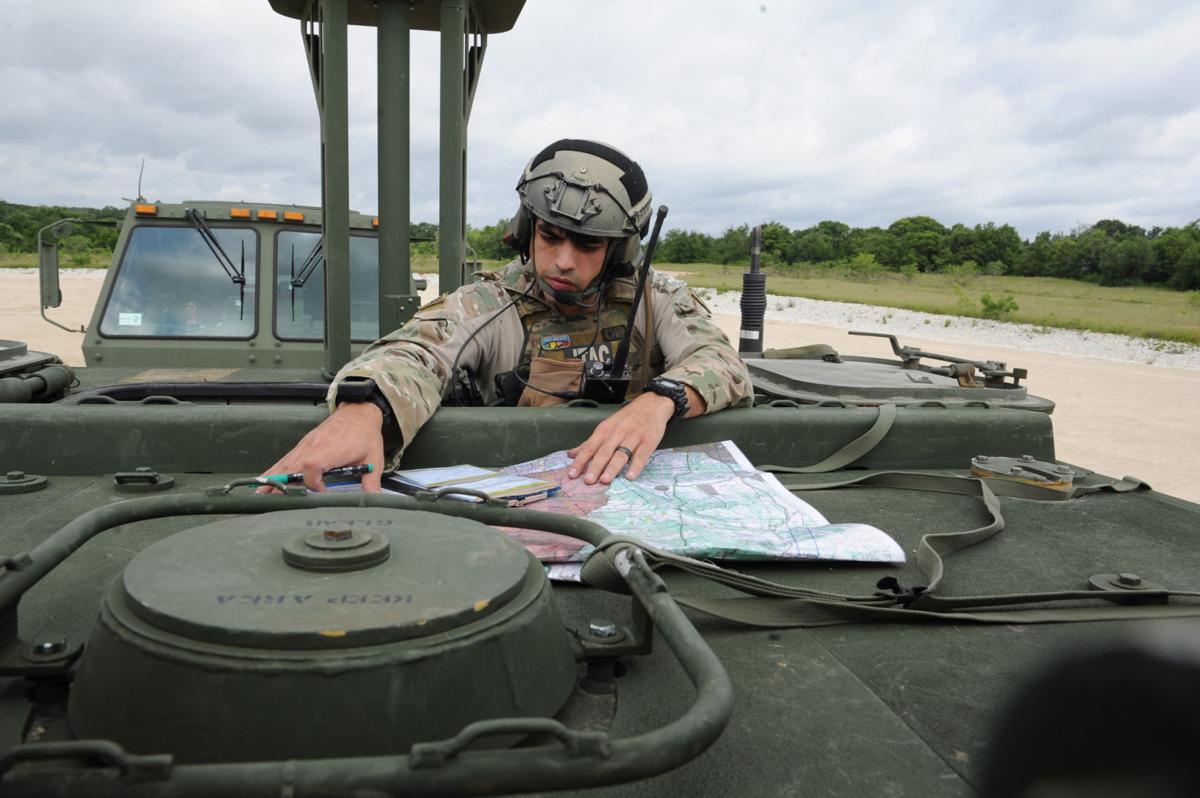 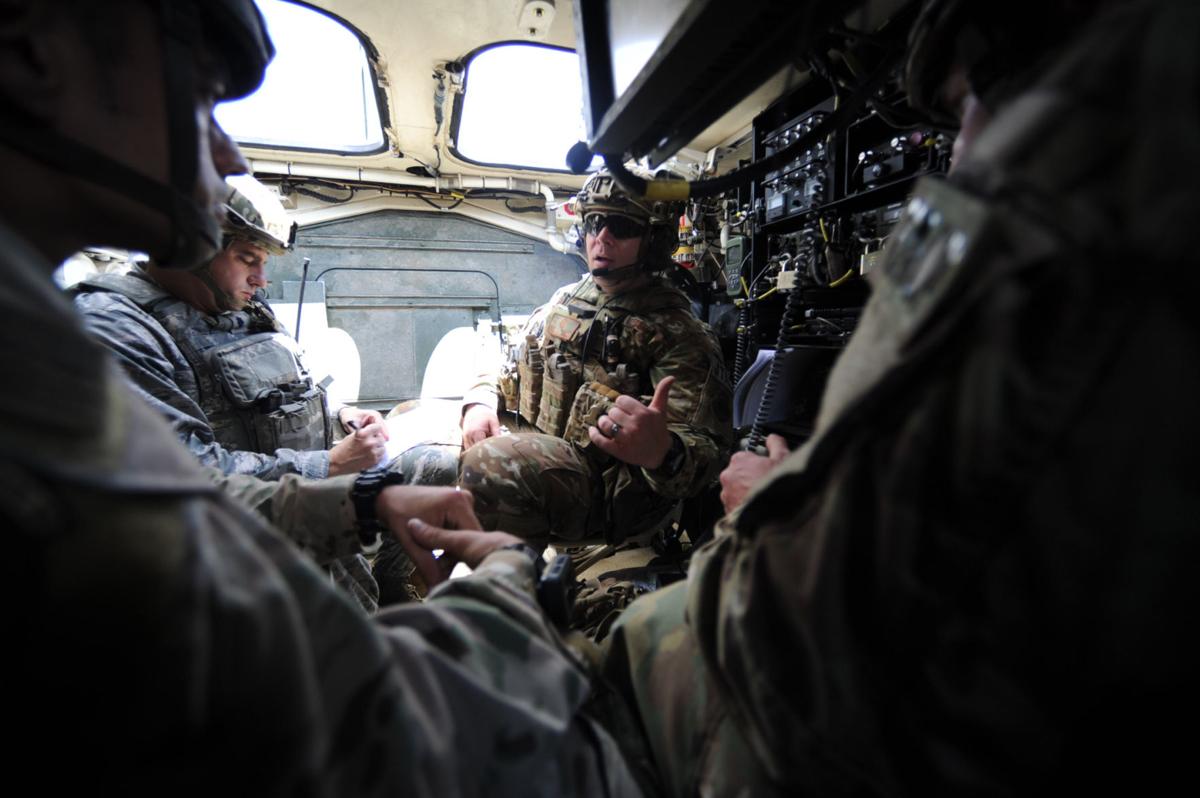 Air Force Staff Sgt. Justin Geiger, a TACP instructor from 10th ASOS, Fort Riley, Kansas, provides feedback in the back of a Stryker to TACP Airmen from Fort Hood May 9.

Air Force Staff Sgt. Justin Geiger, a TACP instructor from 10th ASOS, Fort Riley, Kansas, provides feedback in the back of a Stryker to TACP Airmen from Fort Hood May 9.

A joint fires exercise designed to integrate battlefield Airmen to the Army’s armor fight not only brought sister services together, but also tested the Air Force’s interoperability with allied NATO air support May 9-12.

“This is a unique opportunity for us to synchronize everyone involved,” Air Force Lt. Col. Dane Crawford, 3rd Air Support Operations Group, said. “We want to squeeze as much learning as possible for the Airmen who go out with the Army.”

The training brought together new TACP members from Air Force squadrons from Fort Riley, Kansas; Fort Carson, Colorado; Fort Bliss and Fort Hood, as well as Air Force fixed-wing and Dutch attack helicopter pilots. Split into teams for classroom tactical discussions and both day and night close air support missions, the mission qualification training provided the opportunity for those on the ground who call for airpower to meet face-to-face with the pilots delivering the ordnance.

“This is something that we don’t routinely do,” said Air Force Maj. Matthew Hannon, one of eight T-38 pilots supporting the training from the 435th Fighter Training Squadron, Randolph Air Force Base, San Antonio.

“There’s no better way to learn than a face-to-face briefing,” he said. “You cannot beat looking a (TACP) in the eyes.”

Creating a common operation picture for what is happening on the ground is crucial for TACPs in contact with aircraft. One of the important aspects Phantom Scourge gave junior TACPs was the opportunity to conduct before and after action briefings in a joint environment to Air Force, Army and Dutch team mates. This allowed the integrated team to navigate the communication and terminology barriers that can plague joint operations.

The exercise also afforded TACP teams the ability to train with an integrated Army ground force. The scenario for the training focused close air support assets in a conventional armor-on-armor fight, rather than the counter-insurgency tactics currently used in Iraq and Afghanistan.

“The ground force perspective incorporates a lot of different assets,” Army Capt. Paddy McKenzie, a troop commander from 3rd Cavalry Regiment, said. “Between the (TACP) and the ground maneuver elements, it gives the Air Force a perspective of what a company commander sees.”

For Phillips, working through actual close air support missions in real-time with seasoned Air Force TACP instructors and pilots provided a level of training not found anywhere else.

“We’re really starting to involve the entire team; getting into the nitty-gritty,” he said. “You don’t cheat yourself – you definitely come out to learn more.”