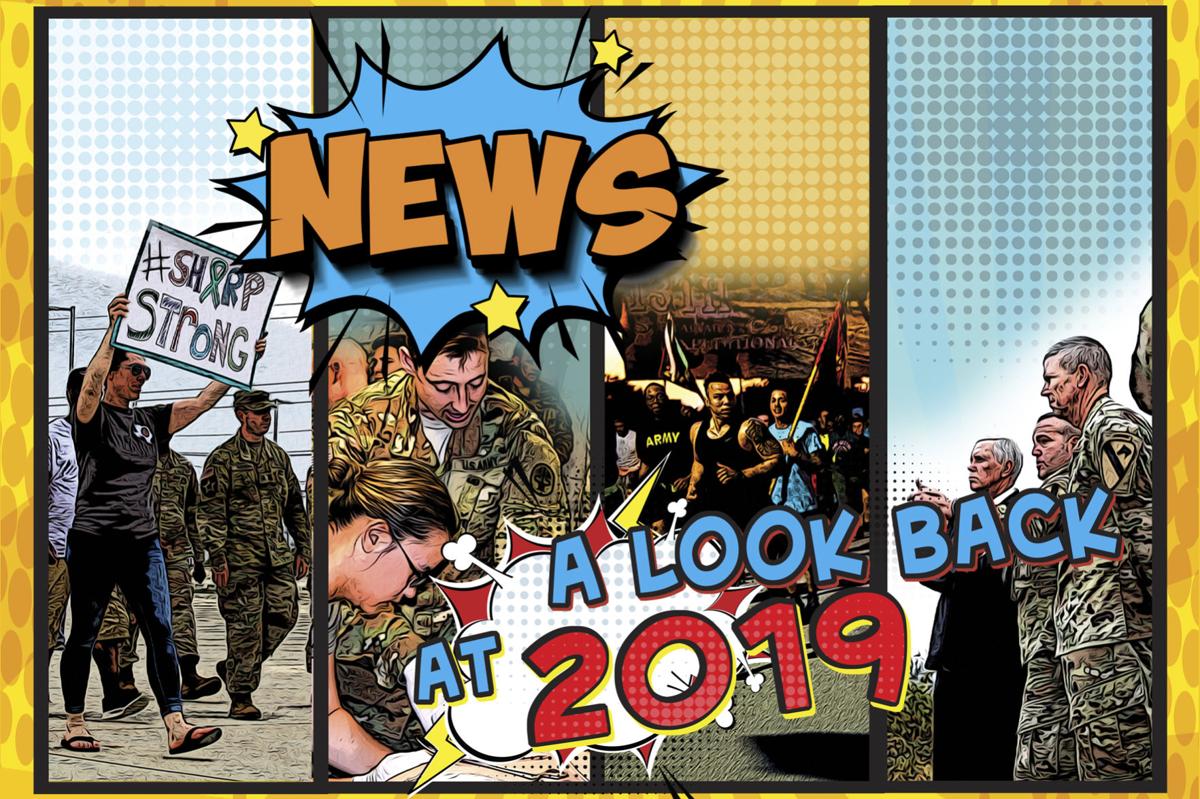 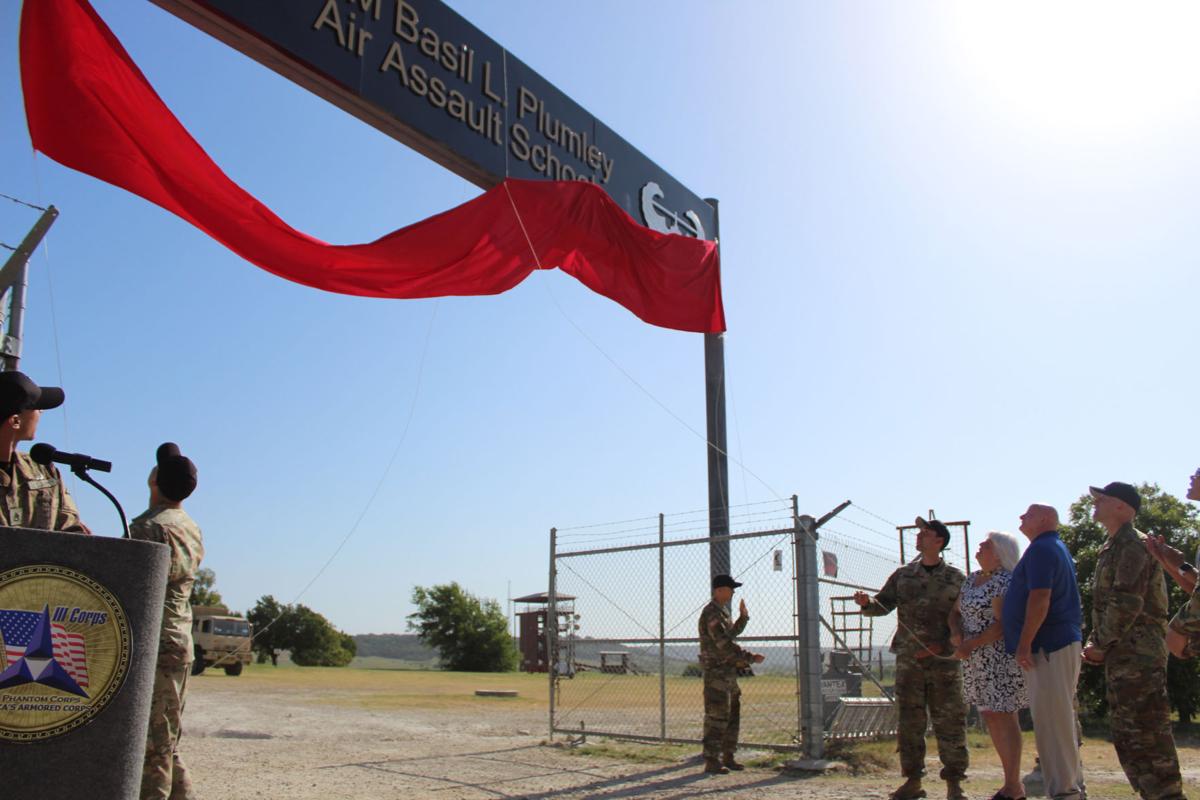 Debbie Funkhouser, daughter of the late Command Sgt. Maj. Basil Plumley, pulls a rope to unveil the air assault school’s new archway Aug. 20, 2019. “I’m so proud and my dad would have been proud too,” Funkhouser said. During his 33-year Army career, Plumley helped test the possibility of air assault operations in combat. 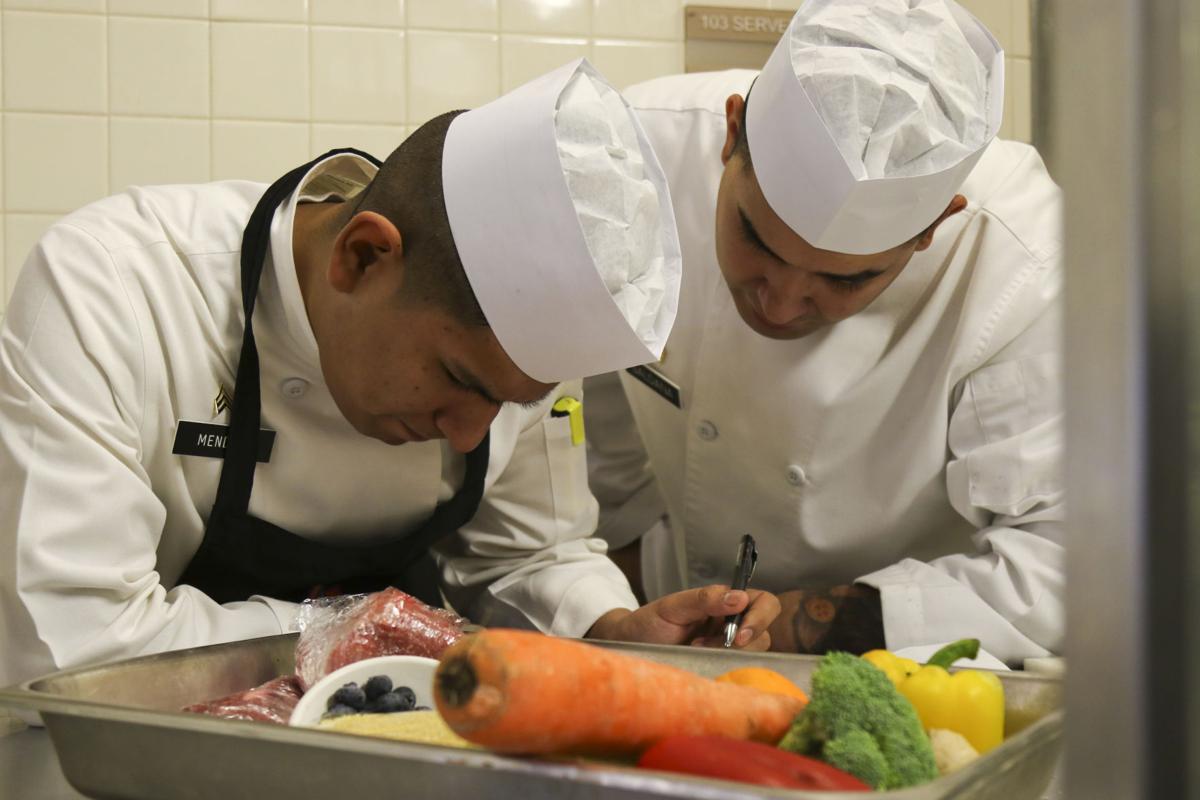 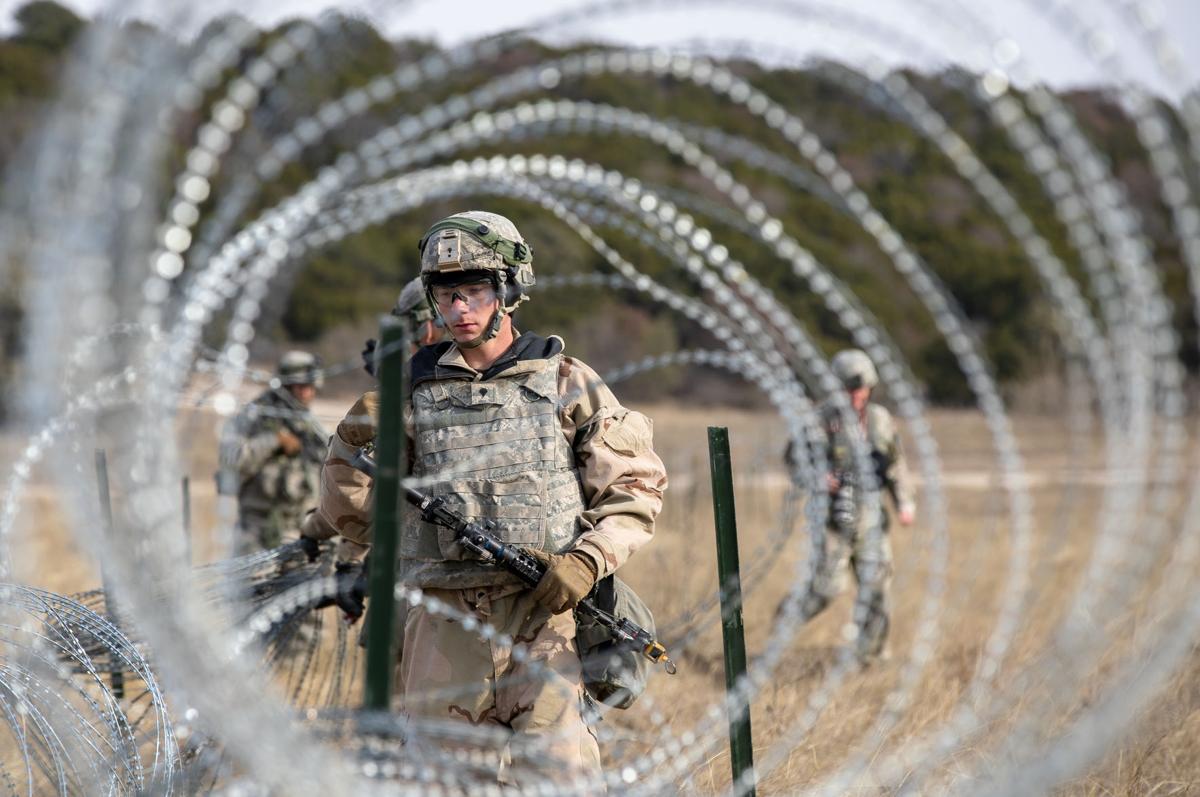 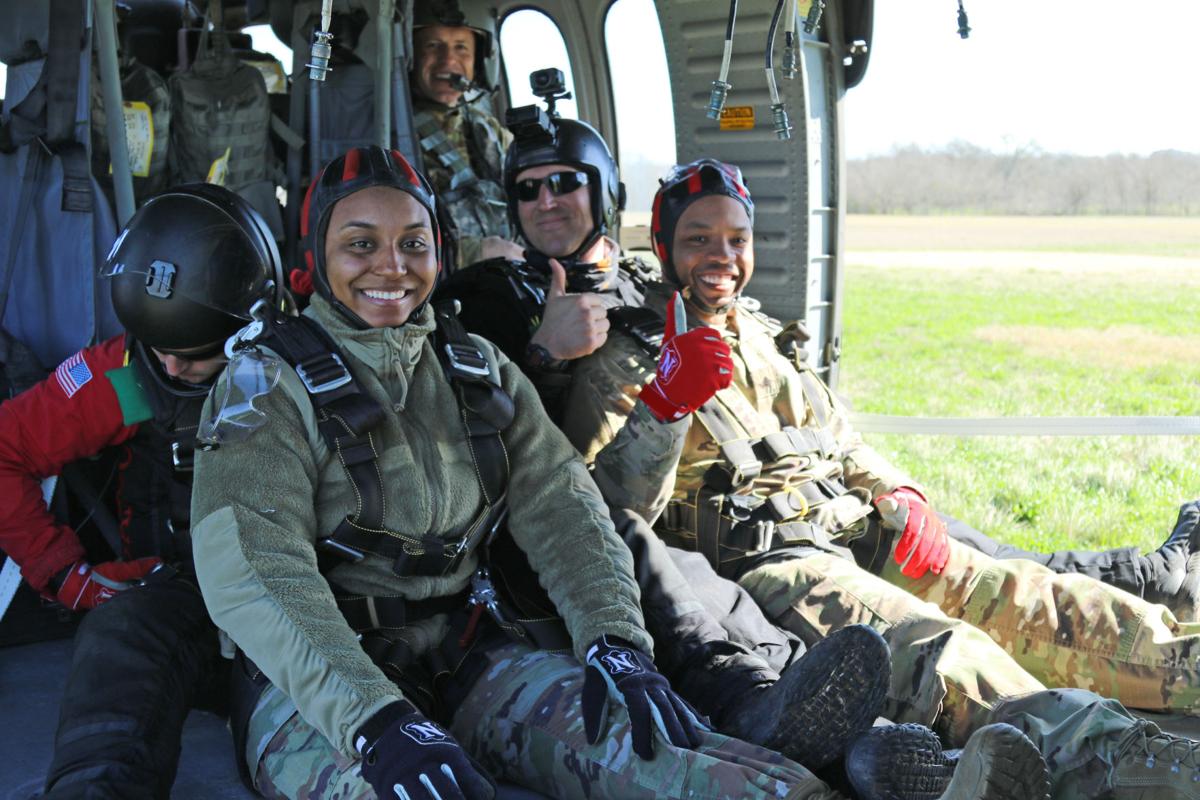 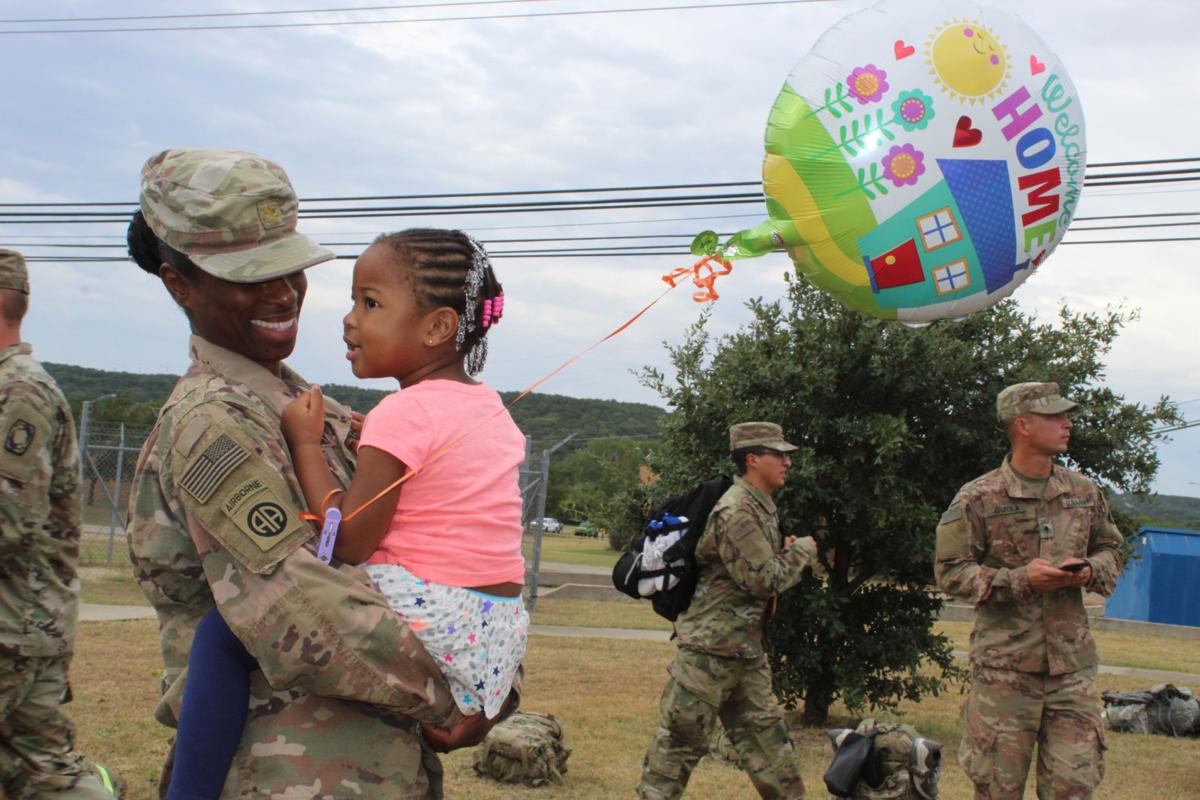 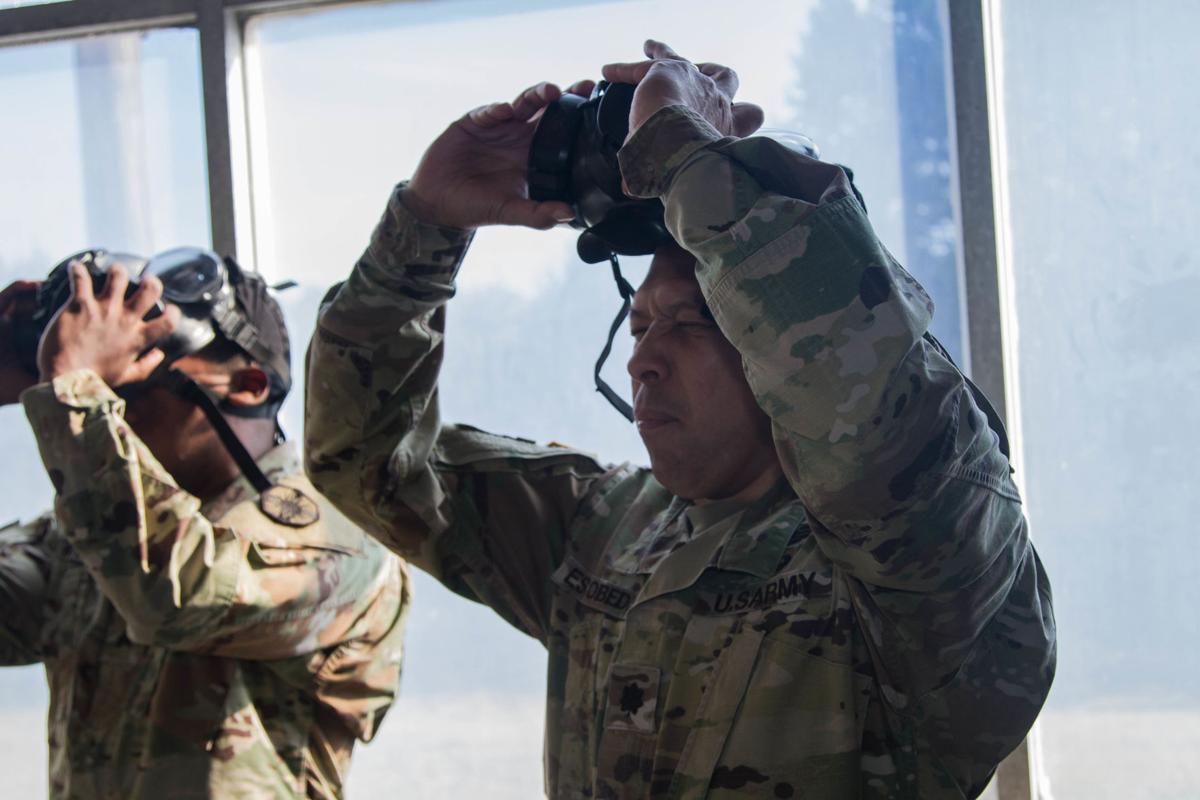 Soldiers from 13th Expeditionary Sustainment Brigade break the seal on their M50 protective masks before resealing them during the CBRN chamber on Jan. 17, 2019.

Debbie Funkhouser, daughter of the late Command Sgt. Maj. Basil Plumley, pulls a rope to unveil the air assault school’s new archway Aug. 20, 2019. “I’m so proud and my dad would have been proud too,” Funkhouser said. During his 33-year Army career, Plumley helped test the possibility of air assault operations in combat.

Soldiers from 13th Expeditionary Sustainment Brigade break the seal on their M50 protective masks before resealing them during the CBRN chamber on Jan. 17, 2019.

Fort Hood saw many new beginnings in 2019, all with one goal in mind – to make the Great Place even greater.

The year kicked off with Command Sgt. Maj. Daniel Hendrex taking over as the new senior enlisted advisor of III Corps and Fort Hood. Hendrex, a 29-year career Soldier who previously served as the Third Infantry Division senior enlisted advisor at Fort Stewart, said his goals were focused on standardization and enforcement. Above all, Hendrex said his job was to ensure the deployability of the troops within III Corps.

III Corps welcomed Lt. Gen. Pat White to the Great Place in June. The new III Corps and Fort Hood commander previously served as the director of operations at U.S. Army European Command in Stuttgart, Germany. He said at the time that he looked forward to leading the Phantom Corps and building relationships with the entire Central Texas community.

“I’ve stood on the shoulders of many and I will continue to allow my shoulders to be stood on. I am committed to giving this corps the leadership it requires and the privilege of taking the reins of this formation,” White said. “I look forward to serving shoulder to shoulder with each of you as we write the next chapter in this Phantom Corps and the Great Place.”

White said III Corps’ primary mission is the enduring defeat of ISIS. He said the terrorist organization remains persistent, so the corps will be providing support for the Iraqi and Syrian forces, who are attempting to keep the insurgency at bay.

“The ceremony is not so much about change, but about continuity and leadership. Despite the leadership changes, the campaign moves on without pause, and that is by design,” explained Marine Gen. Kenneth McKenzie Jr., commander of U.S. Central Command, who presided over the transfer of authority ceremony in Baghdad.

Officials took action after hearing from the Fort Hood community during a command-directed town hall at Howze Auditorium in February. In a Feb. 15 memorandum from the Department of the Army, all Army installations were mandated to monitor military housing conditions. The memorandum was written following a Senate Armed Services Committee hearing Feb. 13 about the living conditions within privatized military housing.

“We’re all on the same team. If you’re sitting in this auditorium, you’re on my team and I’m on your team. Period. We’re all shooting for the same thing here – take care of our Soldiers, civilians and family members,” White said during a town hall in June.

Highlighted among the issues resolved were a published policy by Lendlease Incorporated, the contract operator of Fort Hood Family Housing, on displaced family compensation; installation of keyless deadbolt locks; and allowing five business days for new residents to complete their move-in inspection sheet. Soldiers in pay grades E-5 and below are now assisted in the process by Community Life Noncommissioned Officers.

Among issues still being worked on, Wesbrock said a final post-wide policy on handling mold remediation cases is being coordinated with the CRDAMC and should be completed soon, while replacement window screens have been installed in 680 homes thus far in an ongoing effort to improve safety measures in on-post homes.

Vice President Mike Pence toured the Great Place in October, with a focus on veteran benefits and equipment upgrades.

More than 1,500 Soldiers gave a big, Texas-sized welcome to the vice president, who spoke to the troops inside a hanger on Hood Army Airfield.

Revealing he is the son of a Korean War veteran and proud father of a U.S. Marine Corps aviator, Pence told the troops that they are the best America has to offer, saying he is more grateful for their service than they will ever know. He also took the opportunity to acknowledge the sacrifices made by the families of troops, especially during deployments.

Bldg. 36000, the former Carl R. Darnall Army Medical Center, was reimagined as a place providing consolidated services to Soldiers and their families, a one-stop-shop that would make Fort Hood’s delivery of service more efficient. The Shoemaker Center, named in honor of the late Gen. Robert M. Shoemaker, former III Corps and Fort Hood commander, is a building dedicated to serving others and will carry Shoemaker’s name and legacy.

The Shoemaker Center had been in the renovation process for two years and housed 19 different organizations during its grand opening in January. Some of the larger organizations within the building include Army Community Service and Child & Youth Services.

Tuke Shoemaker, Shoemaker’s wife of nearly 70 years, attended the dedication ceremony, which included the unveiling of the Gen. Robert M. Shoemaker plaque, which sits at the entrance of the building.

A highly-decorated Soldier, Plumley served in three wars over the course of his 33-year Army career. While serving in the 1st Airmobile Division, now called 1st Cavalry Division, the airborne combat infantryman helped create what is now known as air assault.

While Plumley was feared and revered by all who served with him, he became known to a whole new generation of people with the 2002 release of “We Were Soldiers,” a war epic detailing the Battle of la Drang. The film was based on the book “We Were Soldiers Once … and Young,” written by retired Lt. Gen. Hal Moore and war correspondent Joseph Galloway.

The Great Place will welcome home the Phantom Corps this year, as well as several other units who are currently deployed throughout the world. There will be laughter, there will be tears and there will be 366 days of new beginnings.