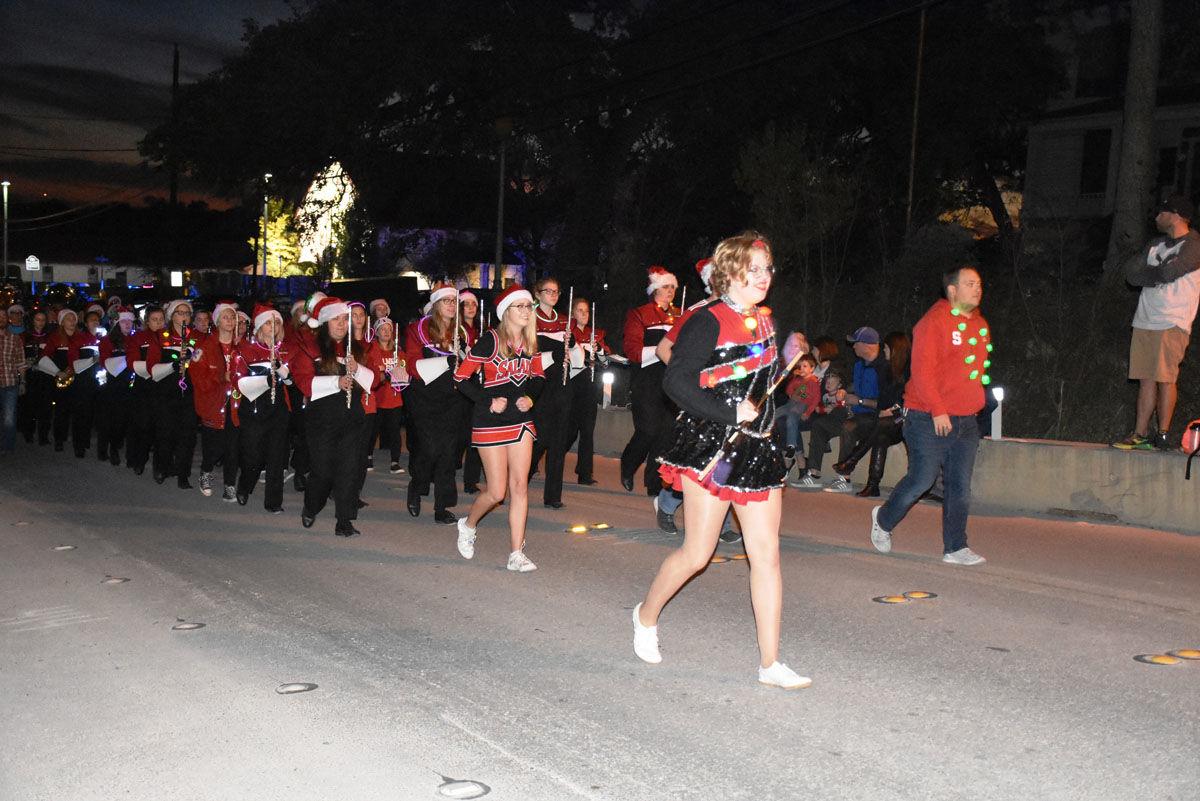 he Salado High School Band bring cheer to the crowd through their music during the Salado Christmas Parade Dec. 5. 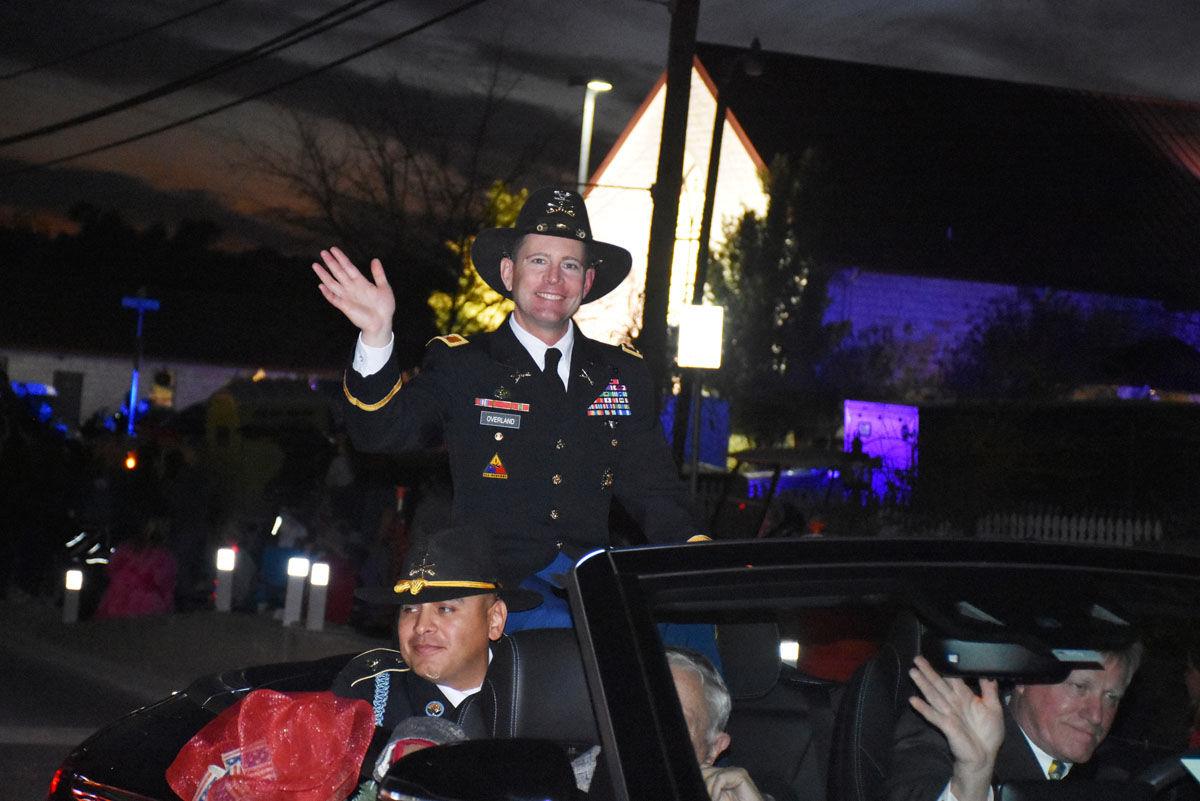 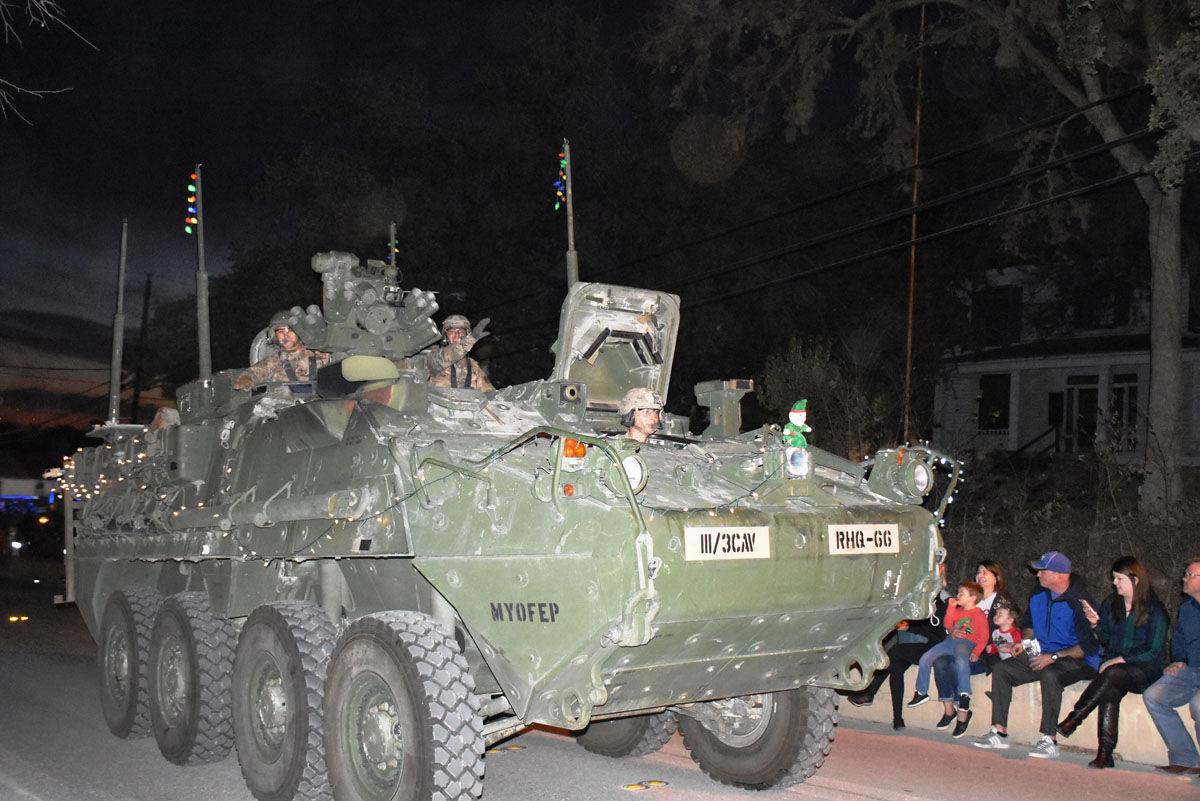 he Salado High School Band bring cheer to the crowd through their music during the Salado Christmas Parade Dec. 5.

SALADO — In the dark of the night, holiday music echoed throughout downtown Salado while twinkling lights brightened the view for hundreds who came to watch the Christmas Parade Dec. 5, which featured troopers from the 3rd Cavalry Regiment.

“We were honored to participate in the Salado holiday parade,”  Overland said. “We had a fantastic time spending the evening with such a great community that is so supportive of our troopers and families.”

More than 70 other entrants participated in the night time Christmas parade, including local schools, church organizations, members of the chamber of commerce and local businesses.

The regiment is the city’s adopted partner unit and the 3rd Cav. Reg. participated as part of the regiment’s community relations program and long standing relationship with the city.

“The Christmas Parade is a time where our little community gathers together to start off the Christmas celebration and where we have an opportunity to invite others to come celebrate our traditions with us,” Deanna Whitson, event coordinator, said.

The level of excitement was high throughout the night with cheers coming from the crowd as parade traveled through Salado’s main shopping district and ended at the civic center building.

“The Salado Christmas Parade was an extraordinary event to be part of,” Pfc. Chanler Devore, the regimental commander’s Stryker driver, said. “It was an honor and privilege to spread the holiday spirit in 3rd CR style.”