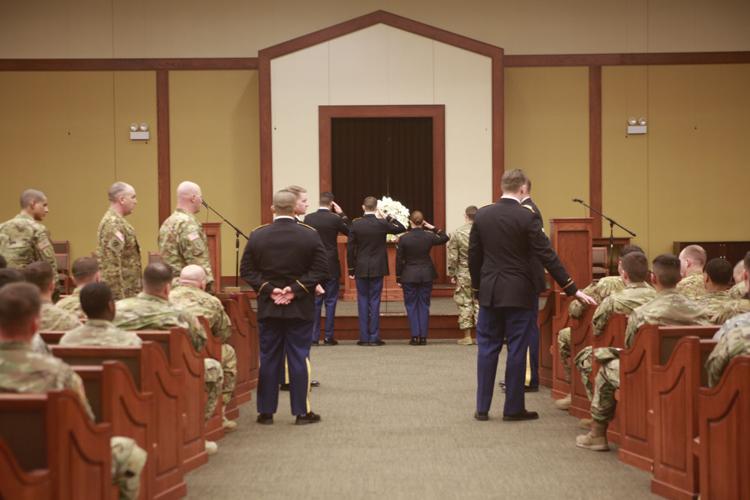 Soldiers from the 15th MI Bn. render a final salute in memory of Sgt. Alex Taylor Jan. 25 at the Spirit of Fort Hood Chapel. Taylor, an aviation operations specialist, passed away Jan. 11. 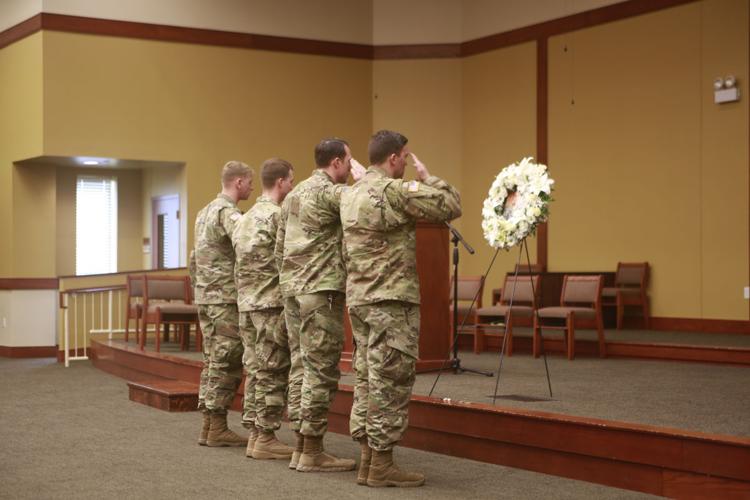 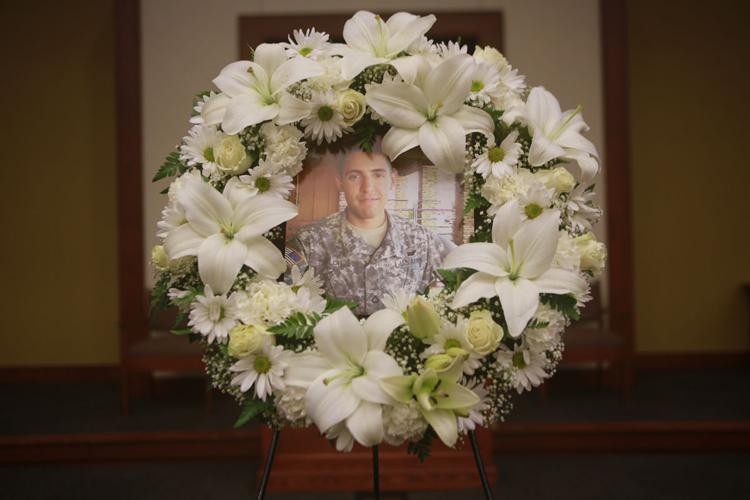 Soldiers from the 15th MI Bn. render a final salute in memory of Sgt. Alex Taylor Jan. 25 at the Spirit of Fort Hood Chapel. Taylor, an aviation operations specialist, passed away Jan. 11.

Nighthawk Soldiers gathered to honor the memory of Sgt. Alex Taylor Jan. 25 at the Spirit of Fort Hood Chapel.

During the memorial service, Taylor was remembered as a hard-working and motivated Soldier, as well as a loving husband, son and friend.

He reminded those in attendance to remember the positive and happy memories of Taylor, who “left an indelible mark on the unit.”

James also urged those in attendance to take care of each other and pay attention and take notice when others are faltering.

Taylor’s leadership and friends recalled examples of not only the young Soldier’s positive impact on the unit, but also his ability to see the good in every person.

When the young Soldier arrived at the 15th MI Bn. last June from Hawaii, the battalion’s flight records were in disarray as the unit has recently transitioned from the Hunter unmanned aerial system to the Gray Eagle.

Taylor not only led the charge to get the records updated and organized, he developed a system of standard operating procedures to ensure the records remained current.

“He was the complete package,” Estrada said.

The captain also spoke with Taylor’s widow, Amanda, for some insight into who Taylor was off-duty.

“He was a tech guy … who also loved the outdoors and camping,” Estrada said, noting that Taylor took up snorkeling while stationed in Hawaii.

Most importantly, Taylor was committed to his Family and friends.

“He put everyone else first,” Estrada said.

Taylor also was one to step up and take accountability at home and at work.

Taylor’s first-line supervisors and friends agreed not only about his strong work ethic, but also about the Soldier’s love for his friends and Family.

His immediate supervisors spoke not only of Taylor’s drive to succeed on duty, but also the potential they saw in the young Soldier.

Sgt. Benjamin Wing said Taylor was always the hardest worker in the room.

Taylor’s former first-line in Hawaii was a friend of Wing’s. Wing recalled a phone call where his friend playfully taunted Wing for taking his “rock star Soldier.”

The first impression Taylor made on his arrival to Fort Hood led the unit to send him to the Noncommissioned Officer Basic Leader Course ahead of schedule.

Not only did Taylor complete the course, he made the Commandant’s List, exceeding even his already high leadership’s expectations.

“When you are the hardest worker in the room, greatness will follow,” Wing said.

“He left an unimaginable impact on everyone who met him,” White said.