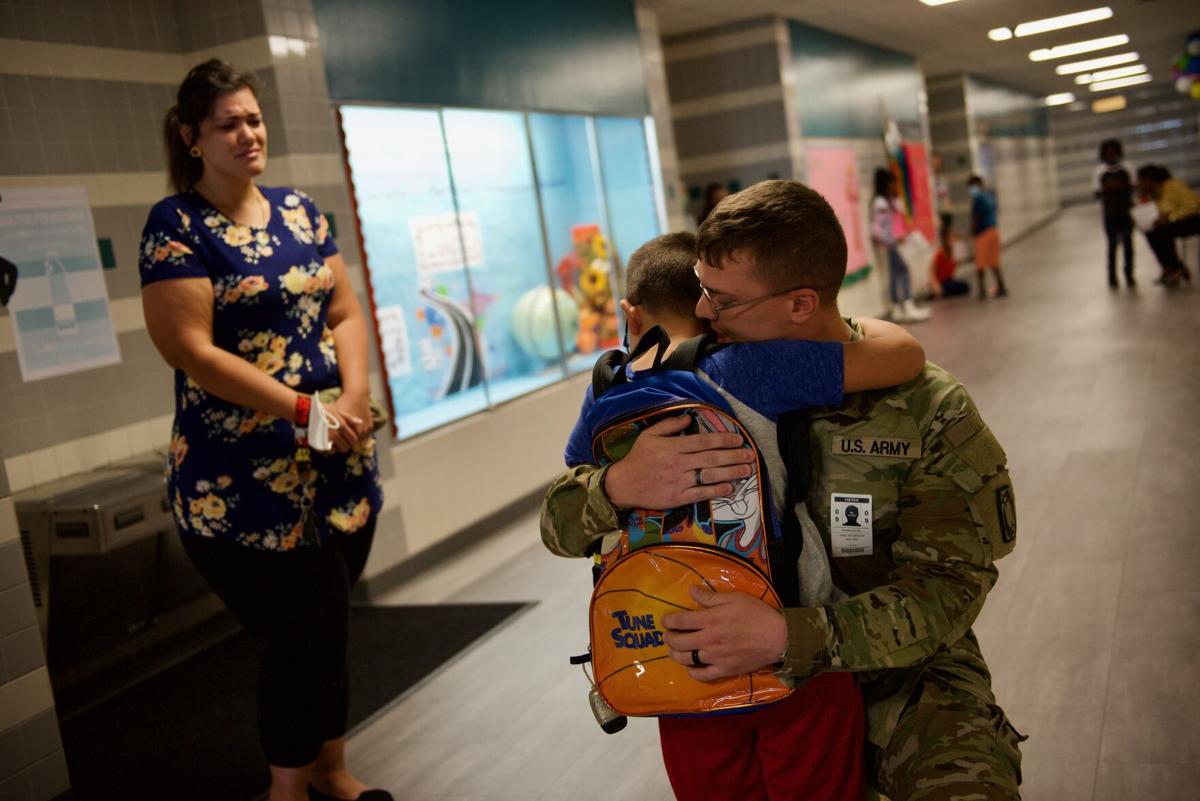 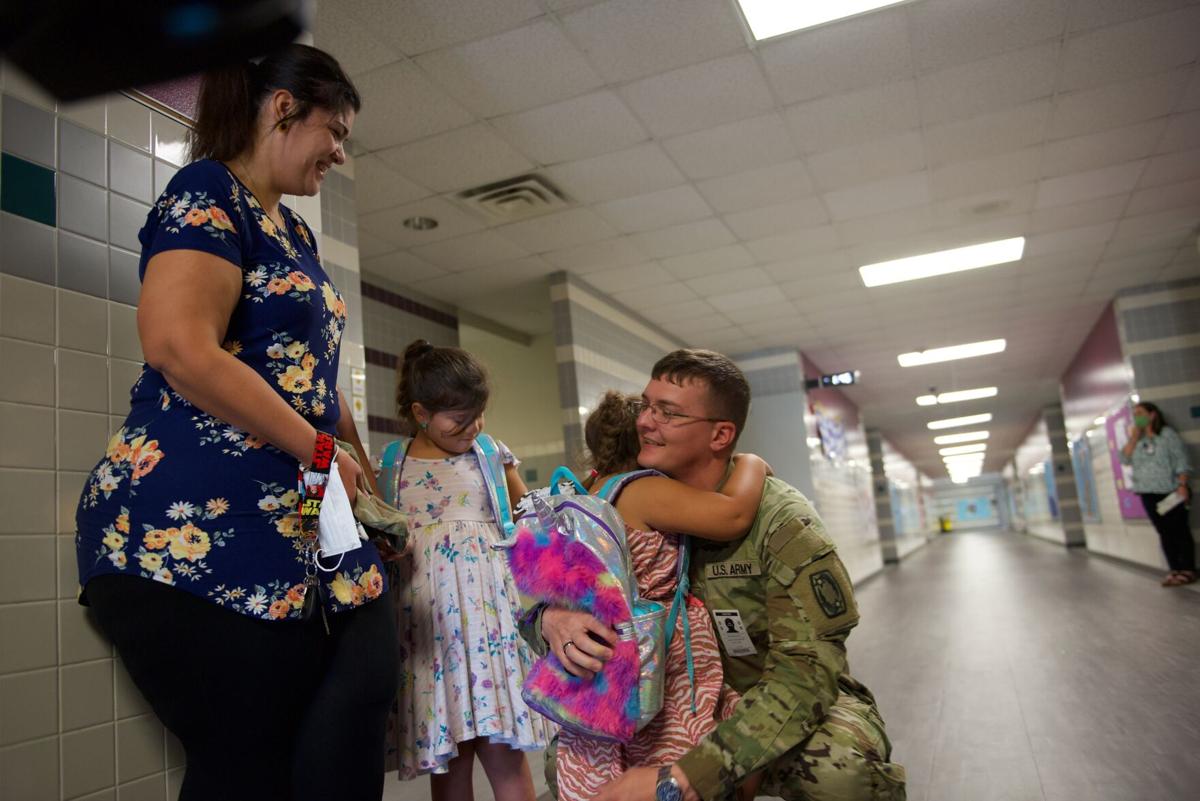 This return needed to be special.

For Sgt. Andy Patterson and his wife Andrea the comings and goings of the military are a part of their life of service.

Last time he returned he was home less than three months before leaving again, for a year in Saudi Arabia and Kuwait.

So, the couple decided to give their children, all students at Brookhaven Elementary School a surprise reunion to remember.

When directed, second-grader Andy Jr. stepped out of his class, saw the cameras, then looked to the side, where his dad, in uniform, waited kneeling down for his son to run to his arms.

Next, the couple, reunited with their son moved to first-grader Ariah’s class. When the girl saw her dad, she called out “Daddy,” and ran into his arms.

Finally, the family made it to the pre-kindergarten class of young Ava and she too buried herself in her dad’s arms.

After a rotation in Korea, a few months home and then the deployment to the Middle East, the Pattersons were overjoyed to be home.

Special plans? “To be together,” Andrea Patterson, said.

“I was a little worried whether they would recognize me,” the excited dad said of his young daughters. That was not a problem.

Mom and dad knew it was likely that Patterson would return in the middle of the night, which he did, so it made sense to surprise the three children 12 hours later during the school day.

“It’s been 12 months apart,” the Soldier said, “living through social media and phone calls. This is one of the best feelings I’ve ever felt.”

Andrea had to keep the secret for about three weeks, which she said wasn’t that difficult with the distraction of school.

“We decided we really wanted them to have individual homecomings,” she said. “I just told them we would see daddy really soon.”

As always, she said, it was her faith and support from church and military friends and her steadfast husband that got them through the year apart.