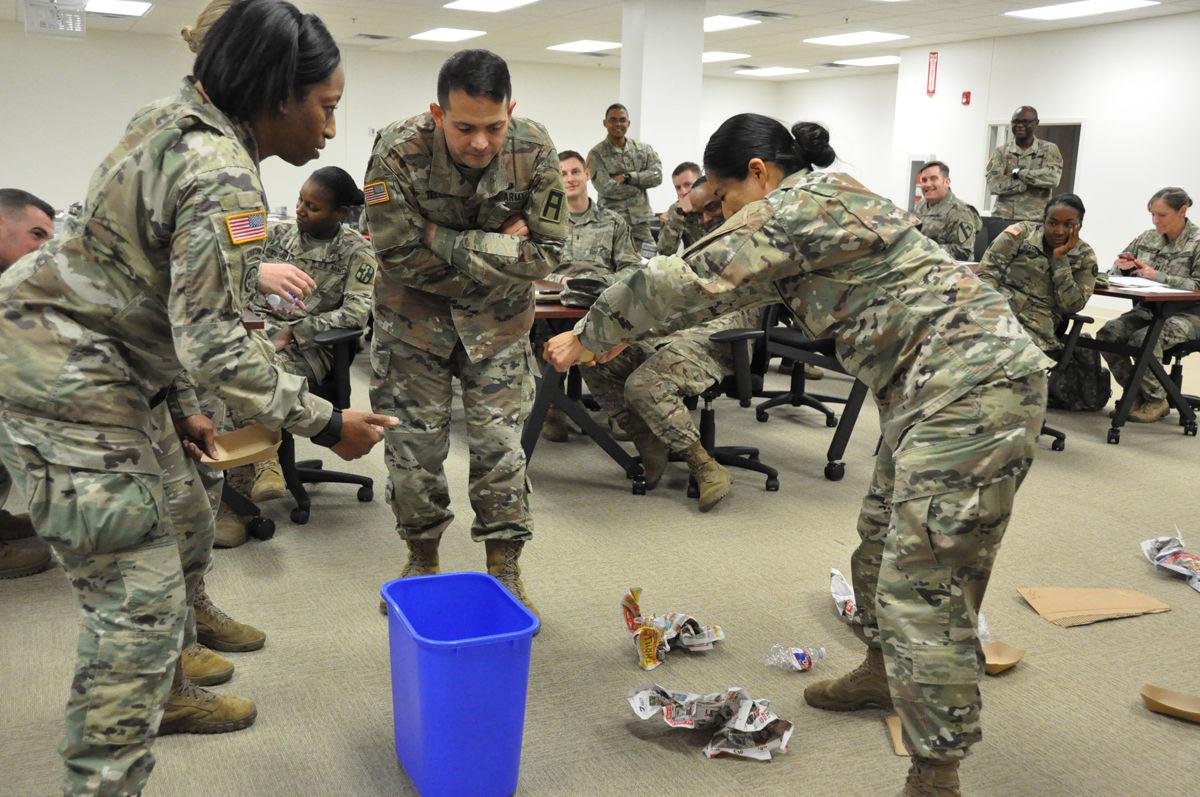 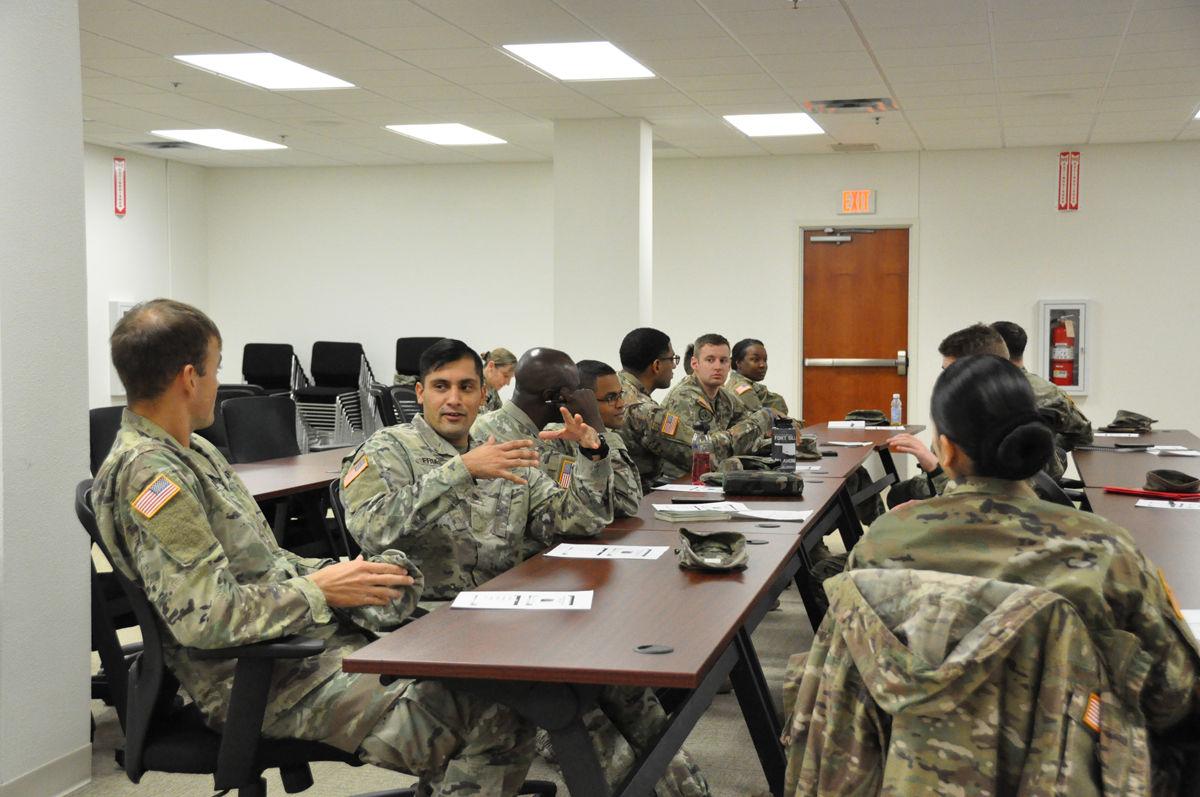 Soldiers with the Adopt-a-School program engage in a group discussion during the quarterly training, Jan. 16 at the Shoemaker Center. 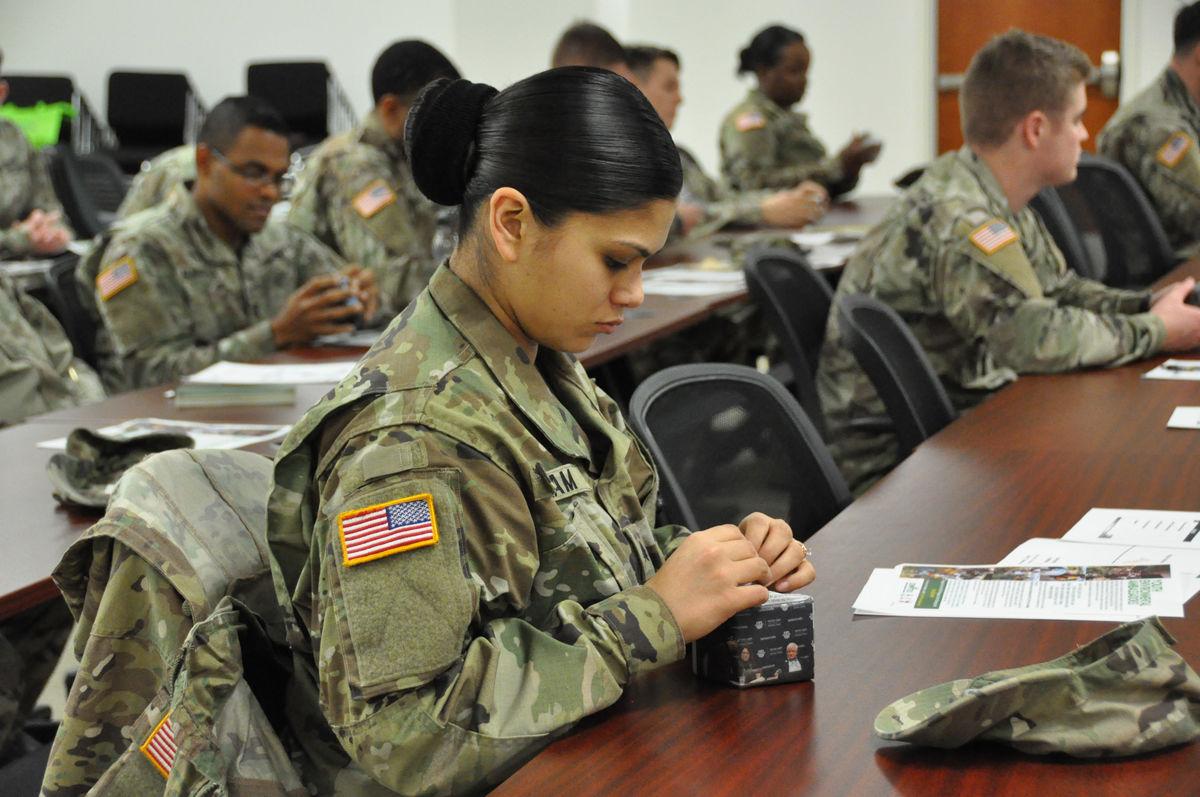 Soldiers with the Adopt-a-School program engage in a group discussion during the quarterly training, Jan. 16 at the Shoemaker Center.

“Units benefit because they get to go out and actually have fun with children,” Tina Smith, school liaison officer with Child and Youth Services, told several dozen Soldiers during Adopt-a-School training. “The children and the schools benefit because they’re able to see Soldiers in a different capacity.”

“I think it’s a really great opportunity to share lessons learned, experiences and potential projects that they can implement in their school’s footprint,” Christine Luciano, environmental outreach coordinator for the Directorate of Public Works Environmental Division, said.

The room was full of Soldier representatives with varying levels of experience. Some have been their unit’s point of contact for up to two years, while others had just received the job within the last month. Because of this difference in experience, the training first began with an icebreaker, asking Soldiers to share their most impactful Adopt-a-School events with the group.

1st Lt. Amber Warren, 3rd Battalion, 16th Field Artillery Regiment, 2nd Brigade Combat Team, 1st Cavalry Division, weighed in on the topic by sharing that each year, her school held a Thanksgiving lunch for students and their parents. She further explained the school had invited her unit to join the students whose parents were unable to attend.

“There was this one little boy that I won’t forget. He was really sad that his parents weren’t there,” Warren said. “He started crying at the table, but we were able to talk to him and, by the end of it, he was laughing and coloring too.”

Following up the conversation starter, Smith began the presentation. First covering the basic roles and rules, which came with the job of being the Adopt-a-School point of contact. As the POCs, the Soldiers were their unit’s direct connection to their sponsored school.

The discussion progressed as Soldiers were called on to explain past challenges they had faced when interacting with their adopted schools. These conflicts mostly revolved around communication and scheduling issues. But, luckily for the Soldiers, Smith was able to share tips for keeping in touch with their school’s POC.

Once conflicts were resolved, the training became interactive, as Smith and Luciano presented various examples for games, projects and other creative ideas to interact with the students.

These examples quickly took an environmentally crafty turn as Luciano showed the Soldiers how to create biodegradable planters from newspapers.

“We wanted to take this opportunity at the meeting to show a couple of environmental activities,” Luciano said, “using recyclable’s to provide engaging hands-on activities.”

Continuing to share how the Soldiers could look at everyday activities and make an impact, a recycle obstacle course was set up. Luciano explained that the obstacle course provided an engaging way to show how any challenge could be conquered through communication and teamwork.

The quarterly Adopt-a-School training allowed Soldiers to share their experiences, discuss various solutions to challenges they had faced and learn new interactive ways to engage with the students.