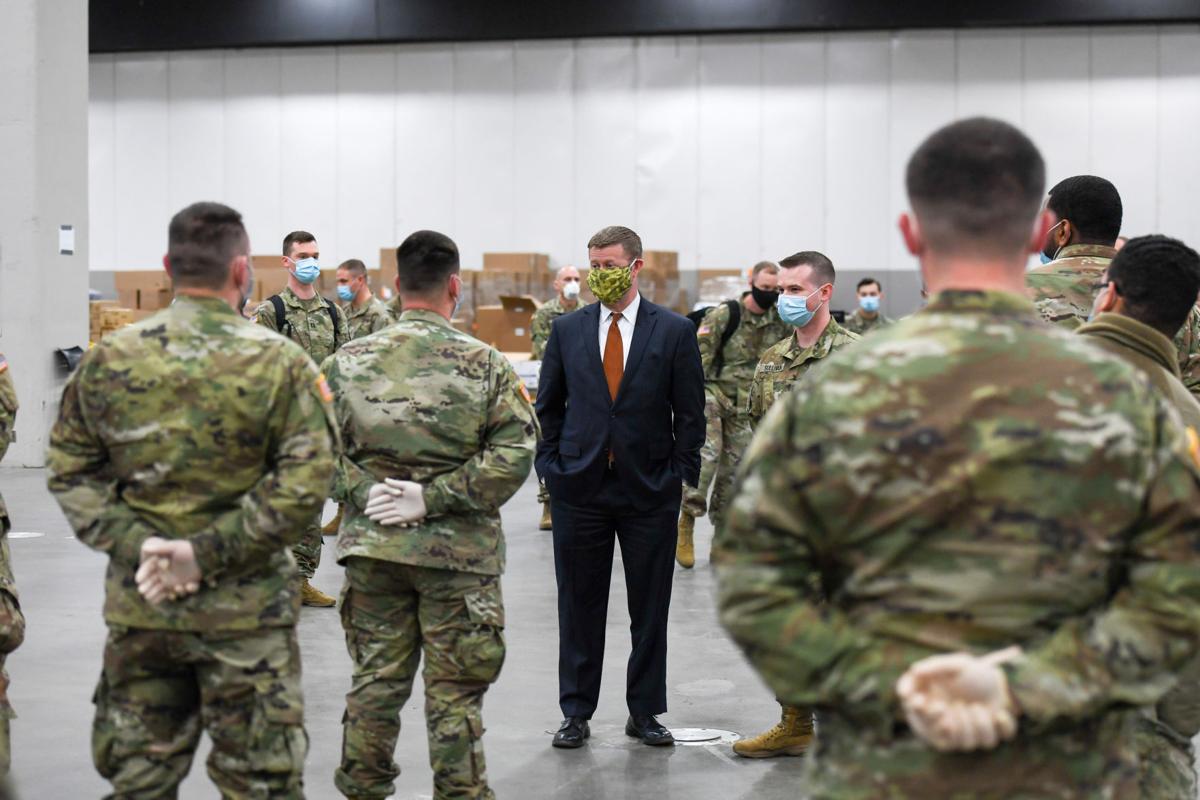 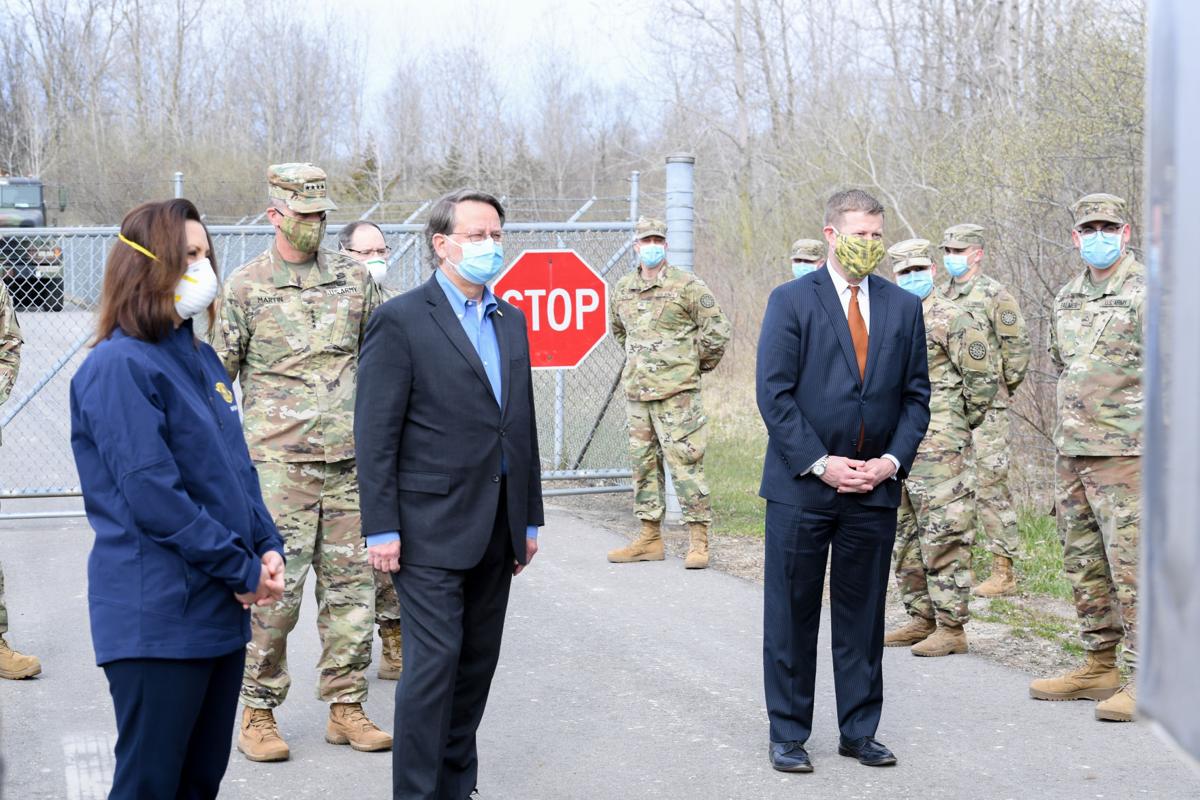 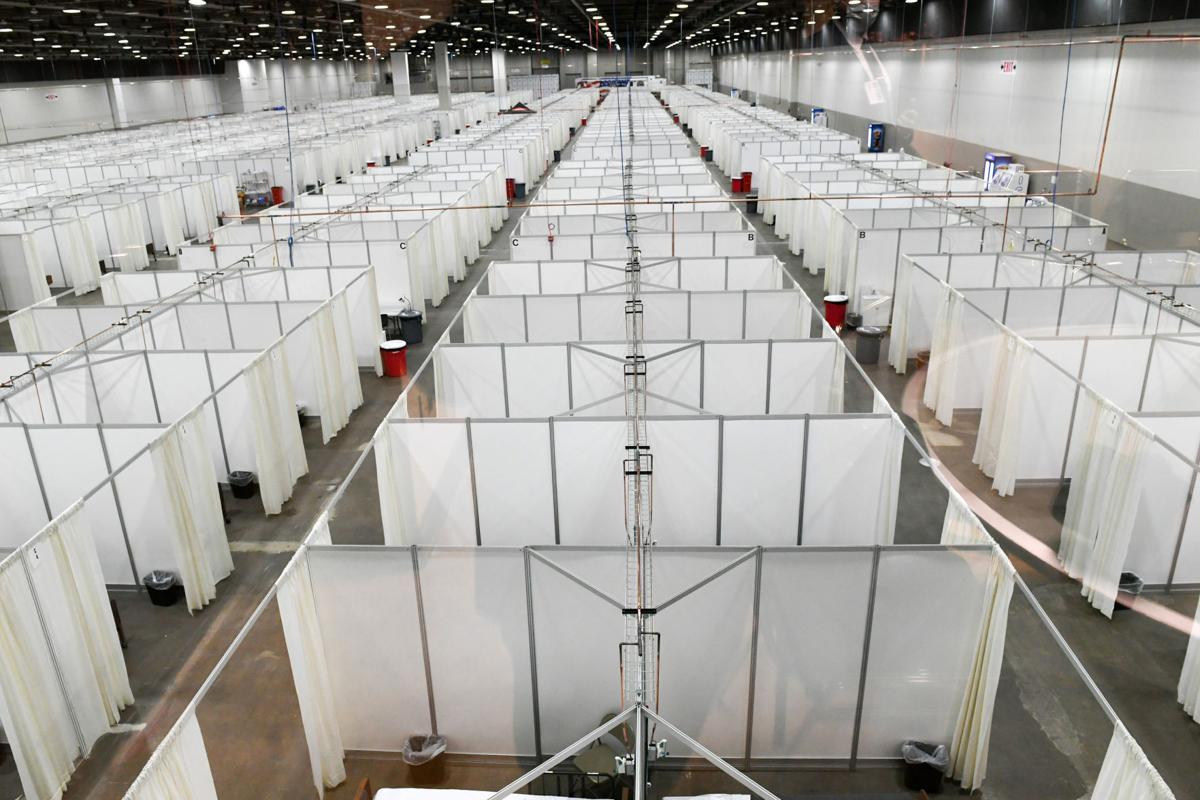 Soldiers helped convert 250,000 square feet of the TCF Center to assist hospitals facing possible bed shortages in the city, which has seen over 8,000 cases and about 800 deaths due to the virus, according to city officials.

The alternate care site was quickly stood up through a partnership with the U.S. Army Corps of Engineers, Michigan National Guard and Federal Emergency Management Agency.

“It was a team that came together – three weeks of discussions, but really it was nine days (to build it). We have not seen efforts like this coming together … since World War II,” Army Secretary Ryan D. McCarthy said during the visit.

McCarthy and Vice Chief of Staff of the Army Gen. Joseph Martin also visited a Michigan National Guard armory in Taylor to view a new sanitizing container and recognize Soldiers for their contributions to the COVID-19 fight.

Called the Mobile Thermal Utility Sanitizer, the large trailer-type unit has the capacity to sanitize up to 7,000 masks every two hours.

If approved by the Federal Drug Administration, the unit – developed by the Michigan Technological University and being tested by Guardsmen – has the potential to be reproduced to help medical professionals across the country, Army officials said.

As of now, about 29,000 Guardsmen are deployed to assist in the COVID-19 response, along with 2,000 members of the Corps of Engineers that have now assessed over 1,100 facilities for alternate care sites, such as the TCF Center.

On April 17, McCarthy visited the McCormick Place Convention Center in Chicago, where Army engineers and guardsmen have been working with partners to build a field hospital with hundreds of beds.

“It’s amazing how well we are collaborating at the local level,” McCarthy said. “It makes you feel good, because this is the front line. This is where we’re going to win this fight.”

He also credited the Army Reserve’s Urban Augmentation Medical Task Forces, each consisting of about 85 medical personnel, which have deployed to several locations, to treat patients at alternate care sites.

“They’re falling in on existing infrastructure and supporting medical service personnel all over the country and doing a remarkable job,” he said.

At the end of the day, though, he said a whole-of-government approach with the Army partnering with local, state and federal assets will move the nation past the pandemic.

Martin, who is from Dearborn, a suburb of Detroit, said the Army has been coordinating efforts for 90 days now in the fight against the virus.

Army personnel also currently work in the National Response Coordination Center in Washington, D.C., alongside officials from FEMA and the U.S. Department of Health and Human Services, he said.

“That’s really important because there are a lot of unknowns associated with this,” Martin said, “and what we want to do is fill in the gaps so we can we can move forward with a plan of attack.”

The actions of Soldiers continue to buy time for the country as it searches for a vaccine, McCarthy said, adding there are six vaccine candidates in the world entering various stages of maturity from primate to human testing.

“It’s coming,” he said of a vaccine. “We’re going to get it and we’re going to win, but in the interim, it’s these men and women here who are going to hold the line.”

It’s amazing how well we are collaborating at the local level, it makes you feel good, because this is the front line. This is where we’re going to win this fight.