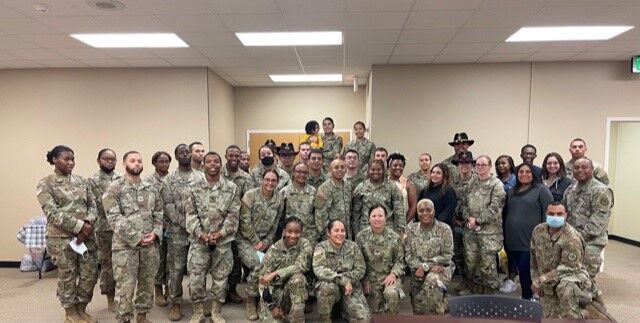 Human resources Soldiers pose for a photo following a visit from the Maj. Gen. Thomas Drew and Command Sgt. Maj. Anthony McAdoo, HRC command team, who came to Fort Hood to discuss the upcoming IPPS-A system with the troops. IPPS-A will provide Soldiers 24-hour access to their personnel records in a self-service system that will be out in September 2022. 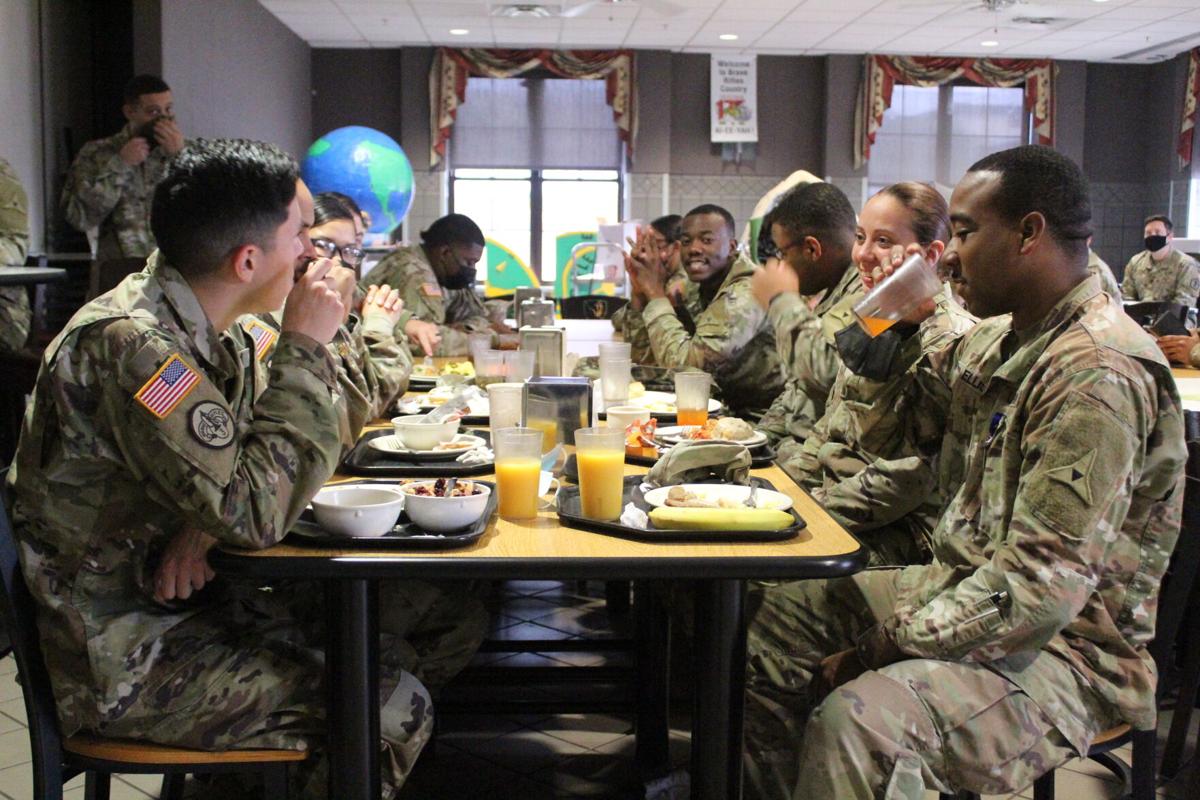 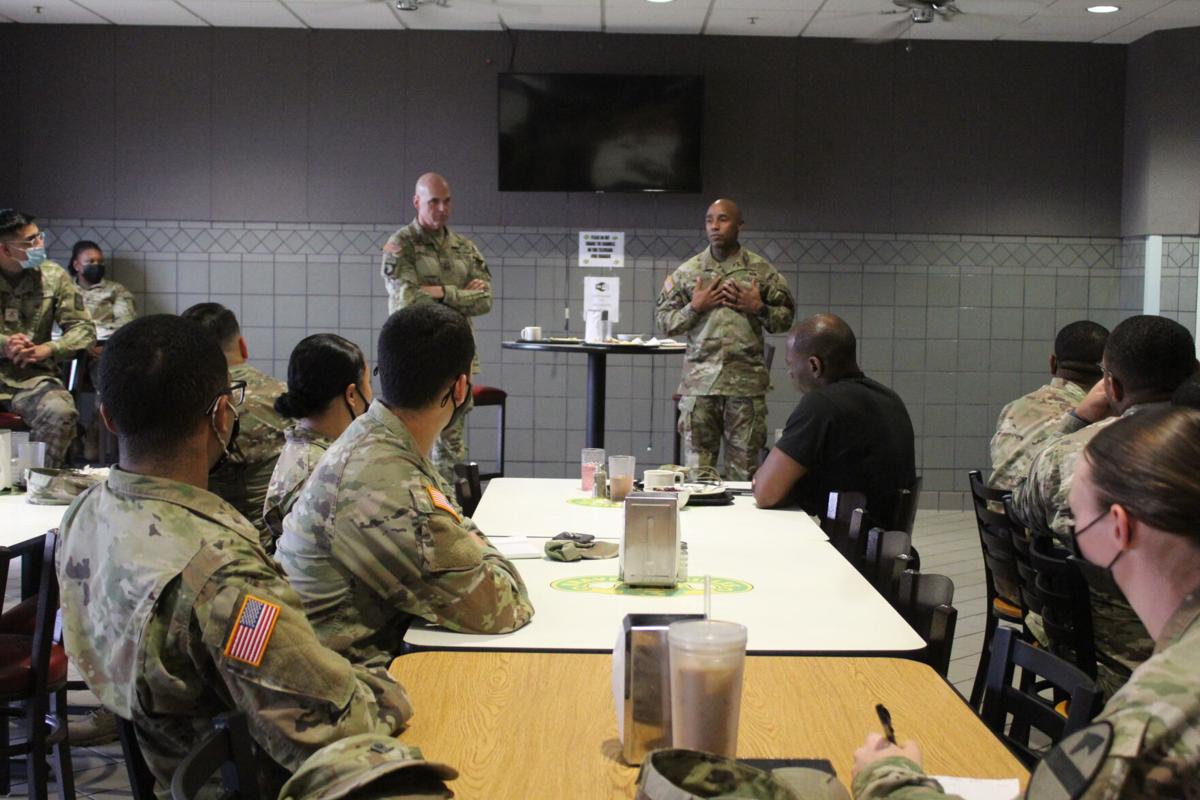 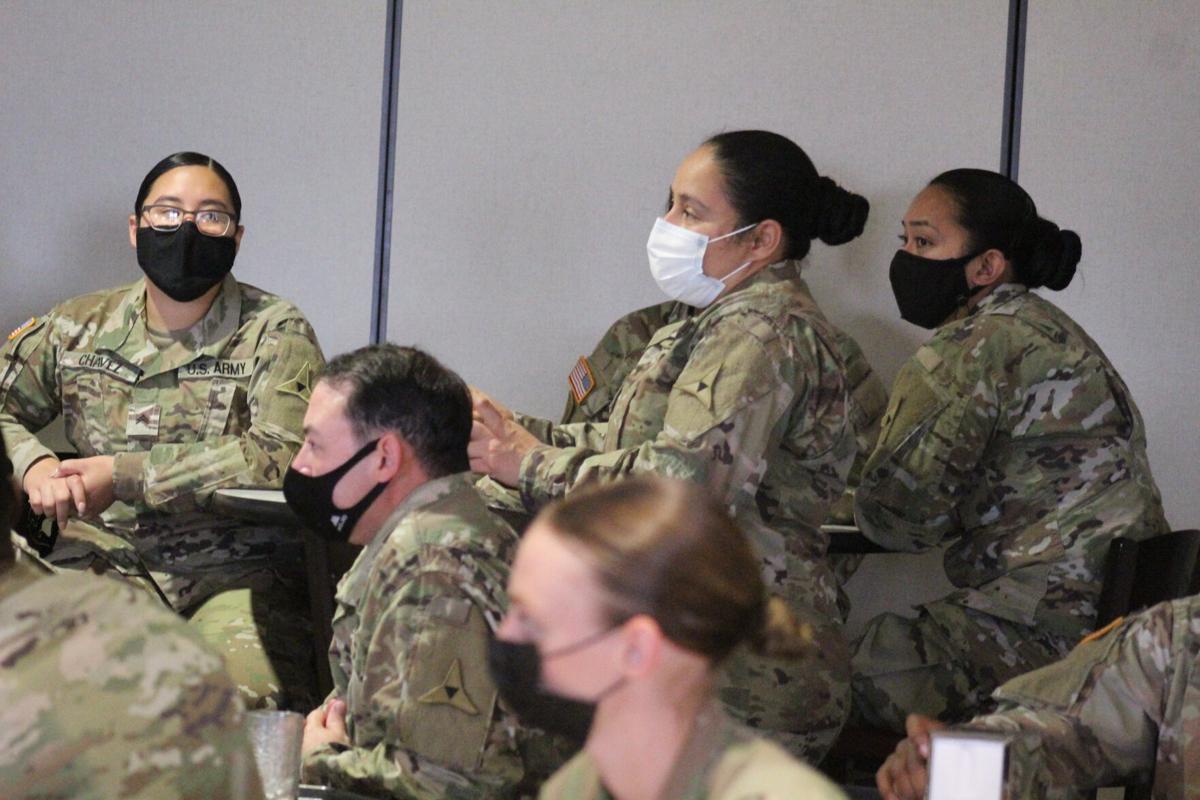 Human resources Soldiers pose for a photo following a visit from the Maj. Gen. Thomas Drew and Command Sgt. Maj. Anthony McAdoo, HRC command team, who came to Fort Hood to discuss the upcoming IPPS-A system with the troops. IPPS-A will provide Soldiers 24-hour access to their personnel records in a self-service system that will be out in September 2022.

Maj. Gen. Thomas Drew and Command Sgt. Maj. Anthony McAdoo, command team for Human Resources Command at Fort Knox, Kentucky, visited human resources troops at the Great Place, Nov. 16, to find out their questions and concerns as they prepare to roll out the Army’s newest program to integrate HR capabilities across the Army.

“We need feedback. We see it as it plays out at HRC, but you guys see it in the field,” McAdoo told HR Soldiers during breakfast at the Theodore Roosevelt Warrior Restaurant. “You are our Soldiers on the front line as far as human resources.”

The HRC command sergeant major said the success or failure of the Integrated Personnel and Pay System – Army, known as IPPS-A, depends on them – the Soldiers who will be using the system daily. IPPS-A is designed to provide self-service capabilities to reduce the amount of pay and personnel errors. Soldiers will have 24/7 access to their personnel records and will be able to submit and track requests electronically.

The program also includes talent management capabilities, which Drew hopes will give Soldiers an incentive for staying in the Army, because they will be able to see how their career is progressing. It will also allow the individual Soldier to determine his or her career progression. Providing an example, Drew said if a Soldier wants to one day be the sergeant major of the Army, he or she needs to be doing things that will eventually lead to that career goal.

“Everything we’re doing is in an attempt to have the best all-volunteer Army that we can have. Right now, I’m making decisions about talent management without knowing where you want to go (in your career),” Drew explained. “If I can see it, I can make some of those things happen.”

The HRC command team encouraged the troops to become as familiar with the new system as possible because commanders will have a lot of questions when the program goes live in September 2022 and will expect their HR professionals to know the answers.

“You should be able to answer any commander’s question because you’ll have access to a lot more data than you did before,” Drew said. “You can see the Army better and you can see the organization better.”

The general said he enjoys visiting the troops and finding out how they really feel about policies and practices. He said that while a lot of policies have been in place for years, it does not mean the policies makes sense. If something is not working, he encouraged the troops to let him know. In turn, visits to the troops allow him to personally share the reasons behind changes that are made.

“I always like talking to Soldiers, especially the younger Soldiers because it helps the Army,” Drew said. “To give them an audience and being able to convey what we’re doing and why we’re doing it is very important.”

As part of the visit, Drew and McAdoo later met with senior HR leaders on Fort Hood, re-emphasizing their role as HR professionals and path to success of IPPS-A implementation.

“IPPS-A is our weapon system. We need to be master gunners in this system,” Drew told the senior leaders.

The team concluded their visit with a town hall open to all ranks and military occupational specialties, answering questions concerning promotion policies, assignment expectations, and of course, the self-service application in IPPS-A.

“Maj. Gen. Drew and Command Sgt. Maj. McAdoo highlighted many of the challenges our HR professionals face daily in providing first class customer service to our Soldiers and their families,” Col. Khanh Diep, III Corps G-1 and senior HR officer for III Corps and Fort Hood, said about the visit. “Going forward, we plan to host monthly IPPS-A town hall meetings open to all personnel to ask questions and understand how IPPS-A will impact them in September 2022.”