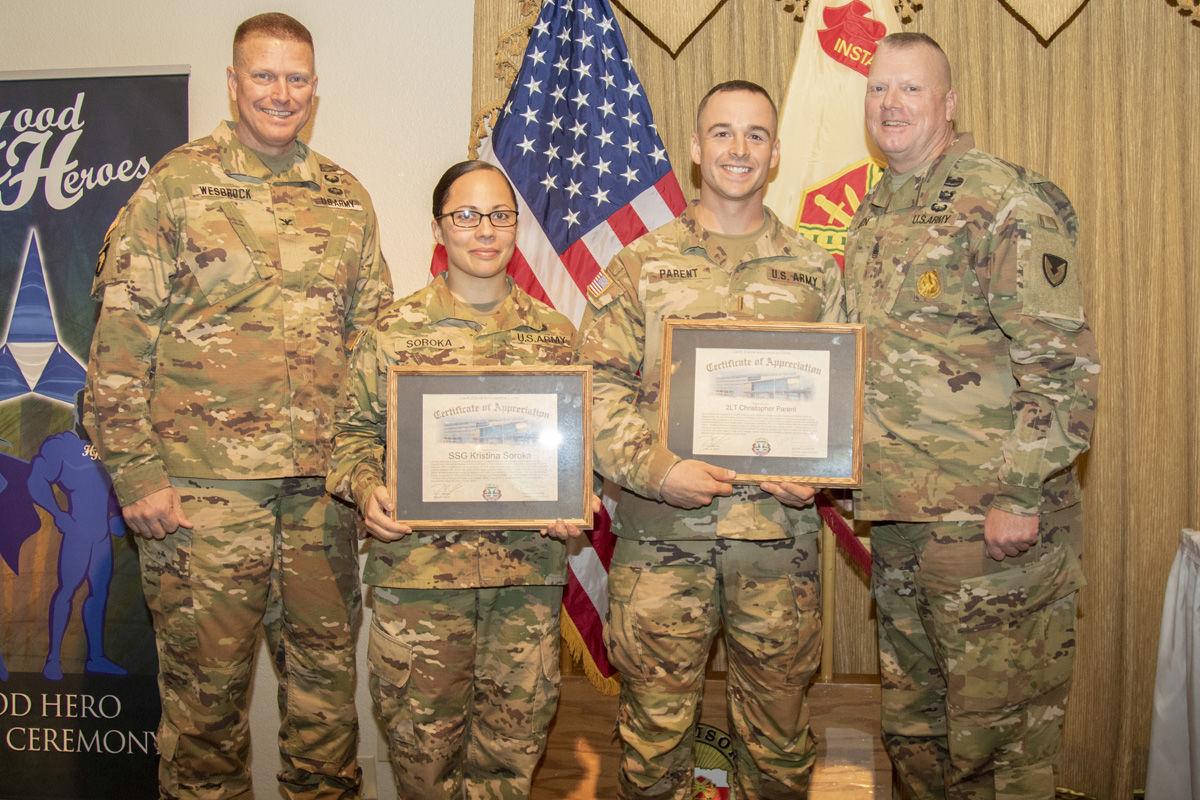 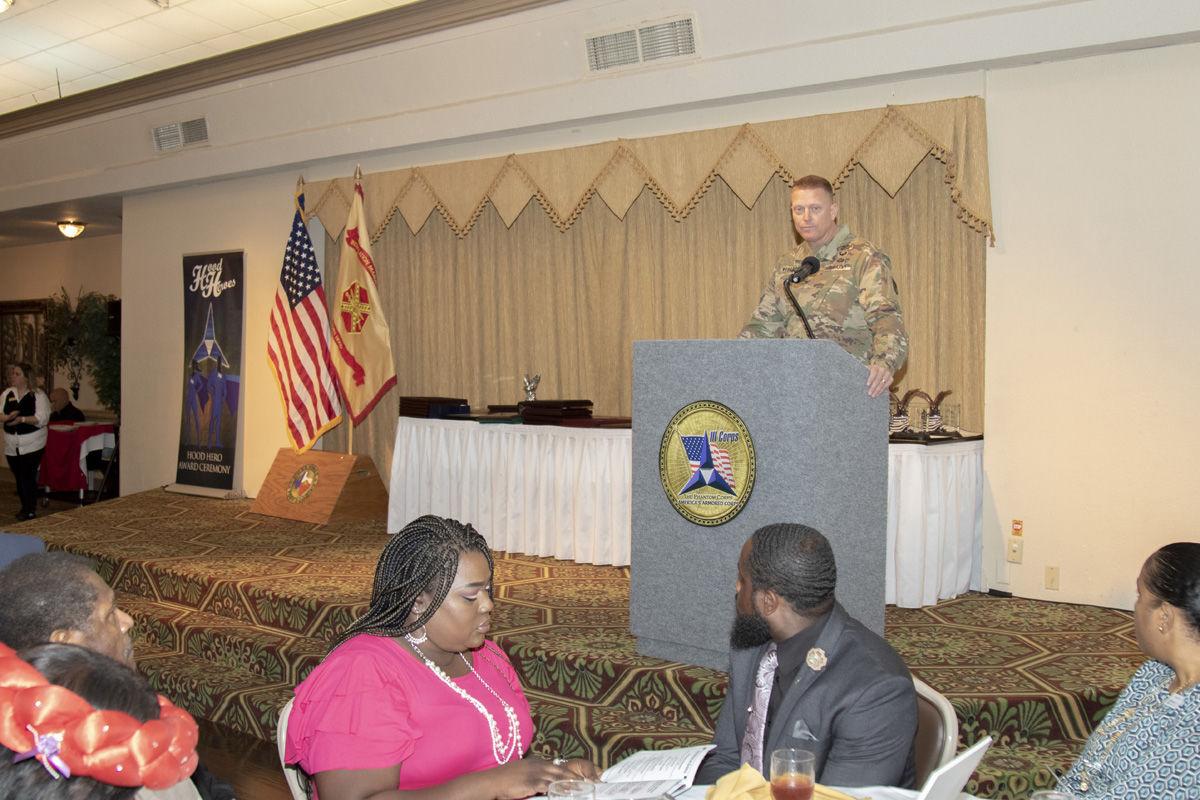 Col. Jason Wesbrock thanks all of the award recipients for their dedication and support to Fort Hood and its communities at Club Hood. The quarterly ceremony recognizes Soldiers, civilians and family members of Fort Hood.

Col. Jason Wesbrock thanks all of the award recipients for their dedication and support to Fort Hood and its communities at Club Hood. The quarterly ceremony recognizes Soldiers, civilians and family members of Fort Hood.

“I was driving to work when I noticed two service members in a full out sprint,” 2nd Lt. Christopher Parent, the assistant S3 for Headquarters and Headquarters Company, 20th Engineer Battalion, 36th Engineer Brigade, explained.

“A service member eloped from the hospital and began running through the Shoemaker Center parking lot, through the Warrior Transition Unit area and down Tank Destroyer (Boulevard) as I followed him,” Soroka said. “At some point, Lt. Parent saw me running behind the other Soldier and realized, ‘something is not right here.’”

“I turned the car around, pulled over and asked if I could help in any way,” Parent continued.  “Once she let me know what was going on, I told her to get in and we tried to catch up to the other Soldier.”

At that point, it was not as simple as merely catching up to the first Soldier.

“The Soldier crossed the road, which delayed us from reaching the Soldier as fast as we’d like,” Parent described. “After crossing the street, the Soldier jumped into a vehicle and began driving away, so we decided to keep following.”

“Once the Soldier got into the vehicle, I called the Provost Marshall’s Office,” Soroka said. “From there, I provided updates of our location to the Military Police.”

Soon after her phone call, the MPs caught up to Parent and Soroka and boxed in the Soldier, bringing a peaceful end to the occurrence.

For their actions, Parent and Soroka each received a Certificate of Appreciation from Col. Jason Wesbrock and Command Sgt. Maj. Byron Larsen, the command team of U.S. Army Garrison – Fort Hood.

The certificates of appreciation were given during the quarterly Hood Hero award ceremony, Tuesday at Club Hood, an event normally reserved for recognizing Soldiers, civilians and family members who volunteered their time to Fort Hood and its surrounding communities.

“Normally, these awards are given to volunteers that go out of their way to support the community and Fort Hood,” Soroka said. “But it was the opinion of the hospital and his (Parent) troop command that we should be recognized for our efforts.”

To both of their individual commands, they exemplified what a Soldier should be.

“They said they’re proud of me, that I did a great job representing the hospital,” Soroka said with humility.

“They said to me, ‘Good job of setting the example and stepping up to the plate,’” Parent echoed.

One person who was especially proud, though at the same time uneasy, of Soroka, was her husband, James Soroka.

“He was a little apprehensive about me getting into a stranger’s vehicle,” Soroka mustered through giggling. “But I assured him that he looked like a good guy.”

Fort Hood recognized 56 other individuals and groups for their dedication and efforts to the improvement of the post and its surrounding communities.