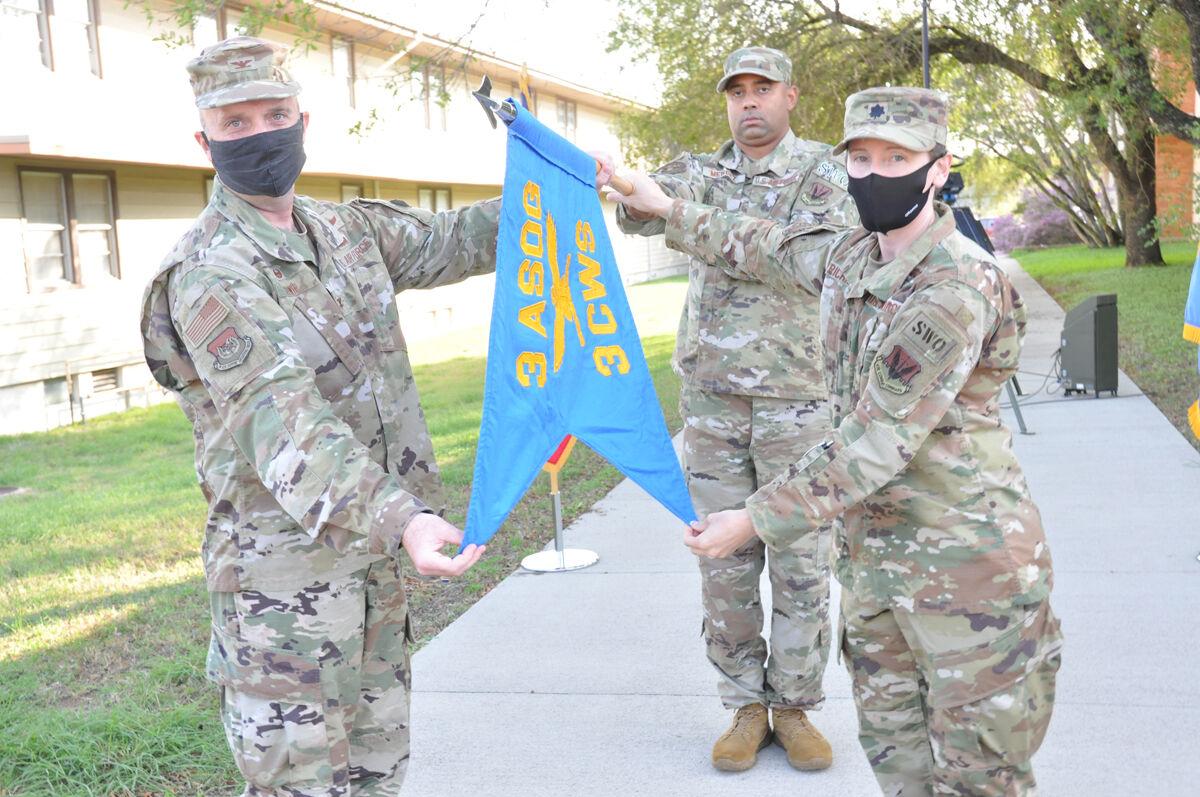 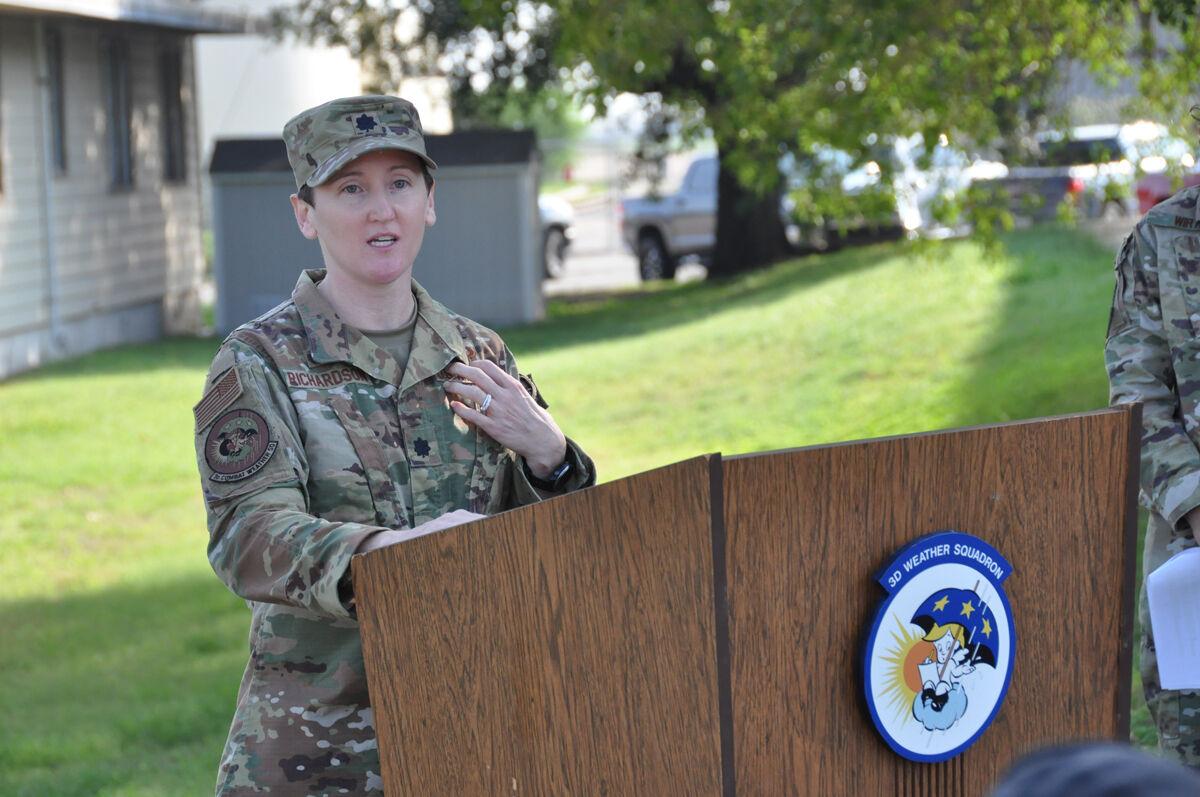 “The significance of combat weather Airman playing similar and equally pivotal roles in the execution of joint force operations has continued since the founding of the Air Force 73 years ago today,” Col. Leland Cowie, commander of the 3rd Air Support Operations Group, said. “Today, a select five were chosen to be re-designated as combat weather squadrons and you will chart a new course.”

“Today is not only a day that we celebrate a name change that encompasses how and why we go to combat with our aligned Army units but it’s also a day to celebrate our Air Force story,” Lt. Col. Danele Richardson, 3rd Combat Weather Sqdn. commander, said. “On this day in 1947, the National Security Act created the Air Force and we changed our name tapes from U.S. Army to U.S. Air Force. But what we did not change was our promise to go anywhere, anytime with the Army in order to provide them the highest quality weather observations and forecasts.”

Richardson said the squadron has made good on promises made with their support of their Army counterparts.

“We promised to exploit the atmosphere in order to dictate mission windows. We promised that we would identify when the enemy could not operate,” she said. “We promised to identify what assets would be least impacted by negative weather conditions. We promised to safeguard those Army pilots, infantry Soldiers and every piece of equipment that the Army brings to the fight. Third Combat Weather Sqdn., you deliver on those promises every single day.

According to Richardson, the squadron has continuously deployed since 2001, to include four continents, supporting five combatant commanders, and kept eight airfields up and running during that time frame.

“This is the best combat weather squadron because of every Airmen in our ranks,” Richardson said. “To … the administrators, our radar systems technicians, our training managers and our civilians, we couldn’t do this without you. All of you make me very proud to be an Airman, and I’m excited to see where the Army takes the 3rd Combat Weather Sqdn.”