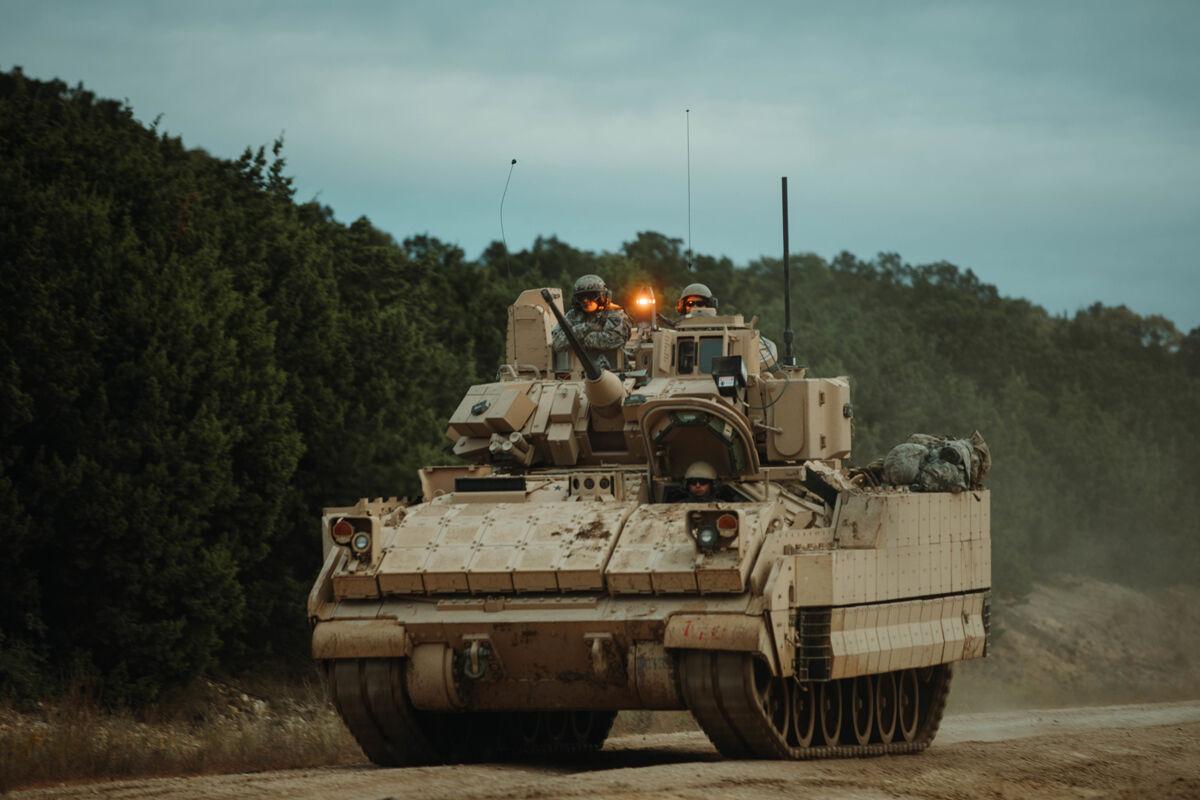 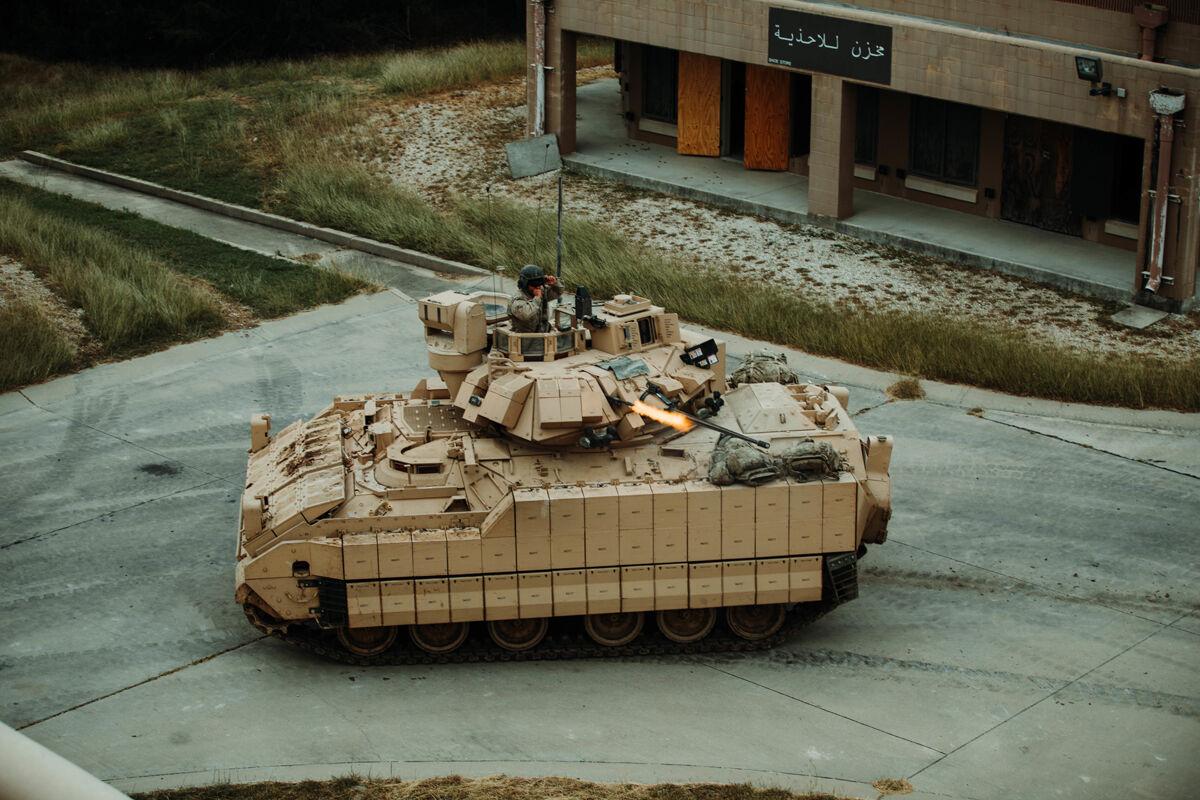 Troopers assigned to 1st Bn., 12th Cav. Regt., 3rd BCT, 1st Cav. Div., engage an opposing force during the testing of the newest version of the Bradley Fighting Vehicle at Fort Hood Oct. 24. The unit tested the M2A4 and the M7A4 BFVs.

Troopers assigned to 1st Bn., 12th Cav. Regt., 3rd BCT, 1st Cav. Div., engage an opposing force during the testing of the newest version of the Bradley Fighting Vehicle at Fort Hood Oct. 24. The unit tested the M2A4 and the M7A4 BFVs.

Linking up with test officers of the U.S. Army Operational Test Command during a series of maneuvers and simulated force-on-force engagements, few Soldiers have had the chance to see the new machines in person, let alone get behind the wheel and test them.

“Training and testing on the M2A4 and M7A4 placed our troopers on the leading edge of technological innovation for maneuver warfare,” Schultz said.

“Our troopers got to experience, first-hand, the next iteration of the infantry fighting vehicles under tough and realistic conditions that not only stressed and improved our systems and training, but stressed the capabilities of the M2A4 and M7A4.”

During the testing, OTC data collectors were on the ground with the Soldiers every step of the way, gathering information that will later be used to analyze the overall capabilities of the vehicle in a report to senior Army leaders.

Testing is a collaboration between multiple Army organizations and took years of planning and preparation prior to execution.

“Although these organizations have different specific missions related to the evaluation, all of us worked together to ensure we maintained trooper safety, gathered relevant test data, and accomplished unit mission essential training to build lethal platoons and a killer company,” Schultz said.

Shultz also added his troopers emerged every day better than they were the day before.

“We test everything that the Army fields to the Soldiers,” Kummer said. “It brings — to the Soldier — a new level of modernization; increasing the warfighters’ capabilities to operate on the next battlefield.”

The new BFV variants offer a number of upgrades and overhauls. The idea behind the vehicle is to provide a faster, more durable, and survivable platform with increased oversight; according to Kummer, giving more power to the troopers at the platoon and squad level to ensure success during large-scale ground combat operations.

“It is the hardware upgrade for the Bradley,” Kummer said. “The engine and transmission were upgraded, the mission command suite was upgraded, and the driver’s vision was upgraded with a new thermal device.”

These primary features are the highlights of the new infantry fighting vehicle and current reason for an operational test. Once the data is collected, OTC will compile and analyze what went right and what did not.

Kummer stated the review of tactics, doctrine and applicability in accordance with Army development and all the data is reportable to Congress.

He ended by stating OTC will use information provided by the Soldiers and data collectors during the test to decide what needs to be changed and what should stay the same.