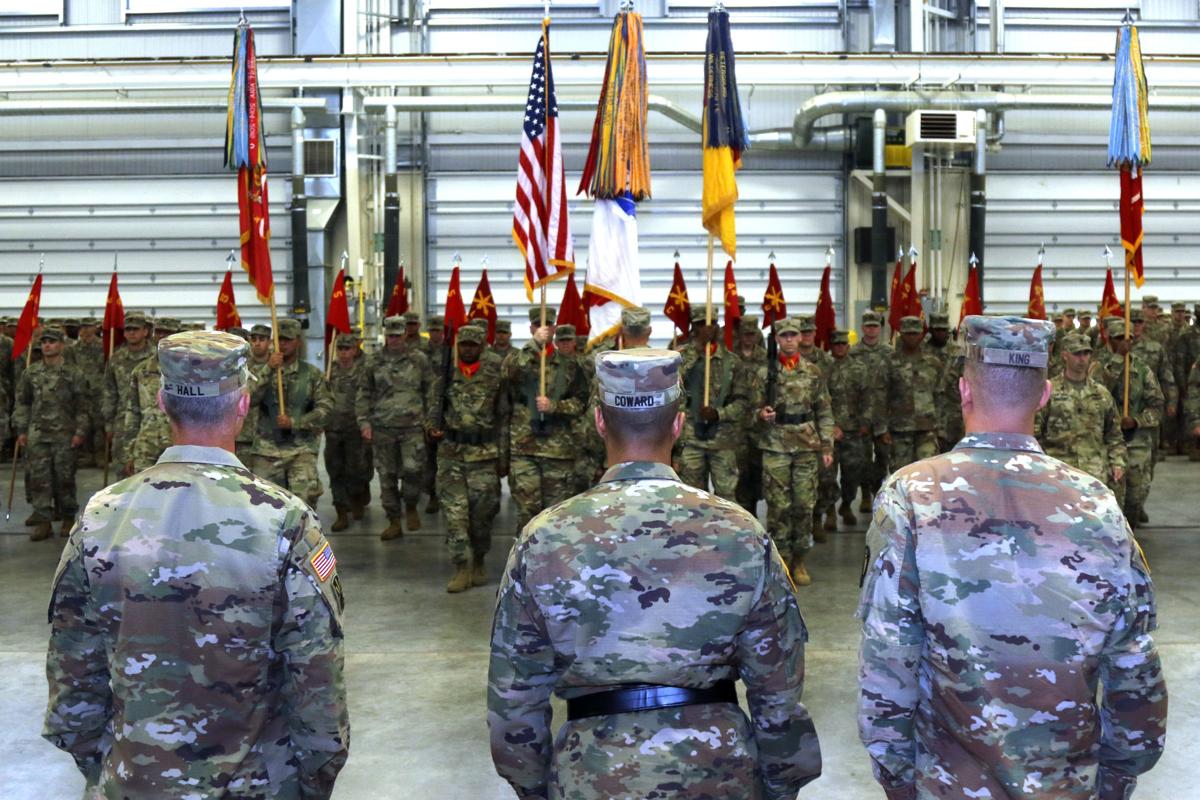 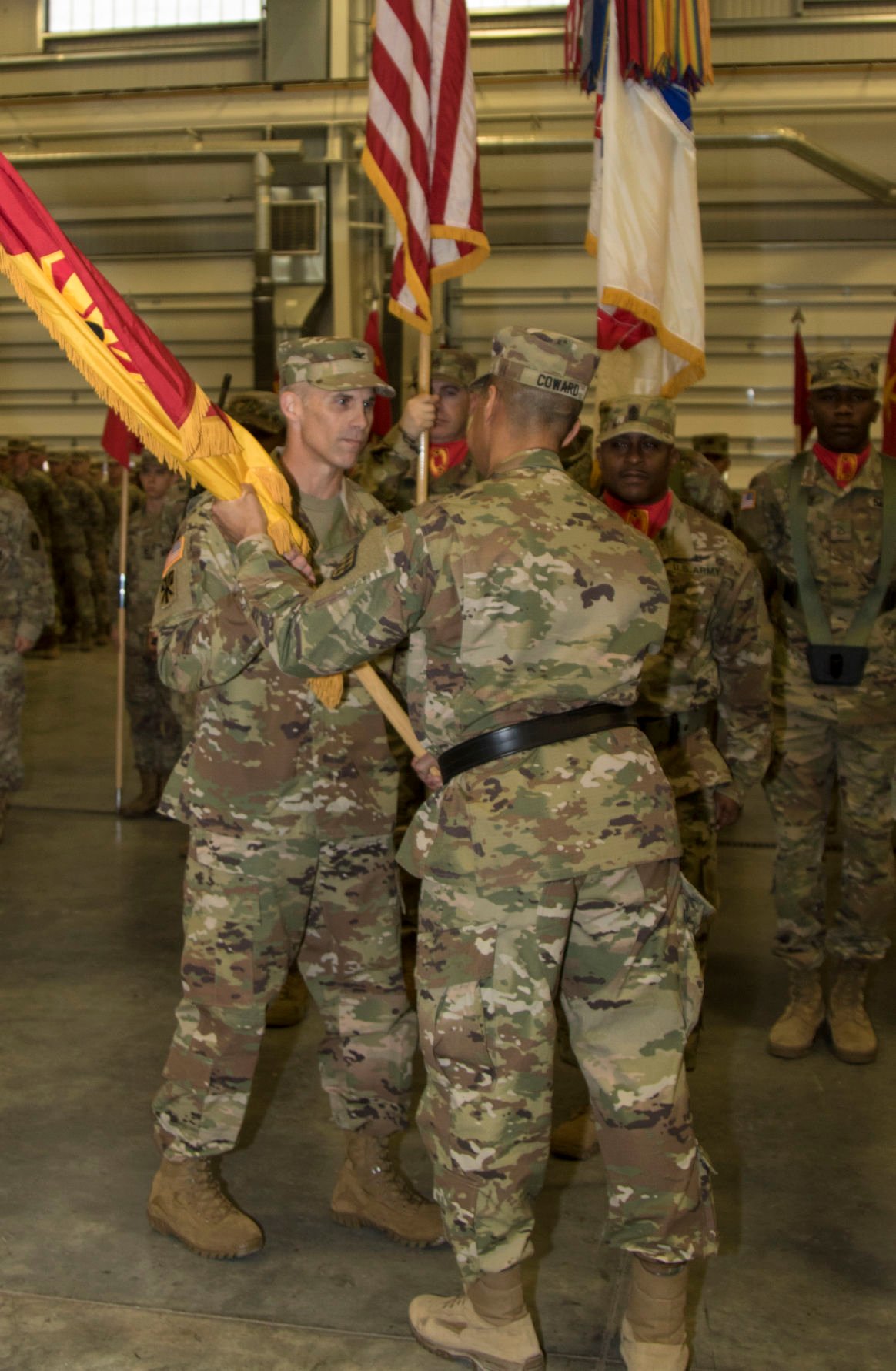 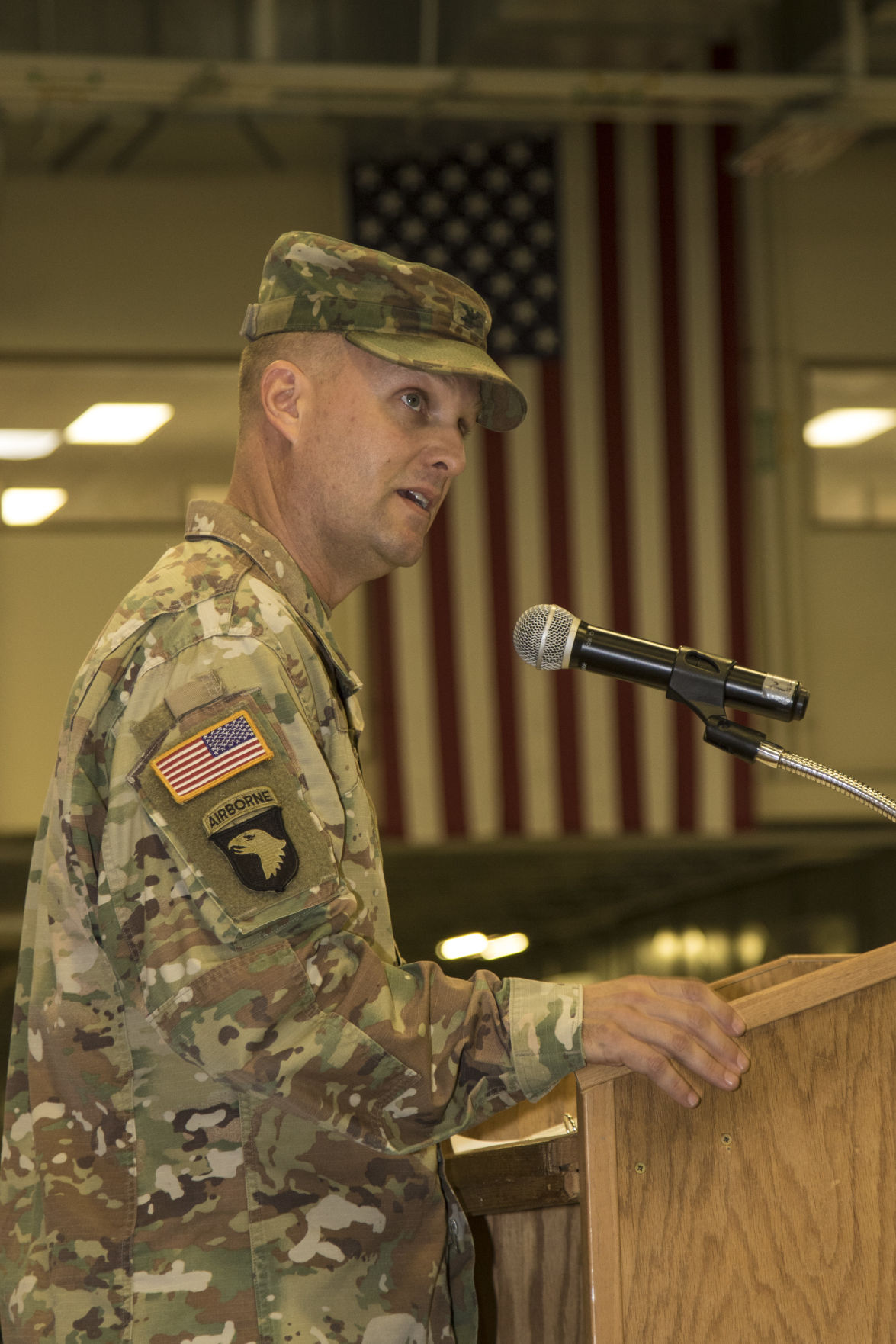 The ceremony began with a special awards ceremony, presenting King with the Legion of Merit for providing outstanding and dynamic leadership during his nearly two years spent as 69th ADA Bde. commander. King’s wife, the former Kimberly Wilcox, received several honors as well for her sacrifices and contributions while supporting her husband and the Lightning Brigade.

Presiding over the event was 32nd Army Air and Missile Defense Command commander, Brig. Gen. Clement Coward, who said he met King seven years ago and was “immediately impressed with his style of leadership, his tactical and technical competence, his understanding and having a vision — taking a very small intent and turning it into a major operation.”

King thanked Coward for his leadership and friendship in the last few years, then addressed the crowd.

“To all of our Soldiers and their families: I am immensely proud of all that you can do, and words can’t say enough to support your dedication and your sacrifices,” King said. “I’ll assure you, you are making a difference. Your ability to execute your mission and adapt to changes amazes me. Thank you all for your dedication. Be proud of what you do.”

And for 69th ADA Bde., there is much to be proud of, as the unit modernizes its equipment.

“1-62 ADA Battalion is now undergoing an aggressive period of the modernization of their Patriot missile equipment,” Coward said, before detailing all the missions the brigade is taking place in throughout the world. “And finally, in response to the Sept. 14 attacks in Saudi Arabia, 4-5 ADA Battalion continues their deployment into the Kingdom. We wish them luck and a speedy return. I could not be more proud in the accomplishments of these fine Soldiers.”

Coward then spoke about the ceremony’s agenda, to bid farewell to one commander and welcome a new commander.

“In the rich tradition of the Army, we bid farewell to one great leader and bring one of equal caliber — the arrival of Ethan Hall,” Coward said. “You are a determined, professional leader, and I know the transition between you and Curt has been seamless. You will be presented with unforeseen challenges, but I know the Army has the right figure in place to lead this great brigade.”

Hall responded graciously to the kind words of encouragement, delivering his message to the Soldiers of 69th ADA Bde..

“The rich history of the brigade has never been written by its commanders or command sergeants major — it was written by you,” Hall said. “I look forward to serving alongside you, and will do my best to keep up.”