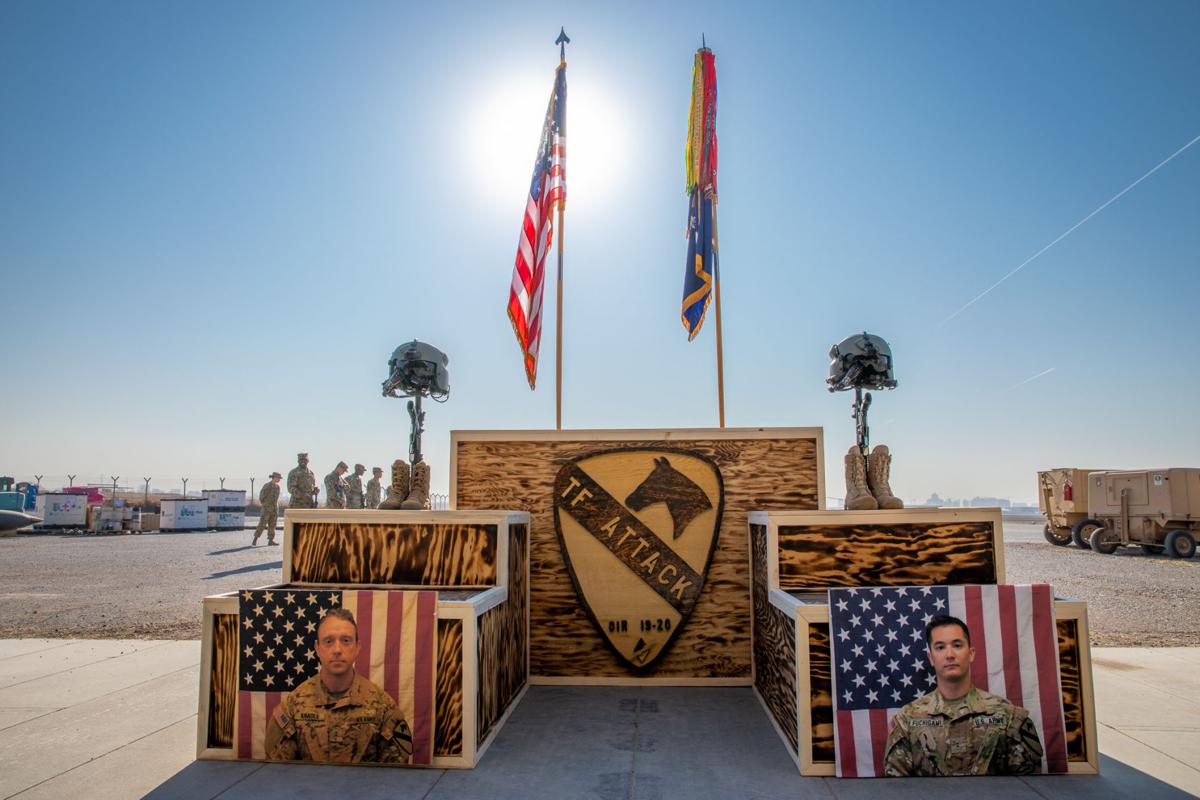 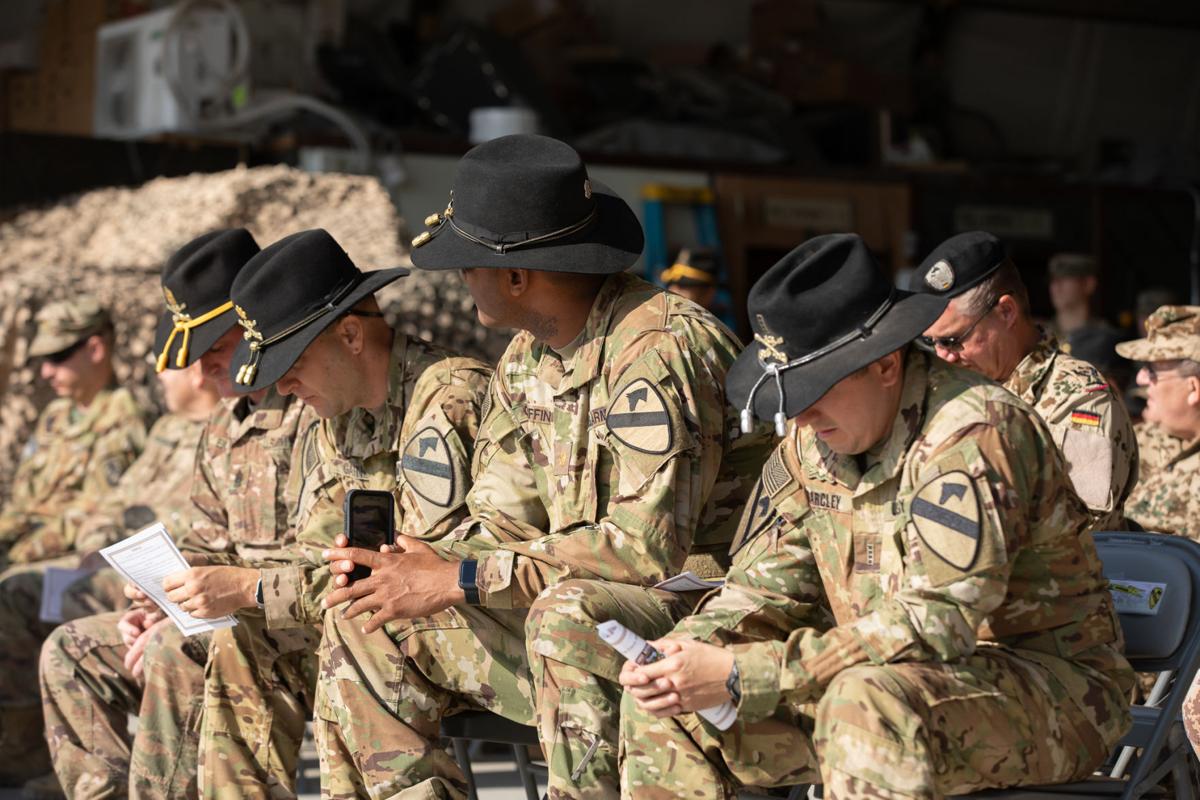 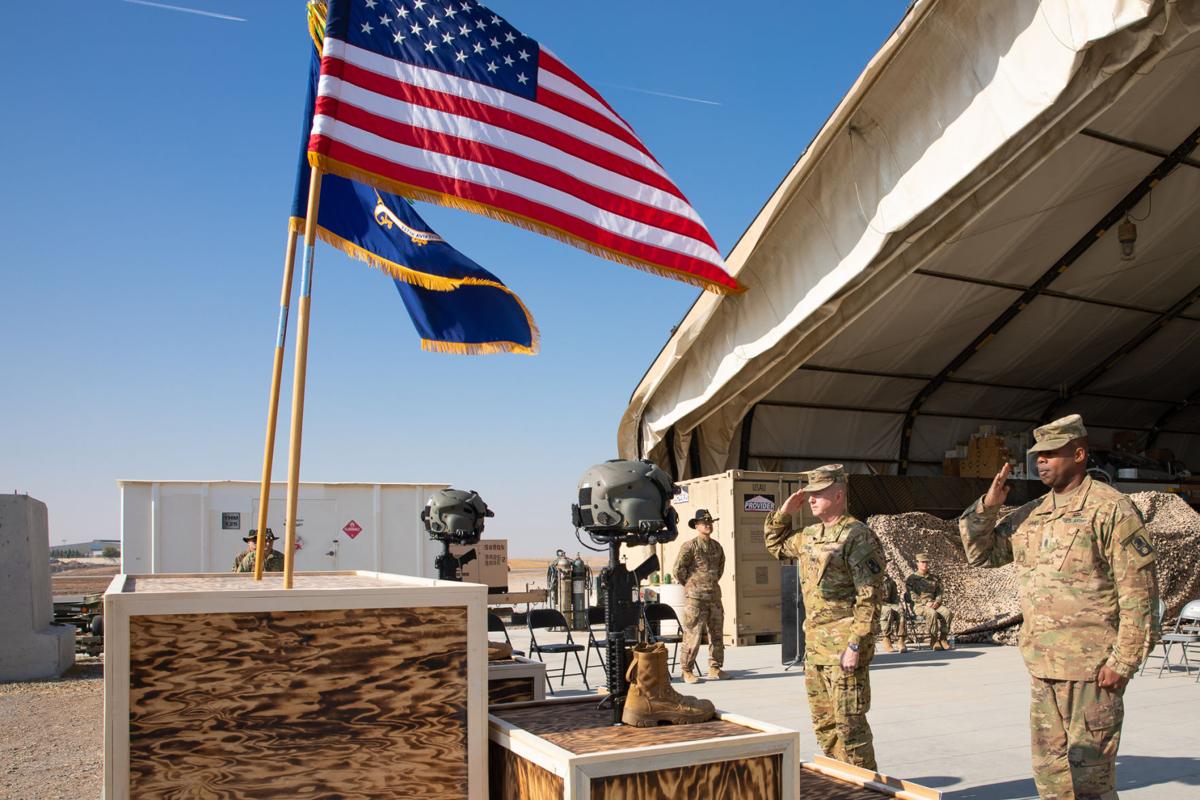 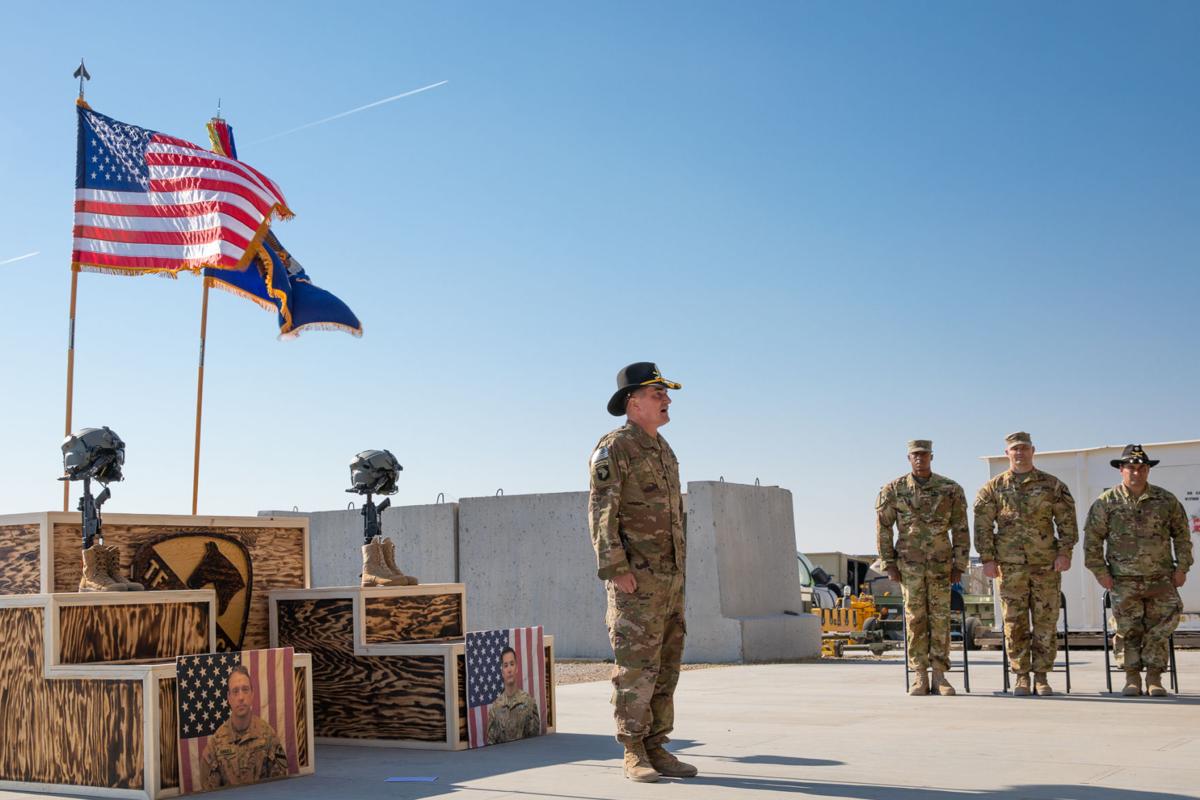 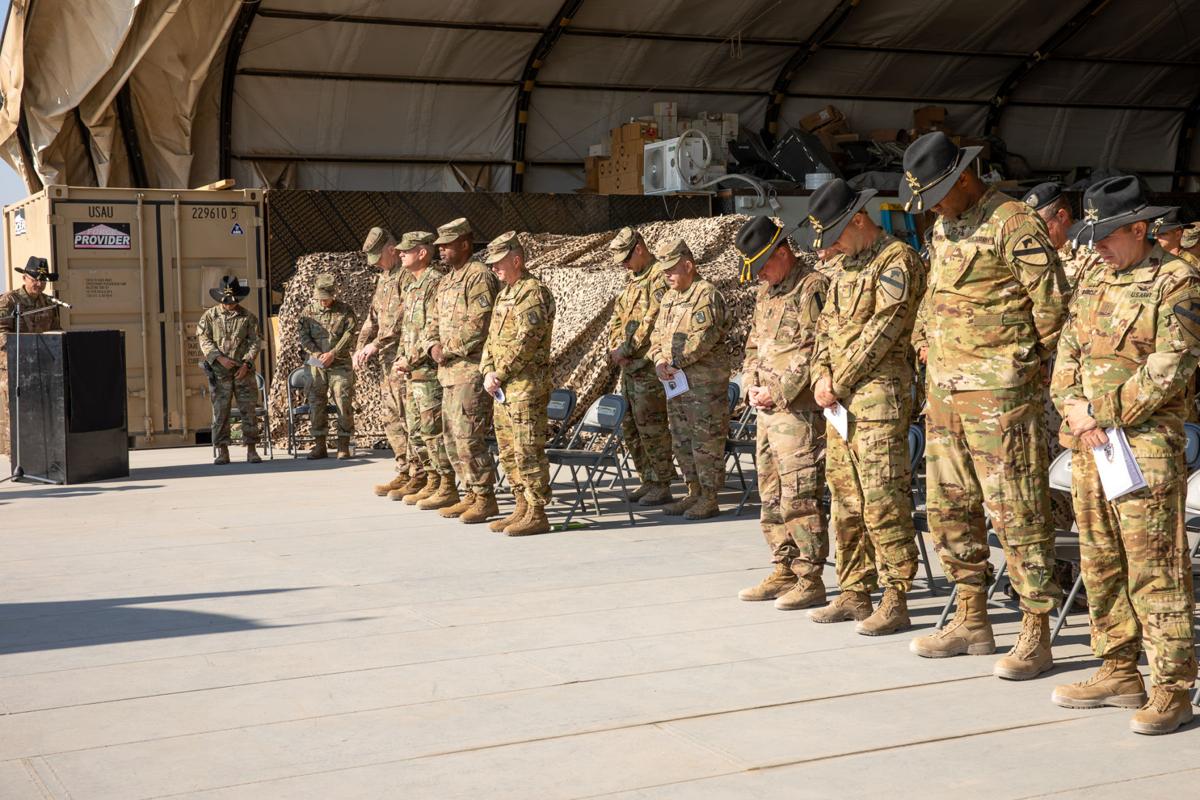 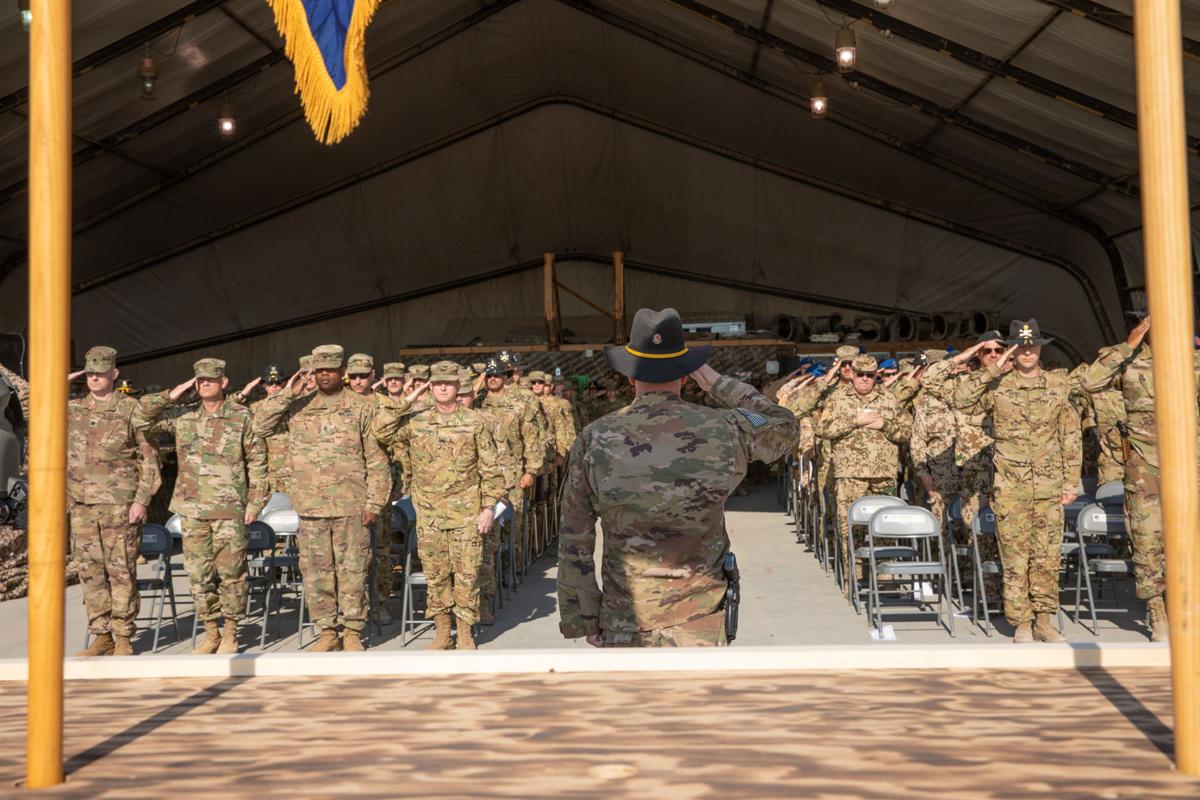 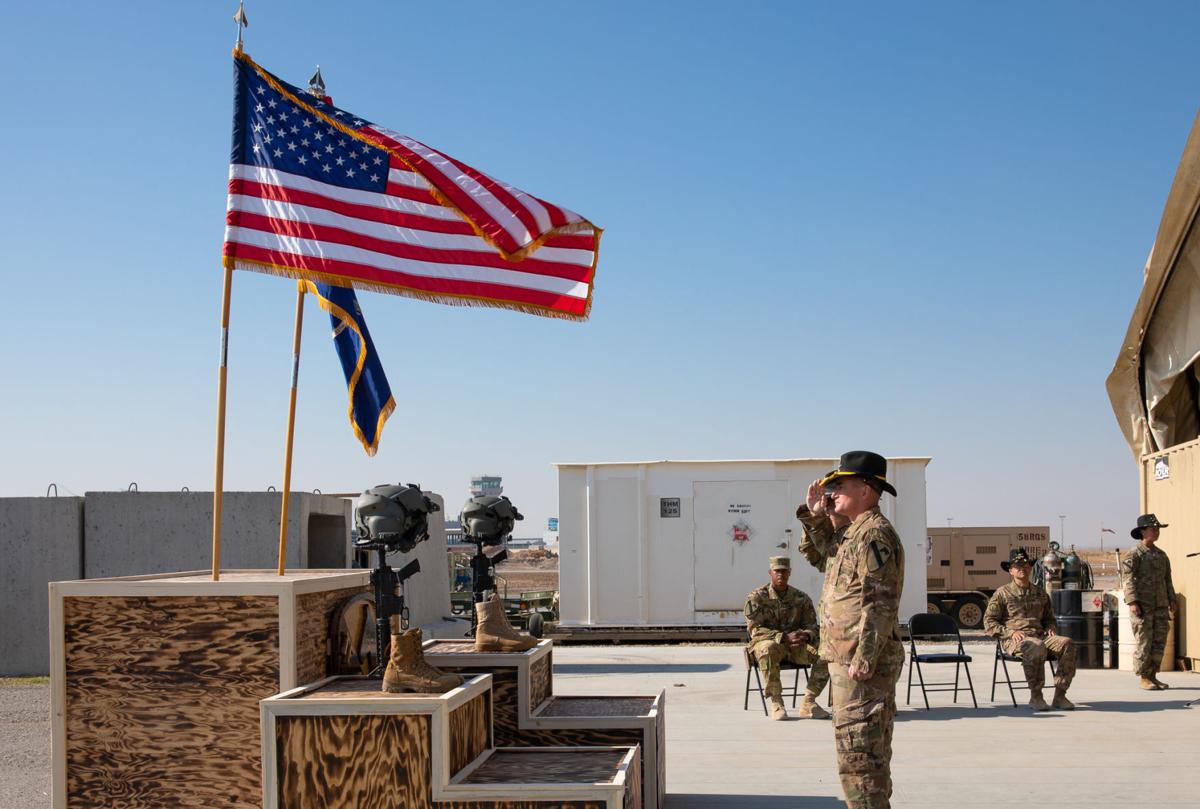 The majority of Task Force Attack Soldiers currently support the Combined Joint Task Force – Operation Inherent Resolve in Iraq, with some elements of the battalion supporting Operation Freedom’s Sentinel in Afghanistan. Knadle and Fuchigami were among those Soldiers supporting OFS when the helicopter they were piloting crashed in Logar Province, Afghanistan.

“Let us always honor their sacrifice and keep them present in our hearts as an inspiration of true courage and reminder that what we do serves a higher cause,” said Camarano.

Col. Allan Cutchin, commander of the 244th CAB and Task Force Warhawk, shared his thoughts on the commitment and selflessness that goes into being an Army Aviator.

“We are in a very dangerous business, and despite our best efforts to mitigate risks, sadly these unfortunate events sometimes occur. This was a very somber ceremony, but showed the respect, care and love, these Soldiers have for each other. It is clear that these Soldiers will not let the sacrifices of their two fallen brothers to ever be forgotten” Cutchin said.