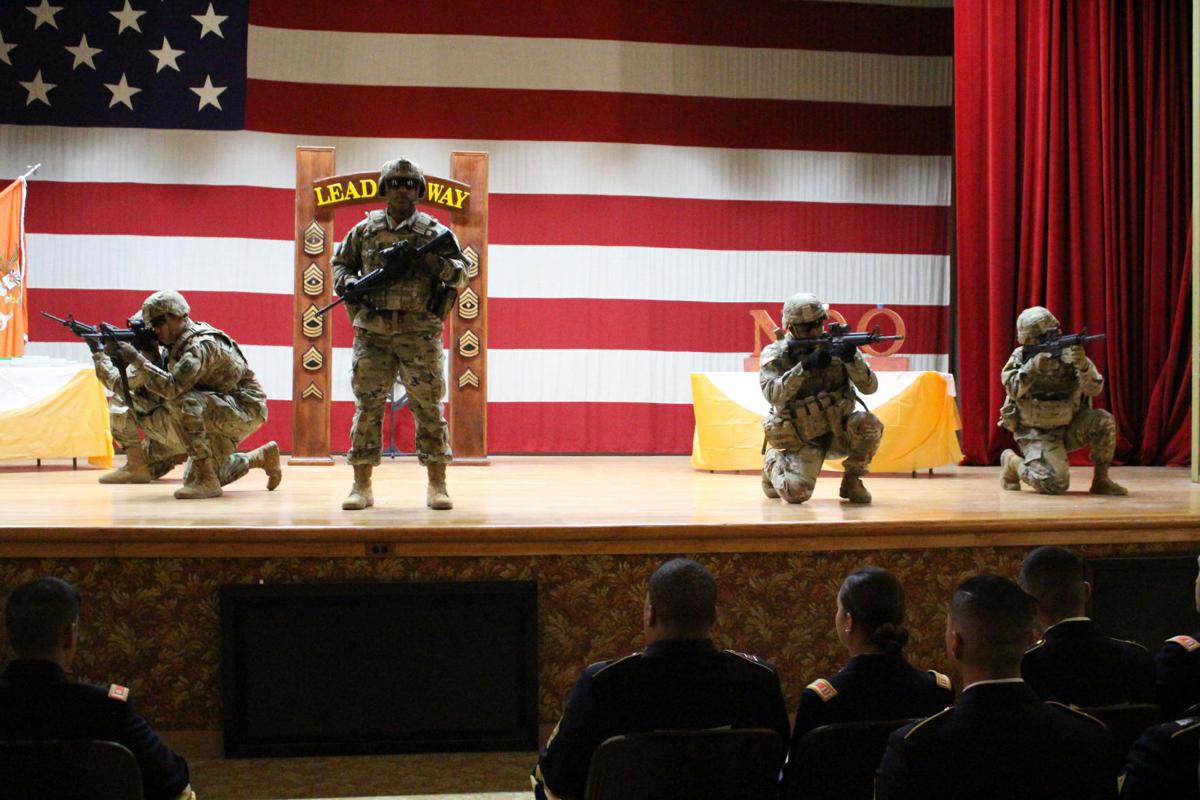 Soldiers assigned to 86th ESB, 11th TTSB, perform a presentation showcasing the important role of a NCO during their NCO induction ceremony Dec. 13 at Soldier Hall at Fort Bliss. 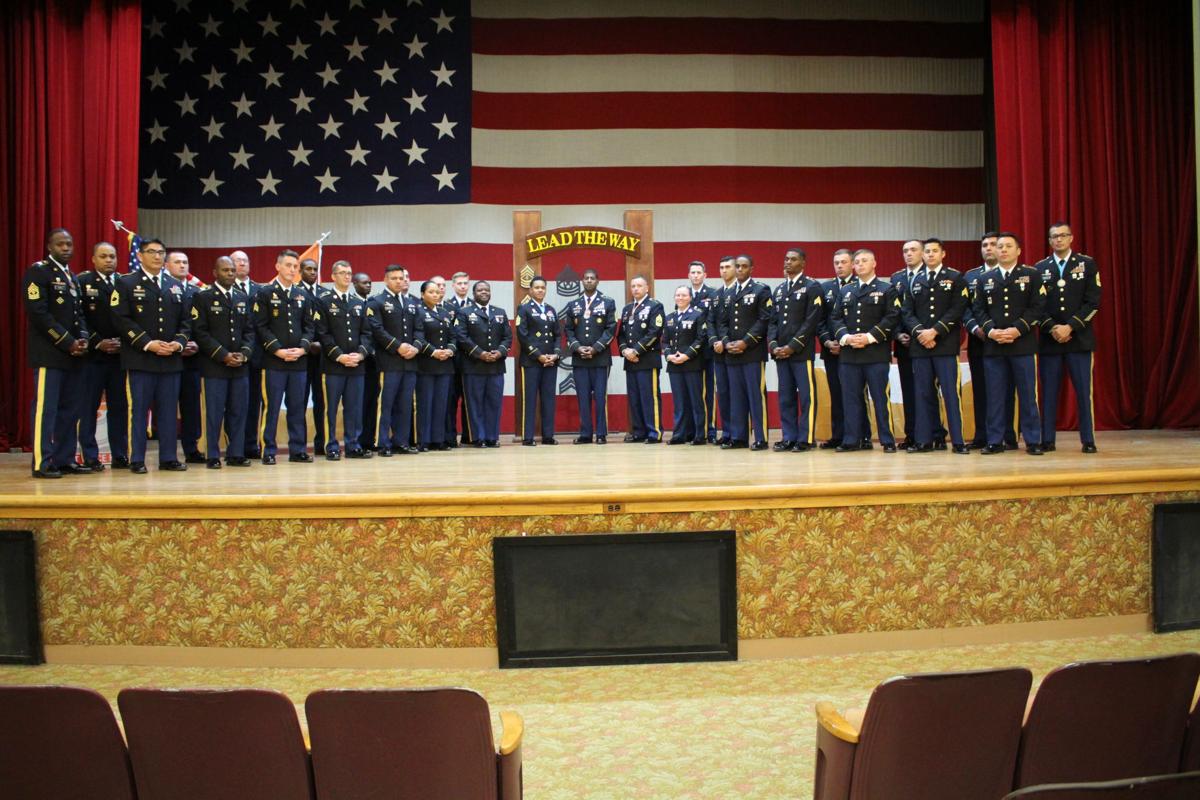 Leaders and Soldiers assigned to 86th ESB pose for a portrait with new inductees at the conclusion of the NCO induction ceremony Dec. 13 at Soldier Hall at Fort Bliss.

Soldiers assigned to 86th ESB, 11th TTSB, perform a presentation showcasing the important role of a NCO during their NCO induction ceremony Dec. 13 at Soldier Hall at Fort Bliss.

Leaders and Soldiers assigned to 86th ESB pose for a portrait with new inductees at the conclusion of the NCO induction ceremony Dec. 13 at Soldier Hall at Fort Bliss.

FORT BLISS — The noncommissioned officer induction ceremony is an Army tradition, in which leaders and Soldiers come together in celebration of newly promoted sergeants who are joining the ranks of the professional NCO Corps.

Many NCO induction ceremonies are fashioned after the NCO rite of passage that traces its roots back to the Army of Frederick the Great, in the 17th century, and still hold traditional importance today.

Richardson has great expectations for future sergeants based on the traditional values of the Army.

“My primary expectation of newly promoted sergeants are for them to understand they are servant leaders,” Richardson said. “The term sergeant comes from servant. If they understand this and live by the creed of the noncommissioned officer, they will be successful and have the ability to carry on.”

During the new sergeant induction, a candle lighting ceremony was conducted, which symbolizes an important part of military history in the NCO Corps.

“This ceremony is important to me, because it gives more insight to the history of the NCO Corps and shows everyone in attendance, the importance of becoming a sergeant,” Sgt. Blake Dumas, an inductee assigned to B Co., 86th ESB, 11th TTSB, said. “This ceremony reinforces how much more responsibility the rank of sergeant has, not only to lead Soldiers, but to uphold the traditions of the Army.”

Following the candle lighting, Command Sgt. Maj. Linwood Barrett, 11th TTSB, took the stage as the guest speaker. During his address, he let Soldiers know what the acronym NCO also stood for.

“The N stands for ‘not about you’. The C for ‘communicate often’ and the O for ‘observation is key’,” Barrett said.

As he addressed the inductees, Barrett went on to elaborate what it means be a servant leader.

“Your actions, words and deeds should be focused on taking care of your Soldiers,” Barrett said. “Over communicate, if need be, to ensure the mental and physical health of your Soldiers. You are the first line of defense. Take time to learn and observe your Soldiers in order to get them through hard times and back in the fight. Remember, we are the backbone of the Army.”

The newly inducted sergeants look forward to applying the charges given by Barrett.

“I look forward to leading, teaching and motivating Soldiers, not just to be the best Soldiers they can be, but to also be the best human beings they can be in society,” Sgt. Terrick Thomas, an inductee, assigned to A Co. 86th ESB, 11th TTSB, said.

“I strive to be that leader who will always be there when my Soldiers need me — to motivate them, show them what right looks like and most importantly, show them I care,” Thomas said.